I decided to take advantage of the most settled weather day we have had for a while, and go up a mountain which I rarely use for avalanche forecasting, Stob Coire Sgreamhach. I took the normal route up the Lost Valley to the col at the top, and then along the ridge to the top. Give the amount of snow it collects and the general angle of the terrain the head of the Lost Valley would be a hazardous place to be in avalanche conditions. However, today it gave a pleasant day out. 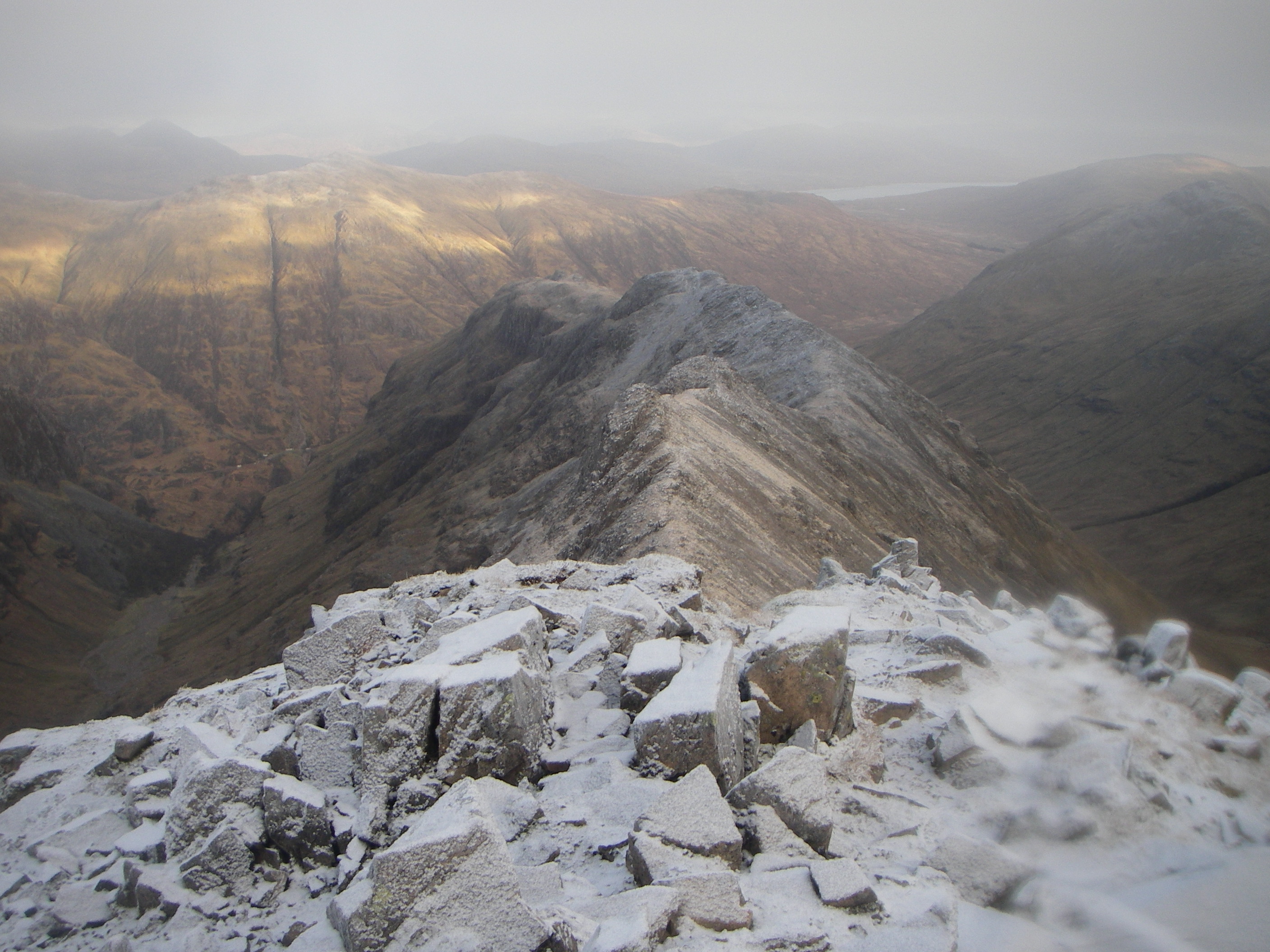 Looking North East from the summit along the crest of Beinn Fhada. 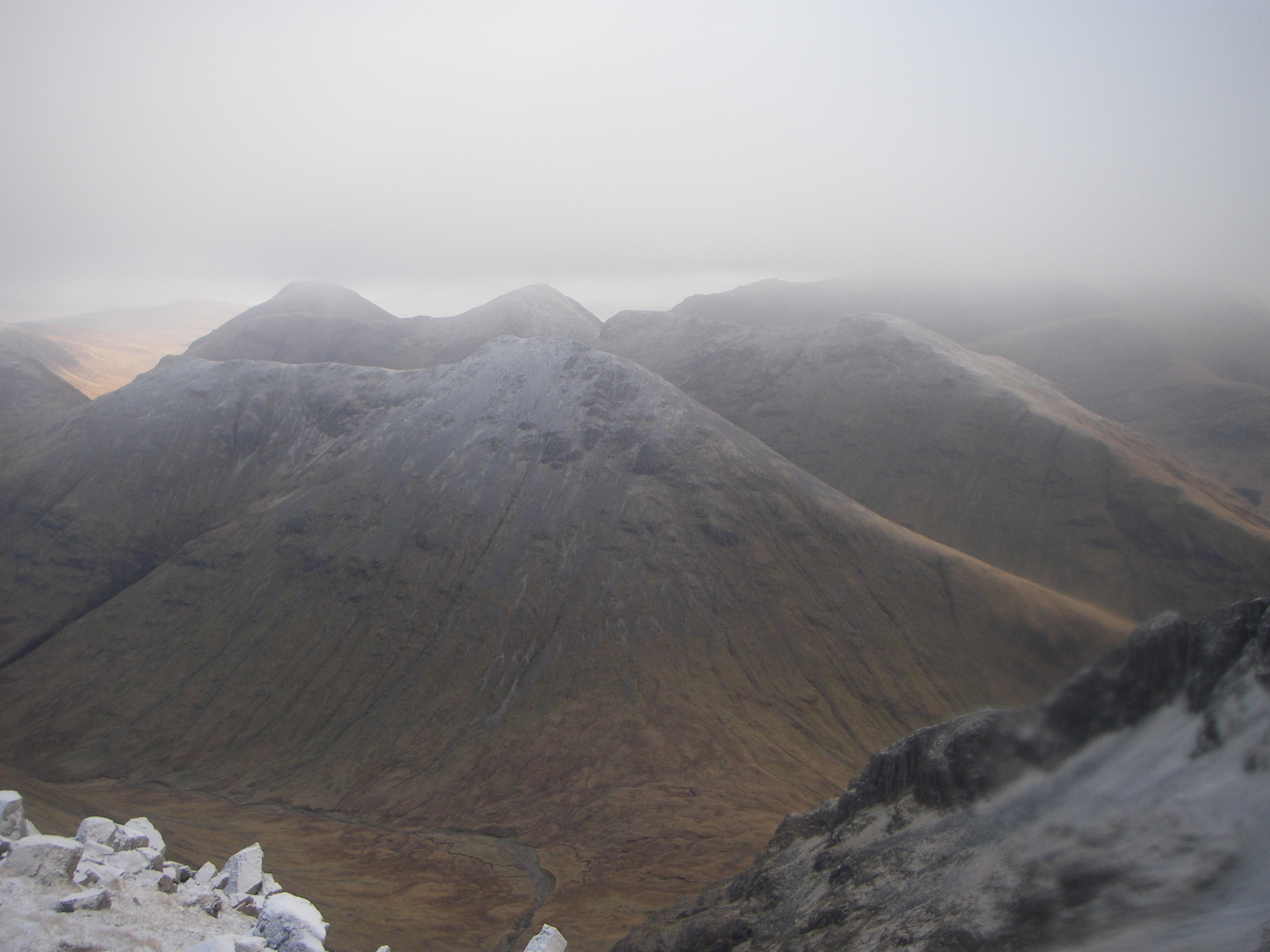 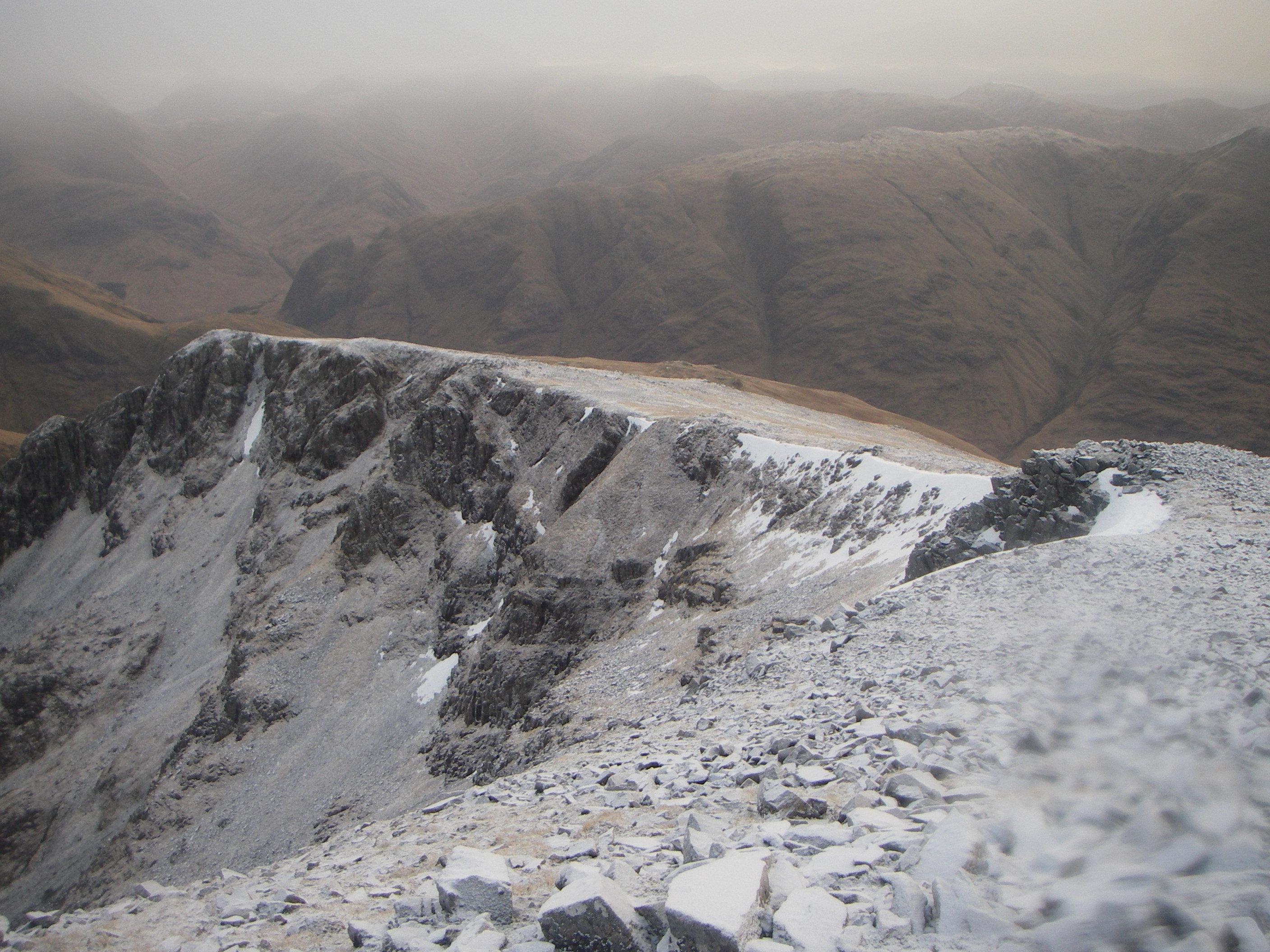 A very slight dusting of new snow and some patches of old hard snow near the coire rim just South East of the summit. 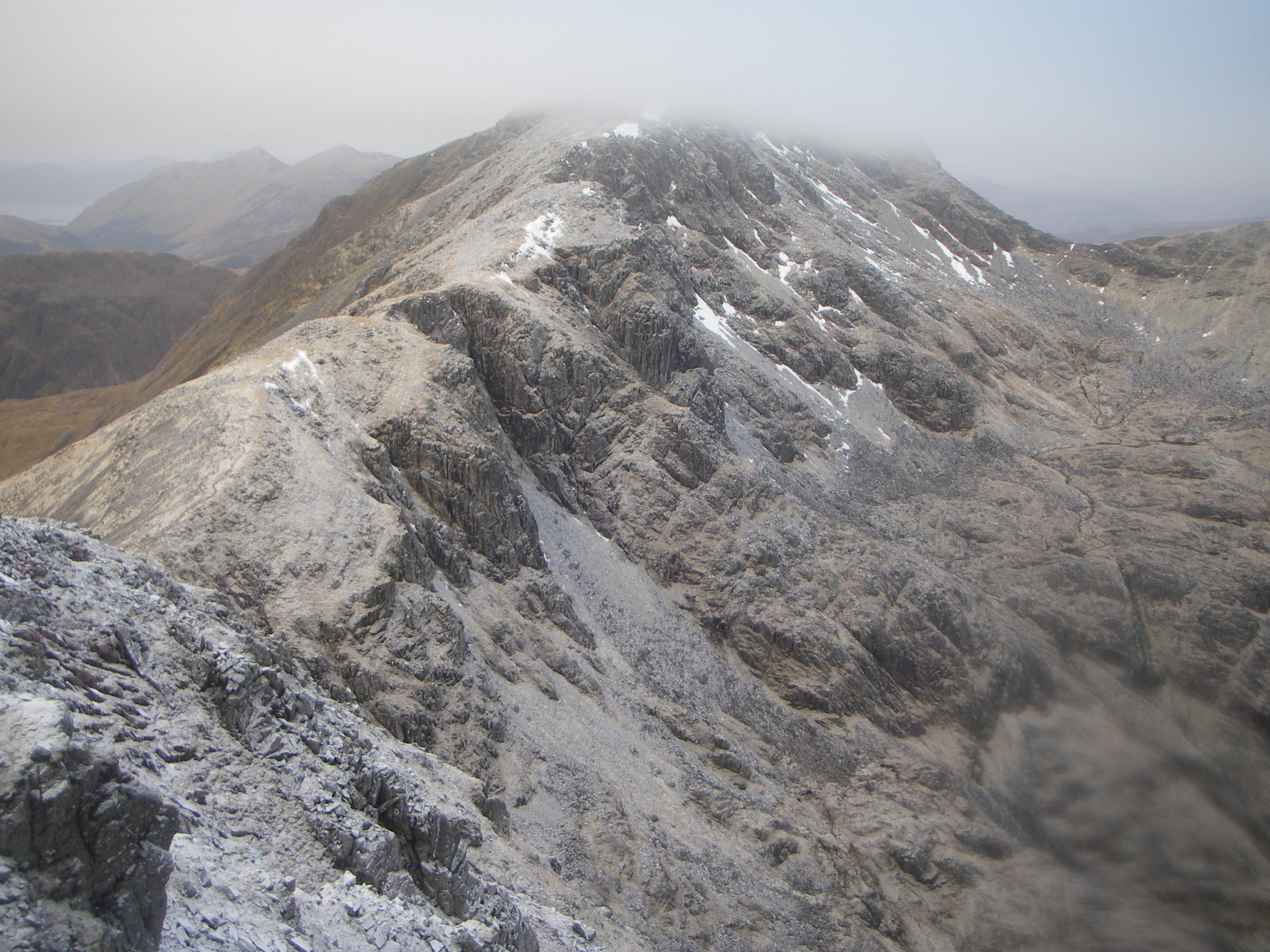 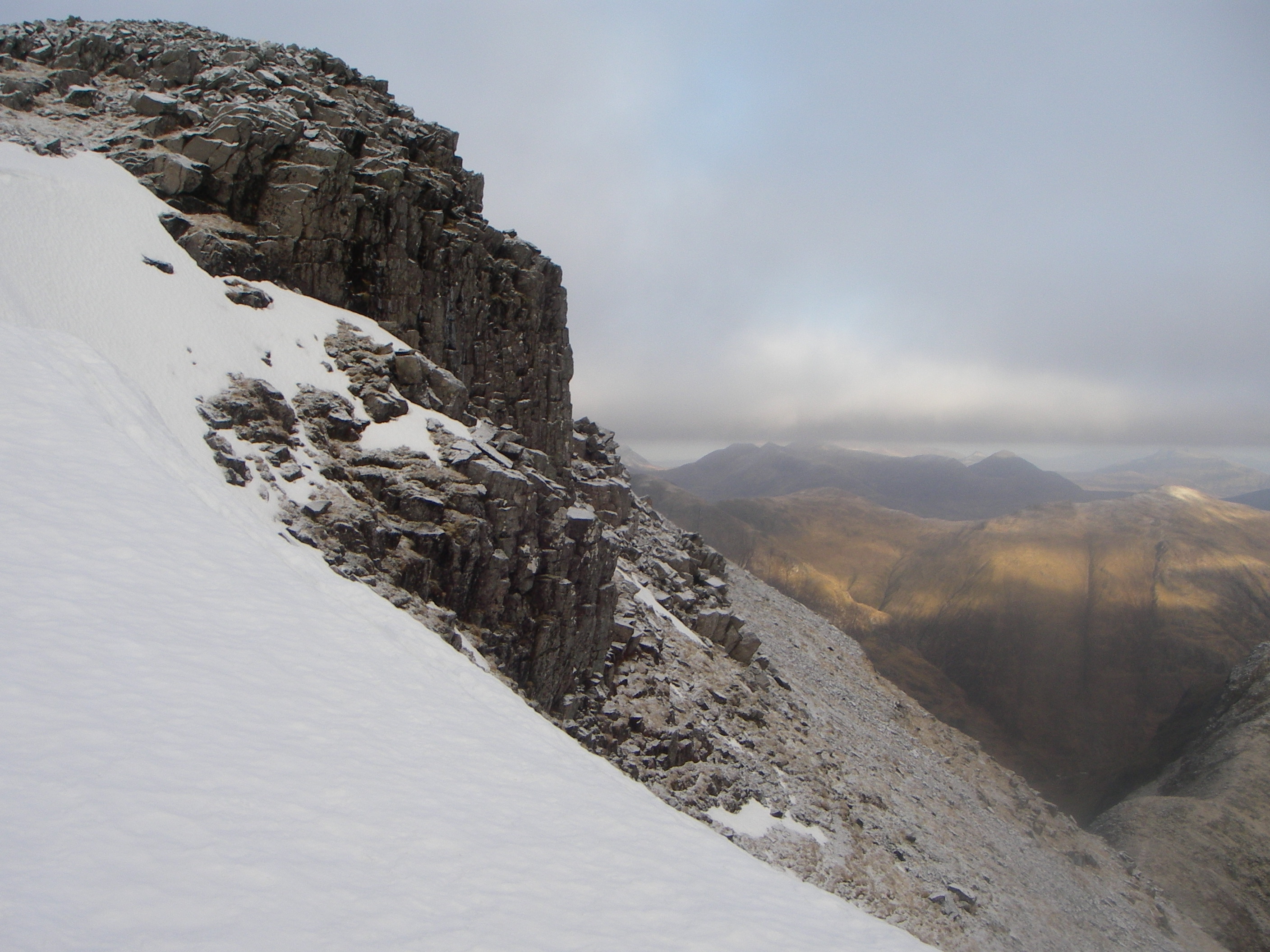 The biggest snowpatch I found today just East of the summit.Â 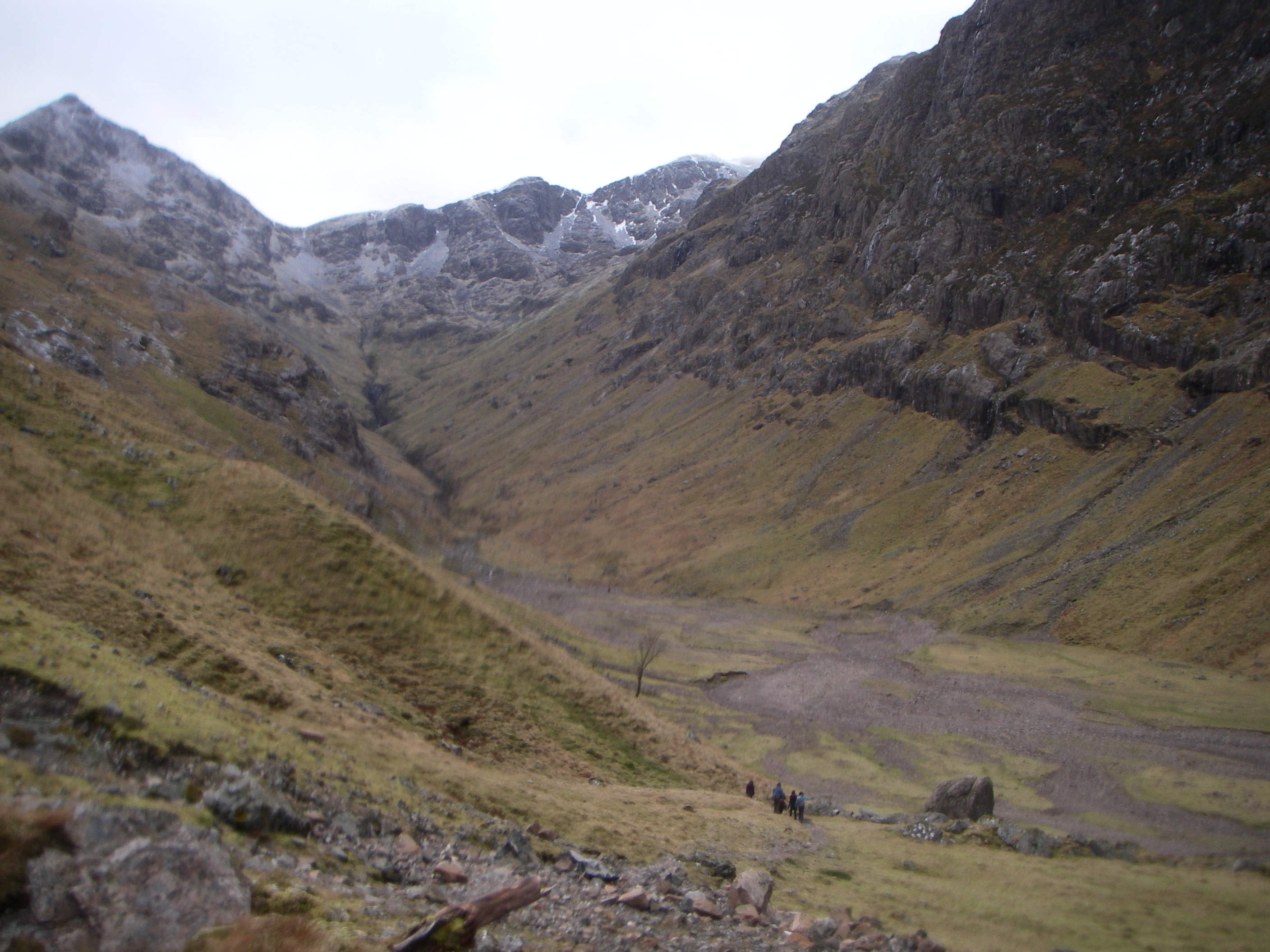 The Lost Valley. Stob Coire Sgreamhach is the pointed peak in the back left of the picture. 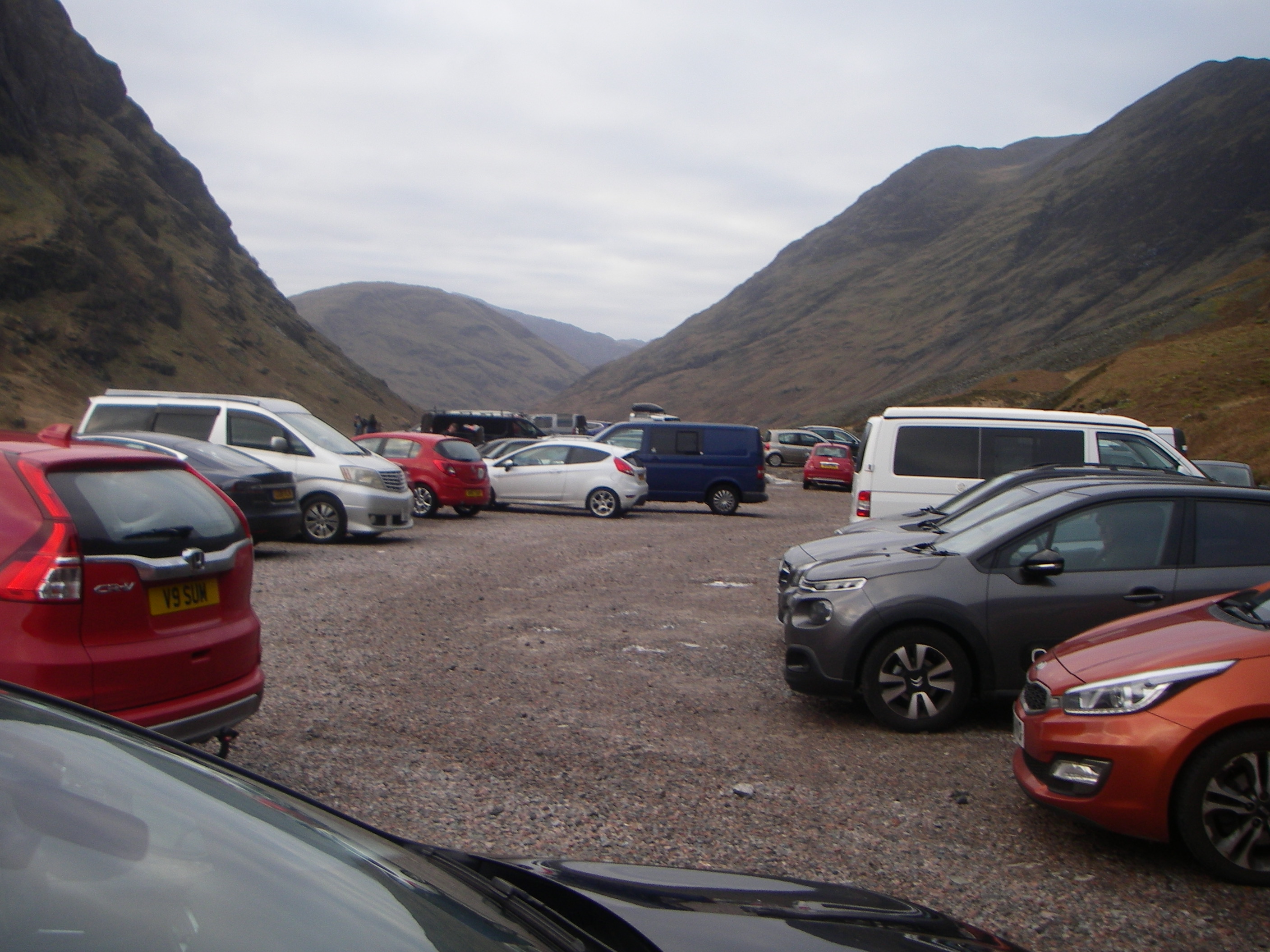 The carparks around Glen Coe were pretty busy today. There were plenty of people out enjoying the best best weather day we have had in a while.