It was another mild day, ten degrees celsius at sea level this was accompanied by fairly persistent rain at all levels which gave poor visibility above 650 metres, it became slightly drier in the afternoon. The winds were fresh to strong from a South-Westerly direction. The snowpack is wet and generally well bonded but it has diminished further. 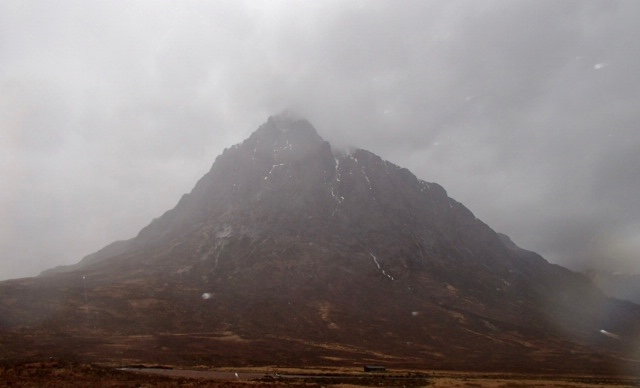 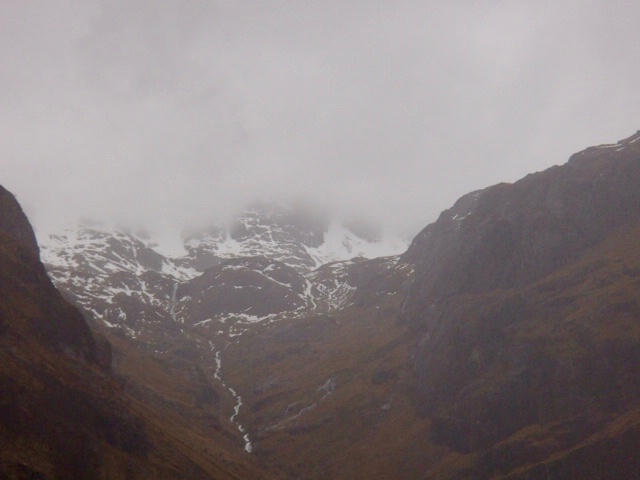 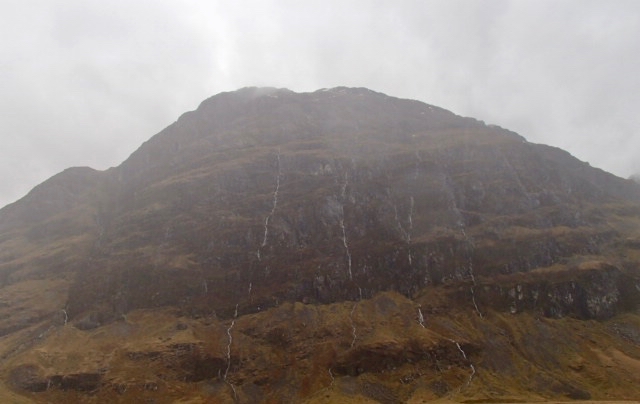 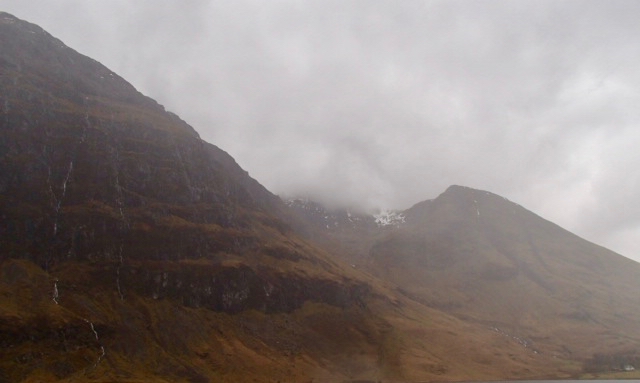 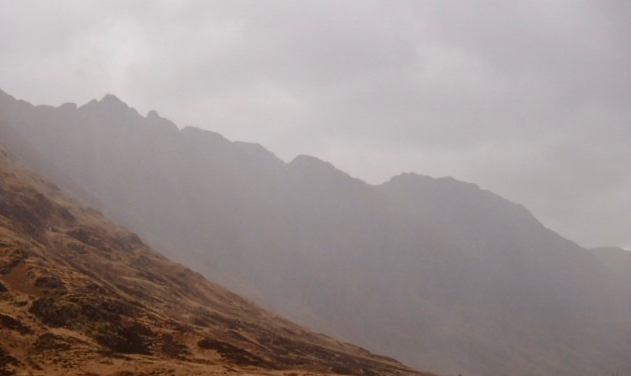 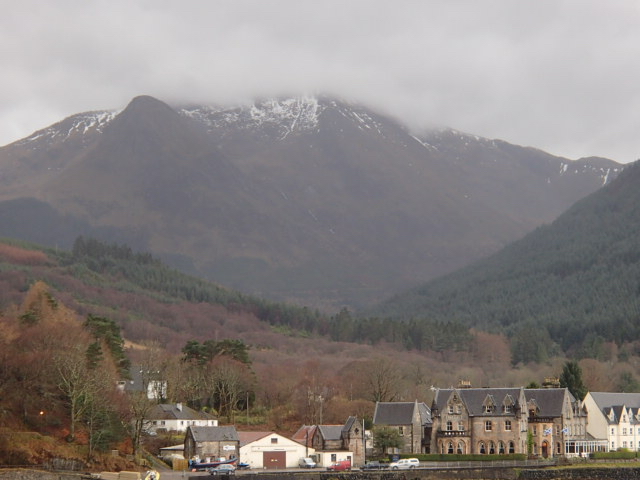 Sgorr Dhonuill with the Ballachulish Hotel in the foreground