A pleasant wintry day after a mild spell

A brief mild spell affected the area with rain at all levels during the night and early hours of this morning. The freezing level then lowered to around 600 metres during the day which was predominantly dry with fresh Westerly winds.Â The surface layer of snowpack was rain affected at all levels followed by a re-freeze leading a surface crust above 600 metres. Some localised deeper drifts and areas of moderately bonded soft windslab still persist in sheltered areas such as summit gullies and on slopes with a North through to Easterly aspect mostly above 900 metres, gully exits and steep corrie headwalls are particularly affected. The avalanche hazard is Moderate. 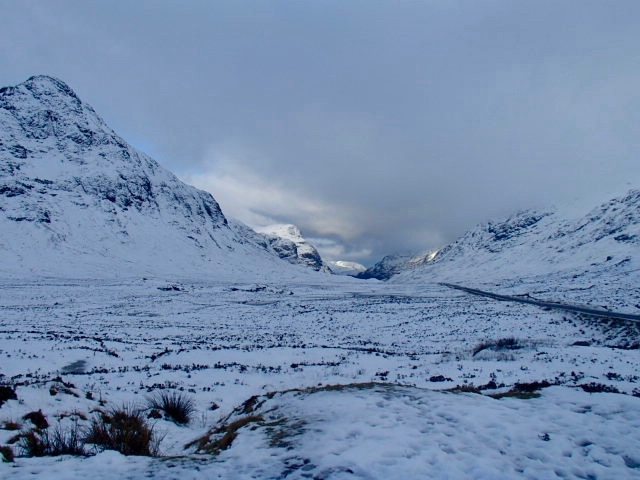 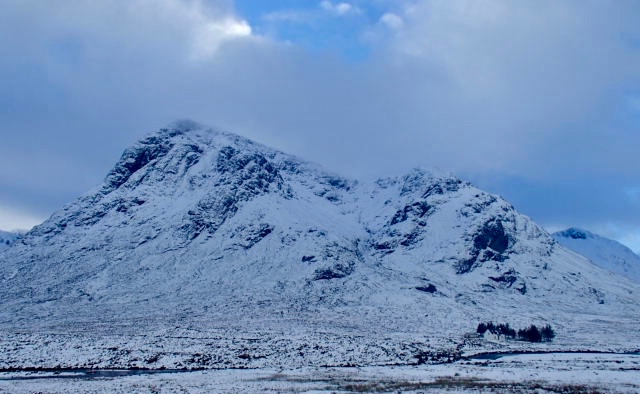 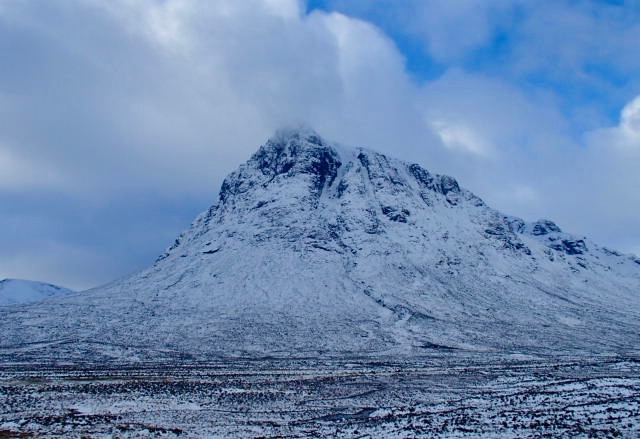 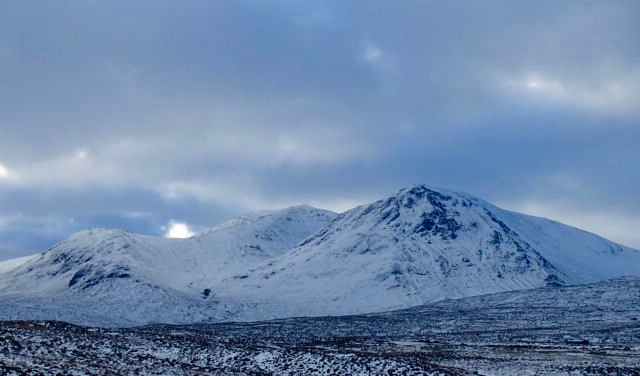 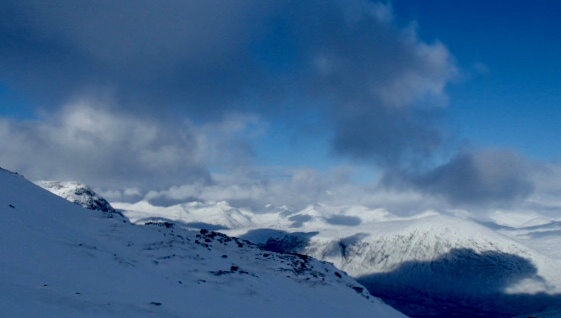 Summit of Buachaille Etive Mor on the left looking towards the Mamore hills, Ben Nevis Â in the clouds 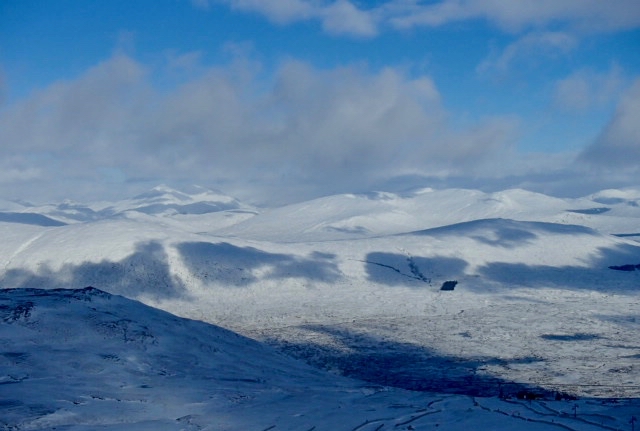 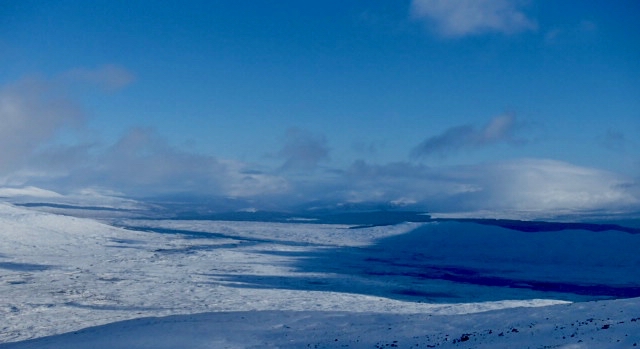