Overnight, a frost at all levels the freezing level then slowly rose during the day to near summit levels. It was a dry morning followed by some light precipitation which fell as snow at first above 800 metres, then sleet/rain later in the afternoon. The winds were fresh from a Southerly direction. Tomorrow there’s a change a foot and the snowpack will become moist at all levels during the night and early hours of the morning leading to wet snow instabilities on steeper slopes and cornice collapses. The snowpack consolidating as the freezing level lowers again in the day. New accumulations of windslab will form in sheltered locations, with the greatest deposits on North-West through North to East aspects mainly above 850 metres with gully exits and steep corrie headwalls particularly affected. The avalanche hazard will be Moderate. 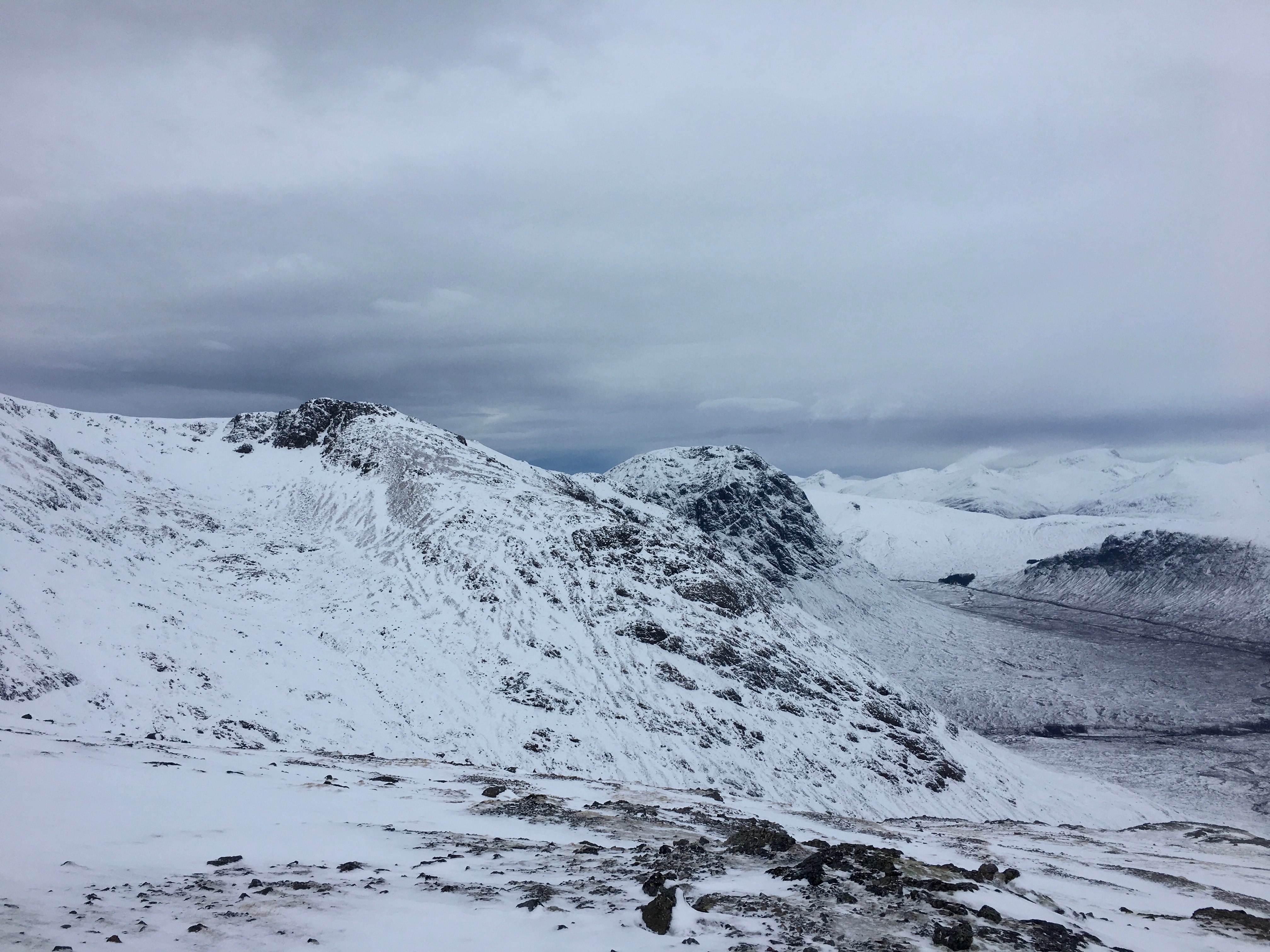 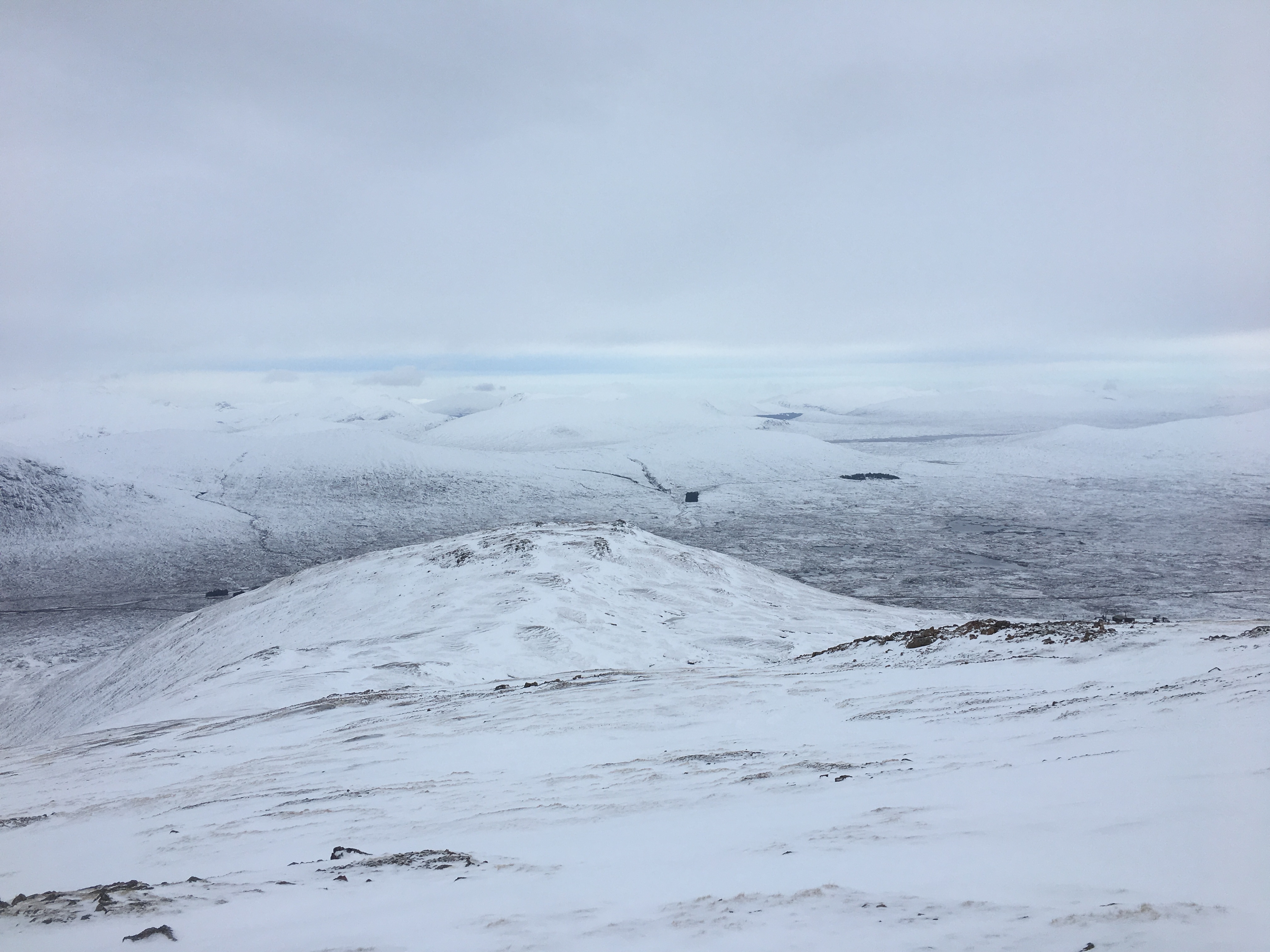 Looking down to Creag Dubh with Rannoch Moor beyond 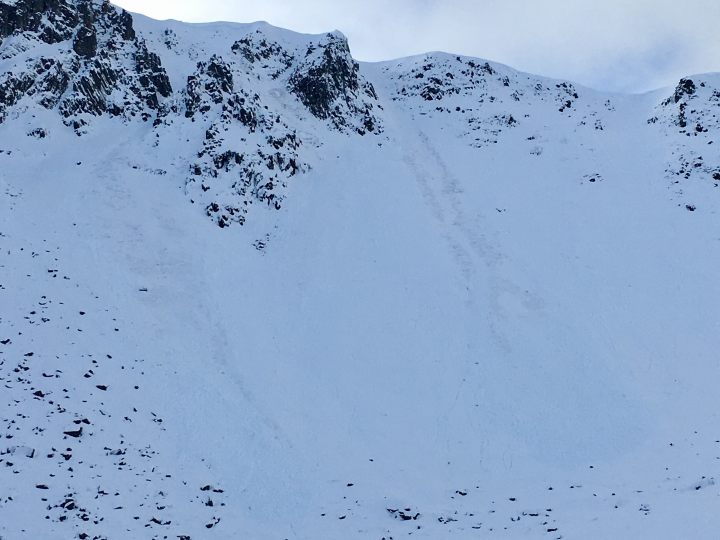 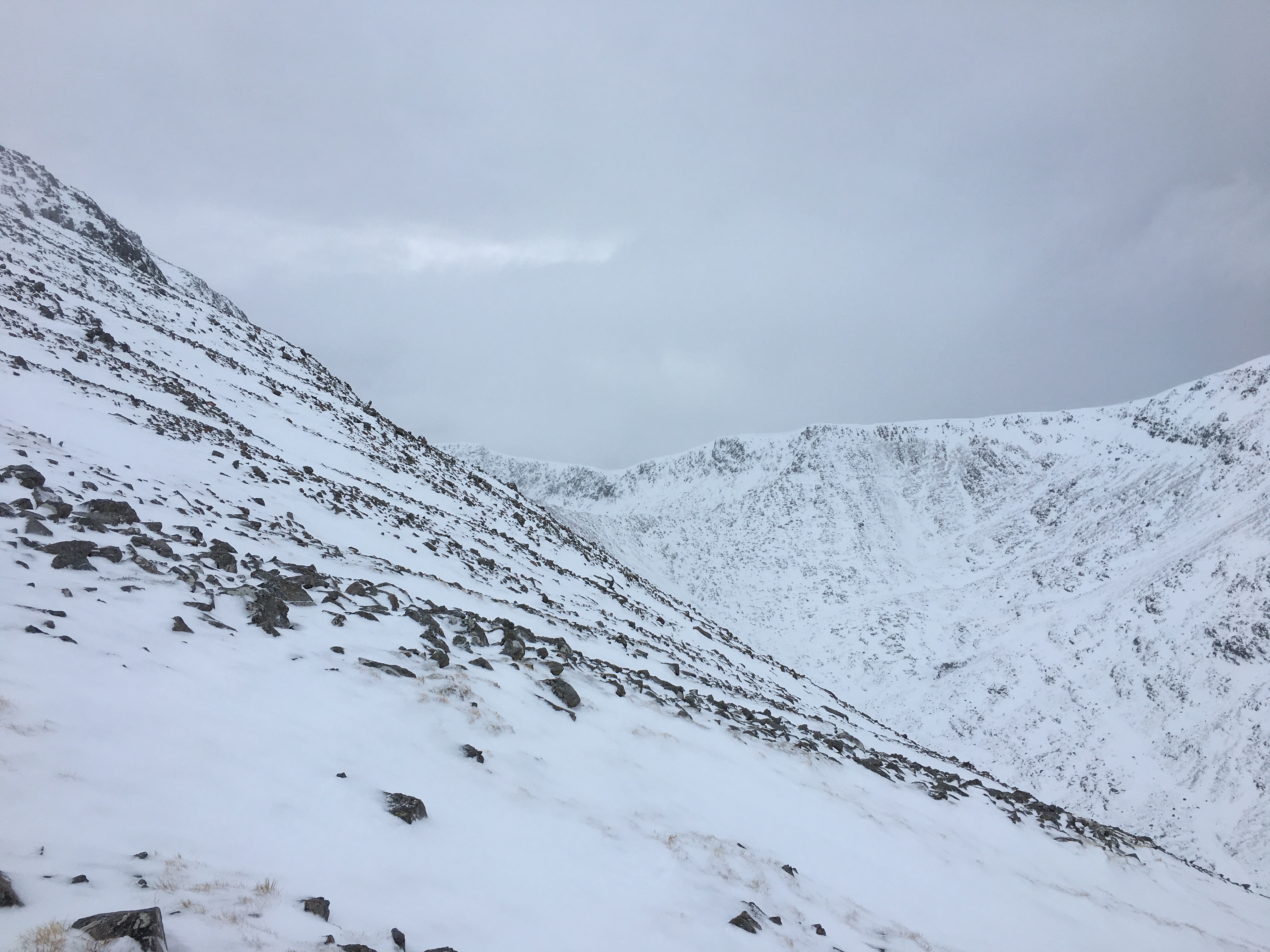 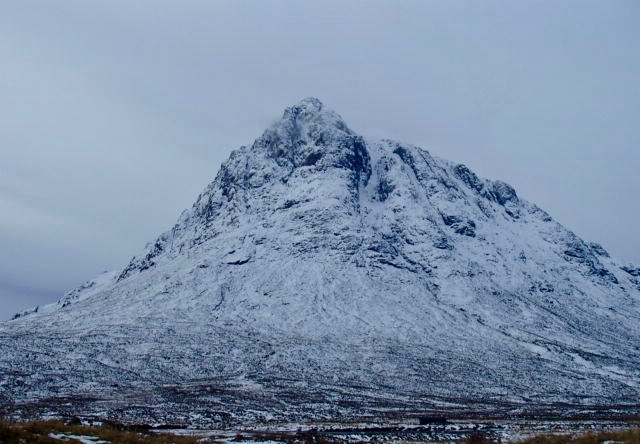 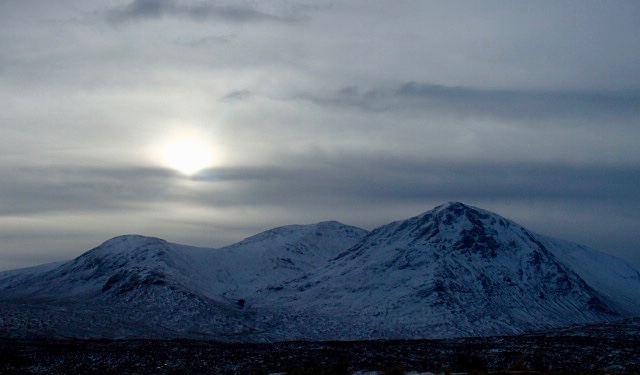 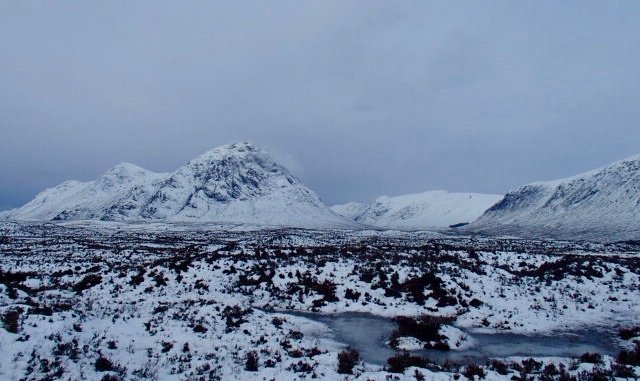