The weather was looking pretty threatening with a leaden sky hanging over Glen Coe today. However, there were only few showers, with the fresh deposits being negligible. It was quite cold with the older snowpack remaining hard and icy. 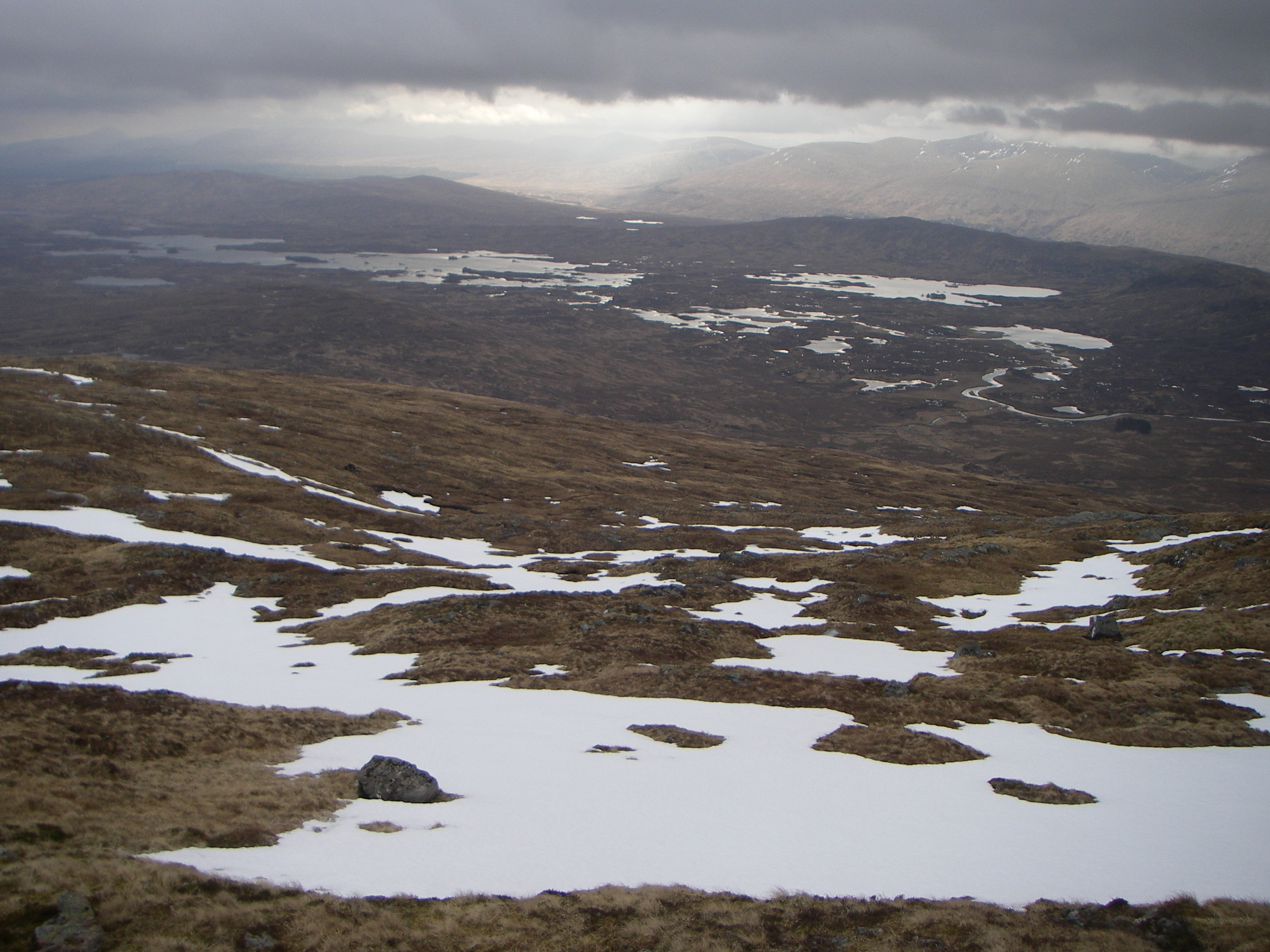 Looking out over the Rannoch Moor.Â 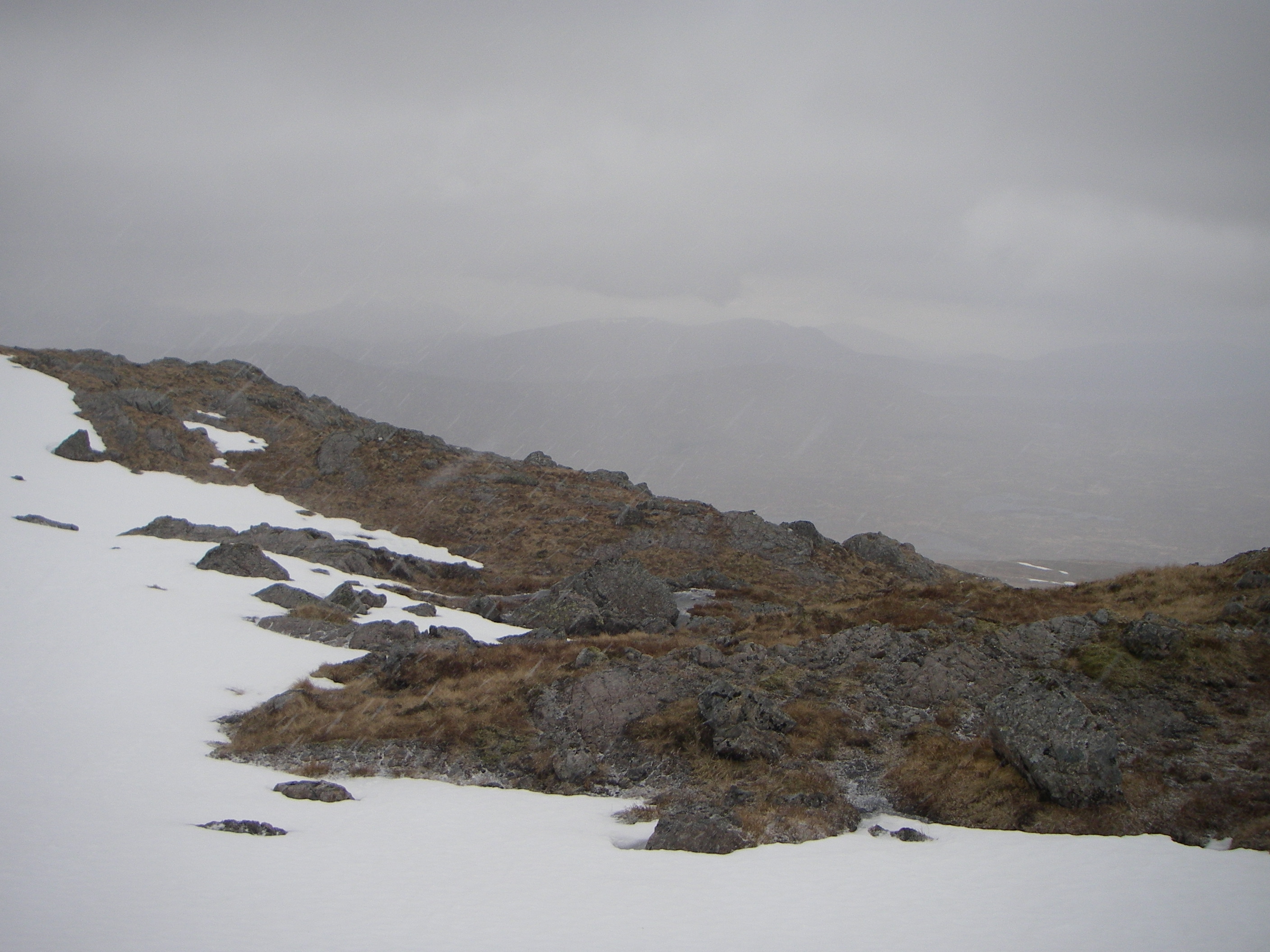 There were some snow showers through the day. However, fresh snow amounts were very small. 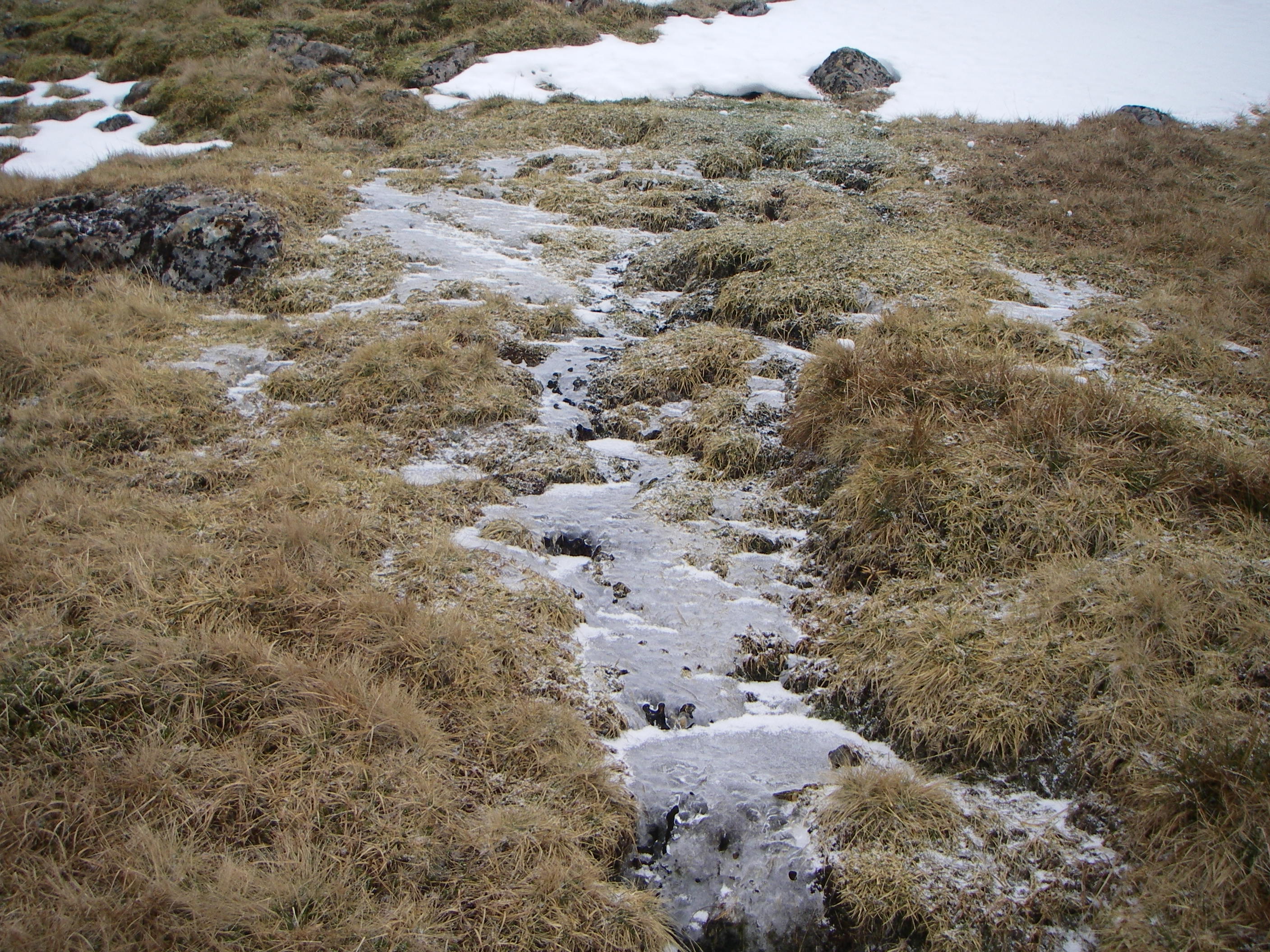 It has been quite cold. The surface of this wee stream has frozen, and then the water source has either dried out or frozen, leaving this dribble of ice. 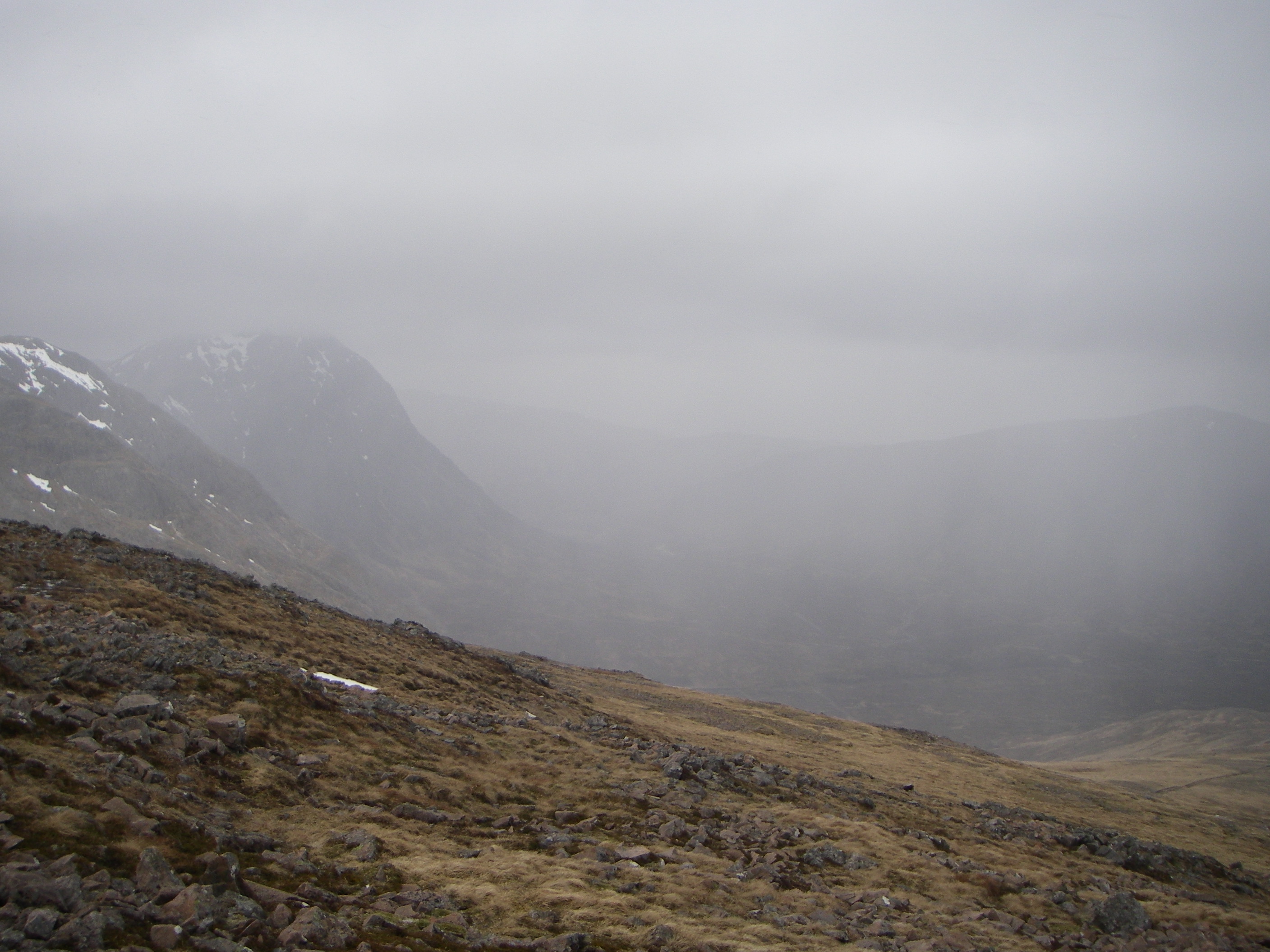 Pretty ominous looking down the glen. However, the showers did not come to very much. 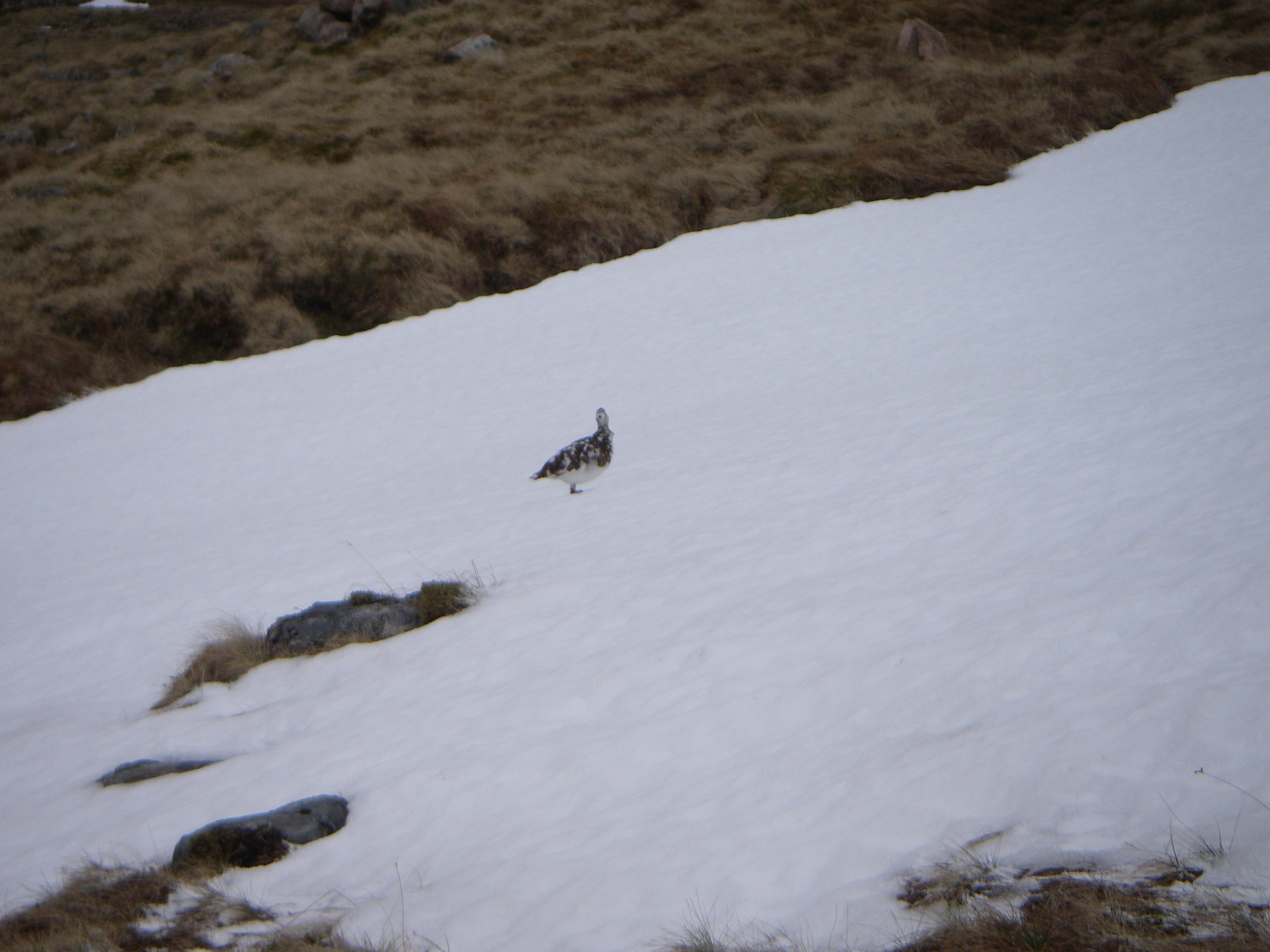 A ptarmigan starting to change into it’s summer colours. The word ptarmigan comes from the Scottish Gaelic tÃ rmachan, literally croaker. Apparently the silent initial p was added in 1684 by Robert Sibbald through the influence of Greek, especially pteron meaning, “wing”, “feather”, or “pinion”.