Today was colder than of late with a dusting of new snow over the highest summits (ie over 950 metres). A melt freeze crust is present mainly above 900 metres. The winds were light from a Southerly direction. Yesterdays thaw has stripped snow from lower elevations see photos below to give an idea of snow cover and levels. 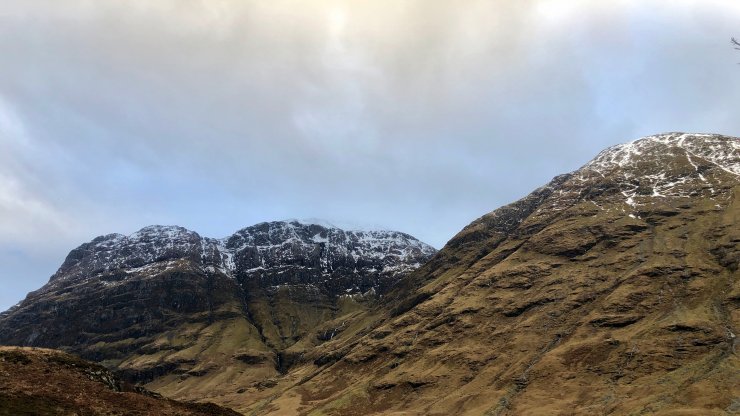 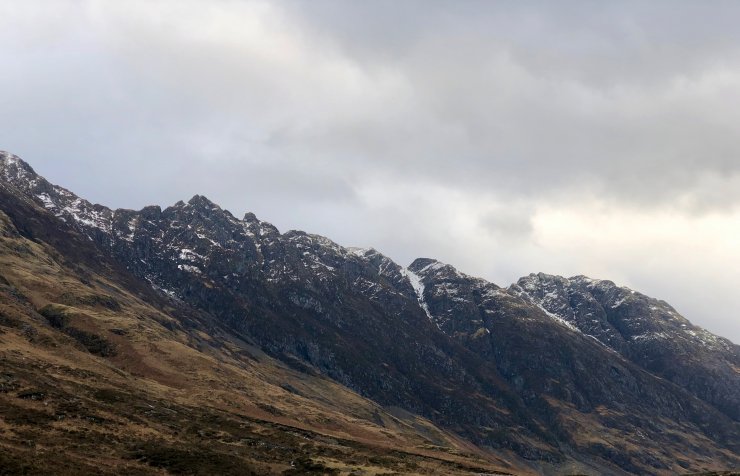 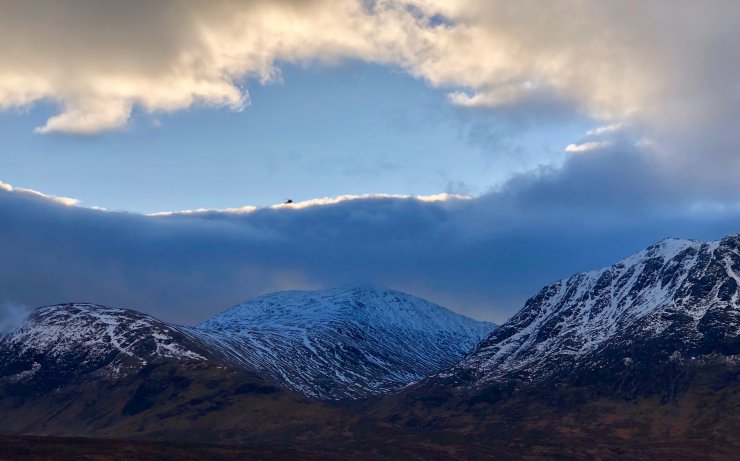 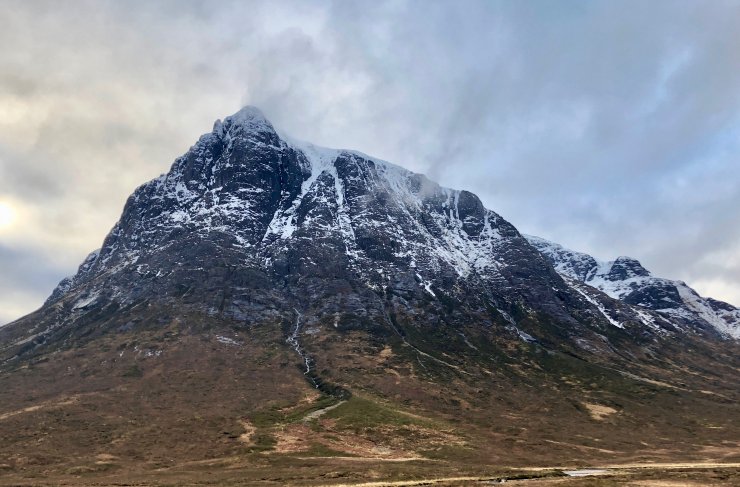 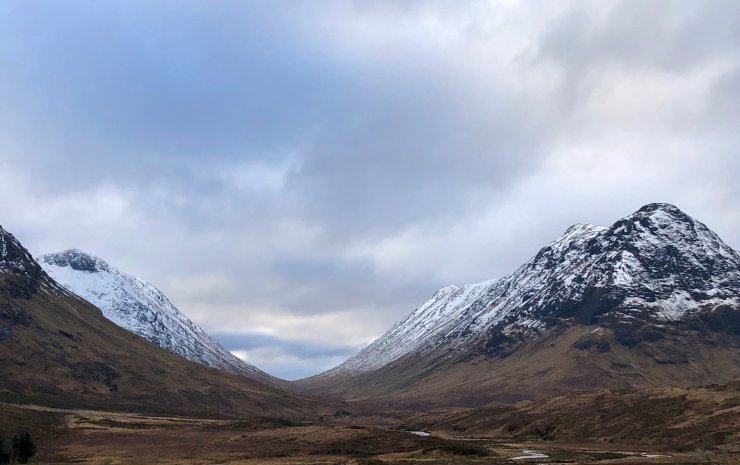 On the left Stob Coire Altruim and Buachaille Etive Beag on the right with Lairig Gartain in between. 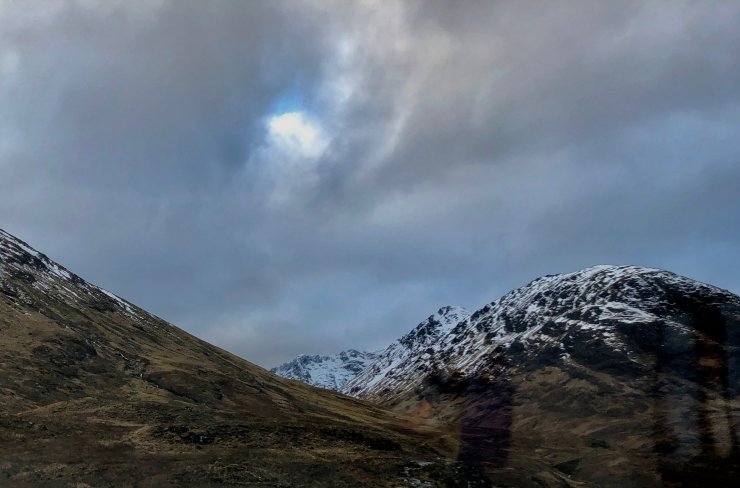 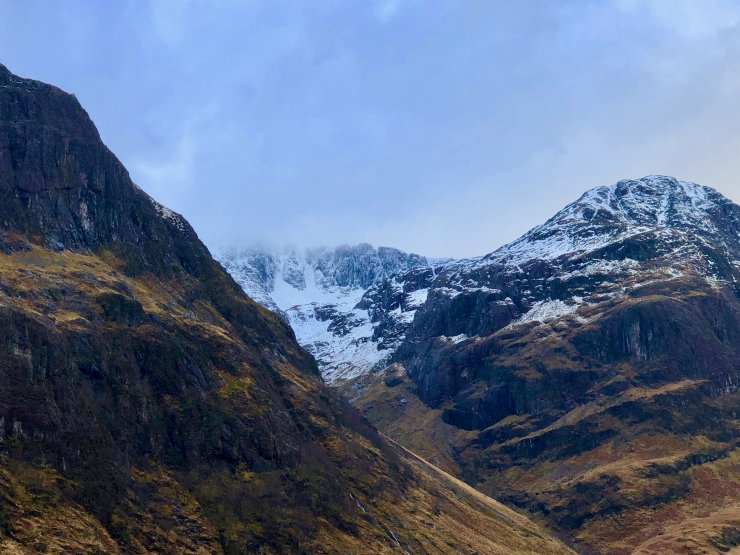