The freezing level was around 1100 metres. Winds were light from a South-Easterly direction, precipitation fell mainly as light rain although some light sleet/snow was noted on occasions.

The snowpack continues to thaw at all levels. Localised instabilities are present in steeper locations with North-West through North to East aspects above 850 metres most affected. On these aspects cornices will be prone to collapse, affecting slopes beneath them. Elsewhere the snow pack is generally well bonded. The avalanche hazard is Moderate. 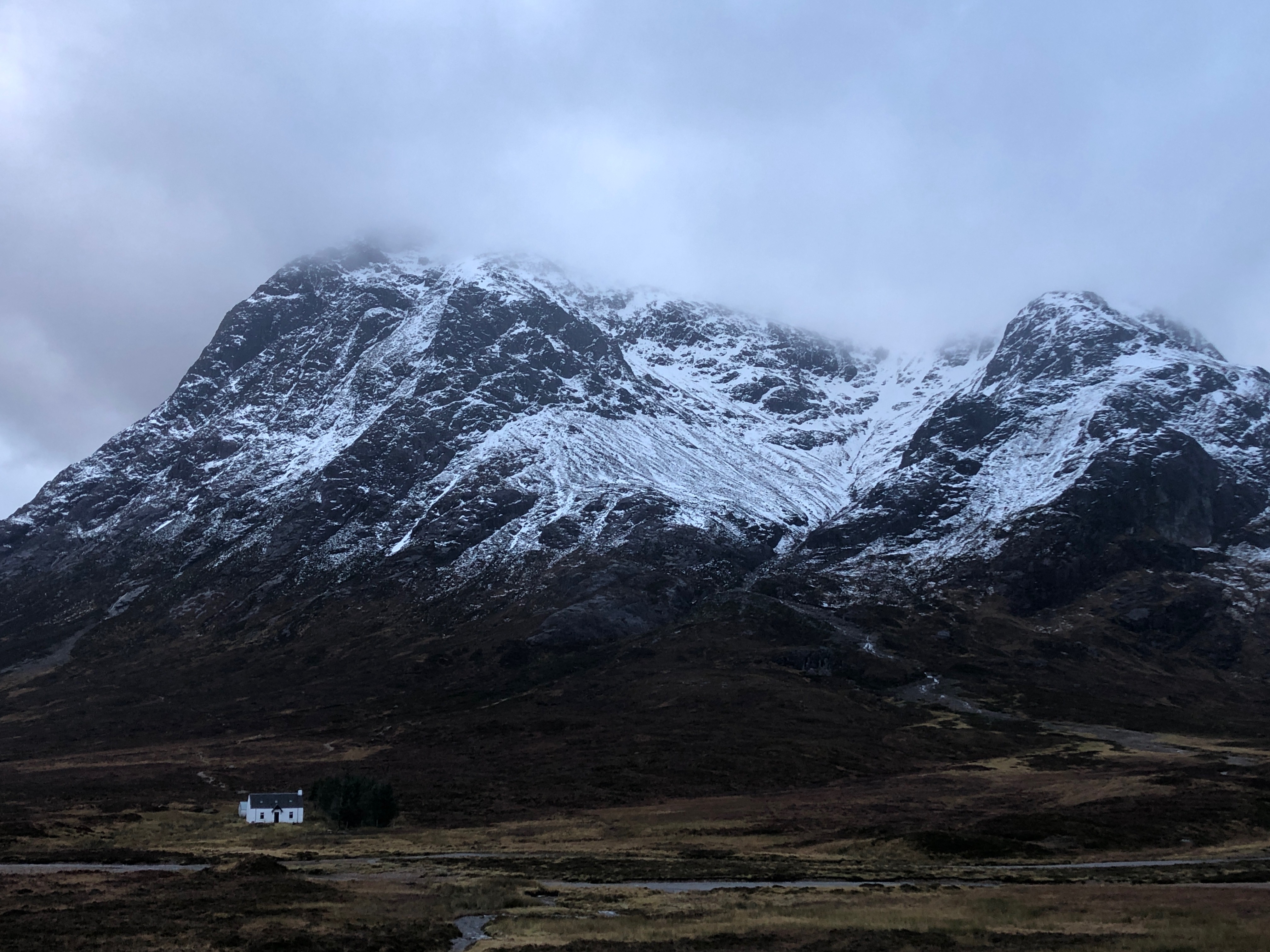 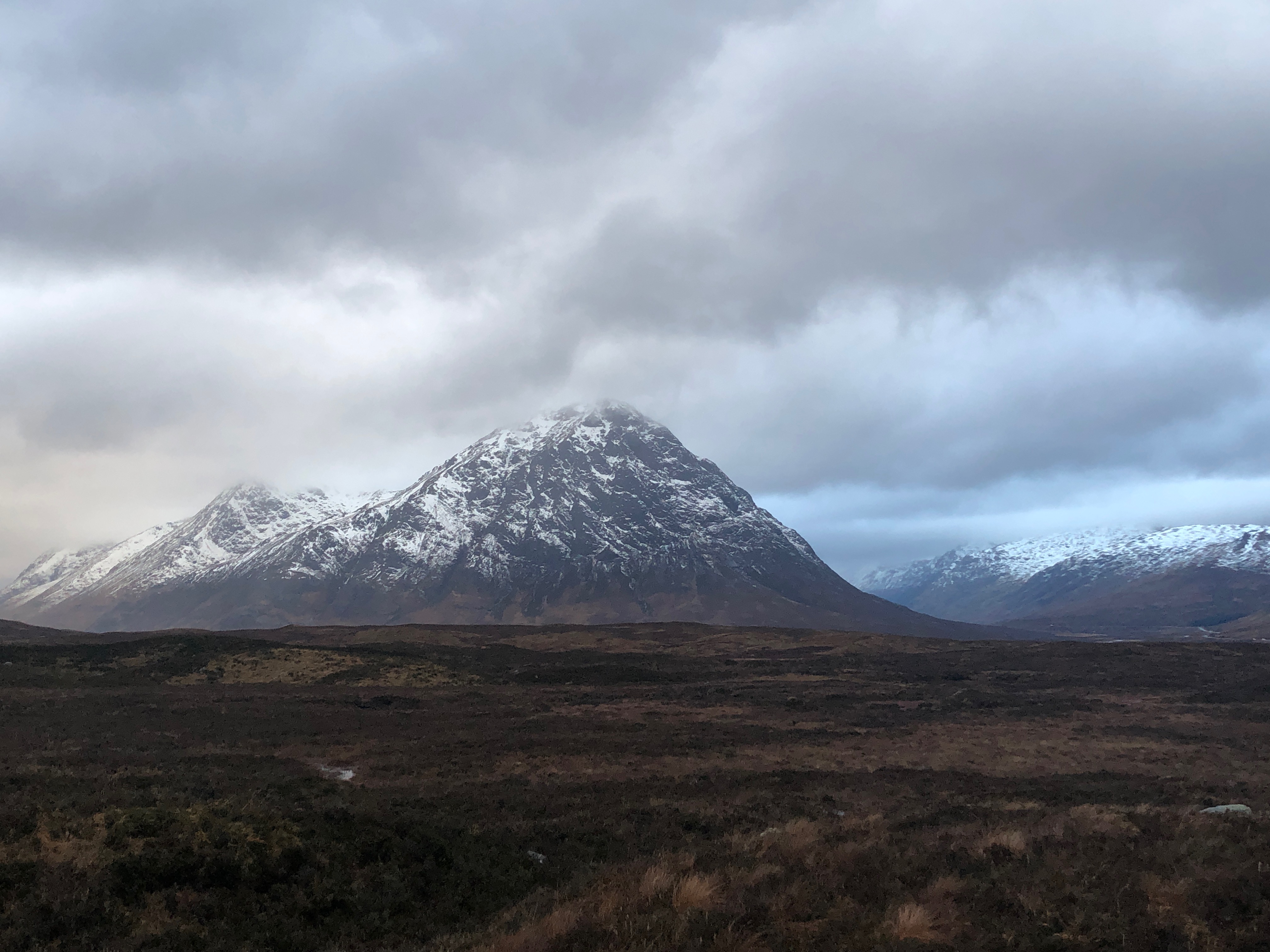 Again Buachaille Etive Mor a Southerly aspect with Glen coe on the right. 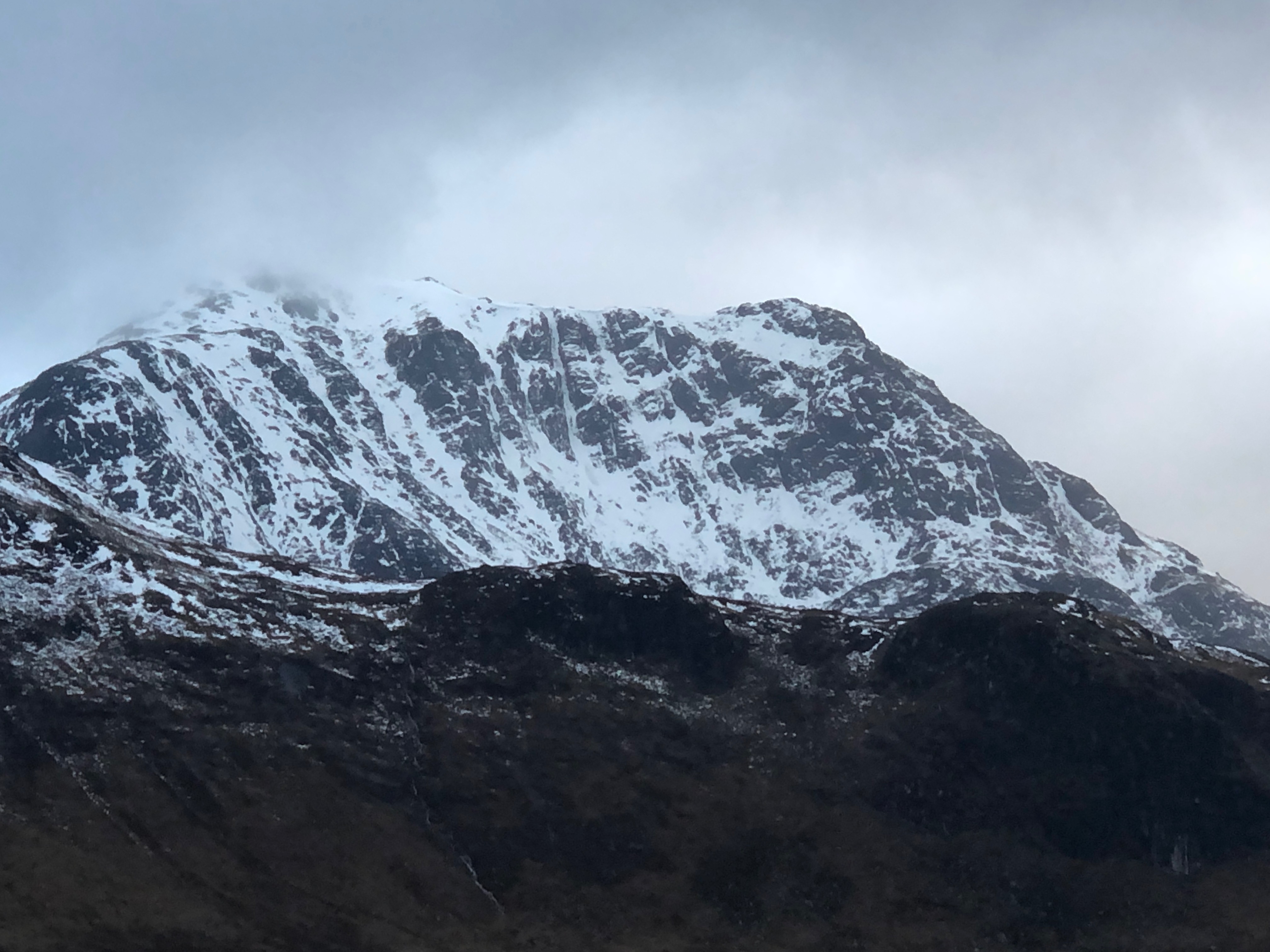 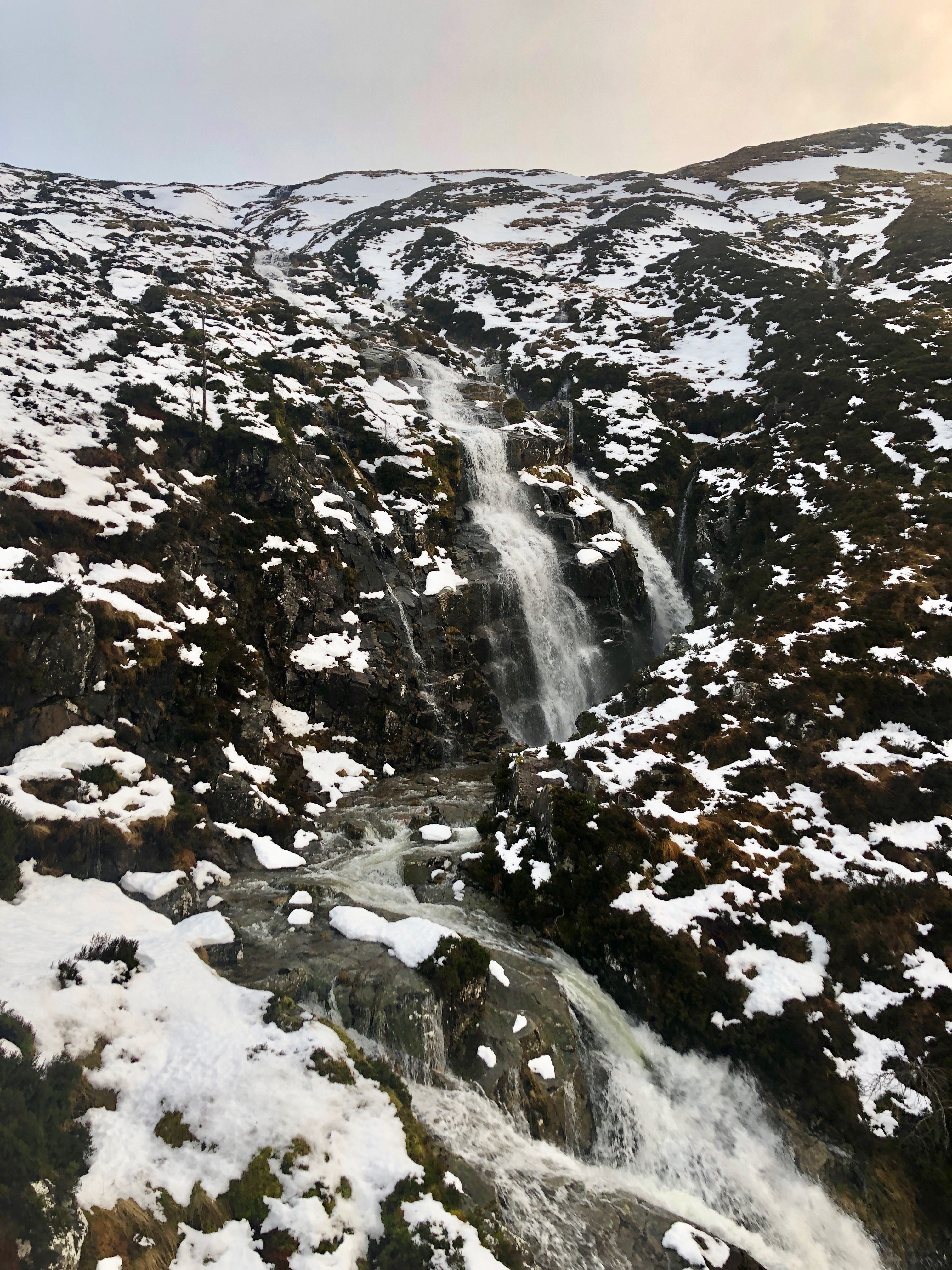 Snow melt pouring off the hill. 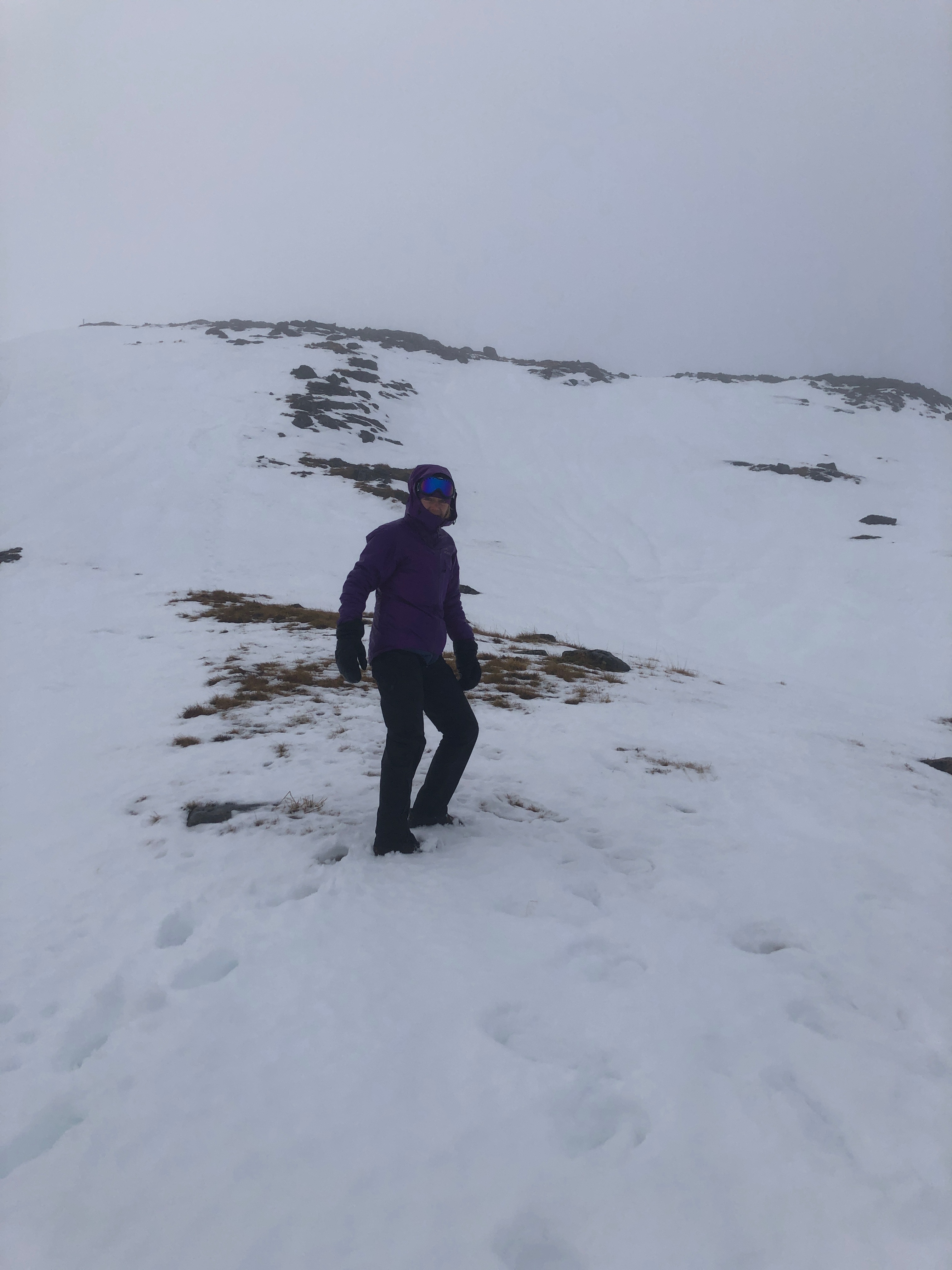 A summiteer plugging steps in the wet snow. 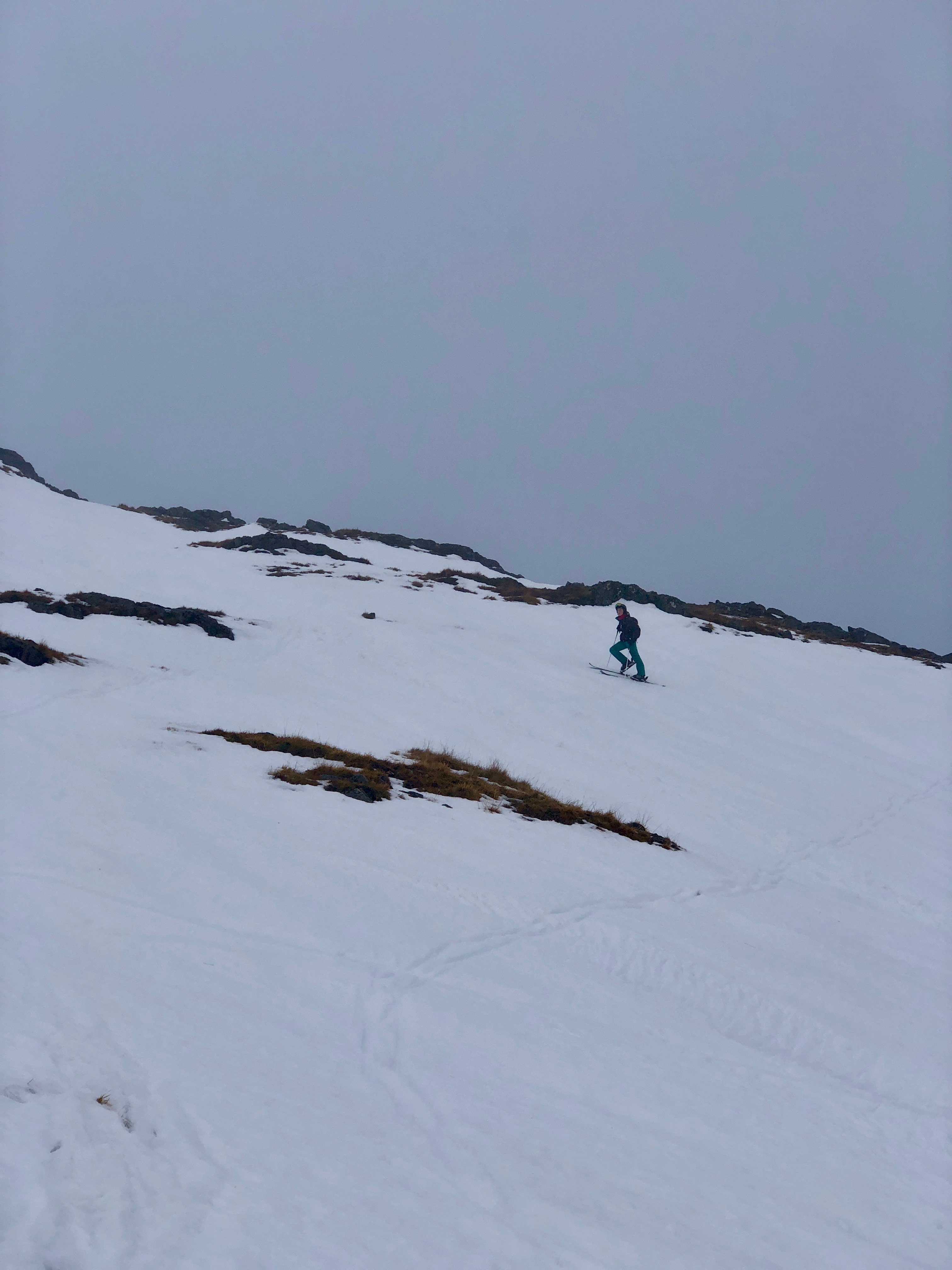 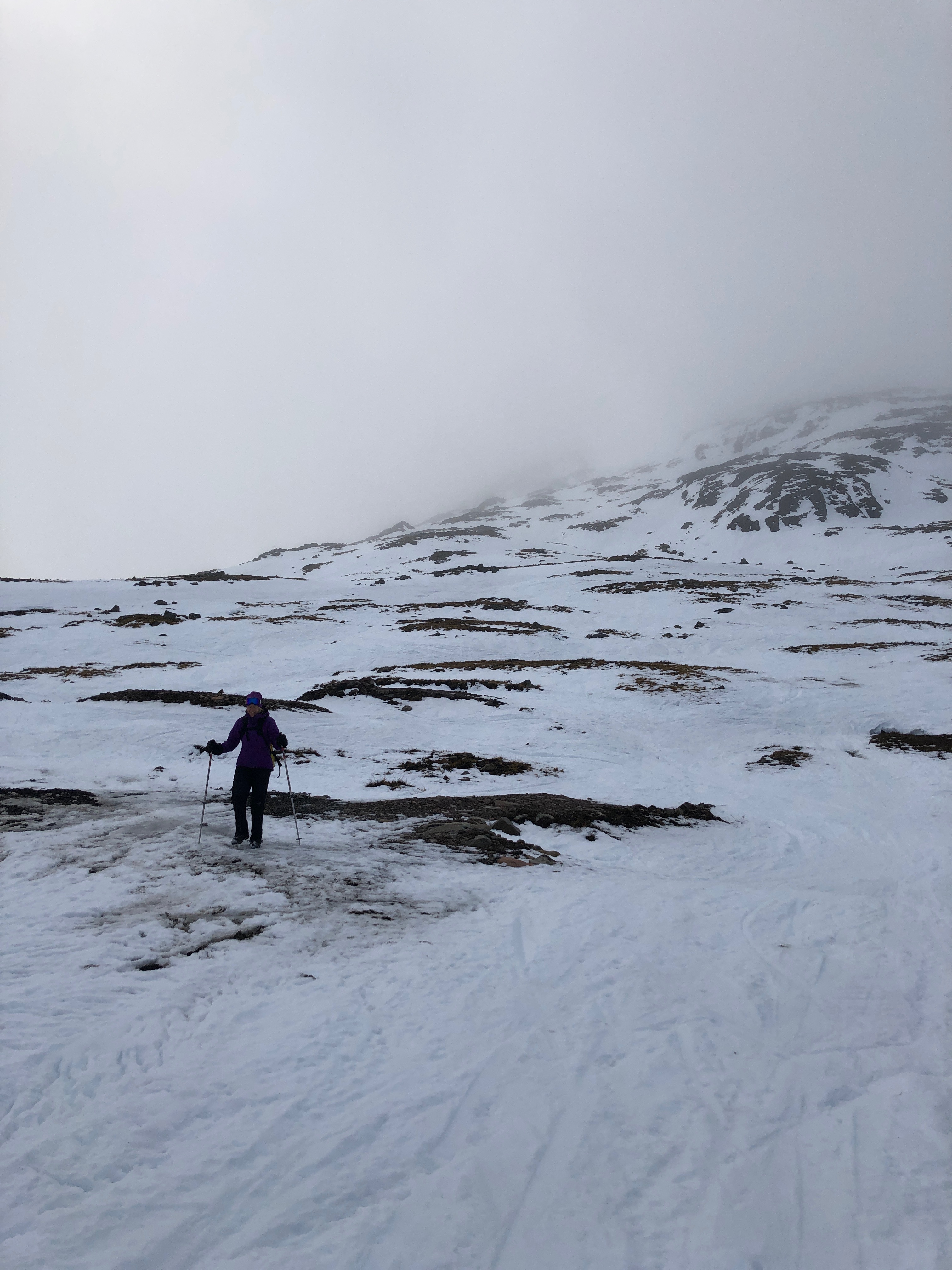 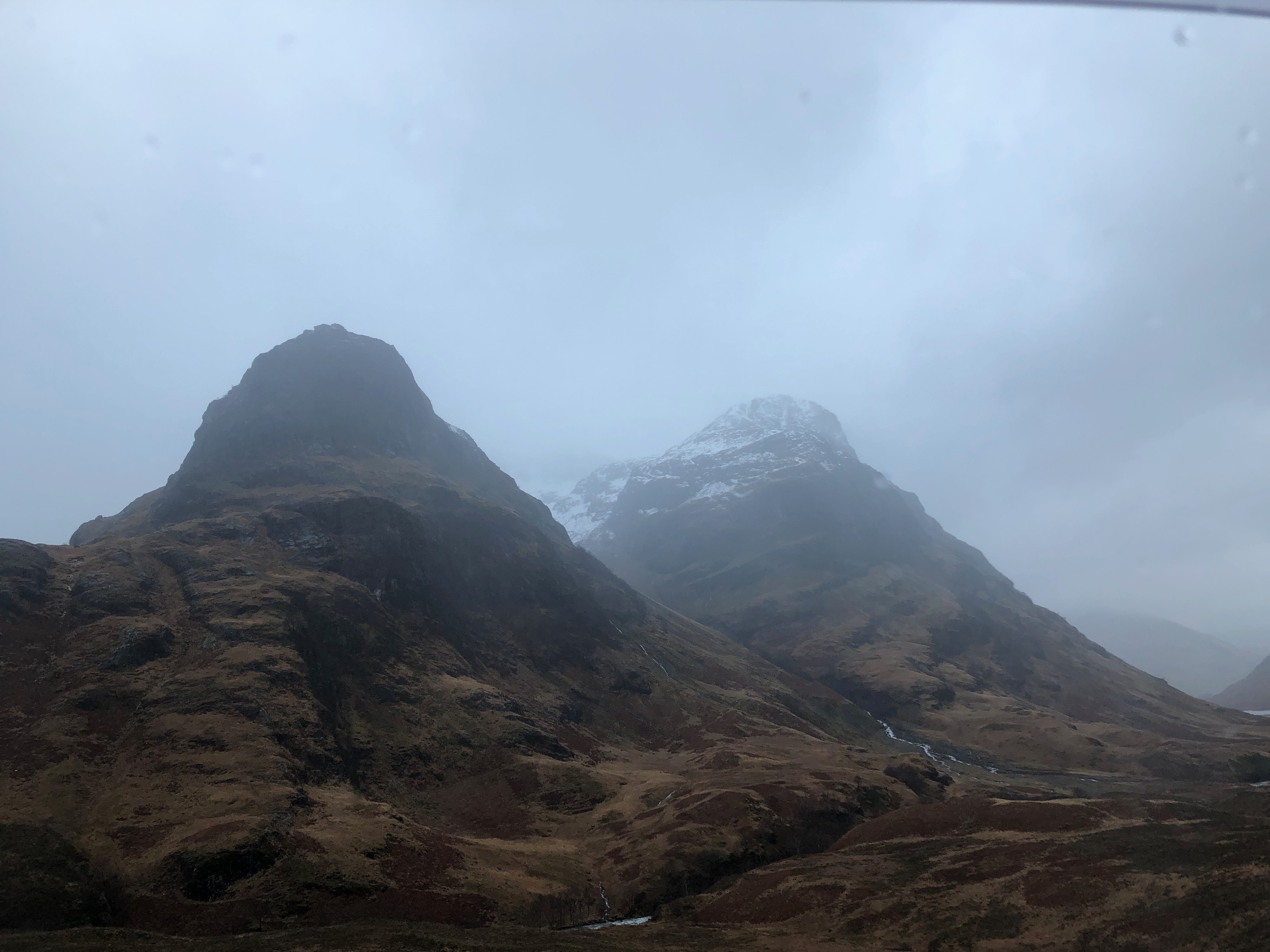 Gearr Aonach on the left and Aonach Duubh on the right…. note the snow melt running off the hills.