The mountains were generally cloud covered but some brighter periods did appear. It has remained mostly dry with light South-Westerly winds, the freezing level was well above the summits, plus 10 degrees at sea level and plus 5.5 degrees @ 900 metres. 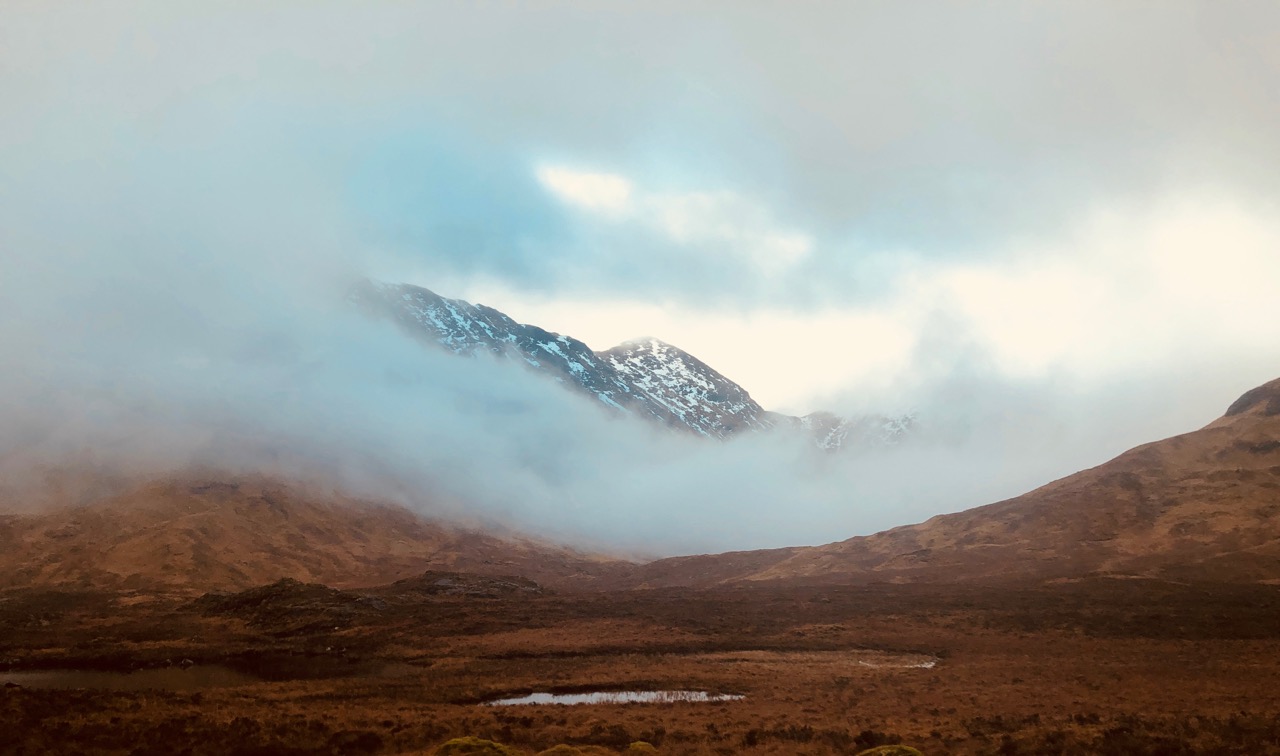 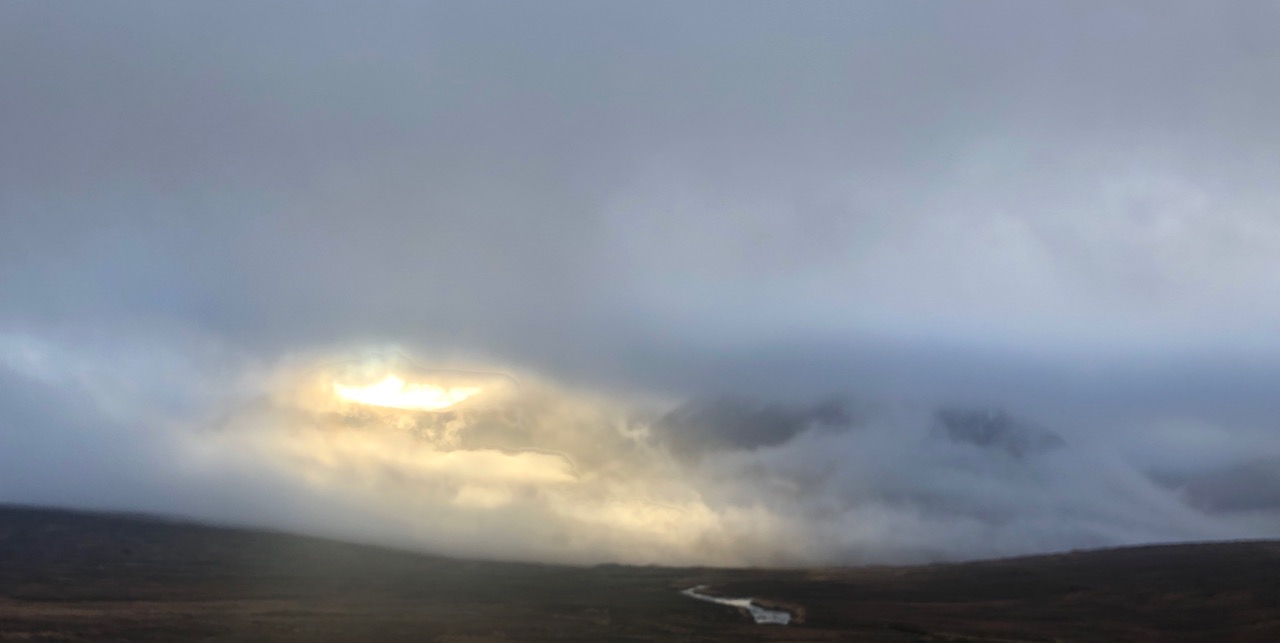 The sun trying to break through the cloudy cover on Meall a Bhuiridh. 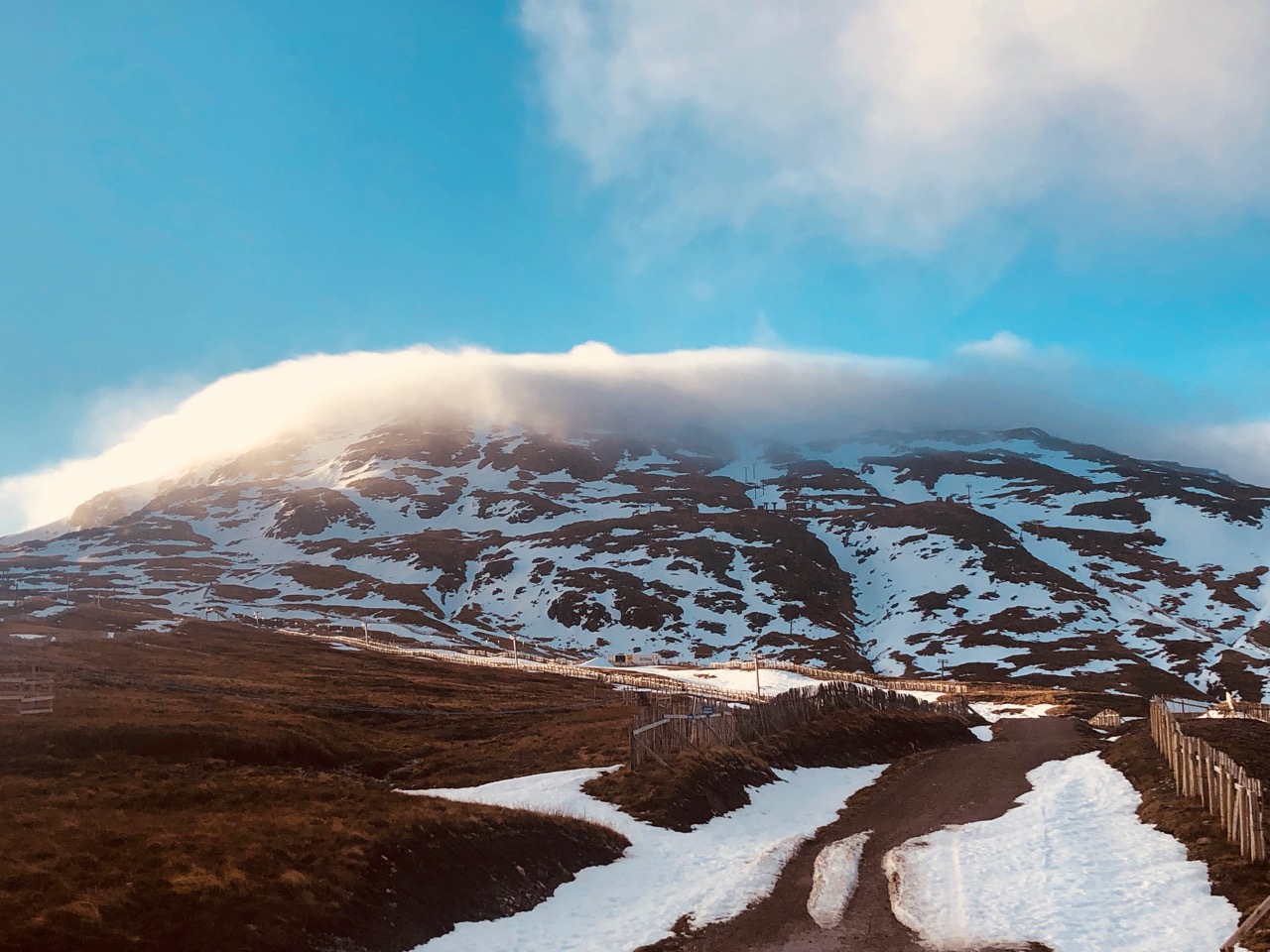 Clouds capping the summit of Meall a’ Bhuiridh. 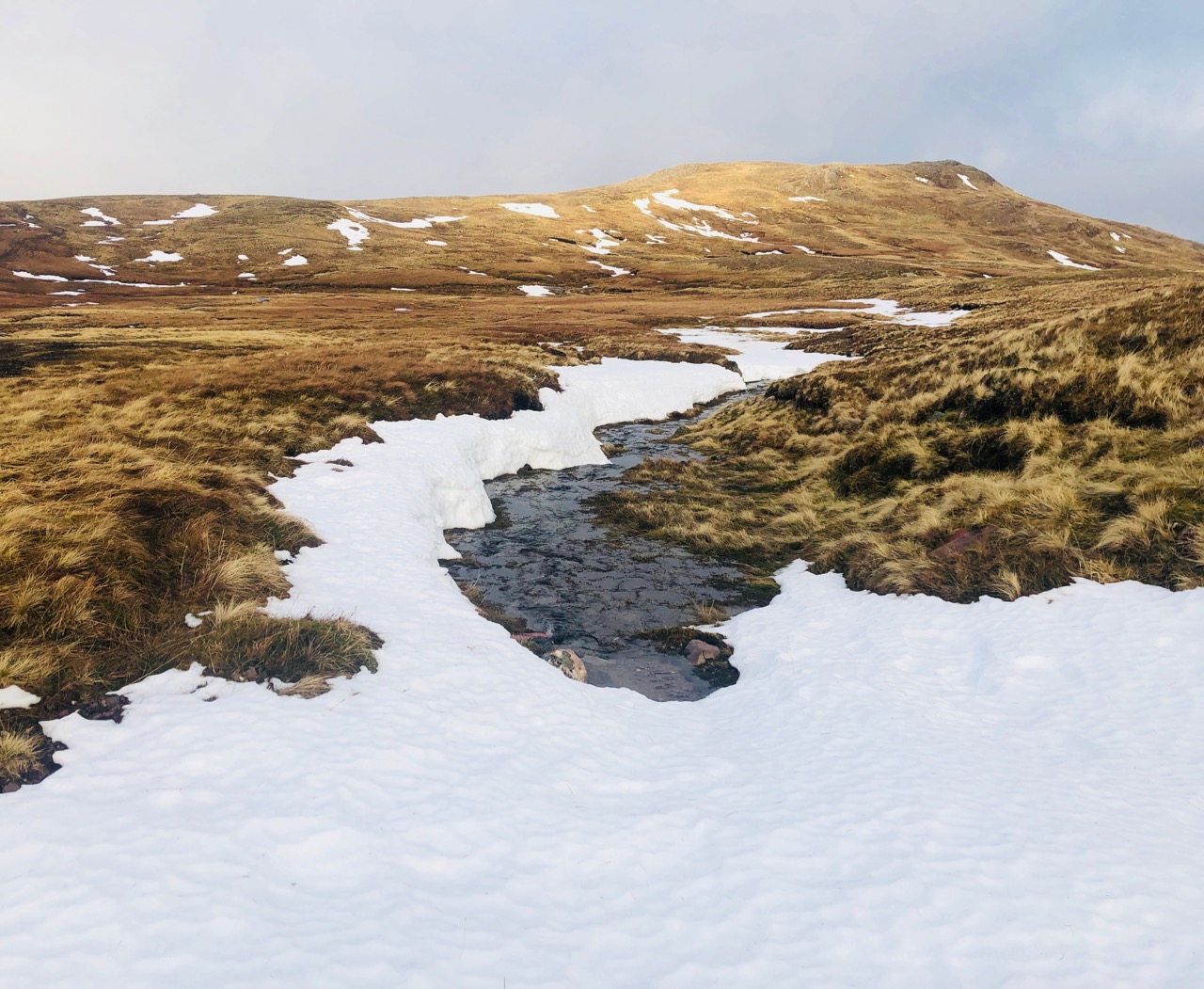 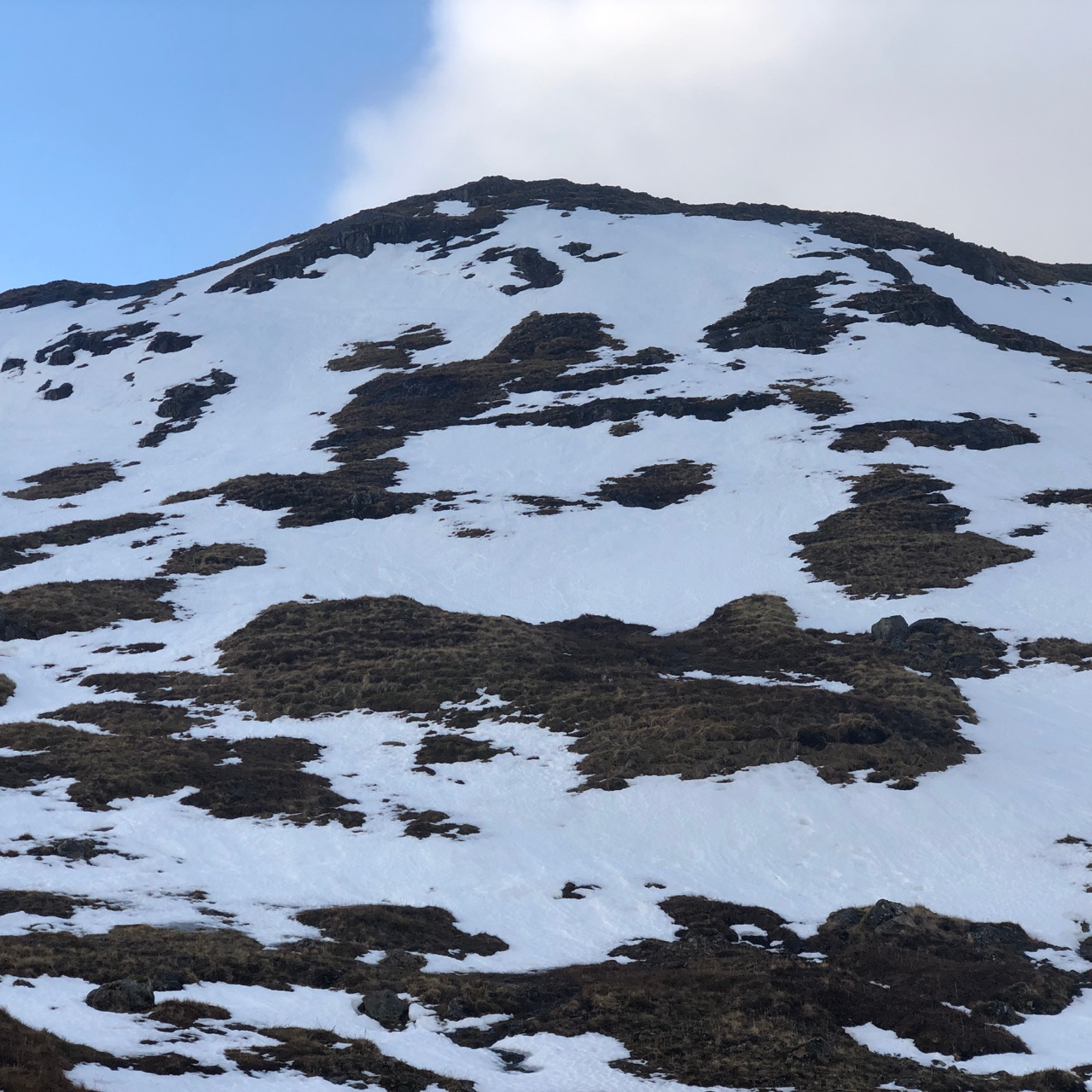 Snow cover is becoming more patchy in the mild conditions at all elevations, greatest snow amounts are to be found on North through to East aspects above 850 metres. 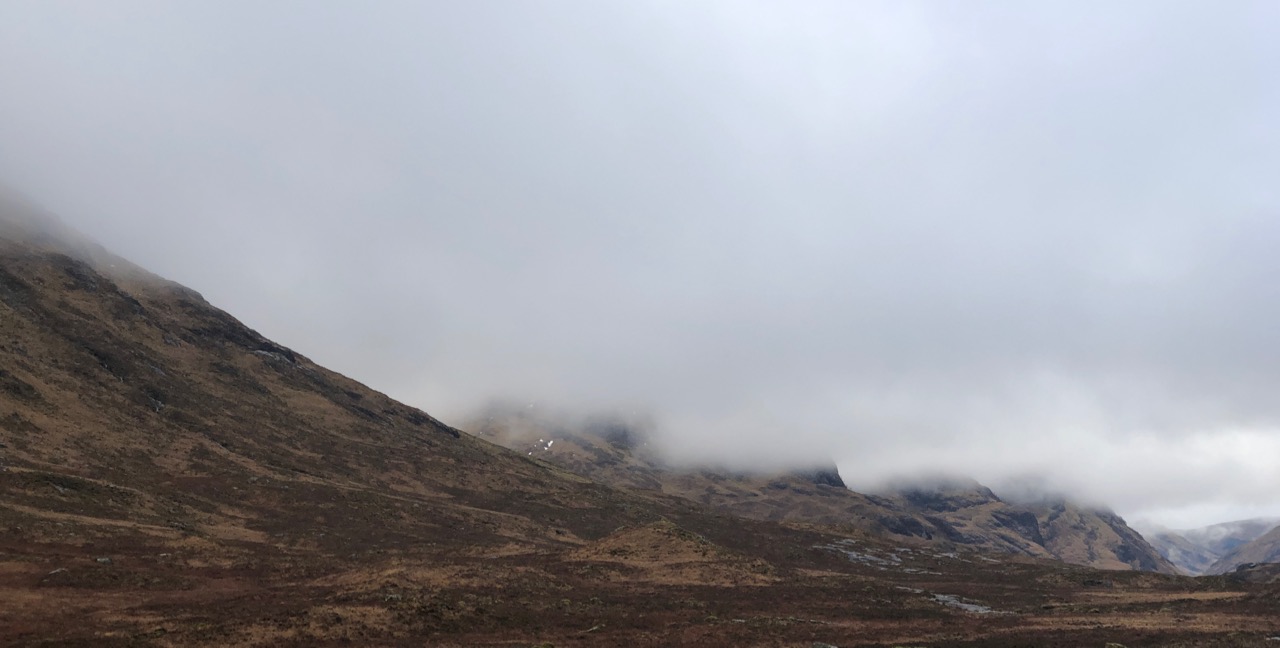 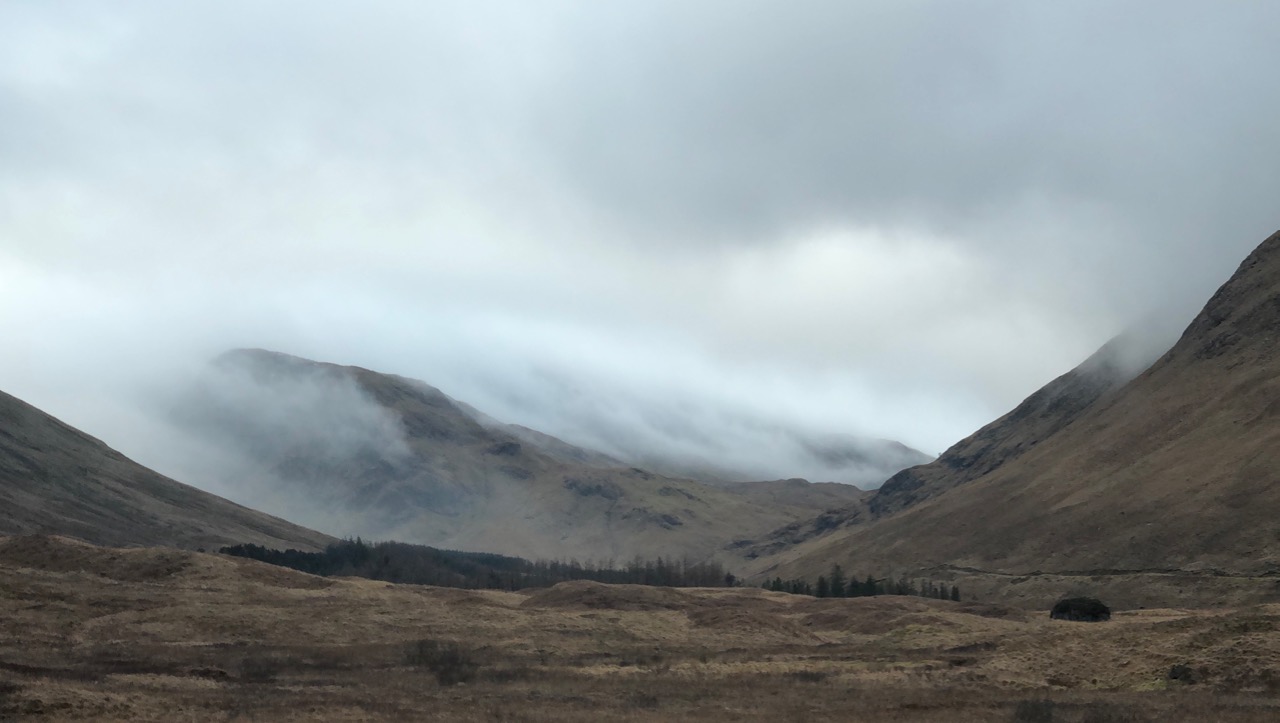