After some heavy overnight rain which fell at all levels the freezing level lowered to around 900 metres during the morning this turned rain into snow mainly above 800 metres. Although snow did fall to lower altitudes during the day it melted fast. Most new snow is lying above 800 metres in wind sheltered places. Winds were strong from the South-West.

The old moist snowpack is stable. New, light snow accumulations fell mainly above 800 metres. Shallow, localised areas of windslab were starting to develop in wind sheltered areas mainly above 1000 metres. These are not significant at present but deeper accumulations will be poorly bonded. The greatest deposits are on North to East aspects above 1000 metres. Sheltered gully exits and steep coire headwalls and rims are mostly affected. The avalanche hazard is Low. 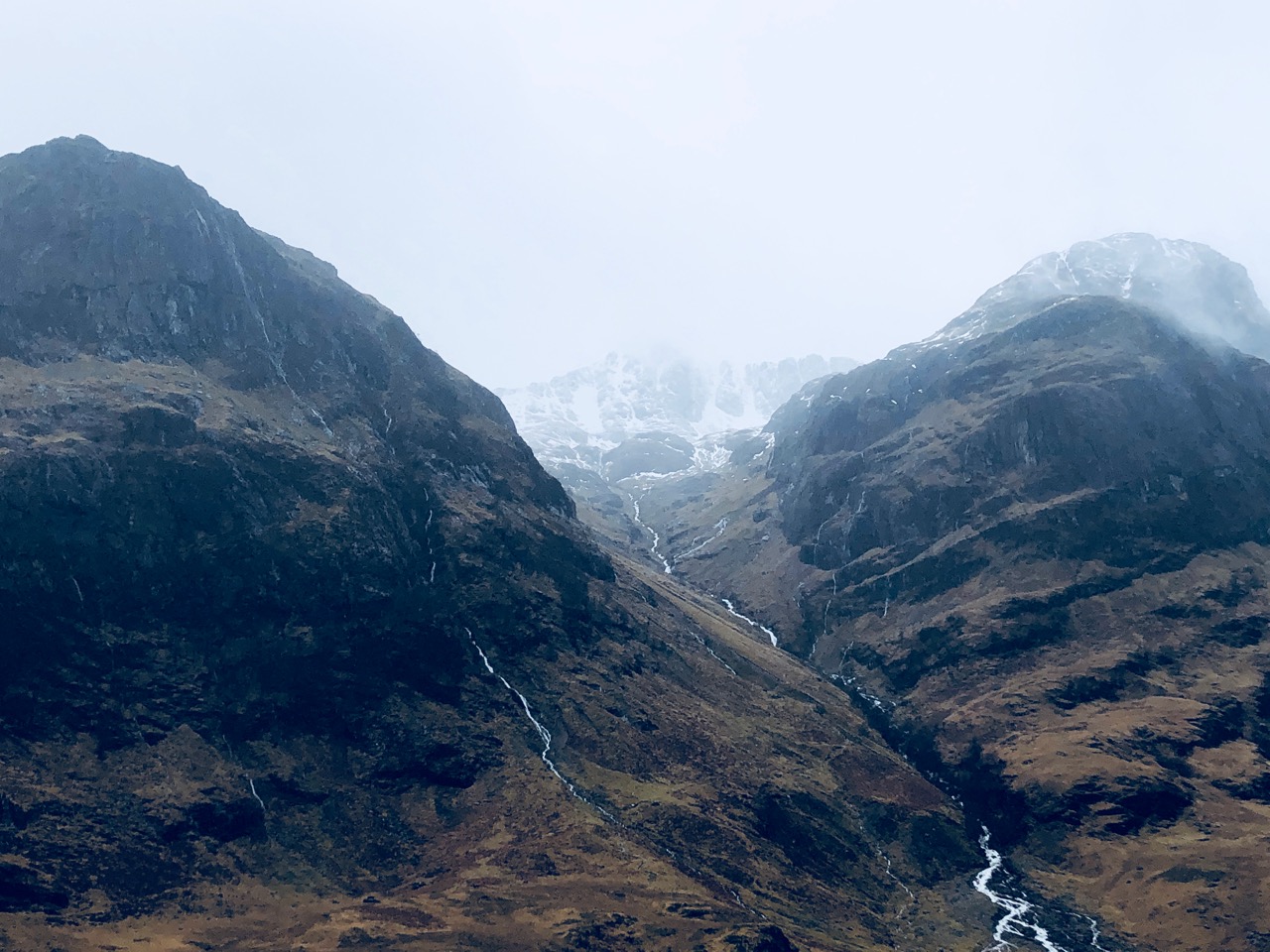 Stob Coire nan Lochan around 10am this morning it snowed more later in the day but this photo shows the snow line. Plenty of rain water pouring off the hills. 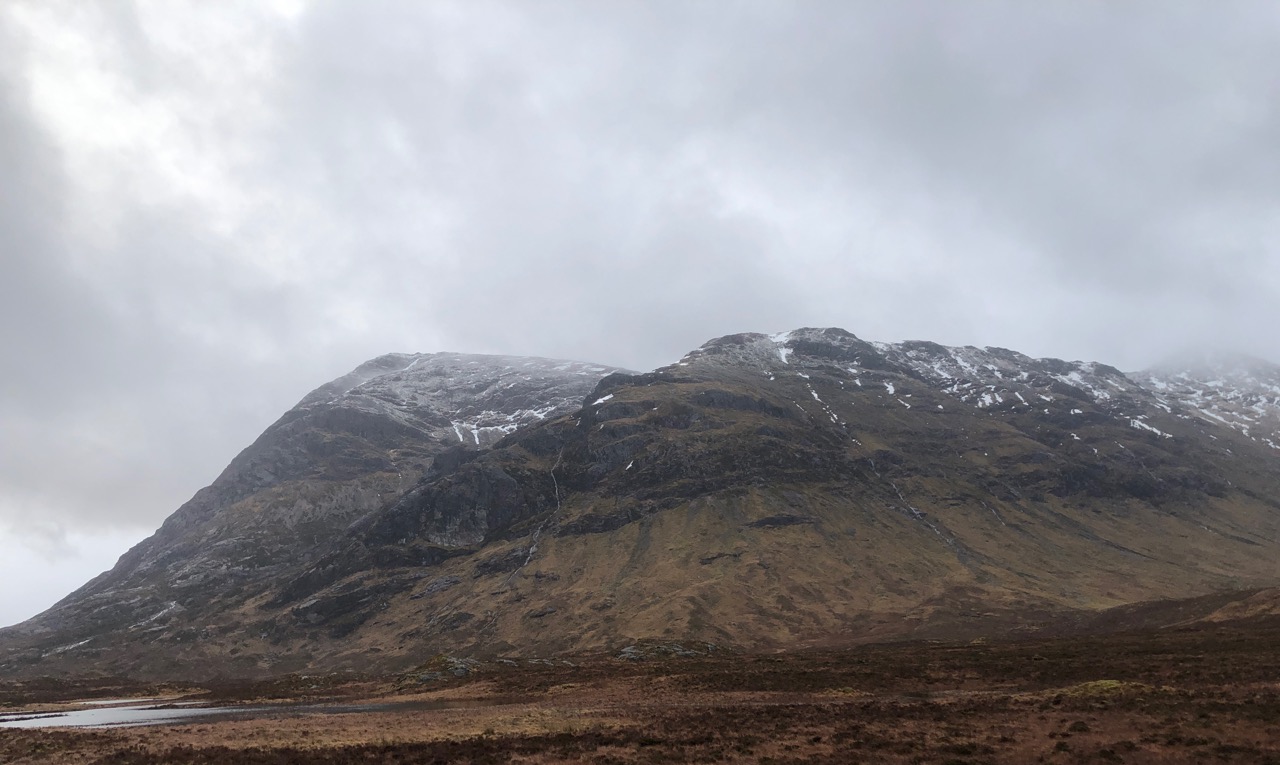 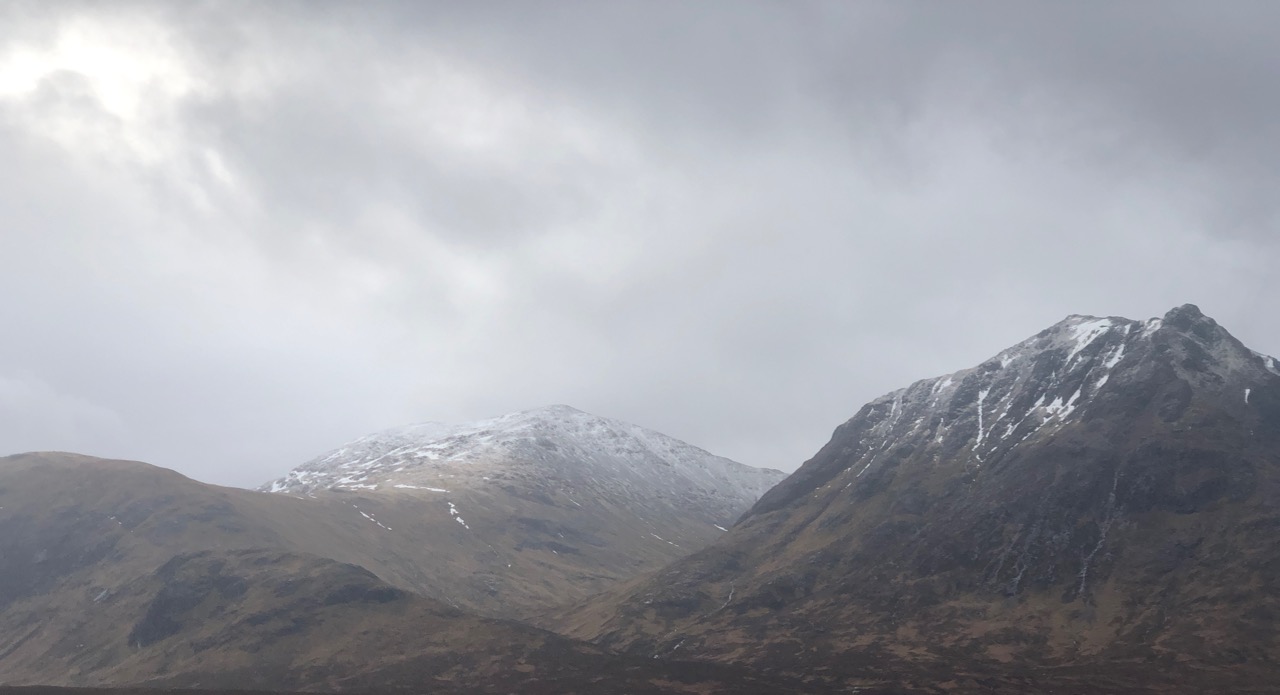 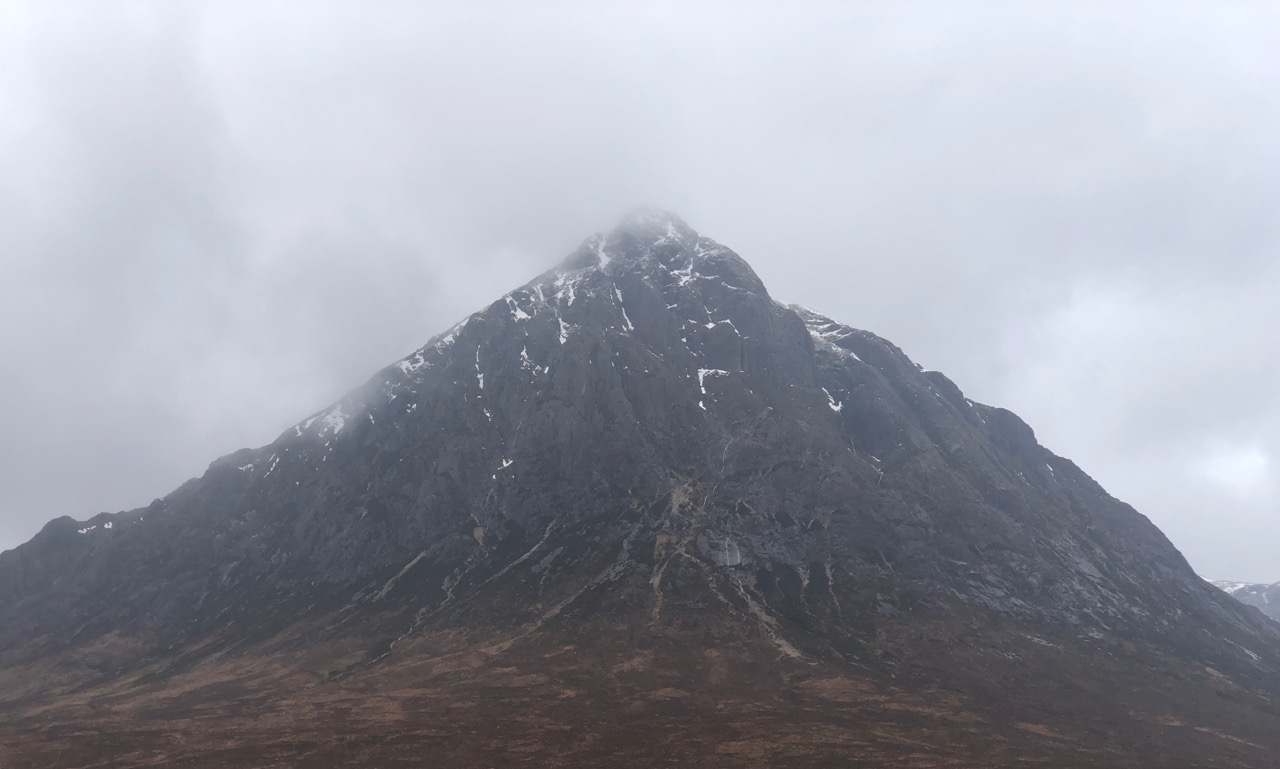 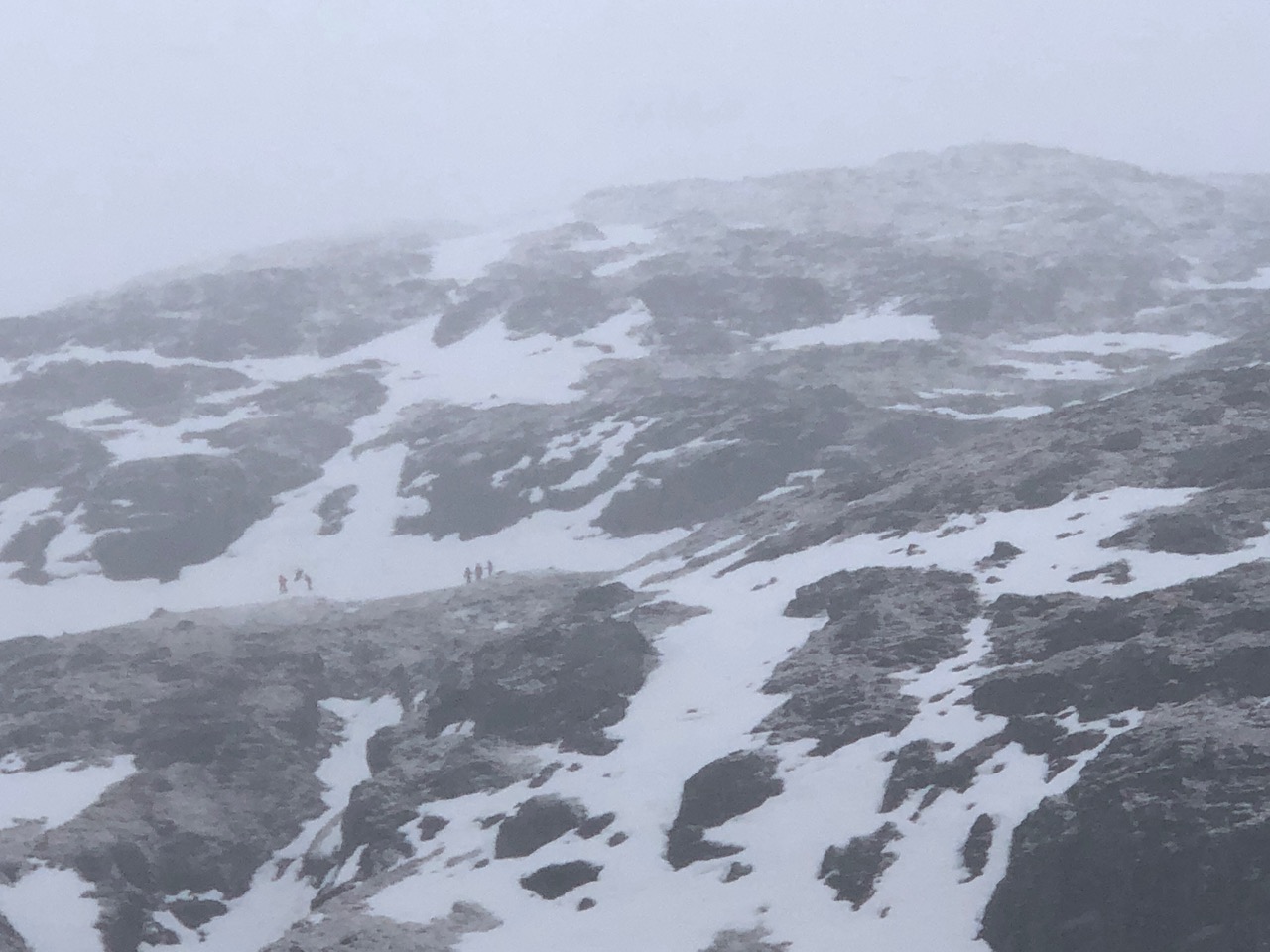 Meall a’ Bhuiridh taken on the way up in one of the snow showers. 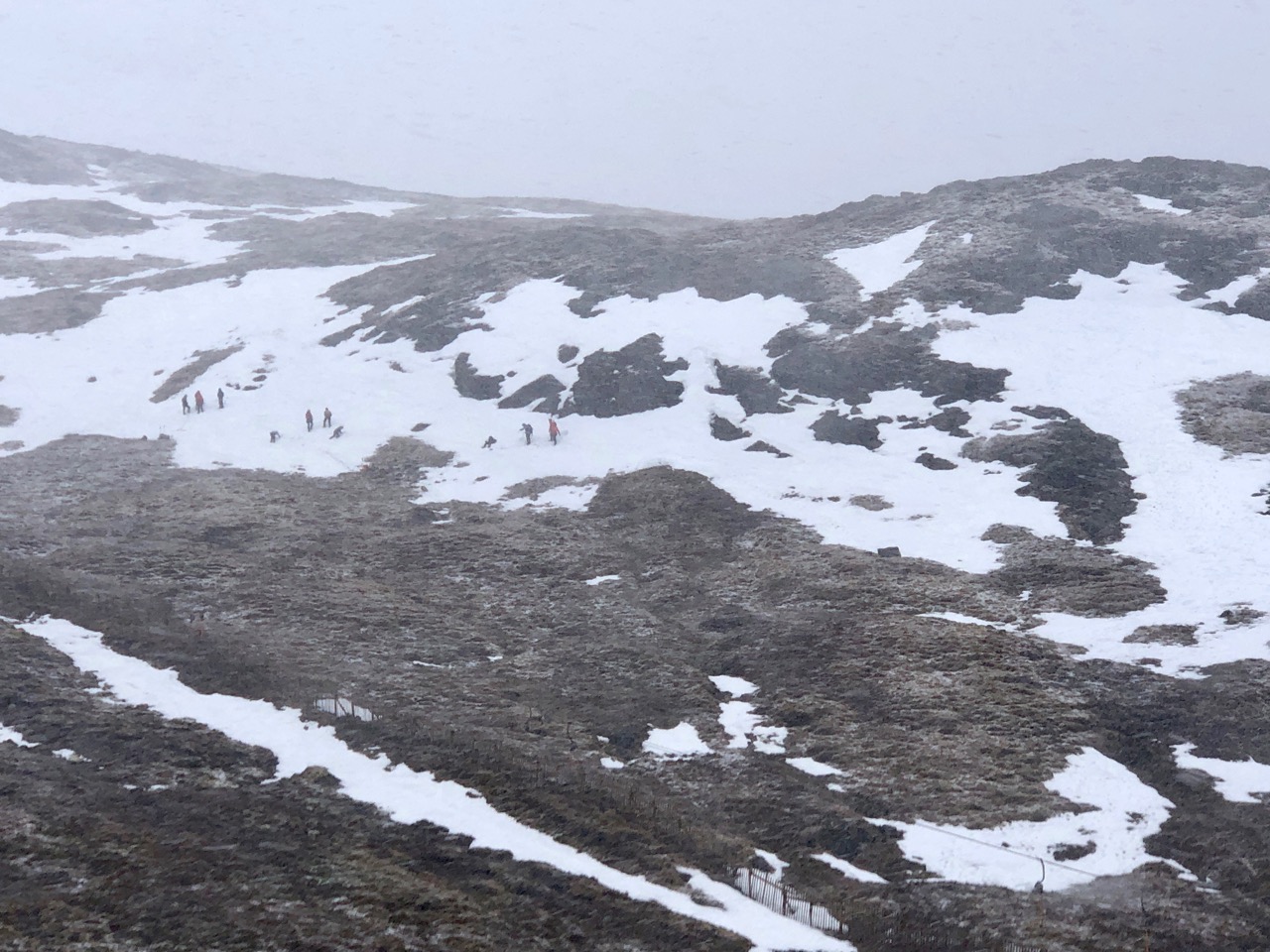 Groups of folks using the older snow patches for skills 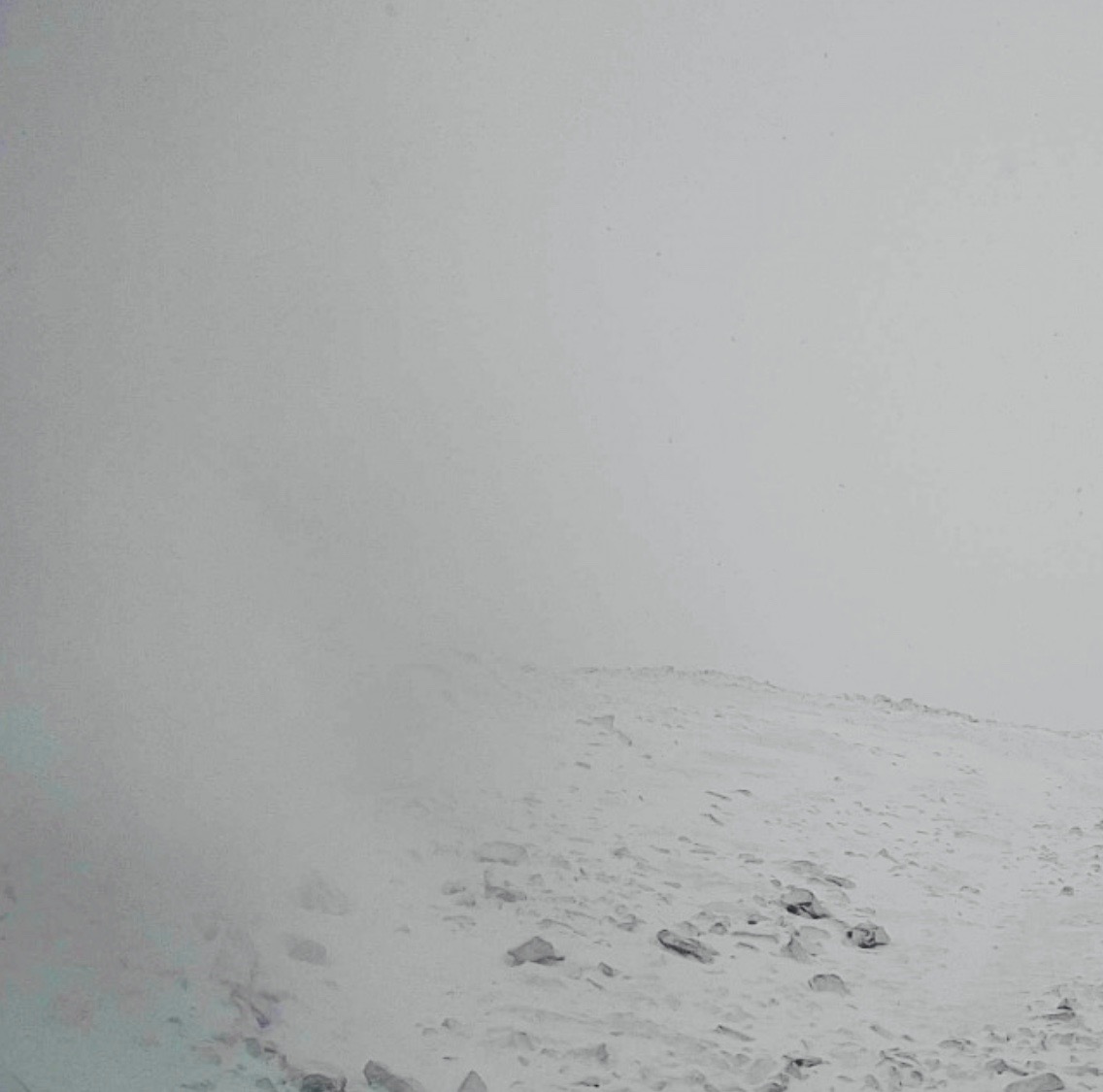 New snow cover at 1050 metres on Northerly aspect, not much to see! 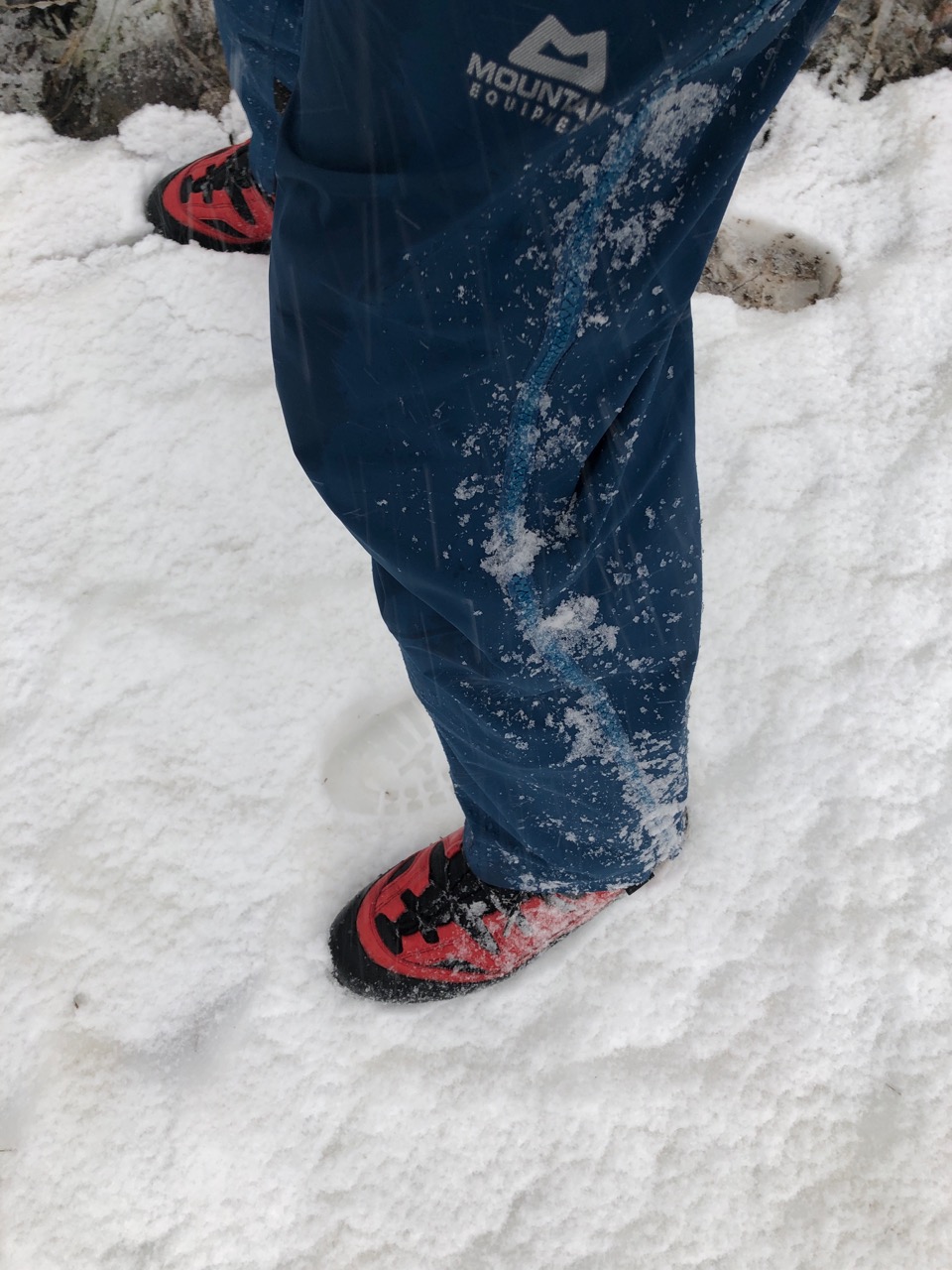 Mountain Equipment clothing keeping the weather out. Thanks.