Milder in the glen, snow showers on high ground.

Sleet and snow showers in the glen.The freezing level has been rising all day and its going to rise to almost summit levels. But its short lived and by tomorrow morning it will be freezing down to around 200 metres. We will get some light rain overnight then heavy snow showers are expected again tomorrow. The snow line is creeping up the hill side and we can expect some soft weak cornices and wet snow instabilities at first. The reaming snow pack will re-freeze and by tomorrow the new snow will drift and wind slab will build again onto wind sheltered terrain. It’s a typical Scottish melt freeze cycle which gives ice climbers the wonderful neve to climb on. Visibility has been poor on the hill and while I was out and about there was plenty spindrift blowing about. One avalanche has been reported this morning on a Northerly aspect. 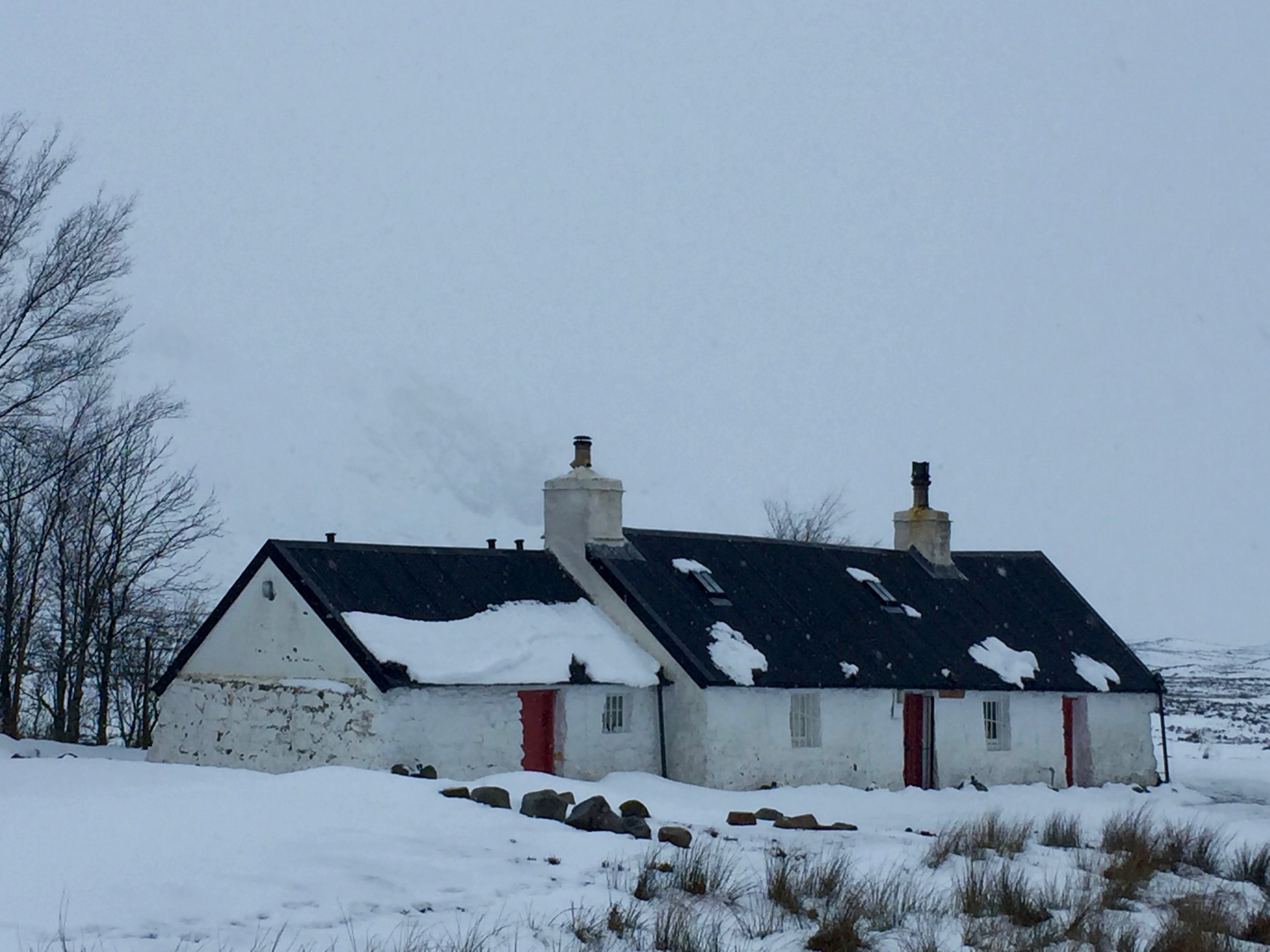 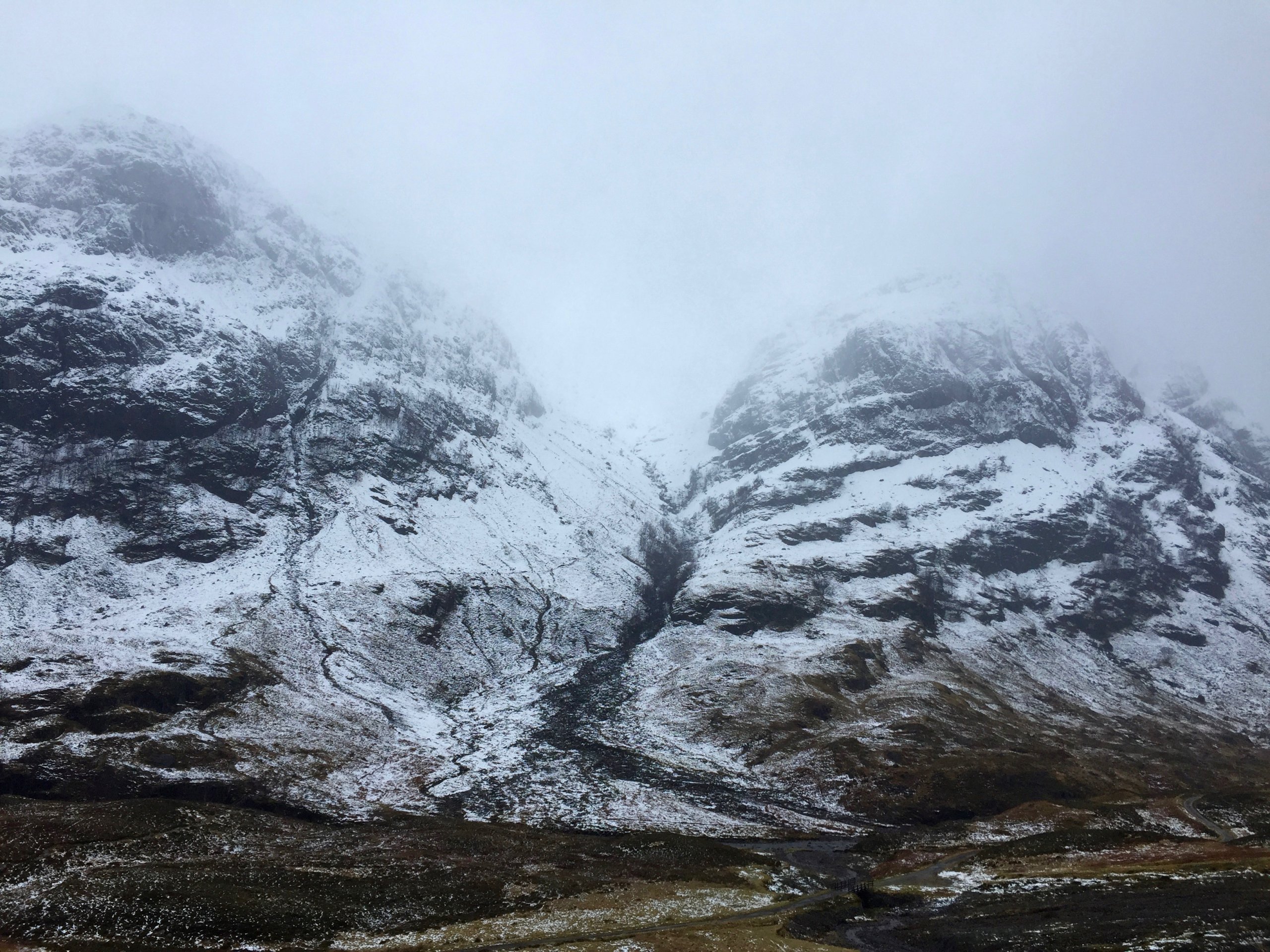 Looking up into Coire nan Lochan, the snow is thawing at lower levels with the buttresses looking a bit blacker.