It was a day of sunshine and showers, with not much of the former and quite a lot of the latter. The wind was still strong, but not quite as strong as it was yesterday. More of the same expected tomorrow. 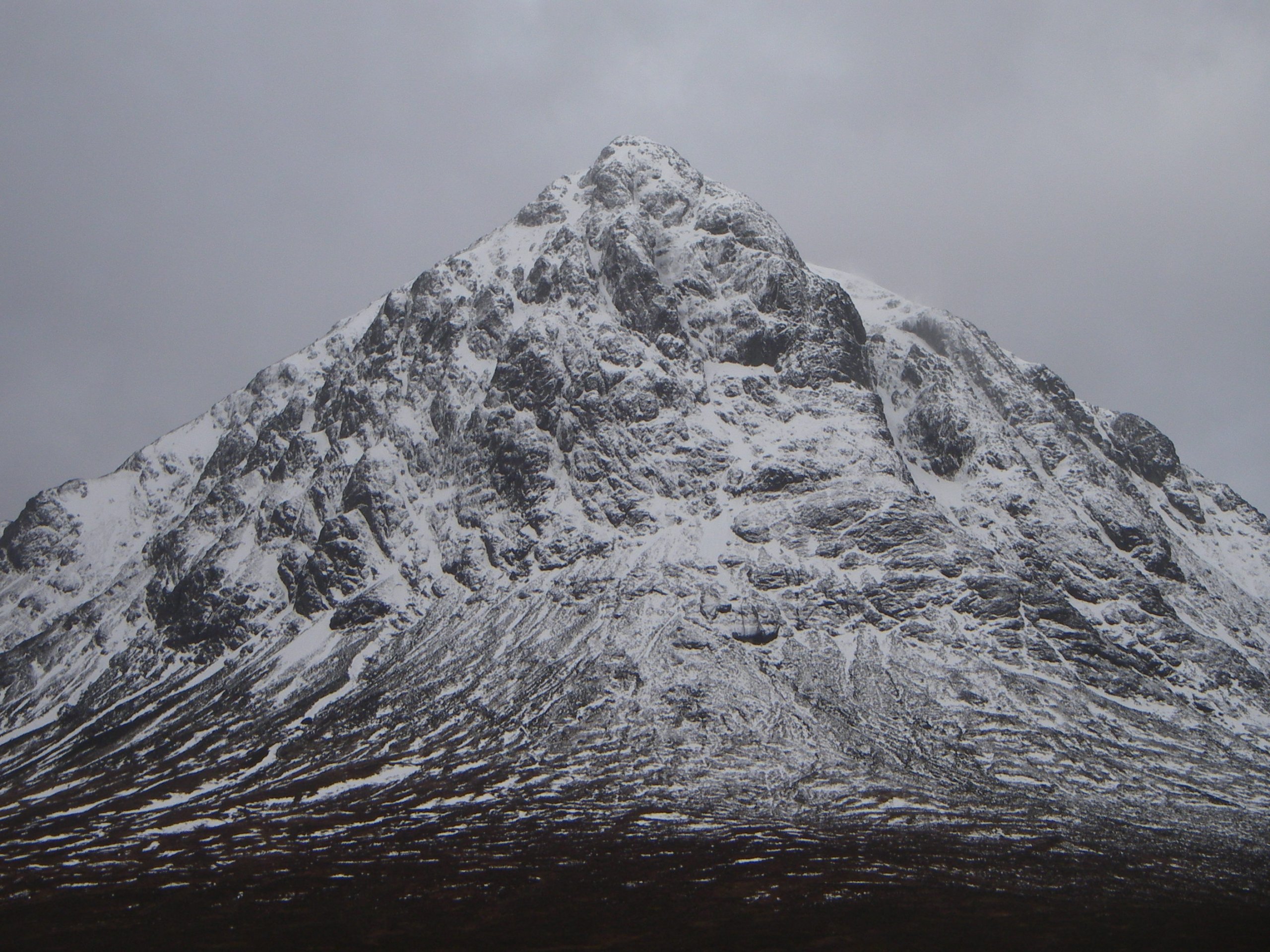 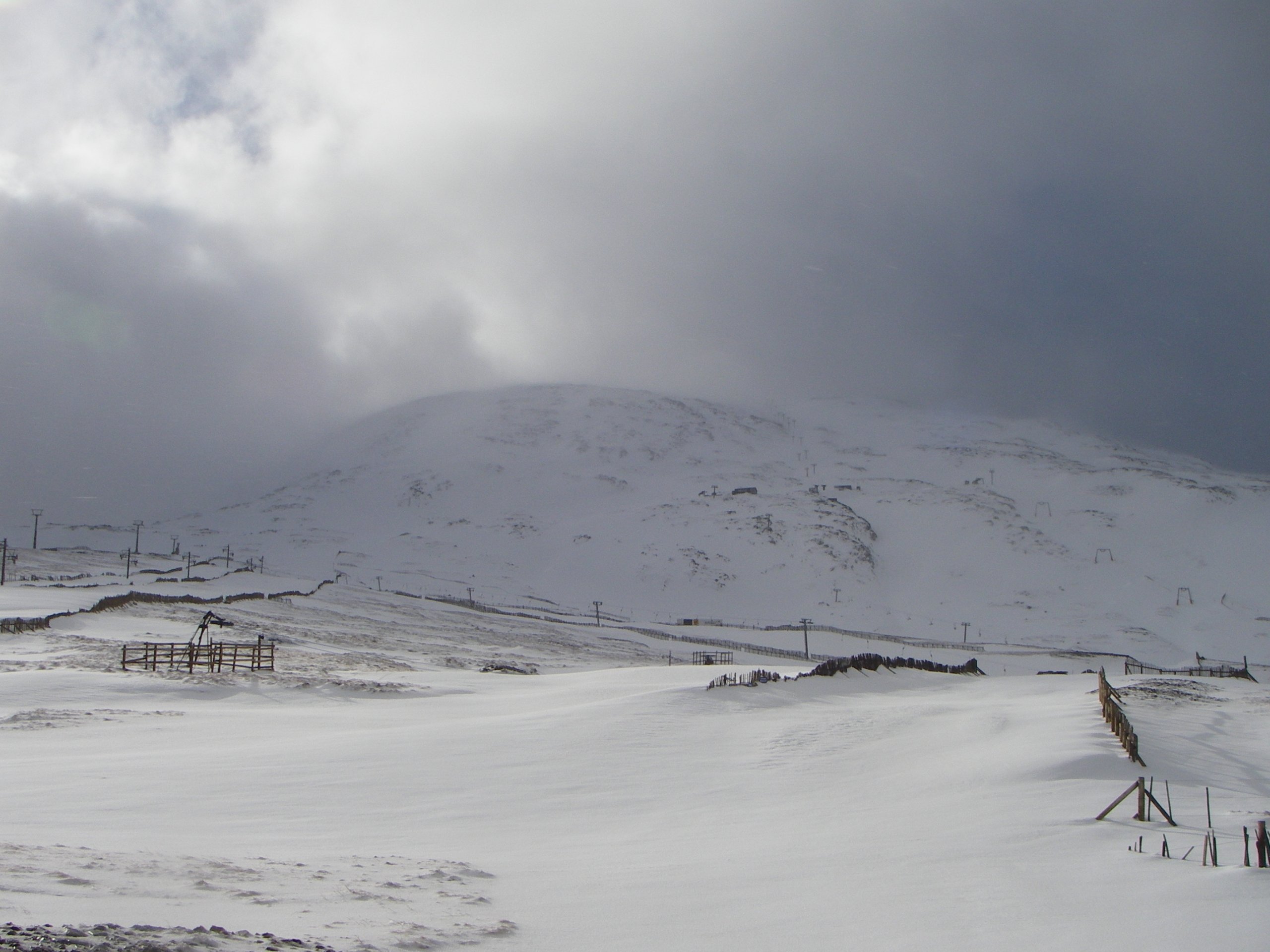 A brief brighter period on Meall a Bhuiridh today. Plenty on snow blowing around at higher levels.Â 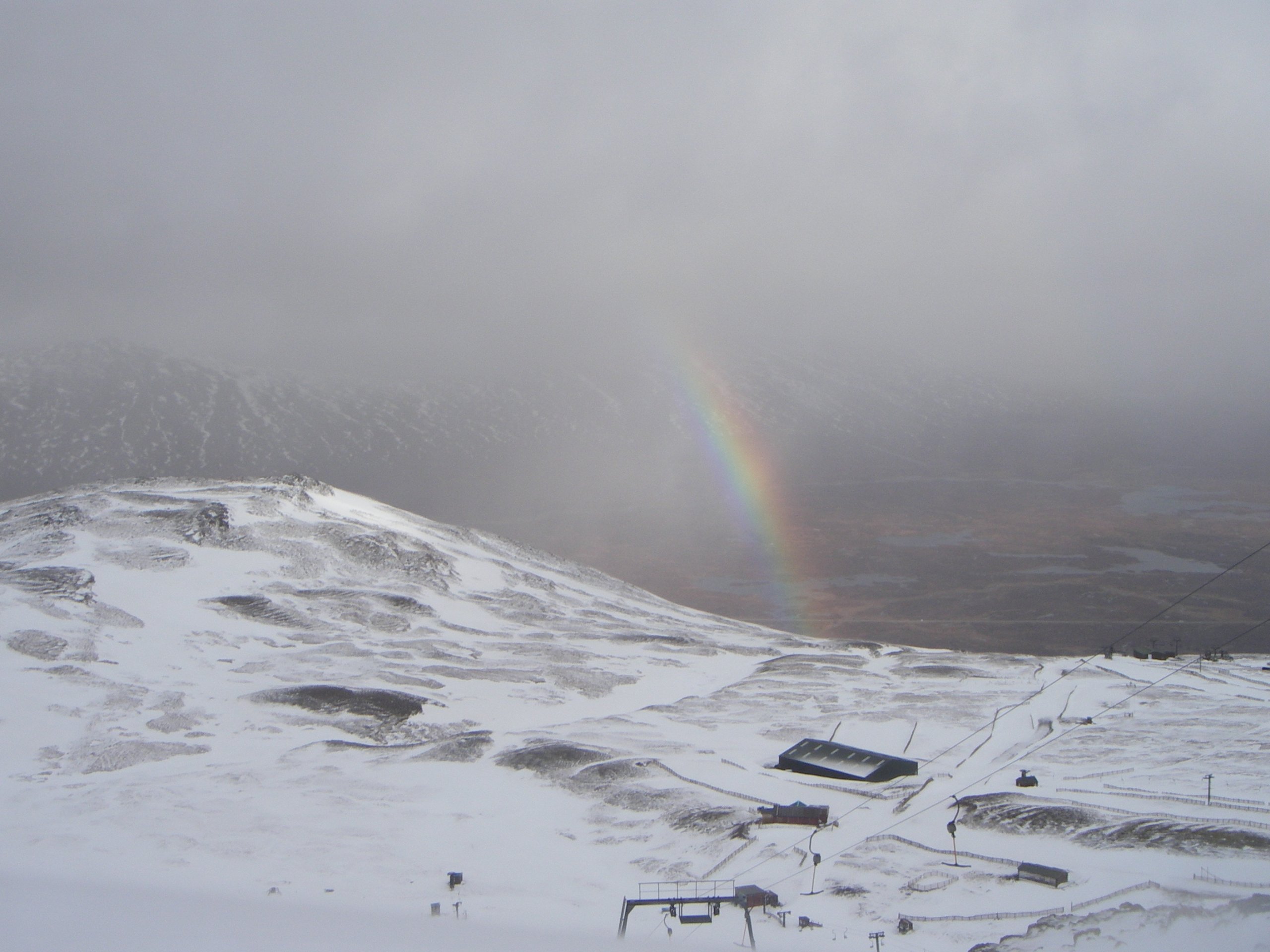 A rainbow briefly put in an appearance, as seen here from near the base of the summit tow. 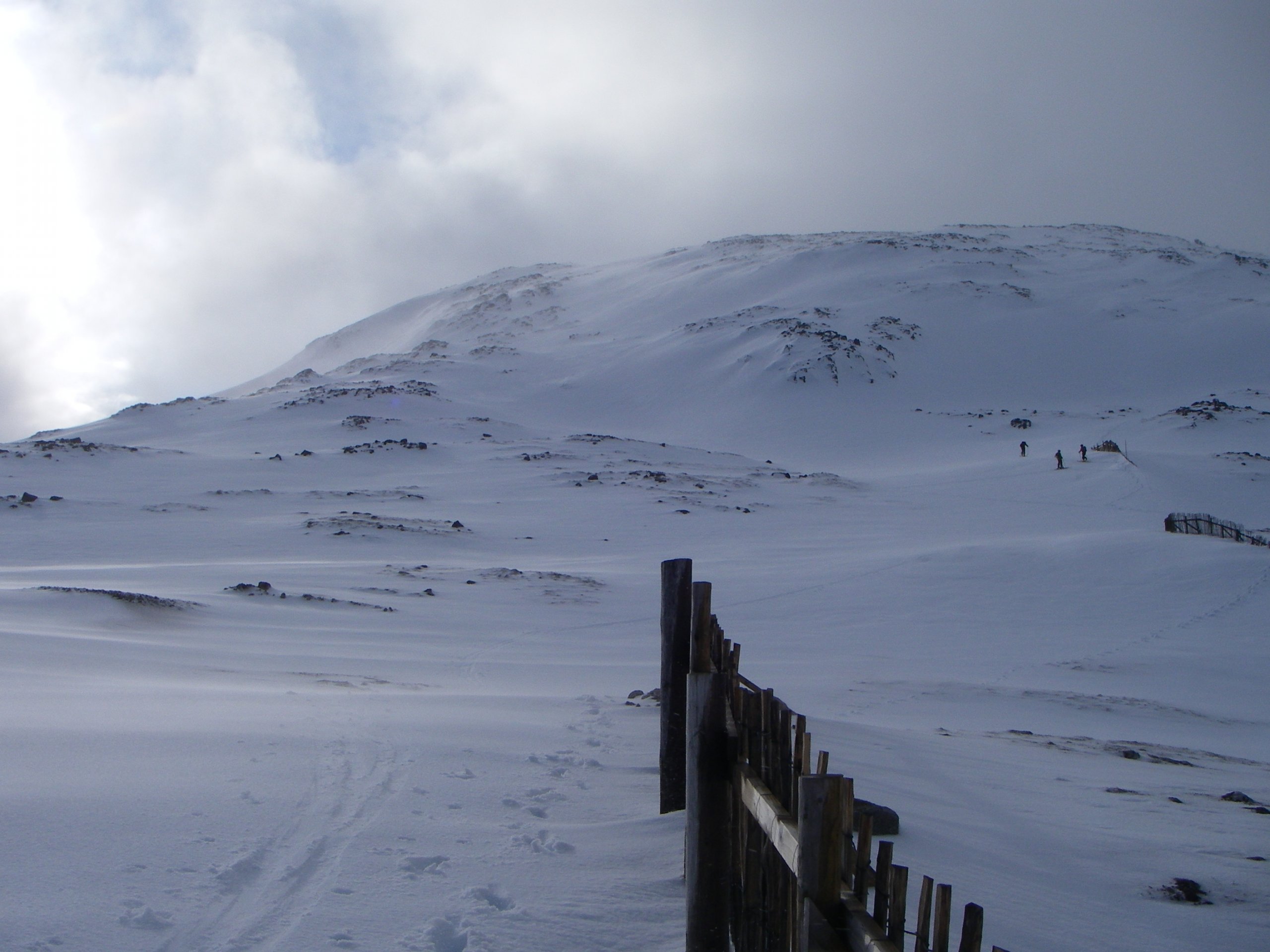 A team of ski tourers taking advantage of the snow cover.