Windy but not so Wet

It was a very windy day in the Glen Coe today. It was generally dry for the time that I was on the hill.Â The old snowpack, which got very wet yesterday, has frozen in the colder conditions. There had been a few snow showers overnight and early in the morning. However, due to the strong winds, many areas had been scoured, with the fresh snow only really collecting in sheltered hollows and locations. More fresh snow fell during the afternoon. 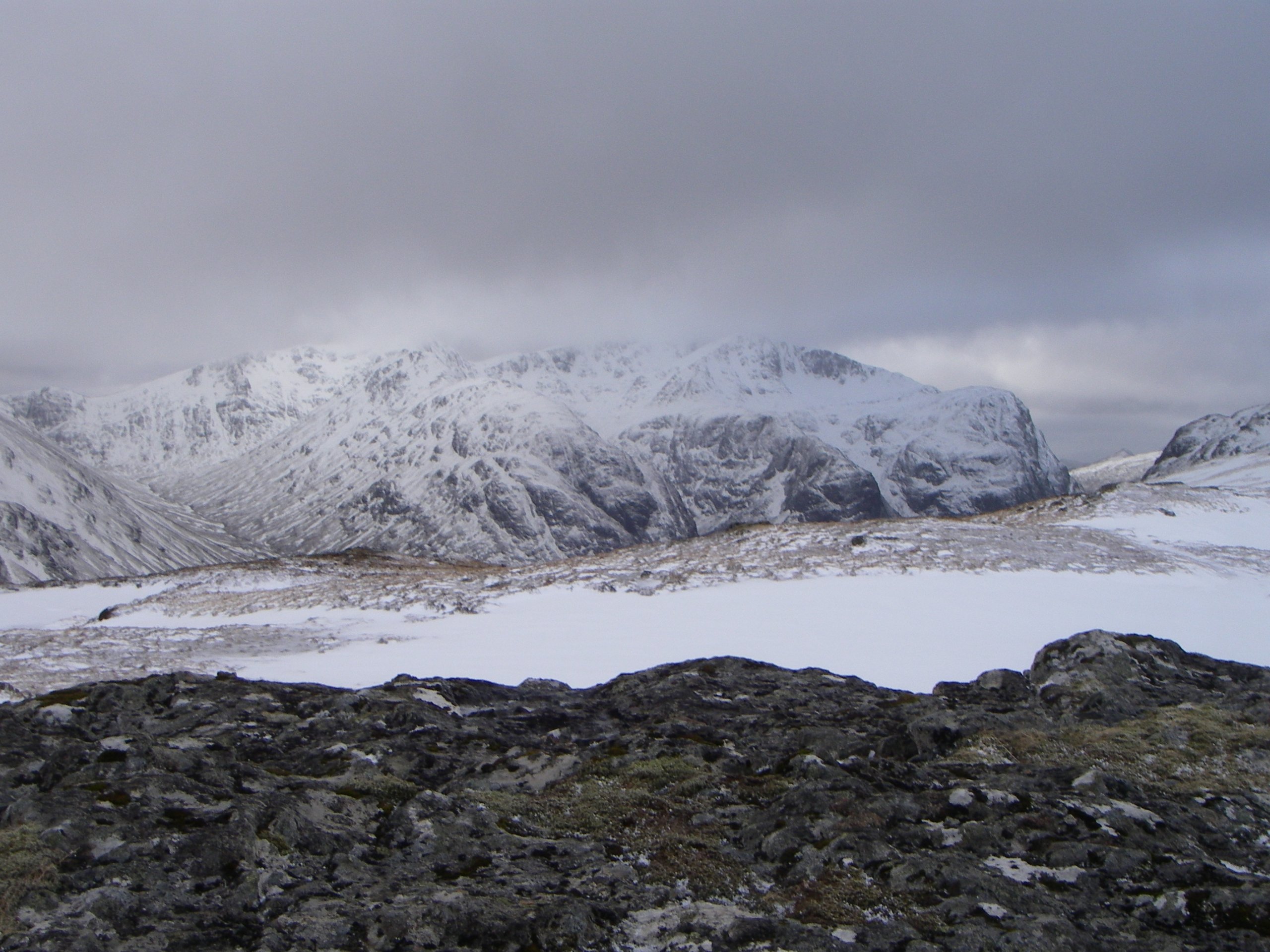 Looking over to Bidean and Stob Coire. Despite the strong winds visibility was pretty good. 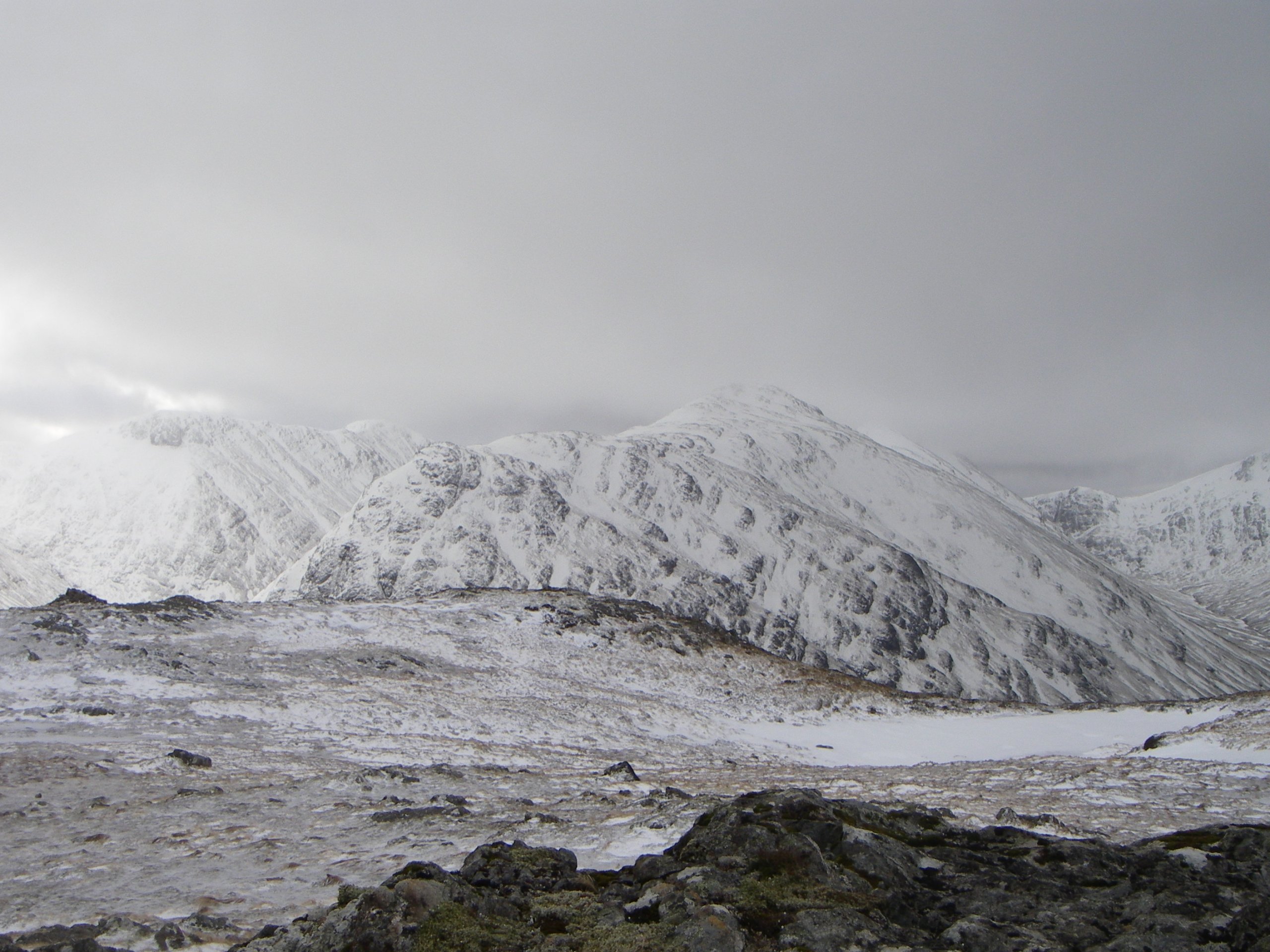 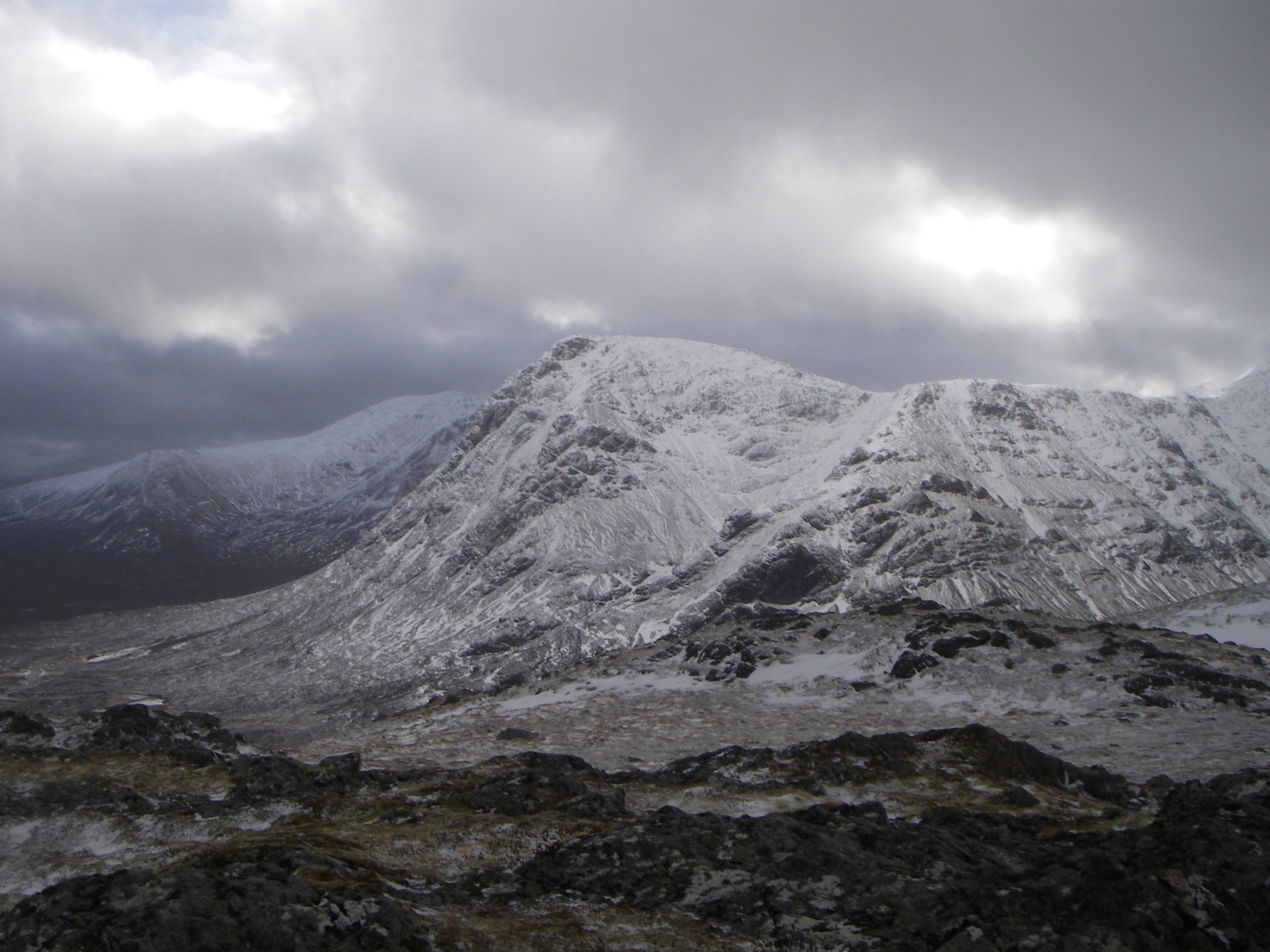 Buachaille Etive Mor with Meall a Bhuiridh behind 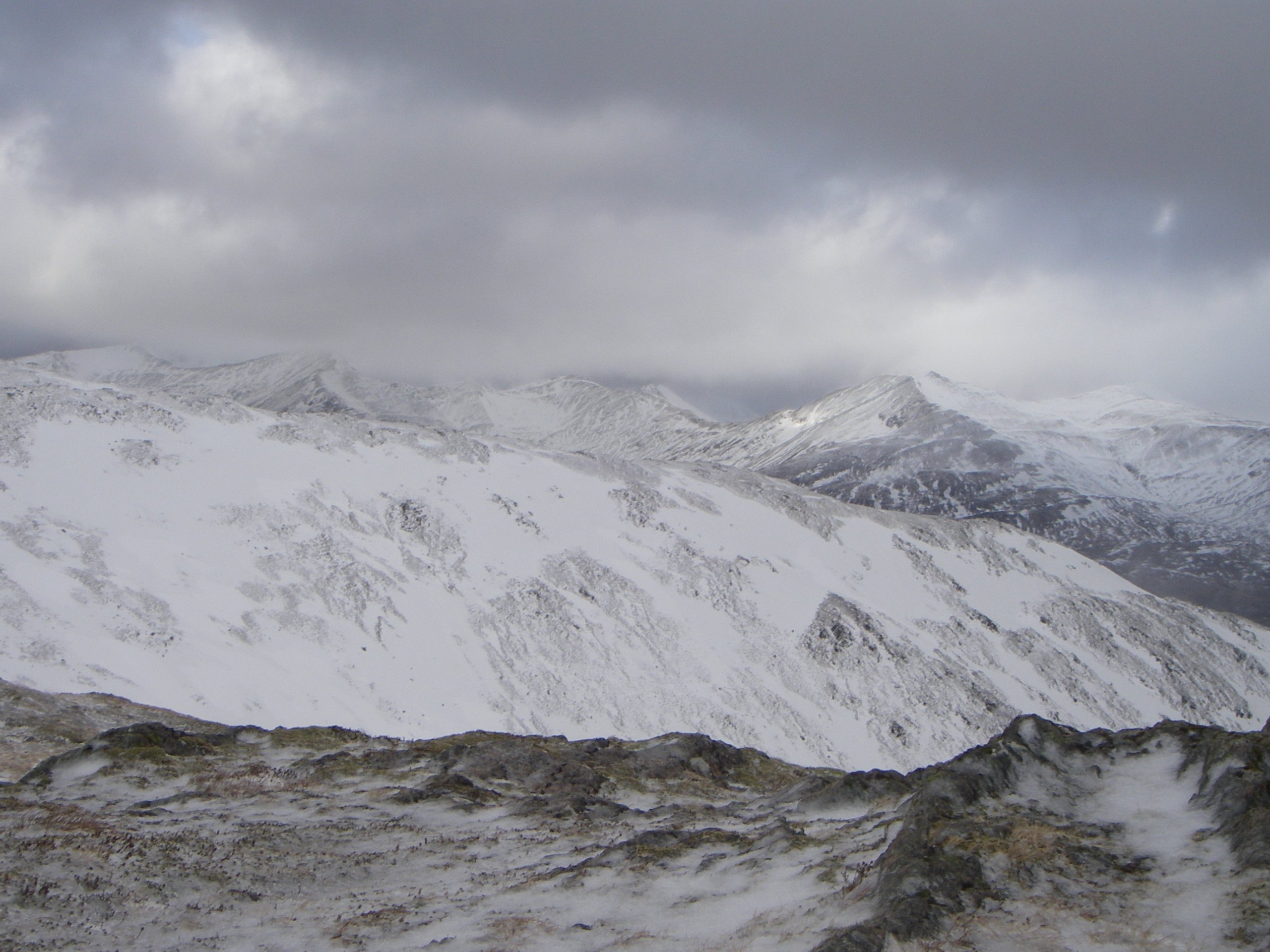 The Mamores in the distance.