It was a day of Â a little sunshine and quite a few showers today. The freezing level was around 800-900 metres, so most of the snow that settled was quite sticky and reasonable well bonded. The improved visibility allowed me that here had been quite a lot of avalanche activity in the Glen yesterday. 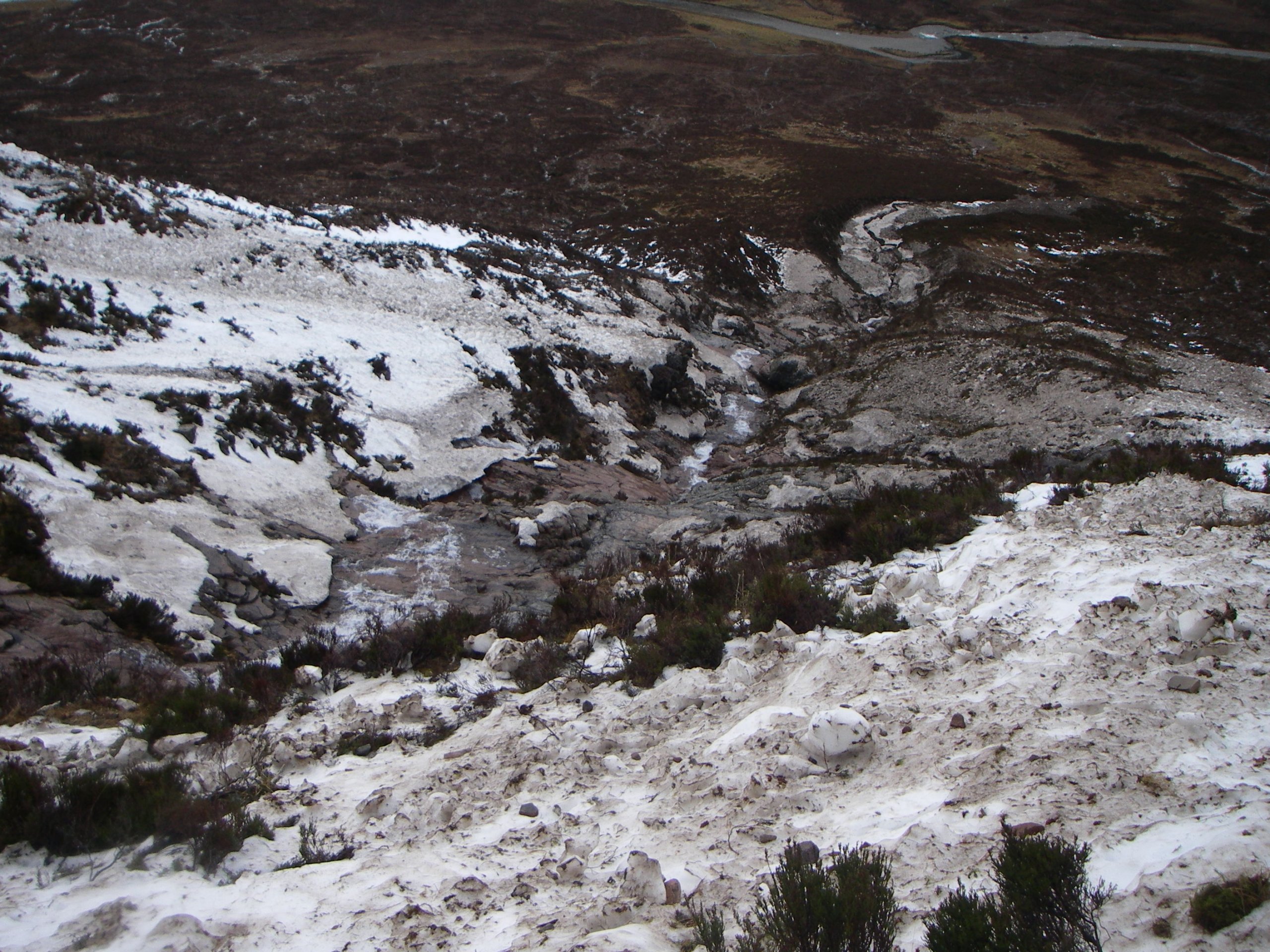 The debris from yesterday’s Great Gully avalanche as taken from the path. Some of the debris had melted in the overnight rain, and it did not look quite as impressive as I had thought. However, you can get an idea of the width of the avalanche (all the dirty snow is debris). 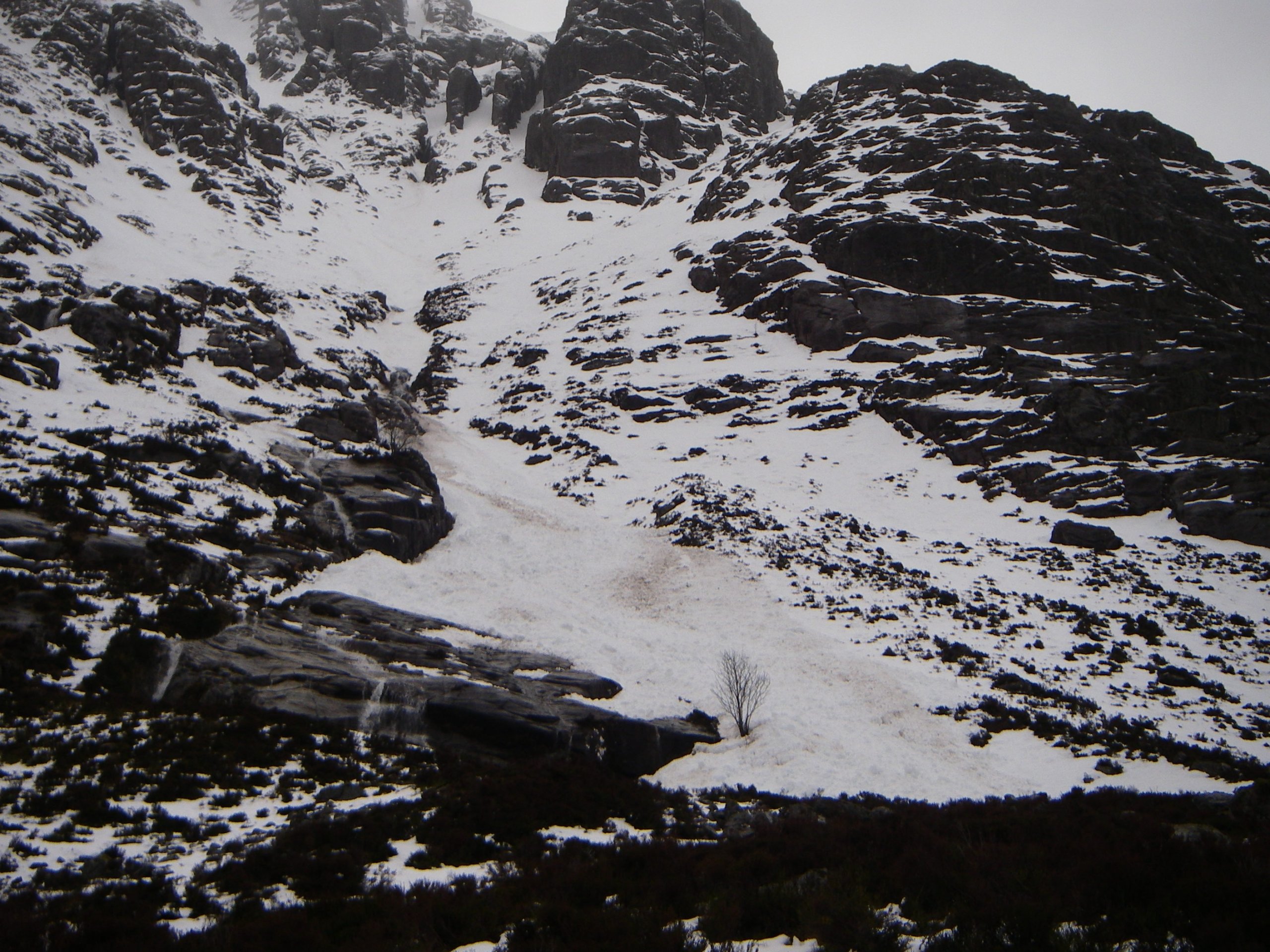 Debris from another avalanche on the Buachaille yesterday. 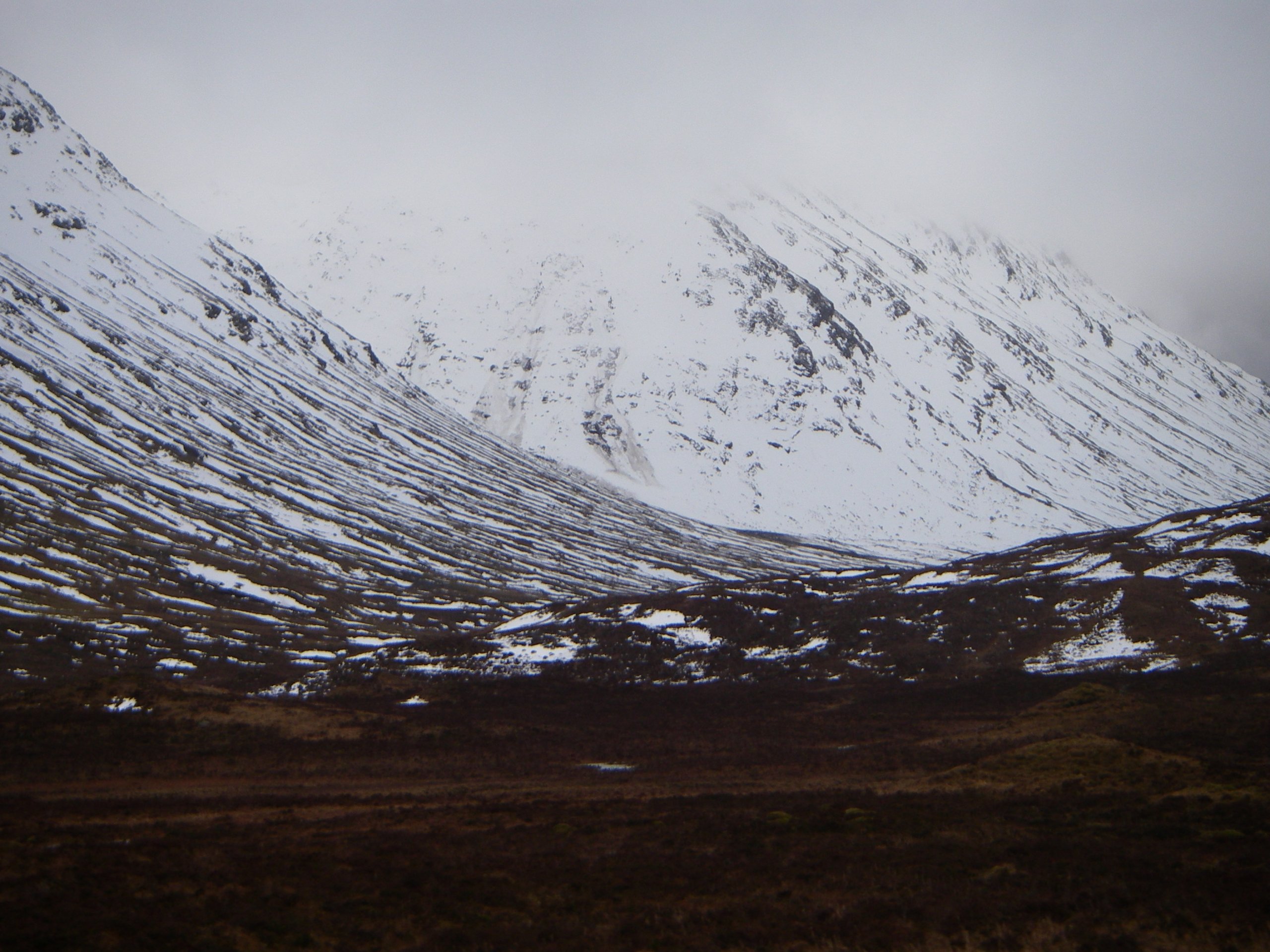 Debris from a couple of avalanches off Stob Coire Altruim which occurred yesterday. 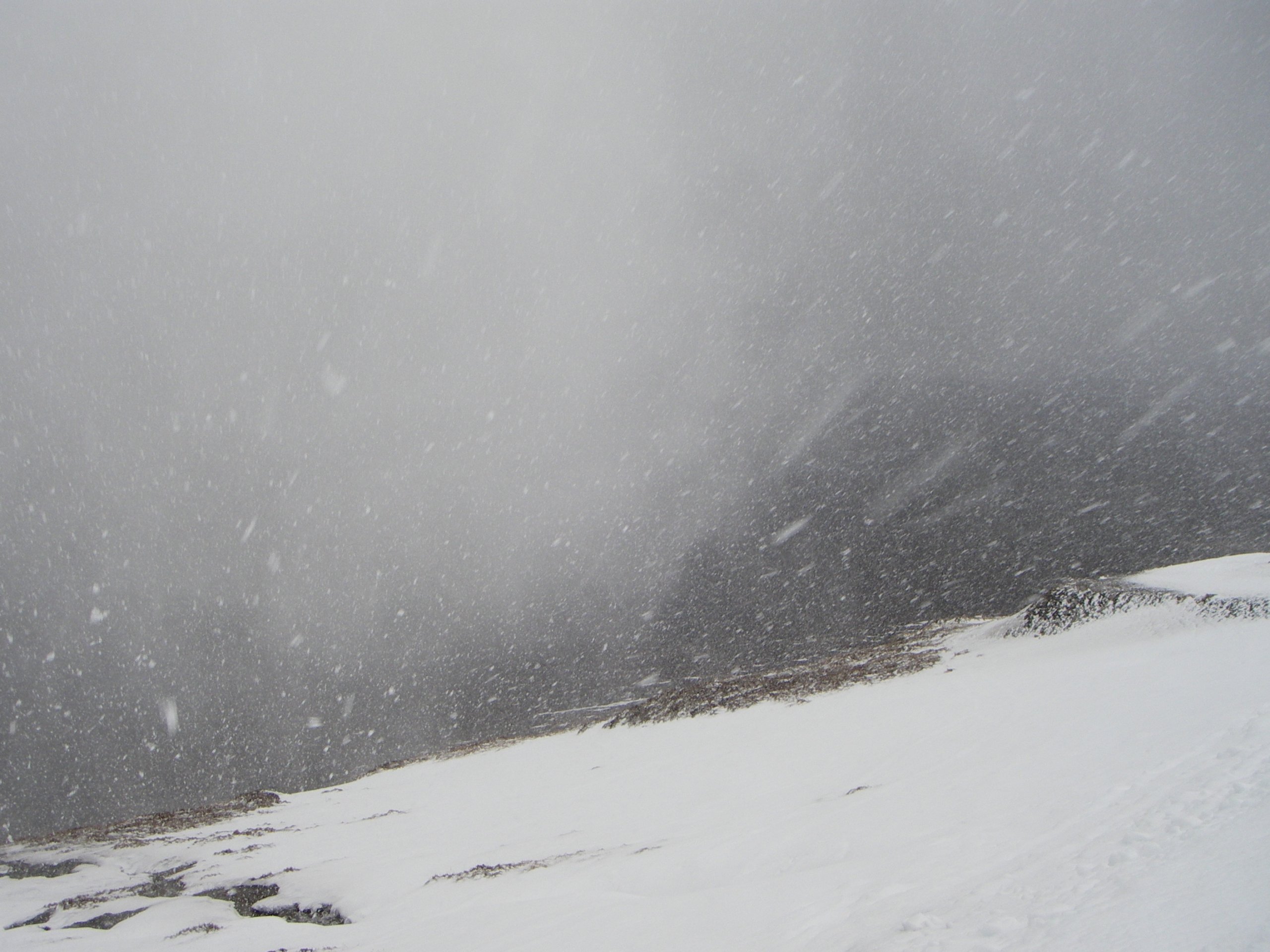 There were some heavy snow showers through the day today. 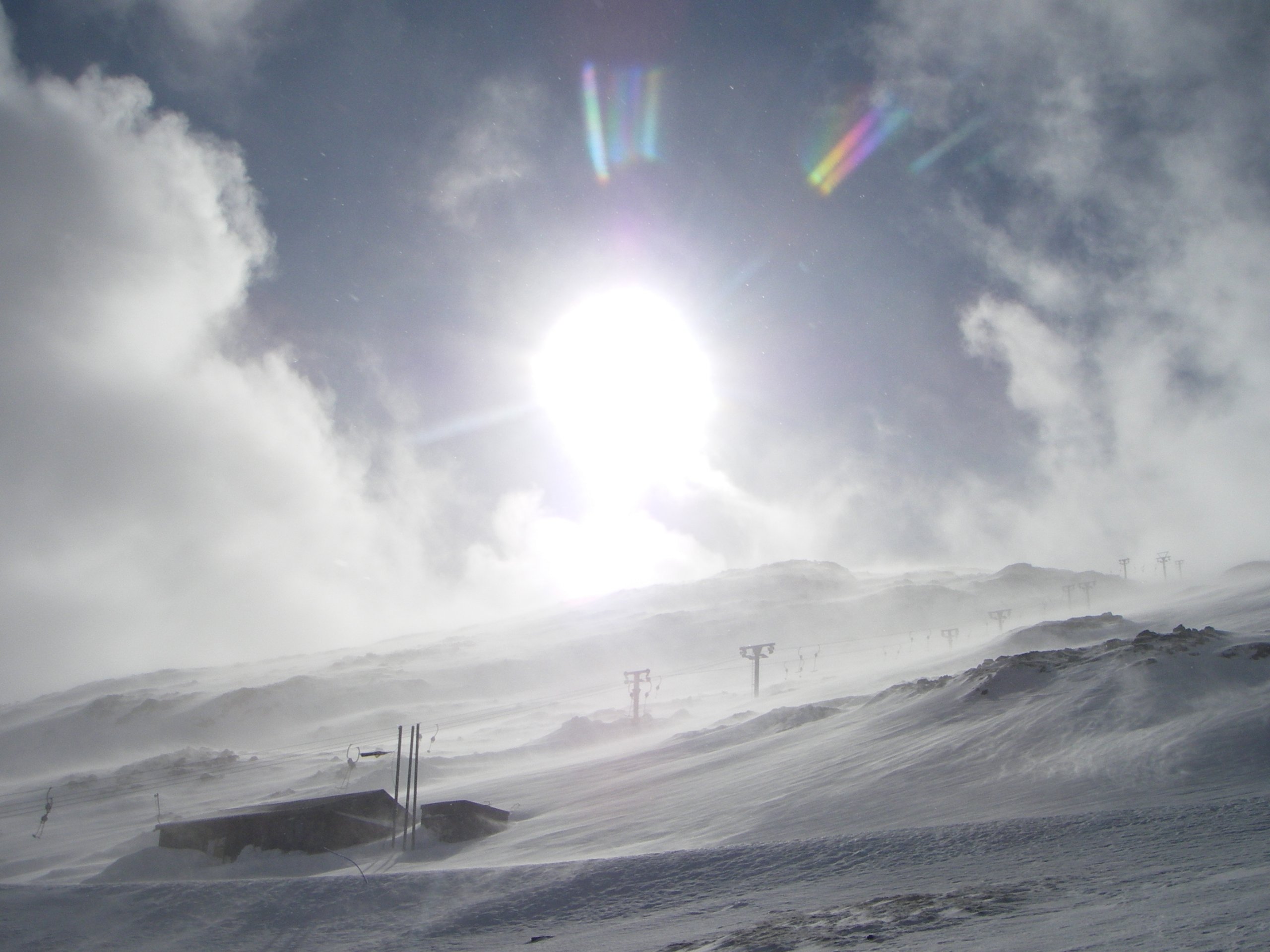 However, there were also some (brief) sunny spells.