It was quite a mild day. Although cloudy for much of the day, in the brief periods that the sun came out it felt quite warm and almost spring like. There is still lots and snow at higher levels and more significantly some large cornices. These are dropping and prone to collapse in the mild conditions. Colder overnight, then a band of snow turning to rain at all levels tomorrow afternoon and strong winds. I suspect that will make it feel less spring like. 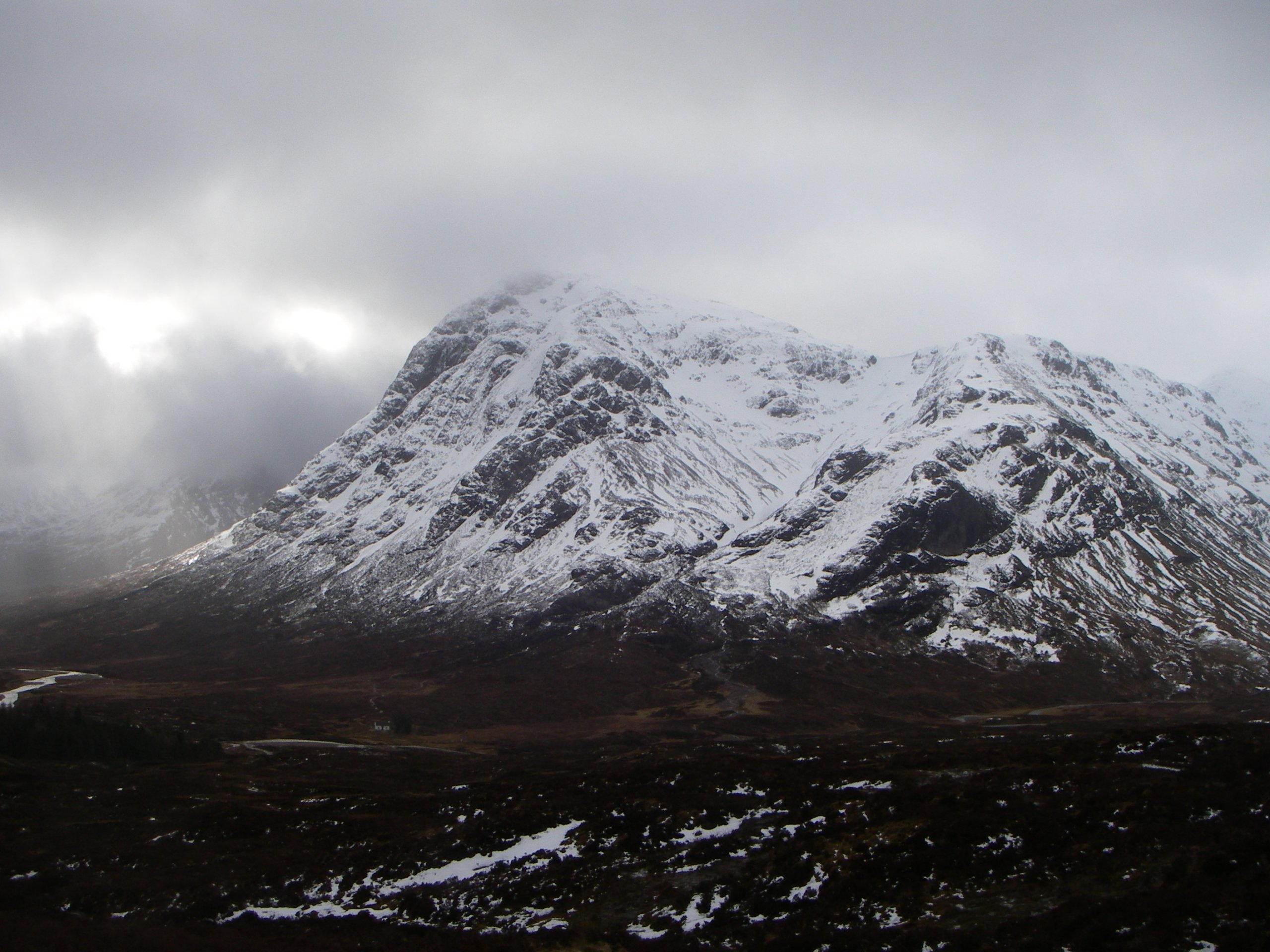 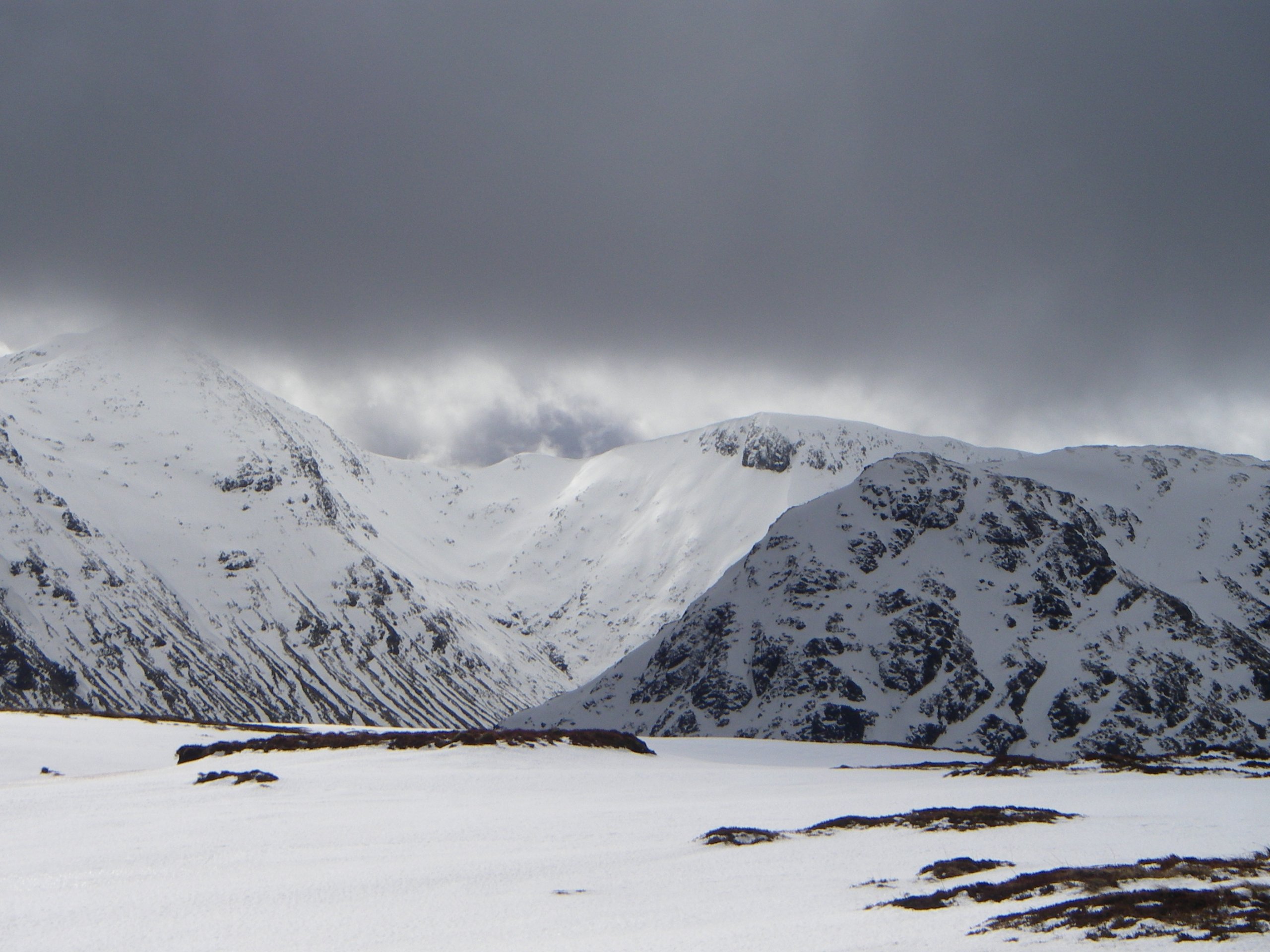 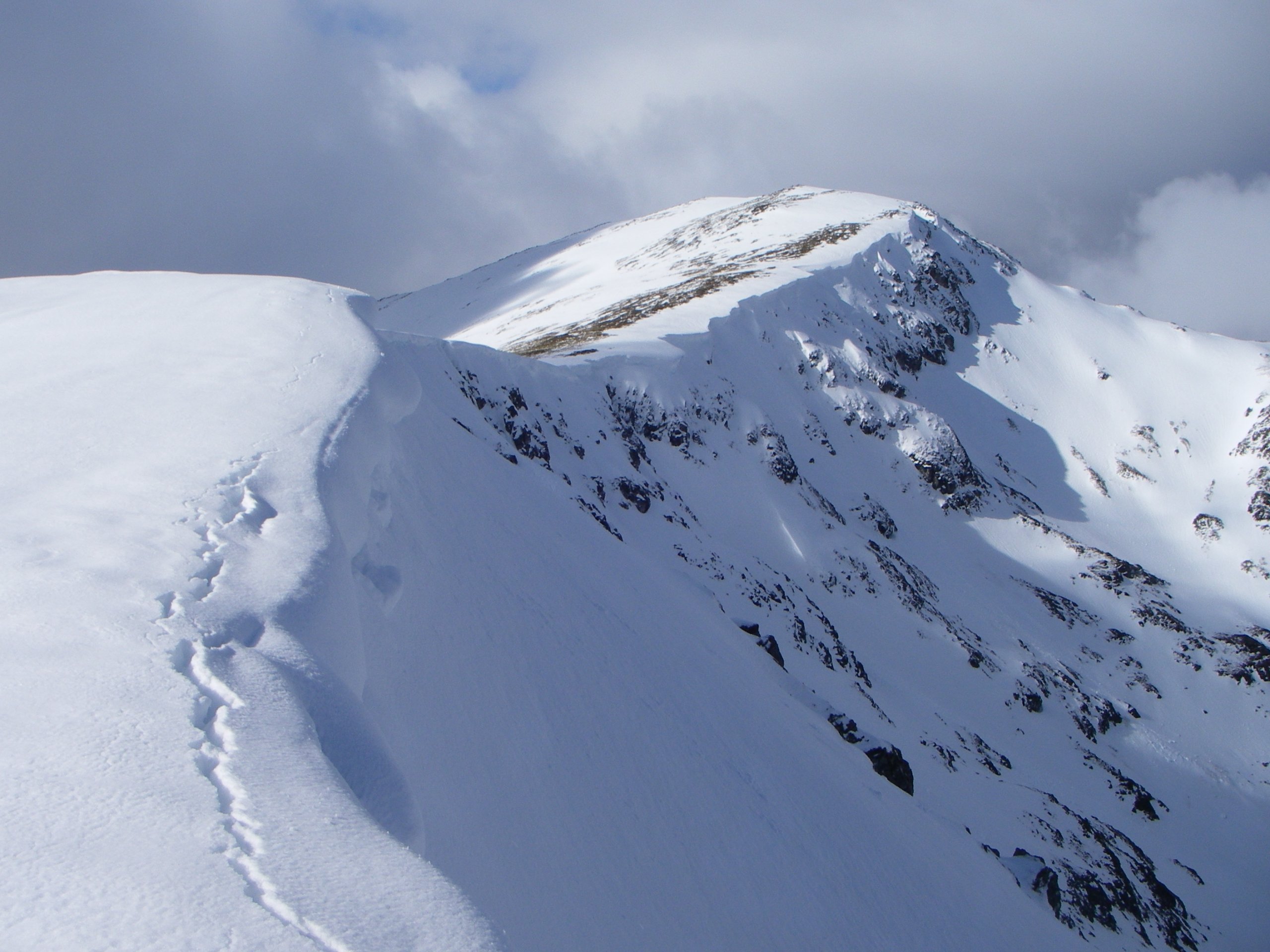 Looking up to point 903 from Sron a Choire Odhair Beag during a brief sunny spell. Cornices (such as the one in the foreground) are dropping and prone to collapse in the mild conditions. 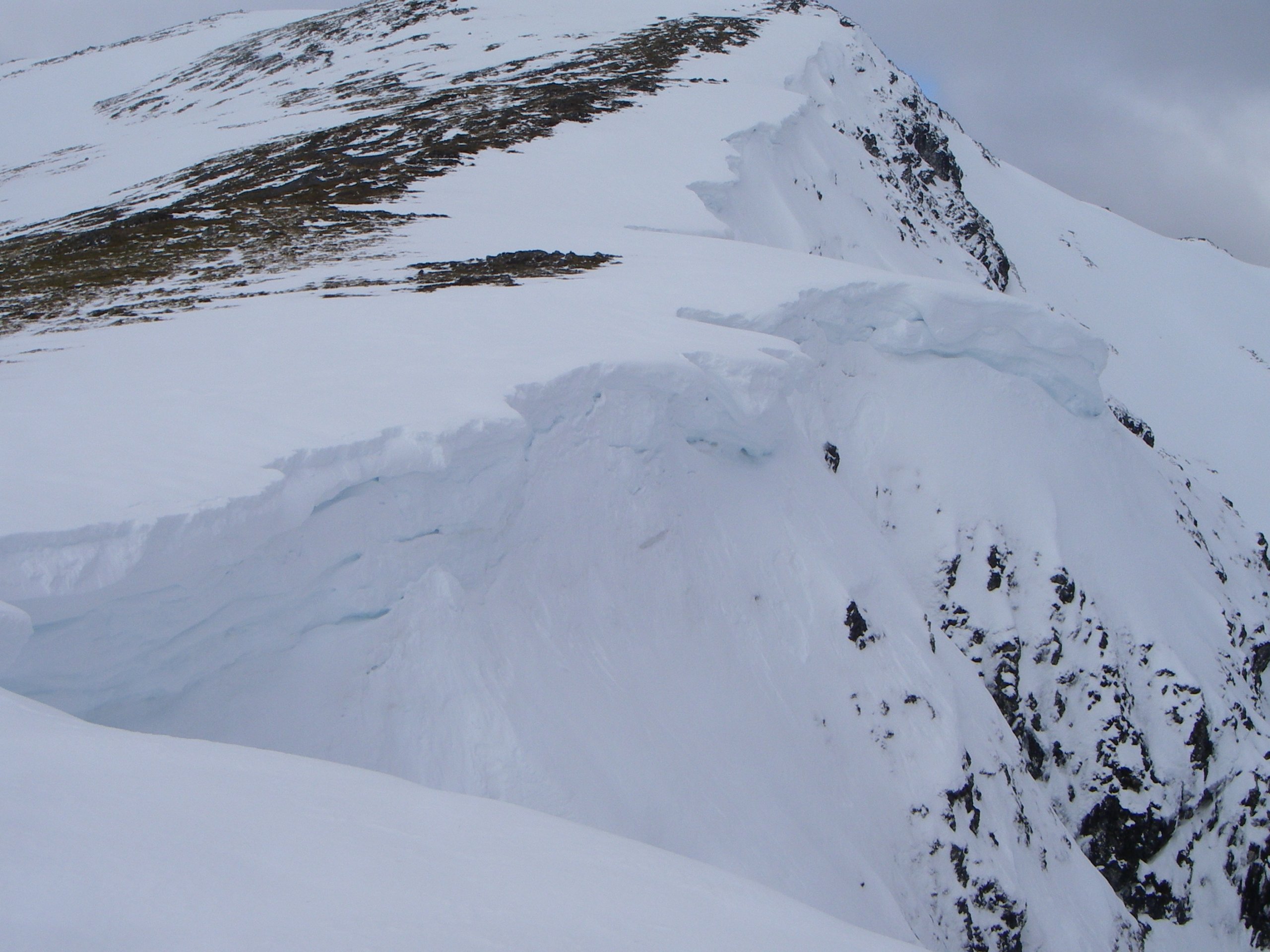 More droopy cornices with plenty of evidence of collapse along this section of ridge.Â 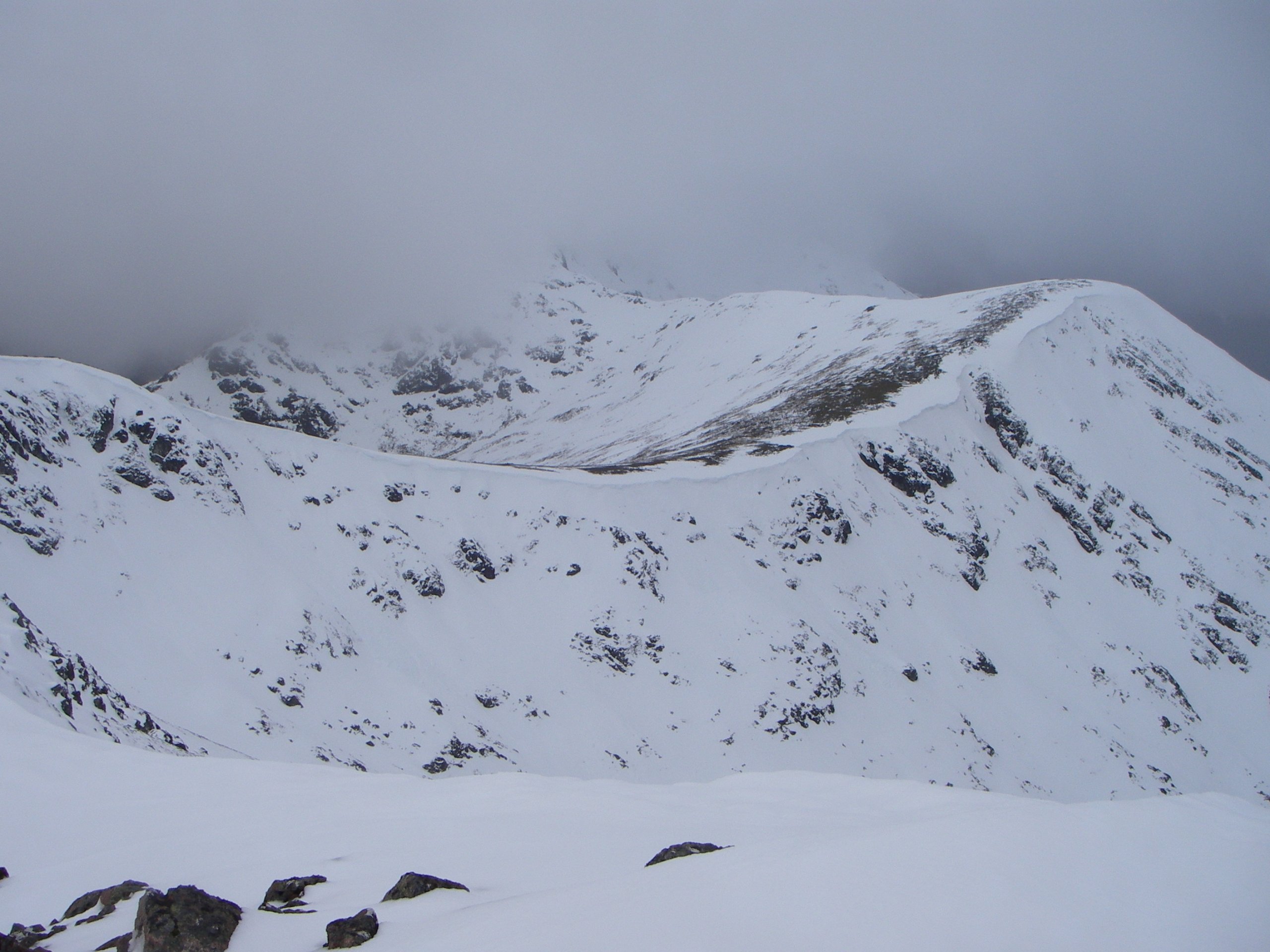 Looking West from Point 903 towards Sron Garbh. Hard to make out in this picture but there were a small cornice triggered avalanches in the slope in the middle distance.