It has remained dry with bright periods. Winds were light from an Easterly direction and the freezing level rose to around 150 metres. Localised pockets of moderately bonded windslab persist mainly on North to East aspects and largely above 900 metres with more isolated accumulations on other aspects. At lower elevations the snowpack is generally stable. Cornices are fragile. The avalanche hazard is Moderate. 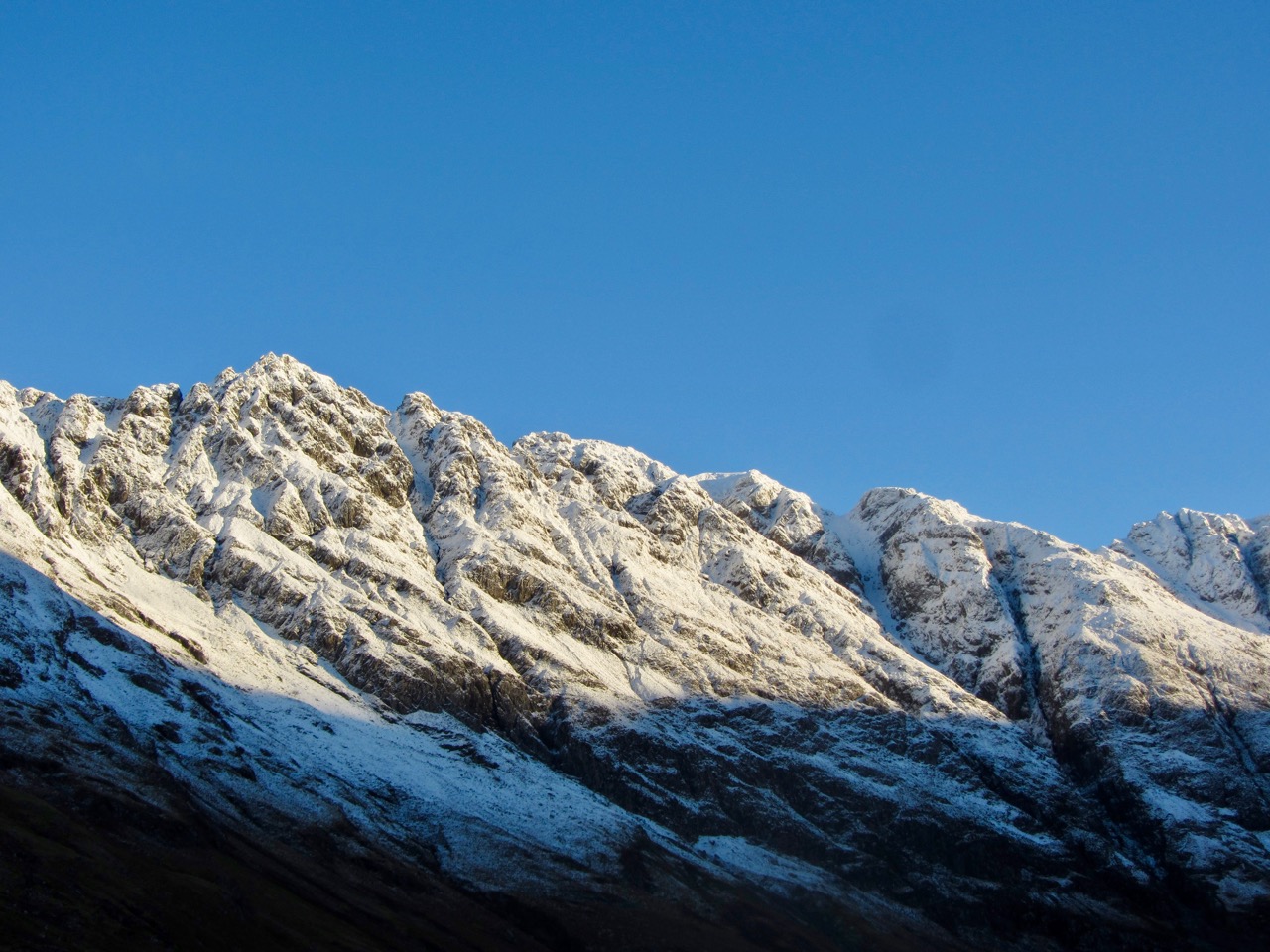 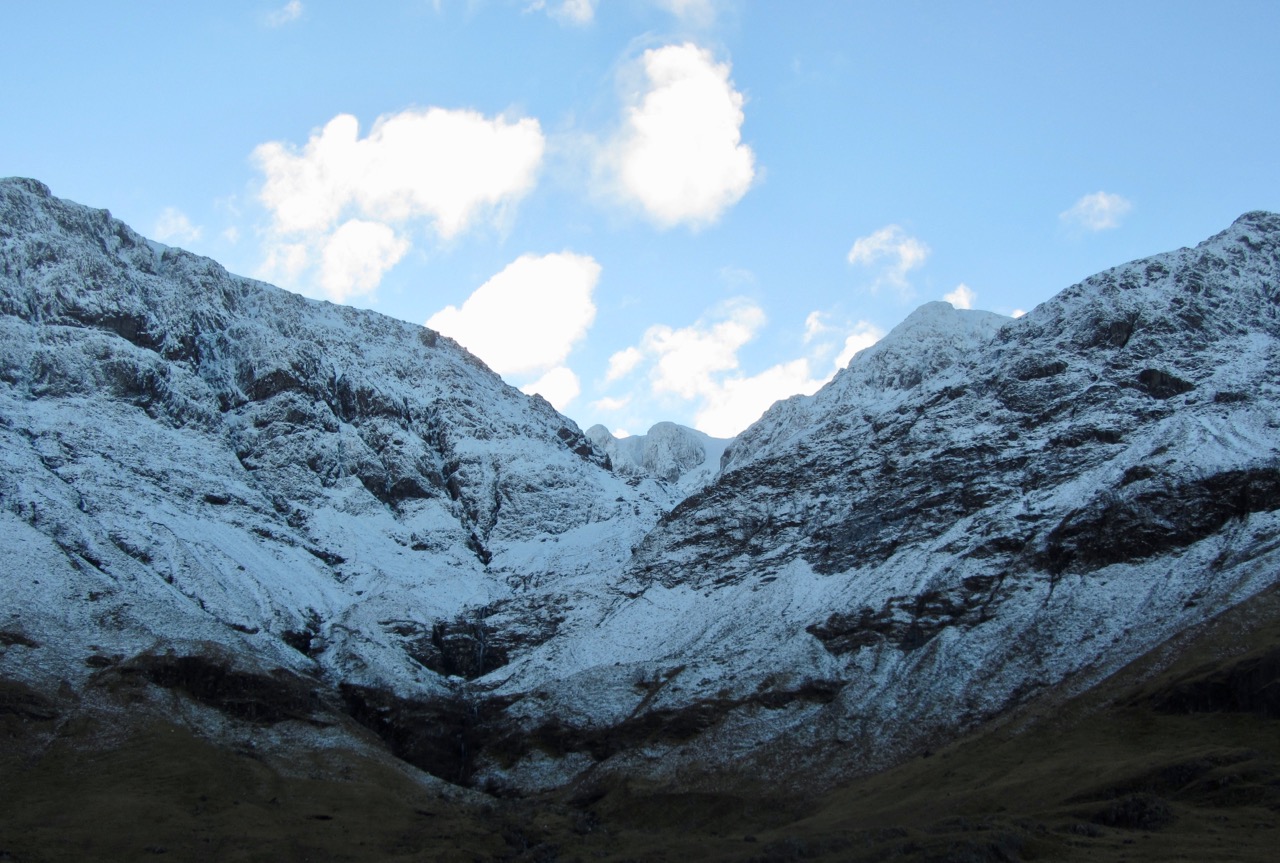 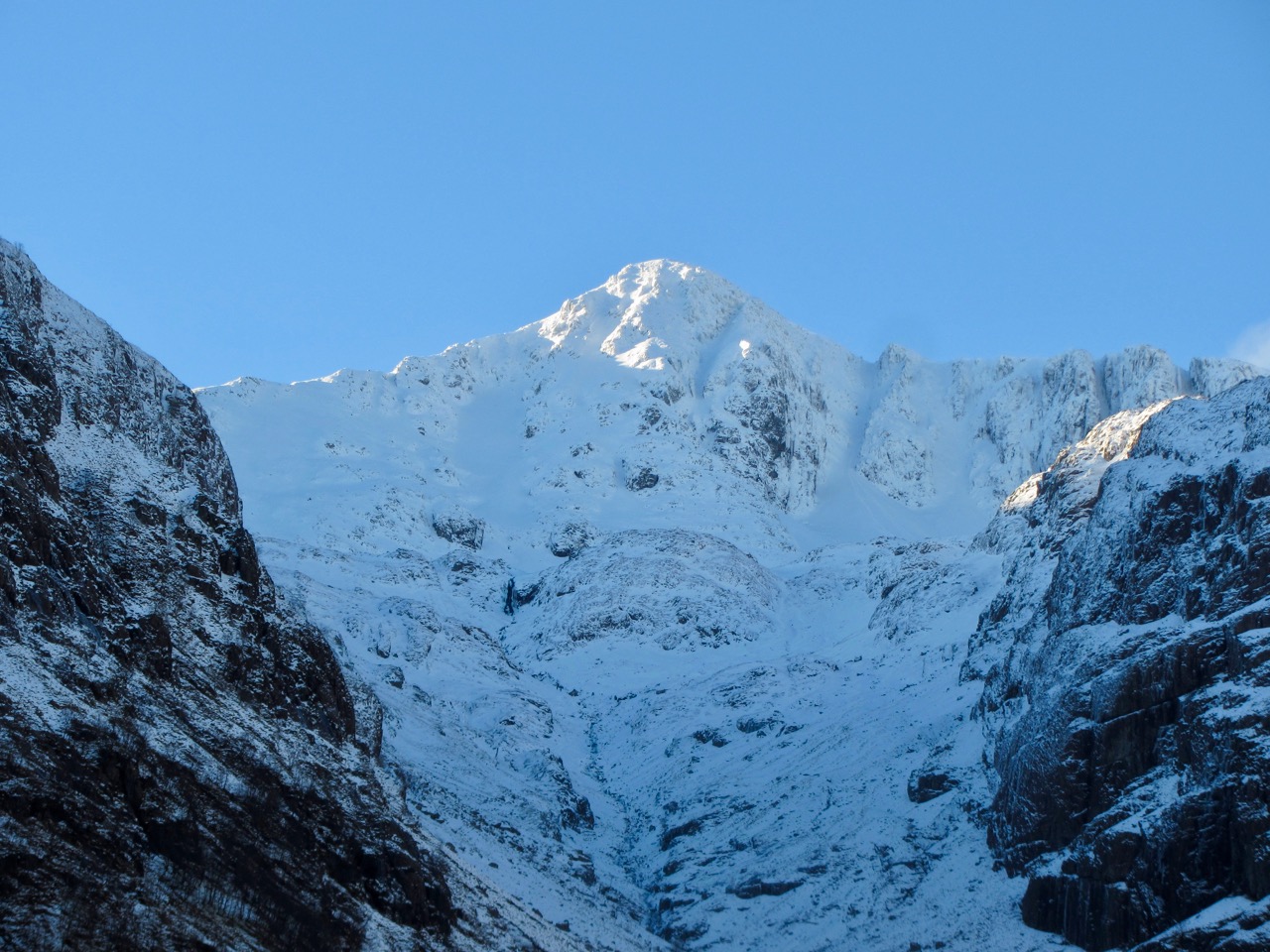 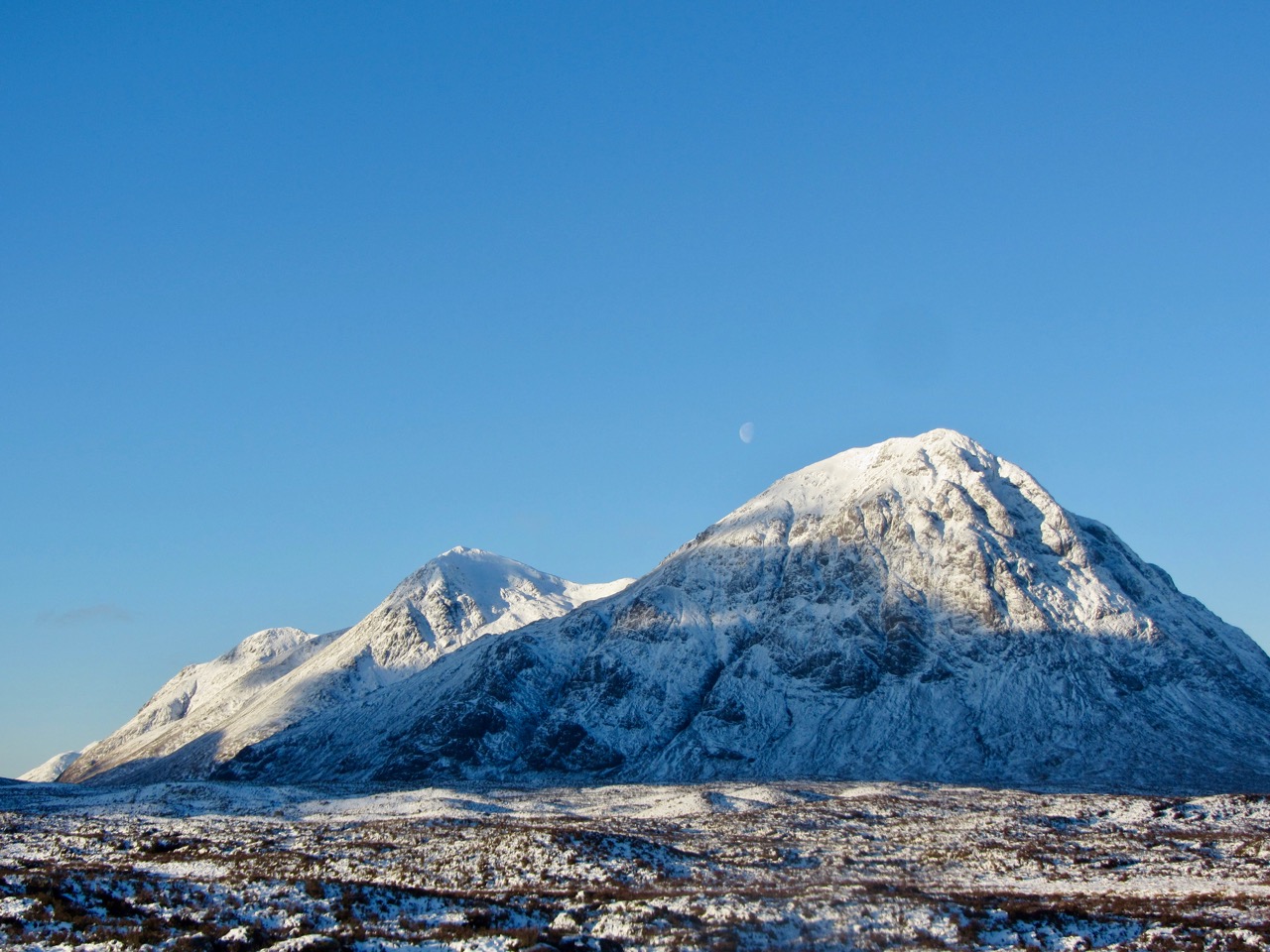 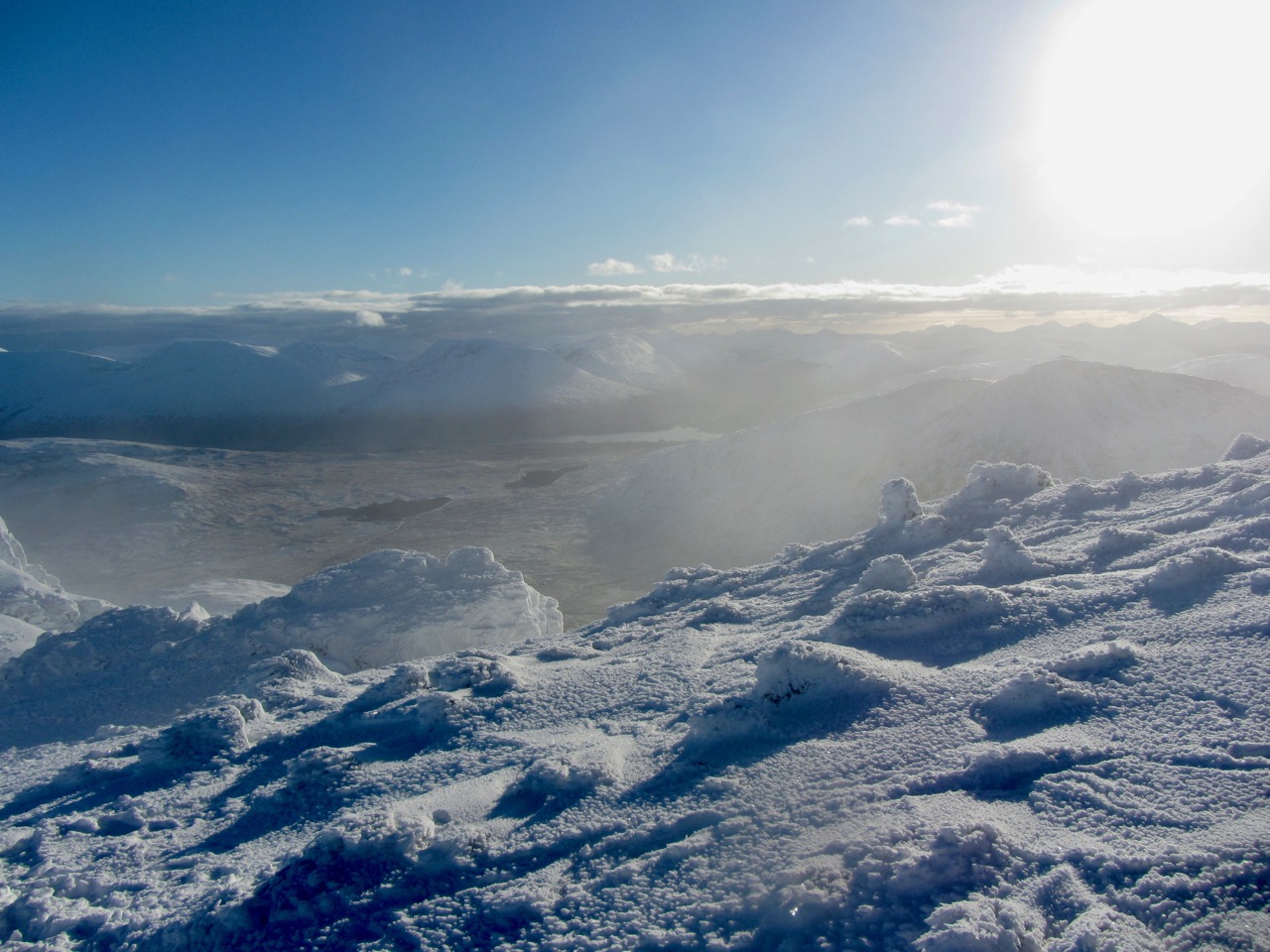 From Meall a’ Bhuiridh looking SE towards the Orchy hills. 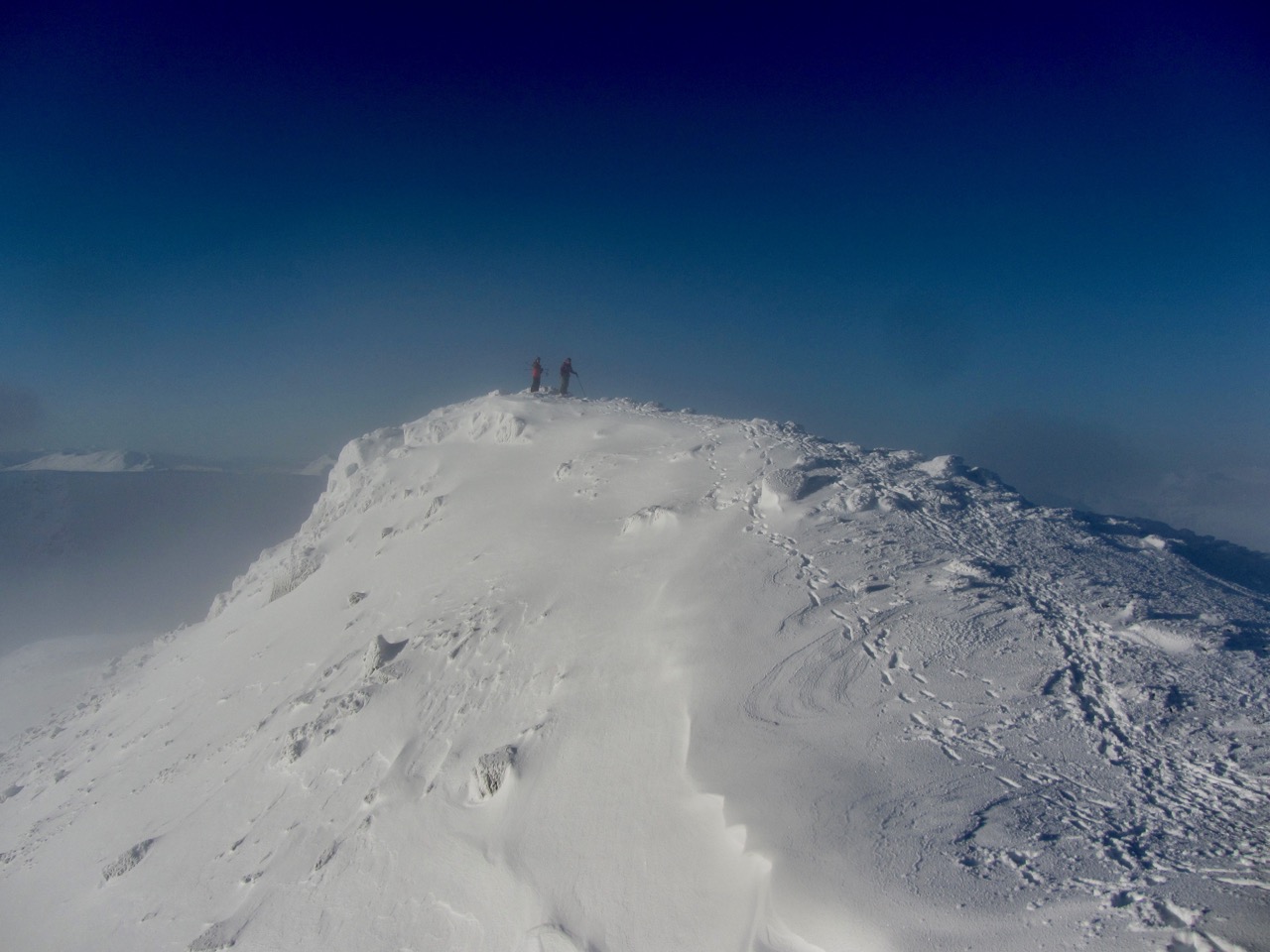 Summit of Meall a Bhuiridh. 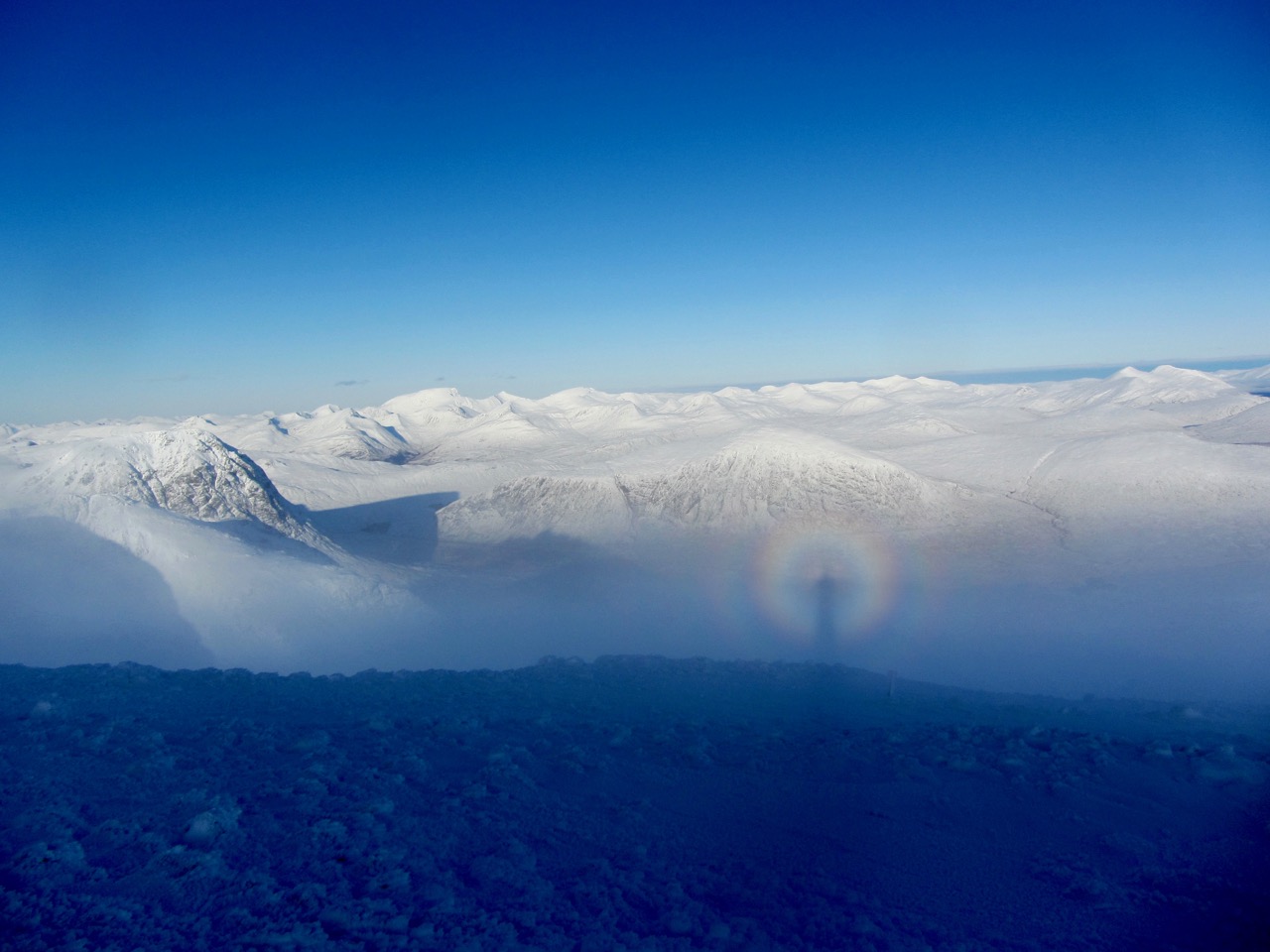 Ben Nevis in the centre left with a Brocken Spectre (Named after the German mountain on which it was first noted, a Brocken spectre is a large shadow of an observer cast onto cloud or mist. When an observer stands on a hill which is partially enveloped in mist and in such a position that their shadow is thrown on to the mist, they may get the illusion that the shadow is a person seen dimly through the mist. The illusion is that this person or ‘spectre’ is gigantic and at a considerable distance away from them. The sun shining behind the observer projects their shadow through the mist, while the magnification of the shadow is an optical illusion which makes the shadow on nearby clouds seem at the same distance at faraway landmarks seen through the cloud. Similarly, the shadow falls upon water droplets of varying distance which distorts perception and can make the shadow appear to move as the clouds vary and shift. This all combines to make the rather disorienting effect of a giant shadow moving in the distance). 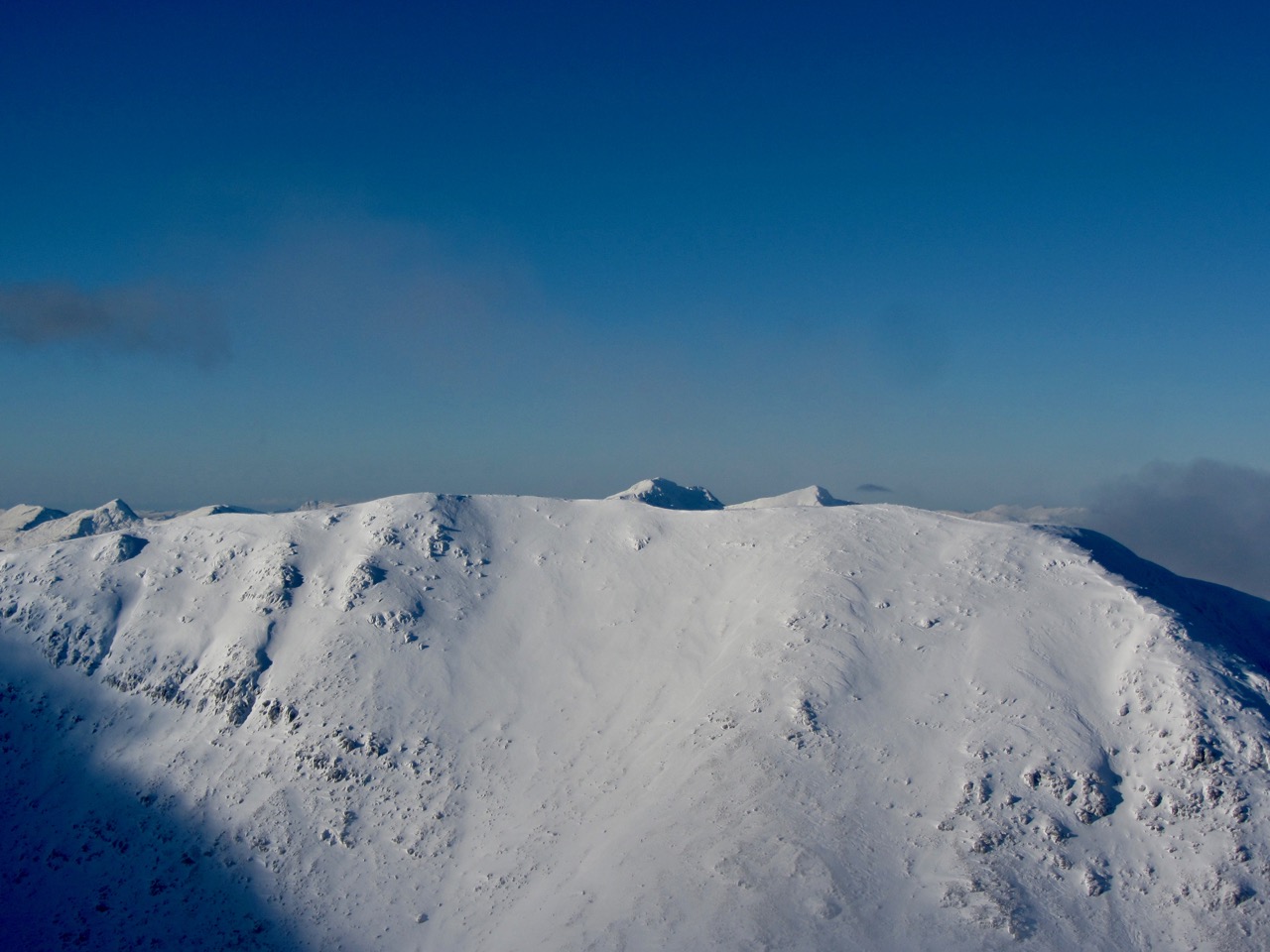 Sron na Creise with the summits of Bidean and Stob Coire nan Loch seen beyond the ridge line centre right. 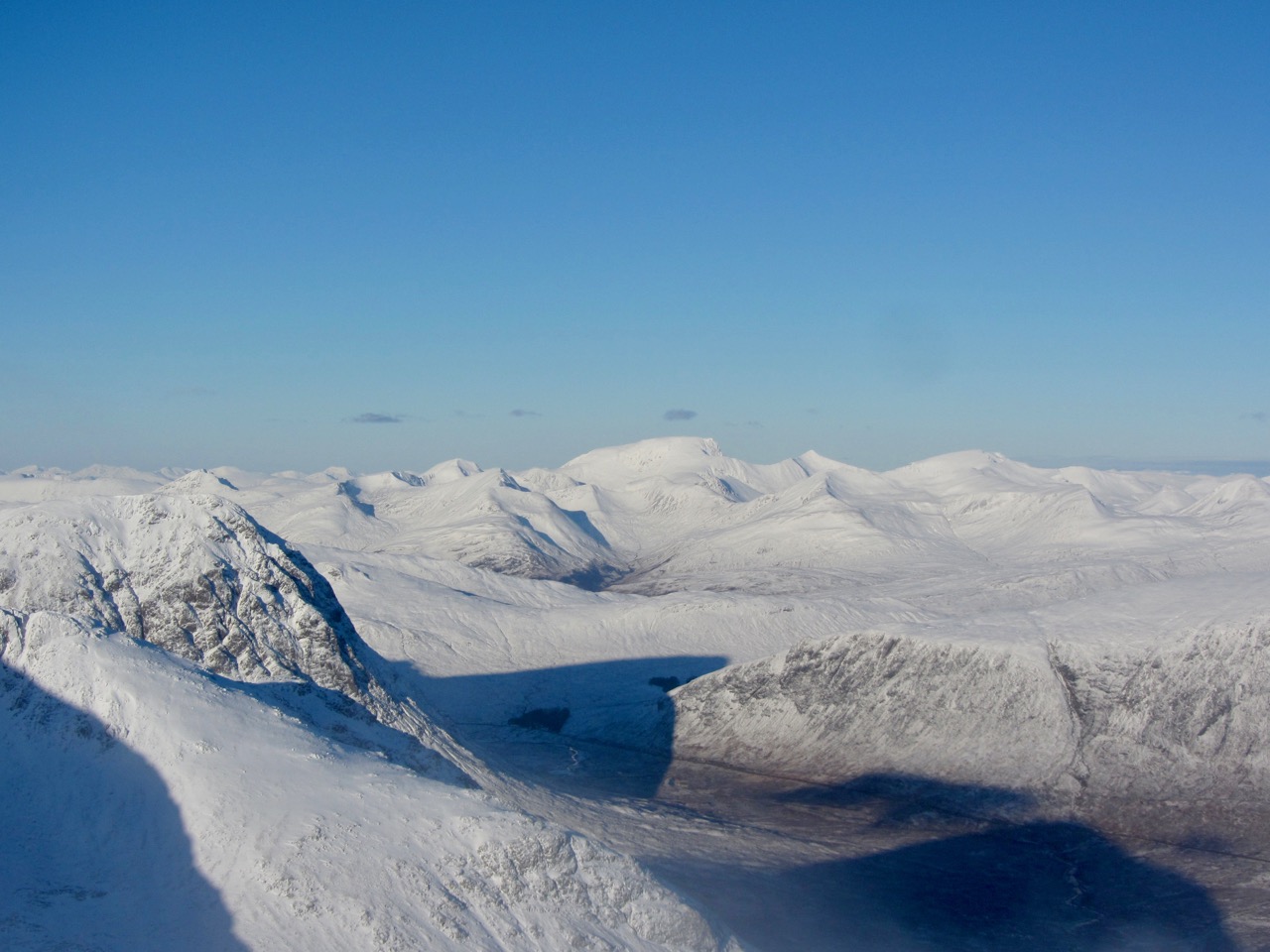 Buachaile Etive Mor on the left with Nevis the high distant peak. The A82 road in the bottom of the glen.