It was dry and calm with another frosty start to the day particularly above 450 metres below this level it was foggy. Winds over the summits were just noticeable, so very light from a Northerly direction. The temperature at sea level was plus 1.5 degrees this morning Â at 750 metres it was minus 3.5 degrees celsius with plus 7 degrees celsius at the highest summits. A sandwich of cold air at mid mountain height produced rime, hoar and verglas, so the grassy slopes were heavily rimed with hoar and frost and rocks and paths were icy. 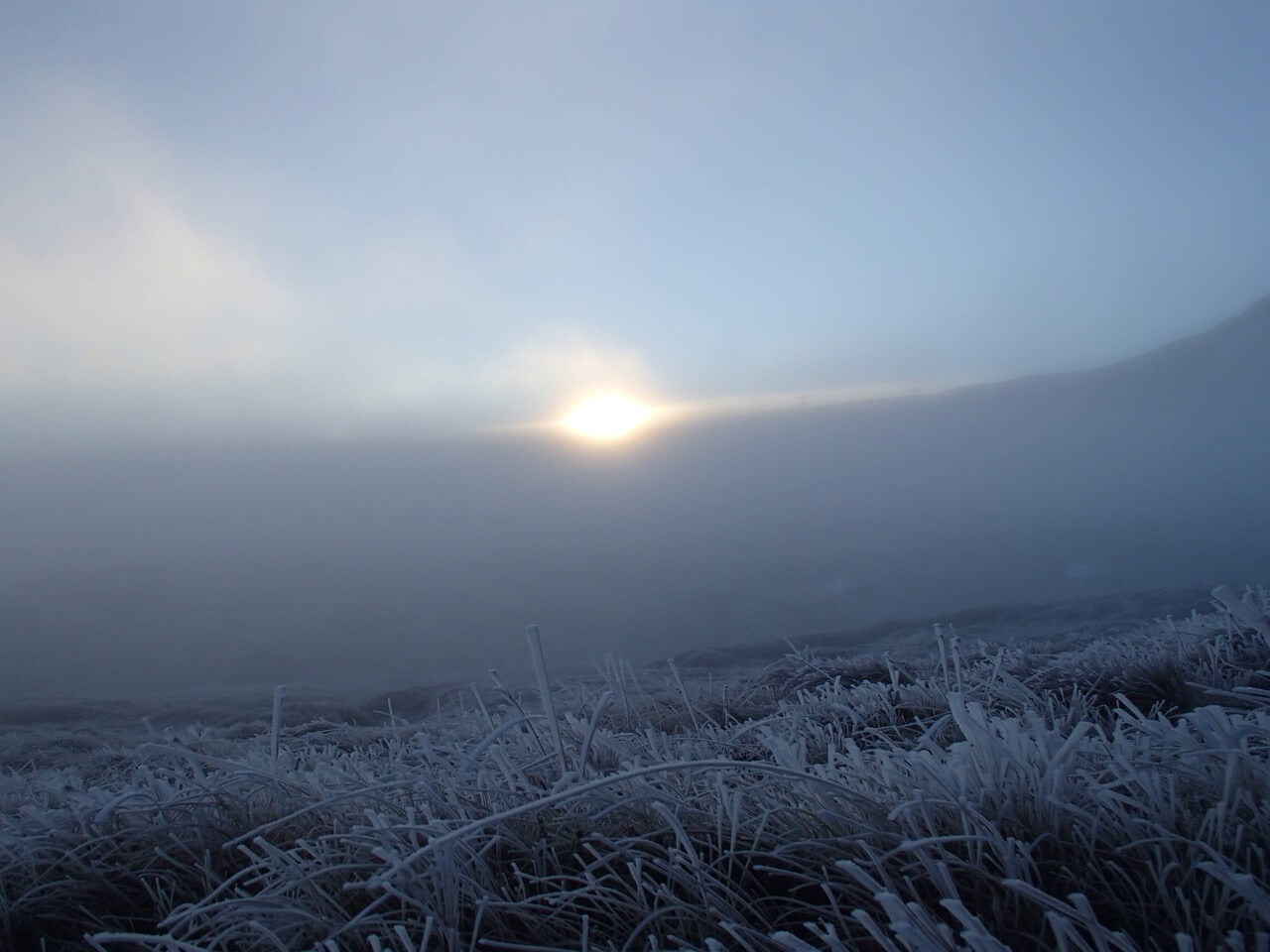 The sun trying to penetrate the cold foggy layer which existed below 750 metres, note the heavily rimed grass. 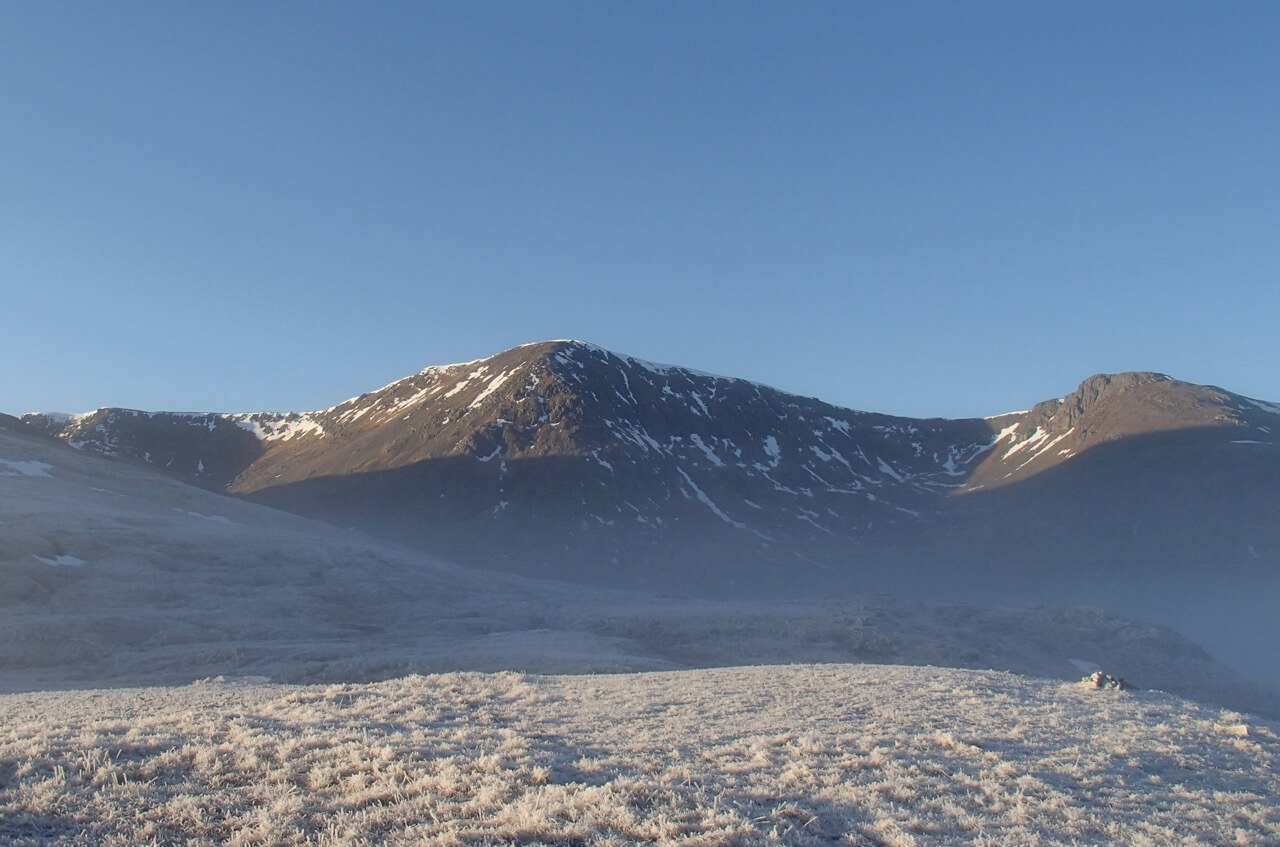 Looking across to Creise 1100 metres with the top of Stob a’ Gllais Choire 996 metres on the right. 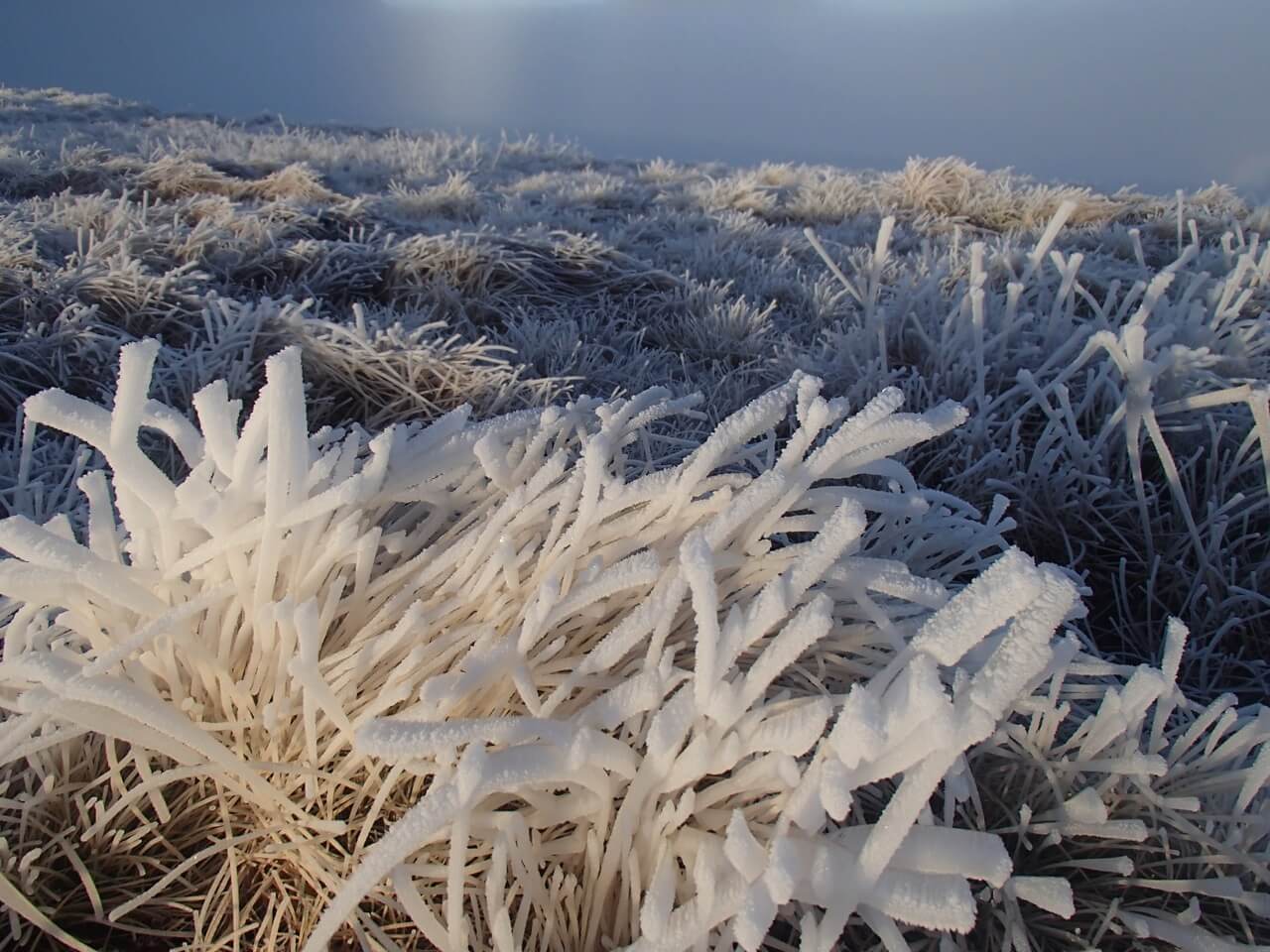 Looking north from Meall a’ Bhuiridh. 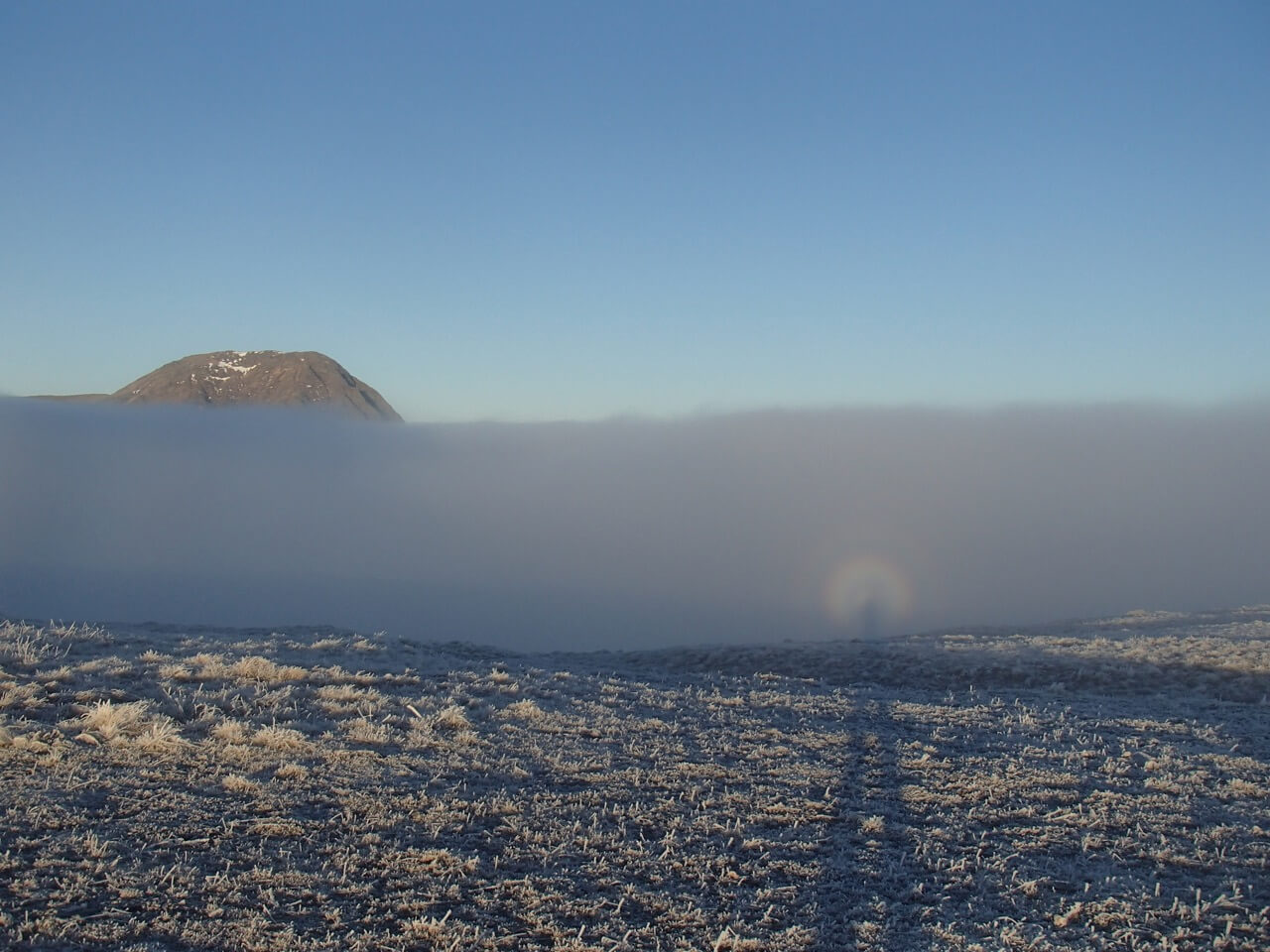 Stob Dearg just above the inversion with a Brocken Spectre forming on the mist. 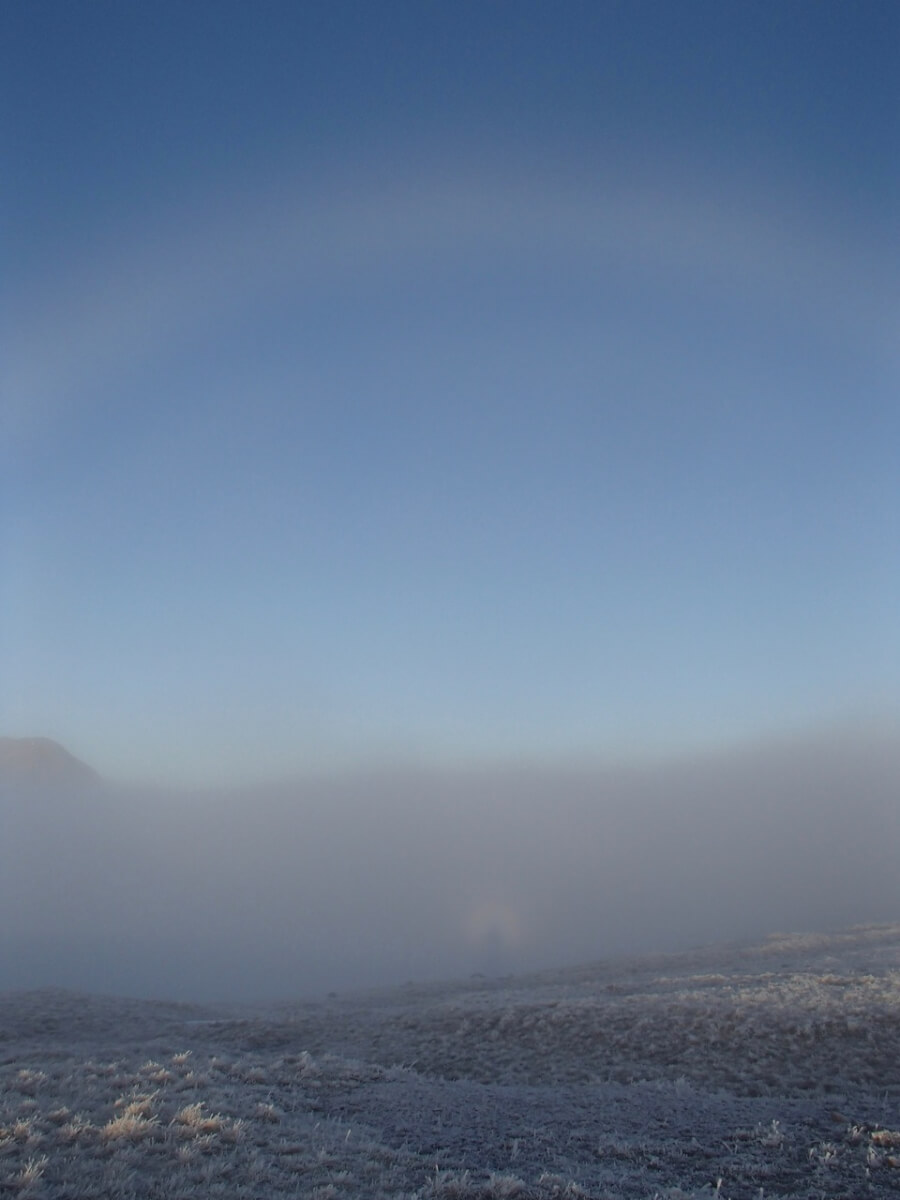 A ‘brocken bow’ formed above the brocken spectre.

The remaining snow cover on Meall a’ Bhuirdh which is well bonded, firm and icy.

Forecast: High pressure will persist bringing dry and settled weather. Inversion height generally expected to remain unchanged. Another frost expected at lower elevations, winds will be light and vary between South-Westerly to South-Easterly. Freezing level above the summits but the inversion will keep a band of colder temperatures around 500 metres.

Little change is expected, the snowpack will remain well bonded, firm, stable and often icy. Snow cover is patchy and exists mainly on North to Easterly above 850 metres. The avalanche hazard will be Low.