Poor visibility in the cloud today. There is little change in the snowpack with only trace amounts of fresh snow today. 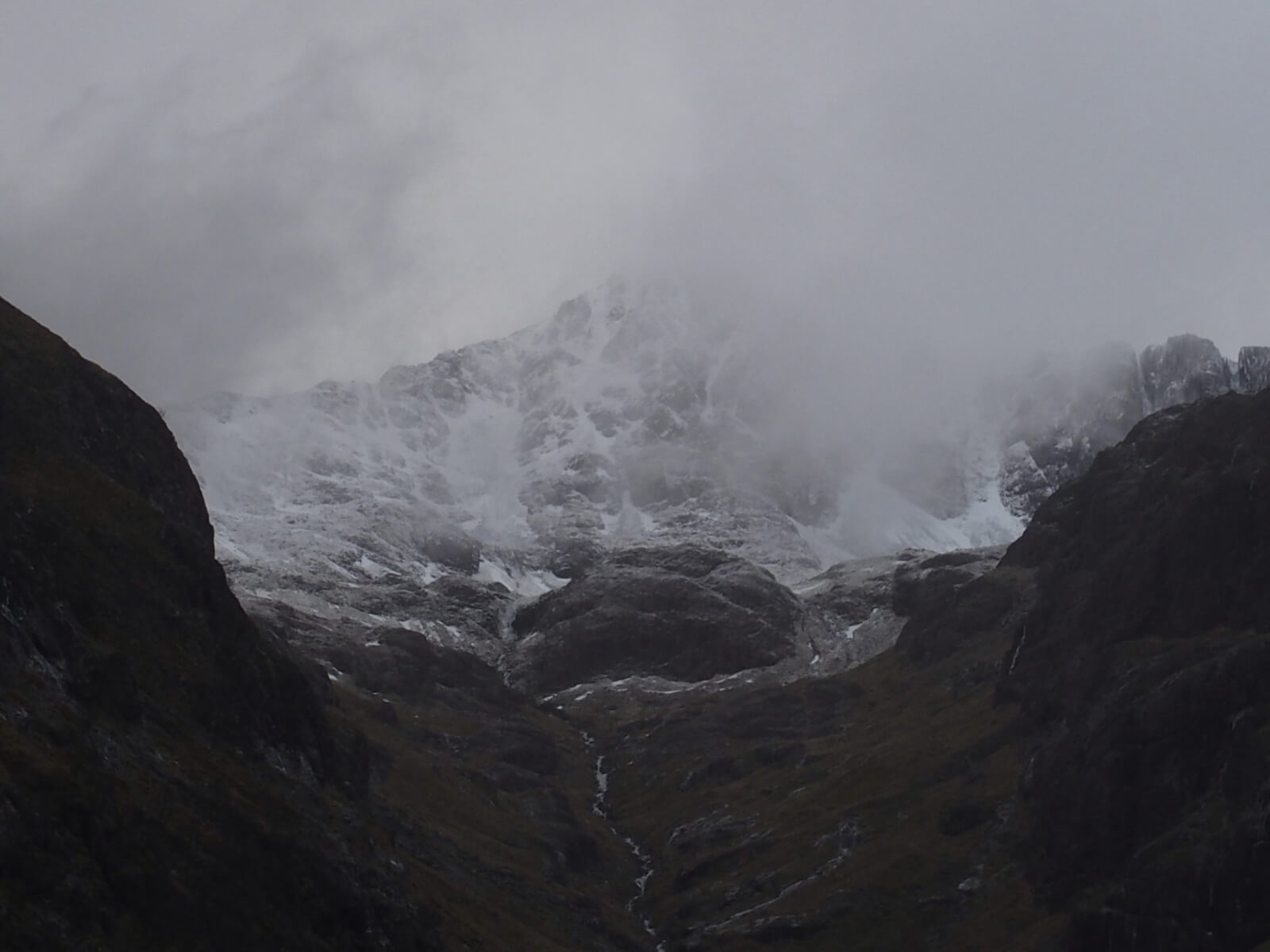 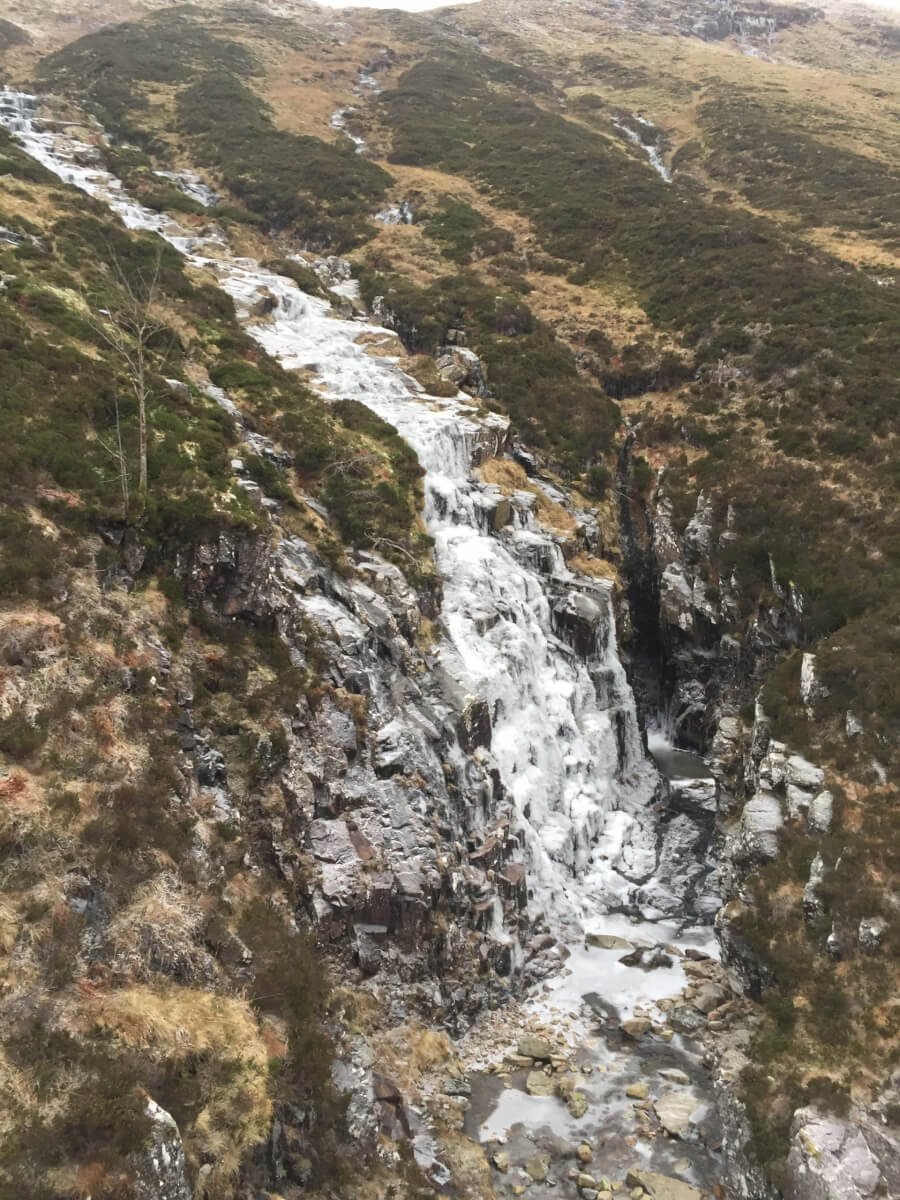 Frozen waterfall at around 500 metres. Many paths were also icy. 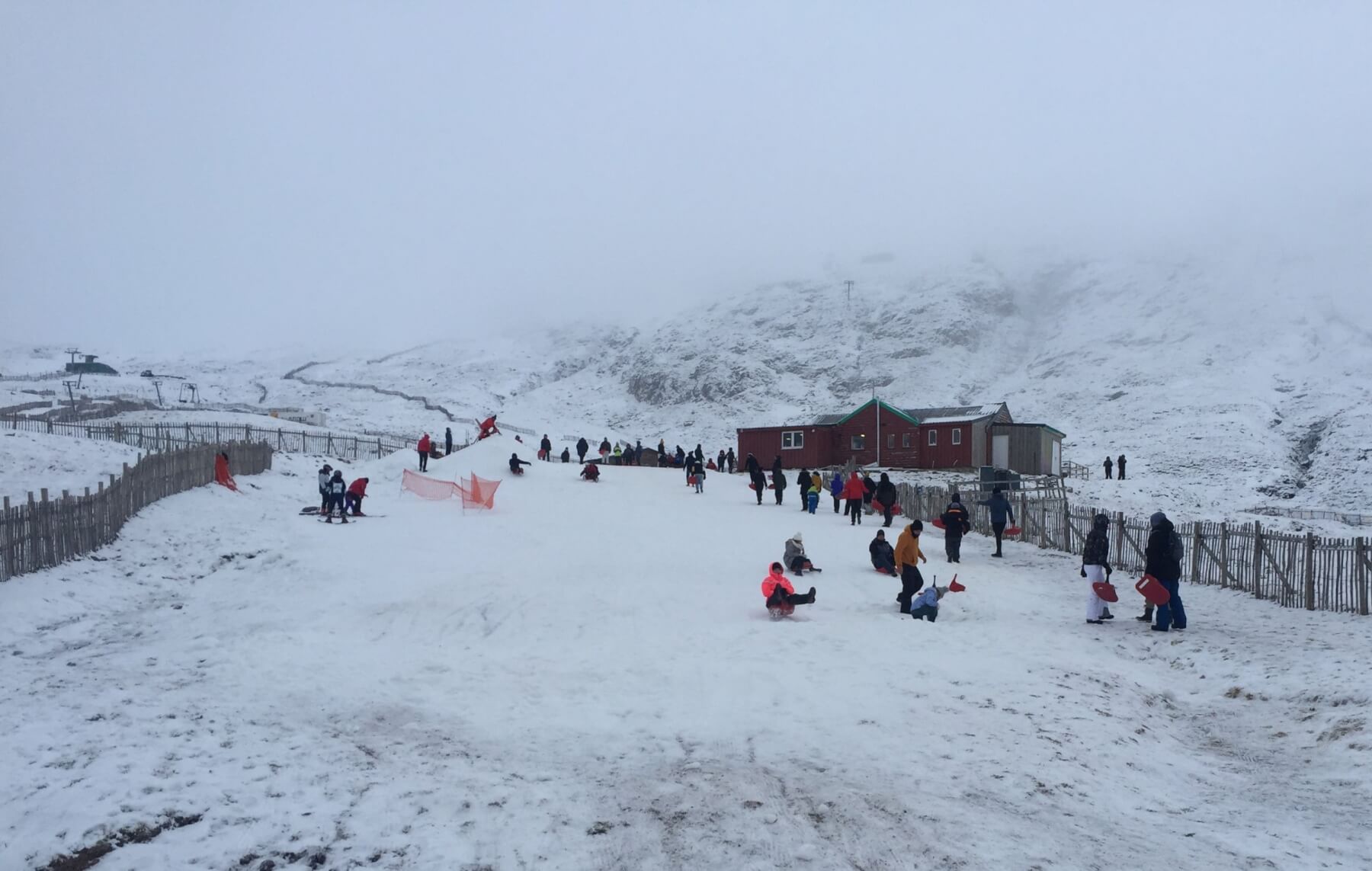 Sledging was popular today. This is mainly on man-made snow.