New snow fell overnight and through much of this morning, Winds initially were South-Westerly becoming Westerly later. Â With the combined effect of new snow and wind transport of existing deposits deep drifts and unstable areas of Â windslab have formed in sheltered gullies and on lee slopes mainly above 850 metres. 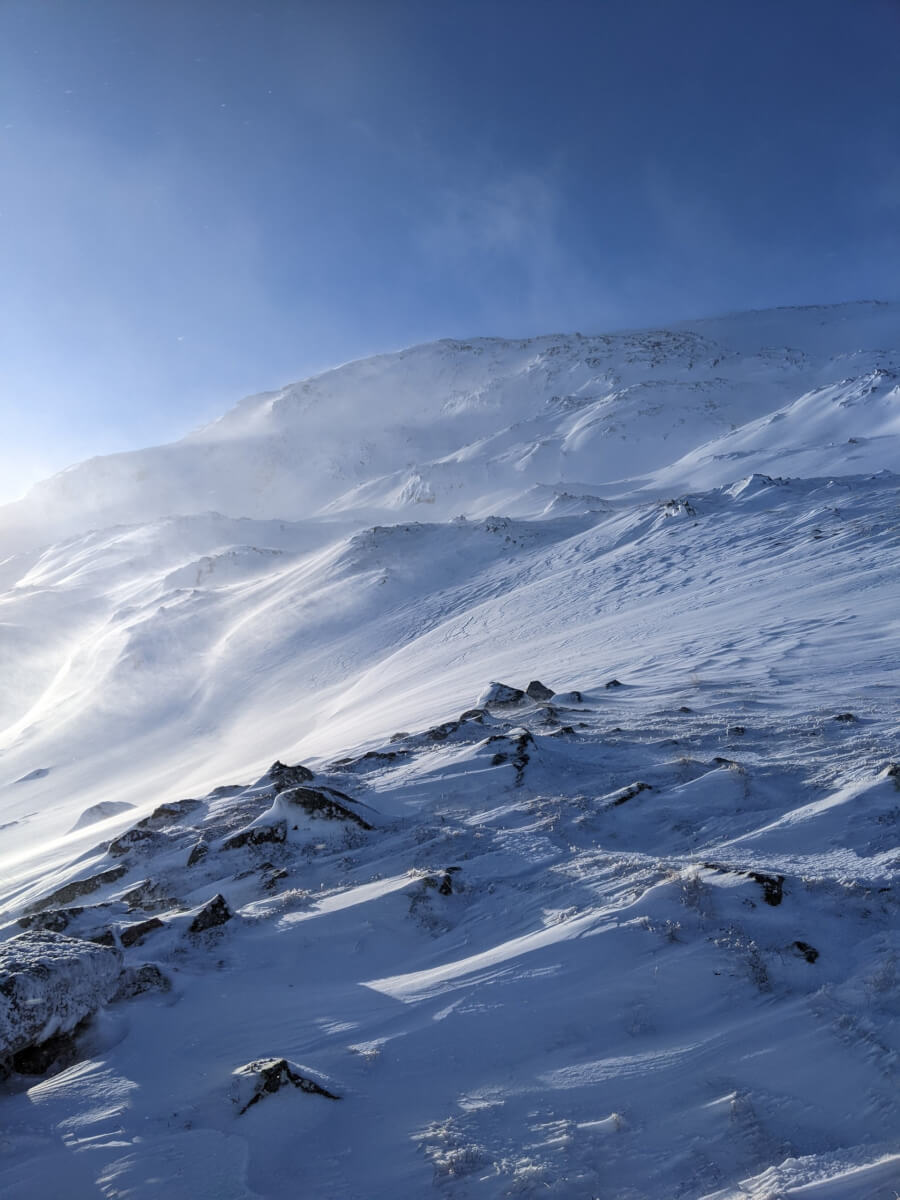 North-Easterly aspect of Meall a Bhuiridh. 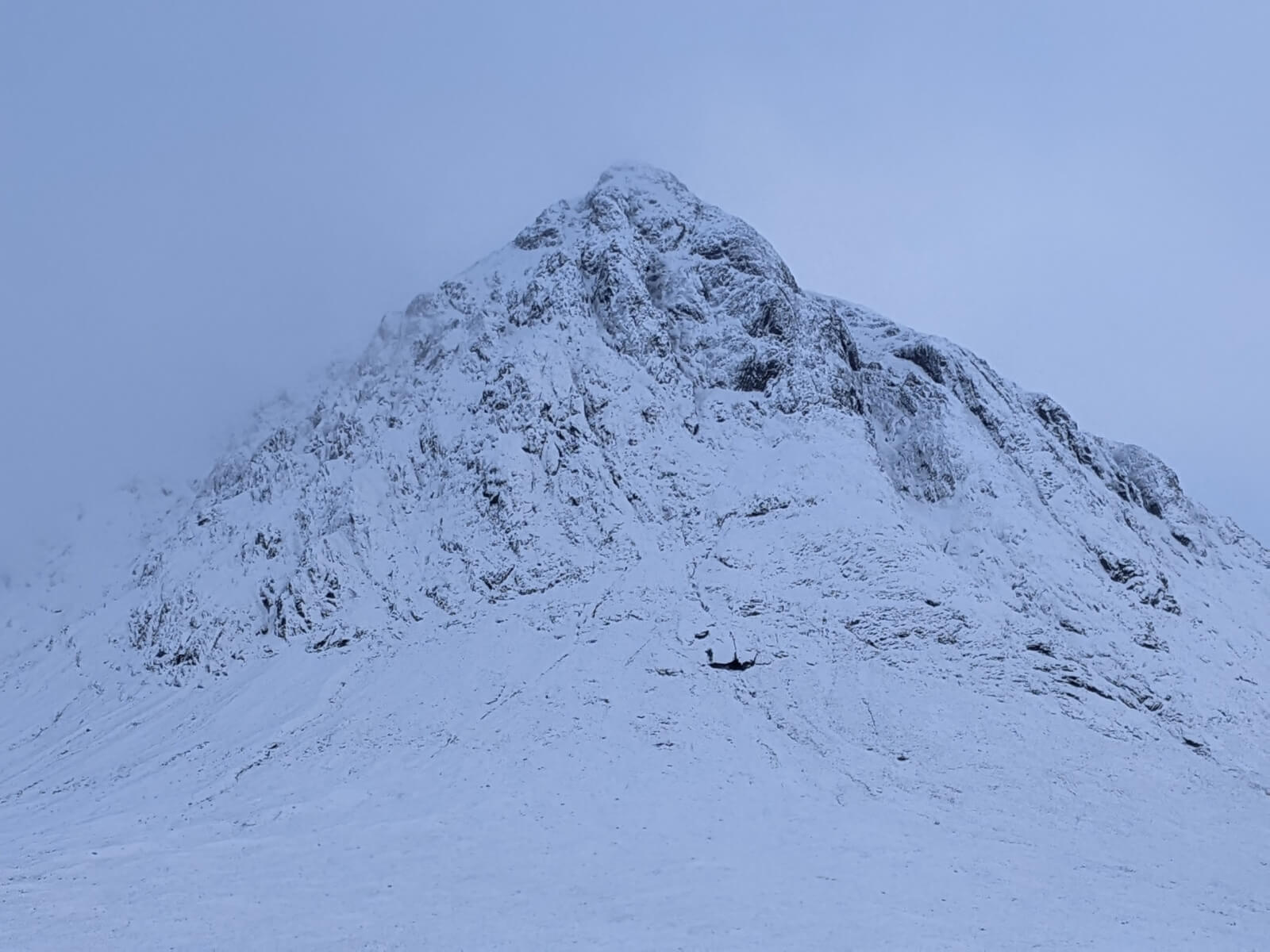