Today was slightly milder than yesterday with a few snow showers which gave some poor visibility. The freezing level was around 750 metres with moderate West-South-Westerly winds. 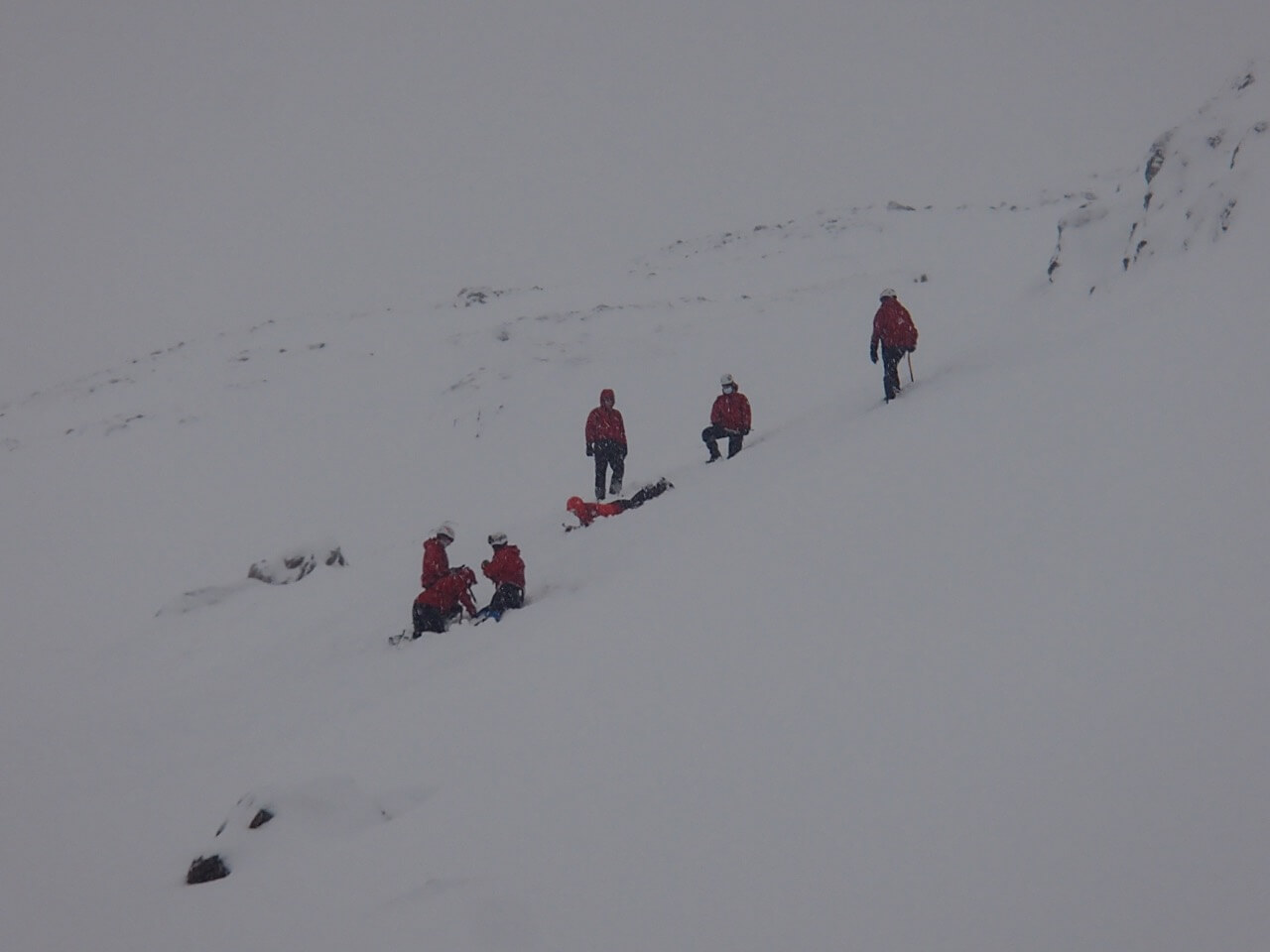 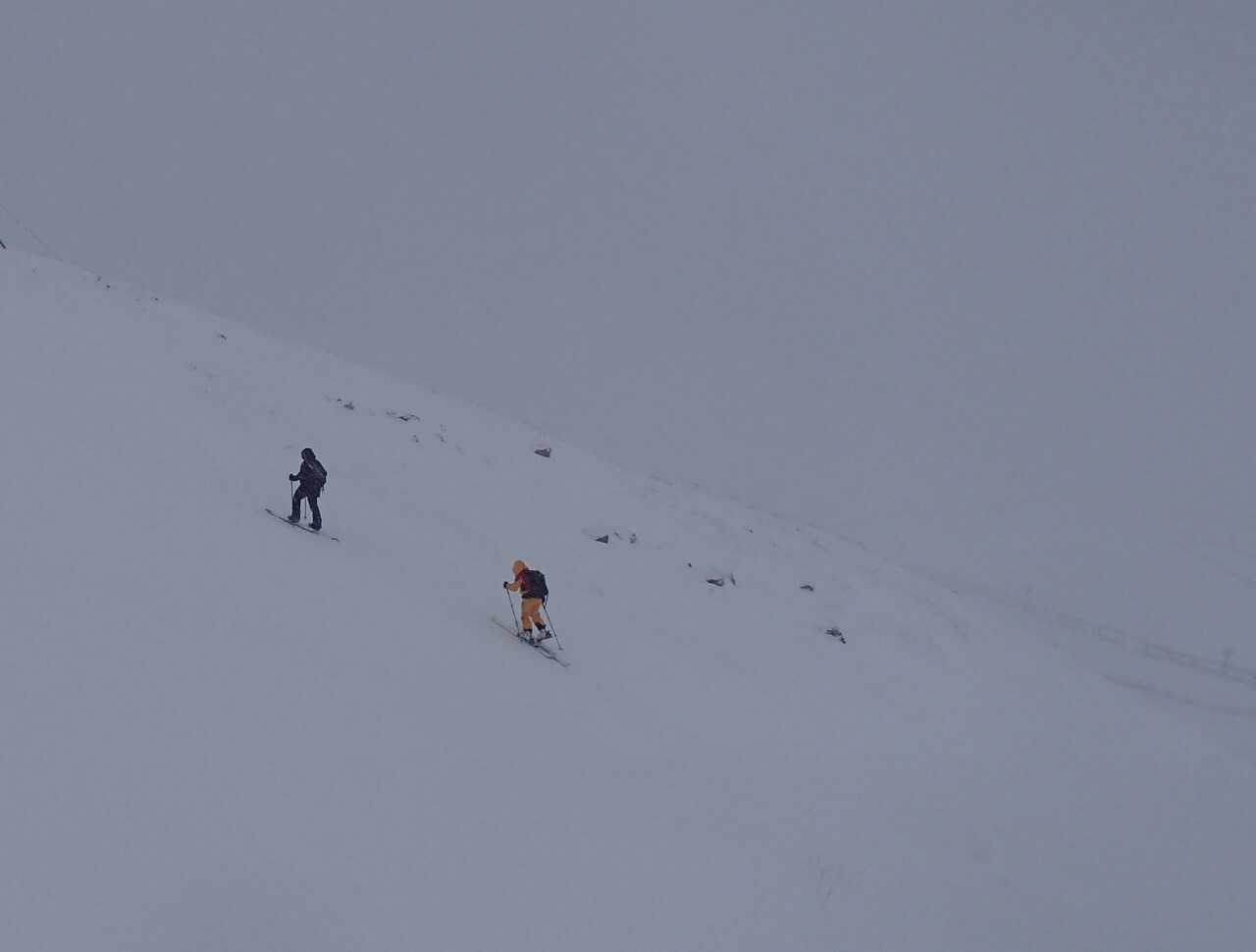 There were plenty of ski tourer’s out today, the visibility did improved for short spells. 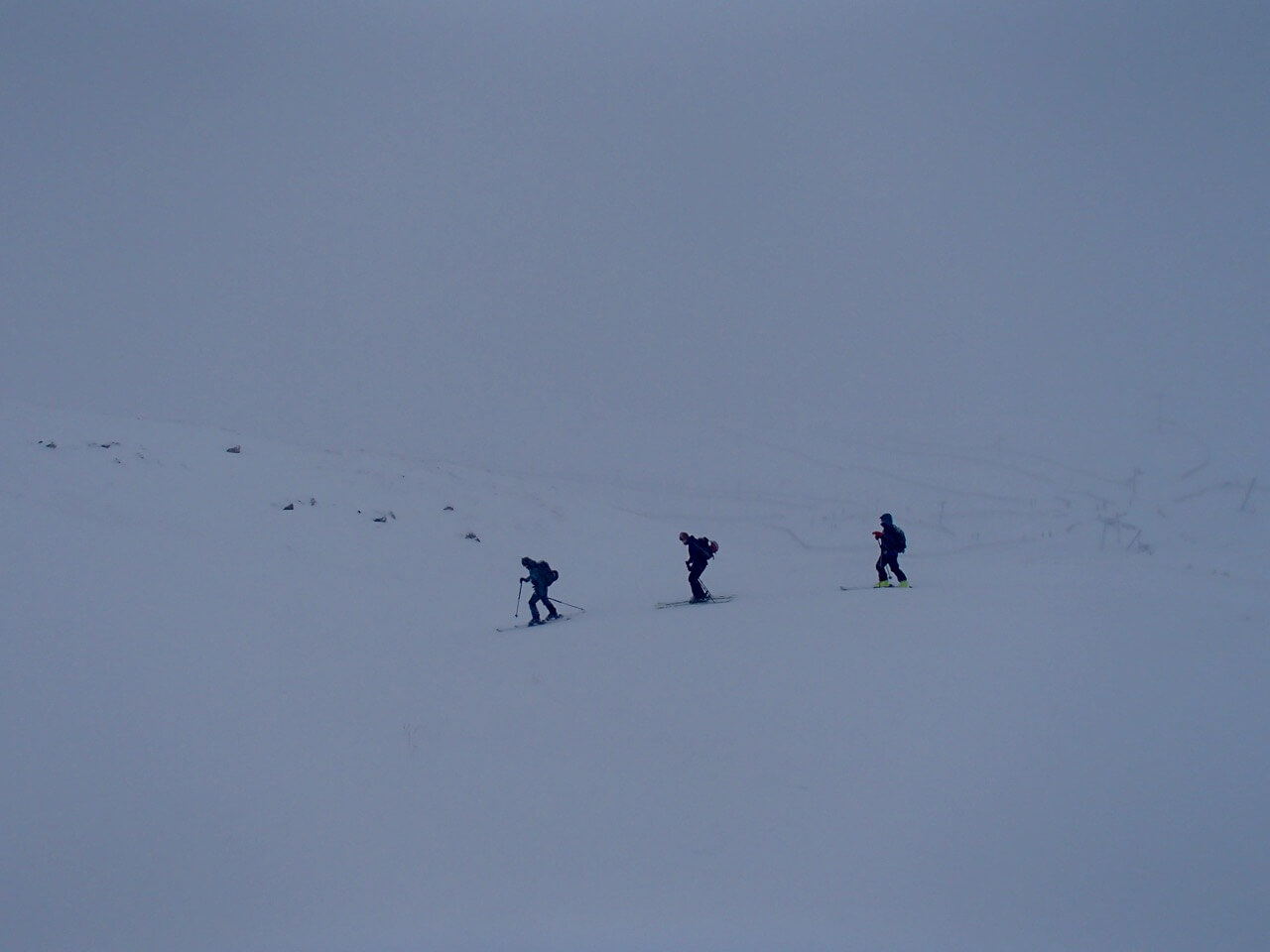 In the poor visibility its differecult to judge the slope angles! 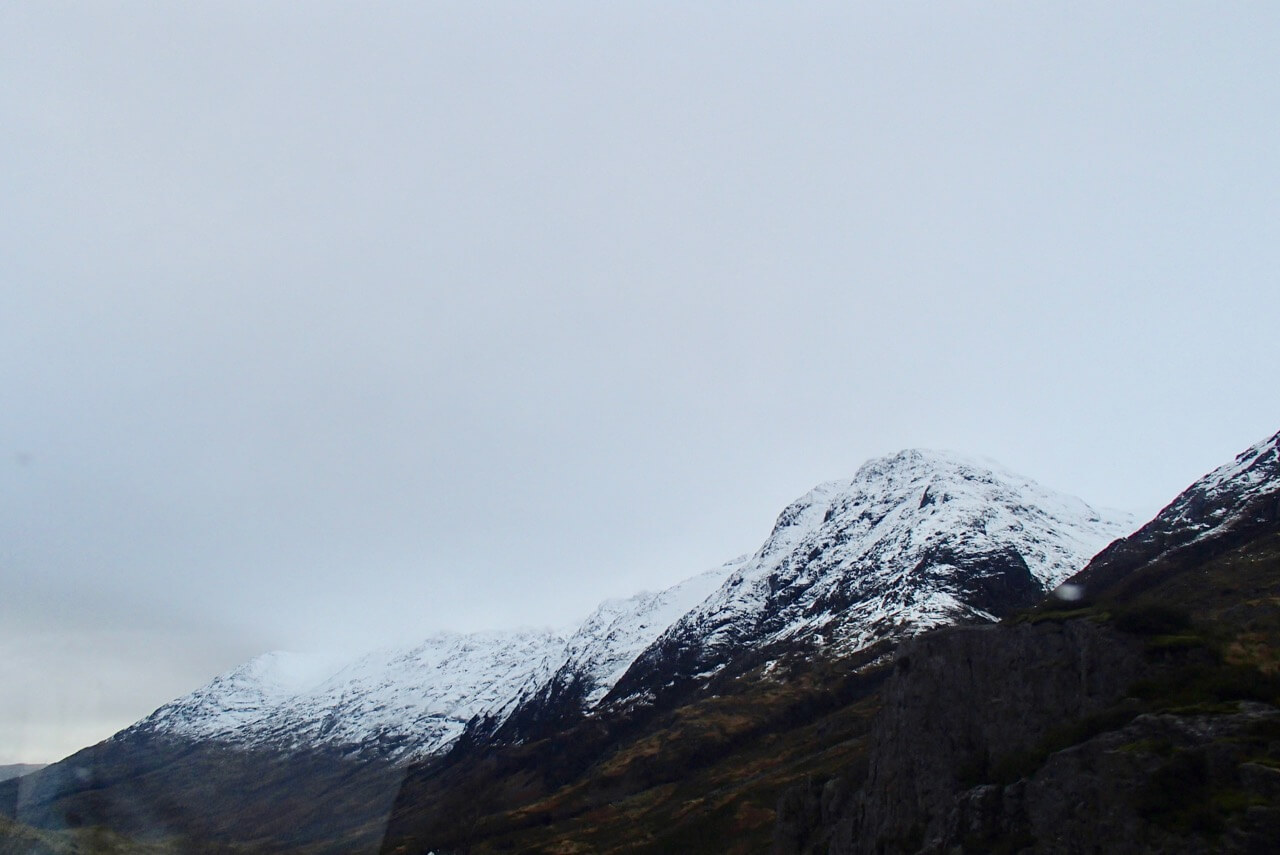 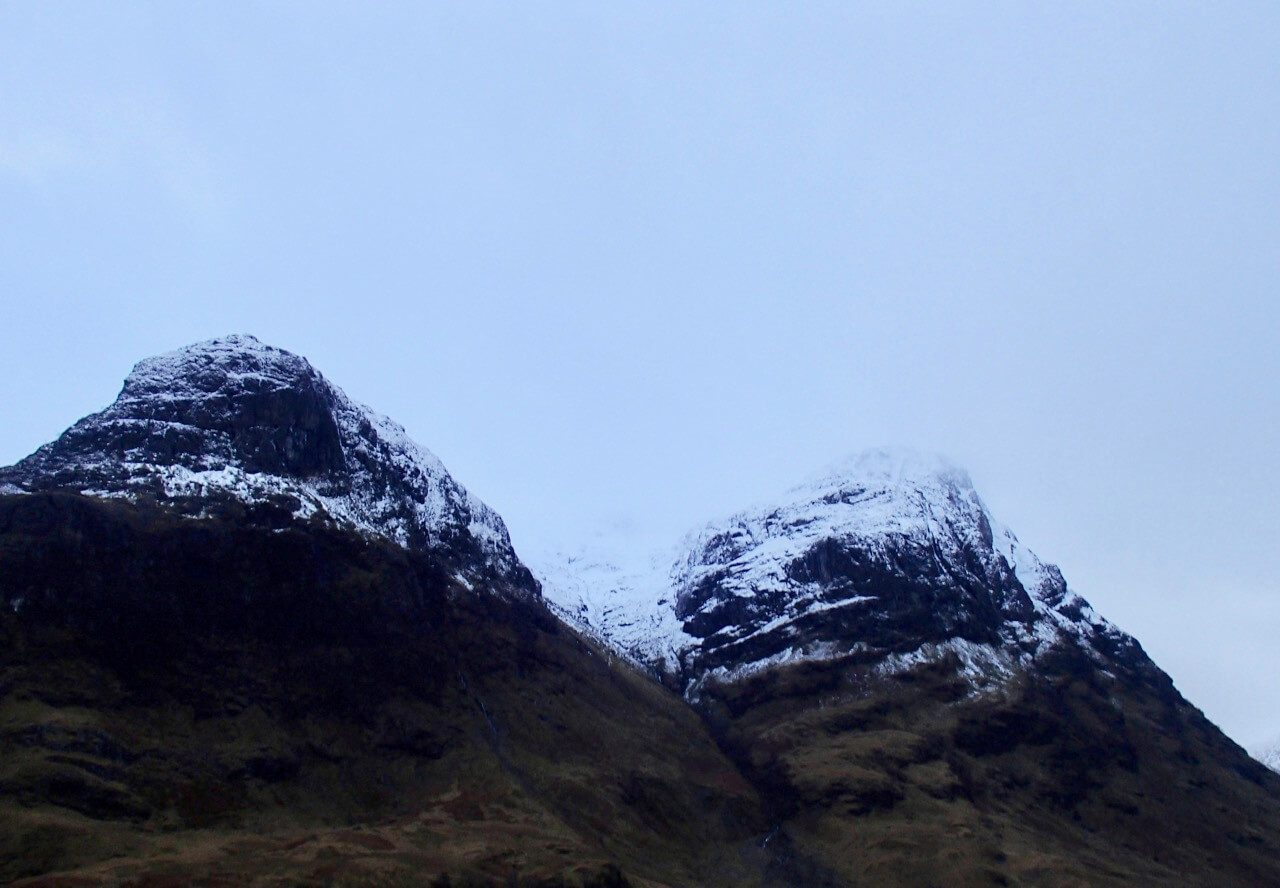 Gearr Aonach on the left, Stob Coire nan Lochan centre and Aonach Dubh on he right. 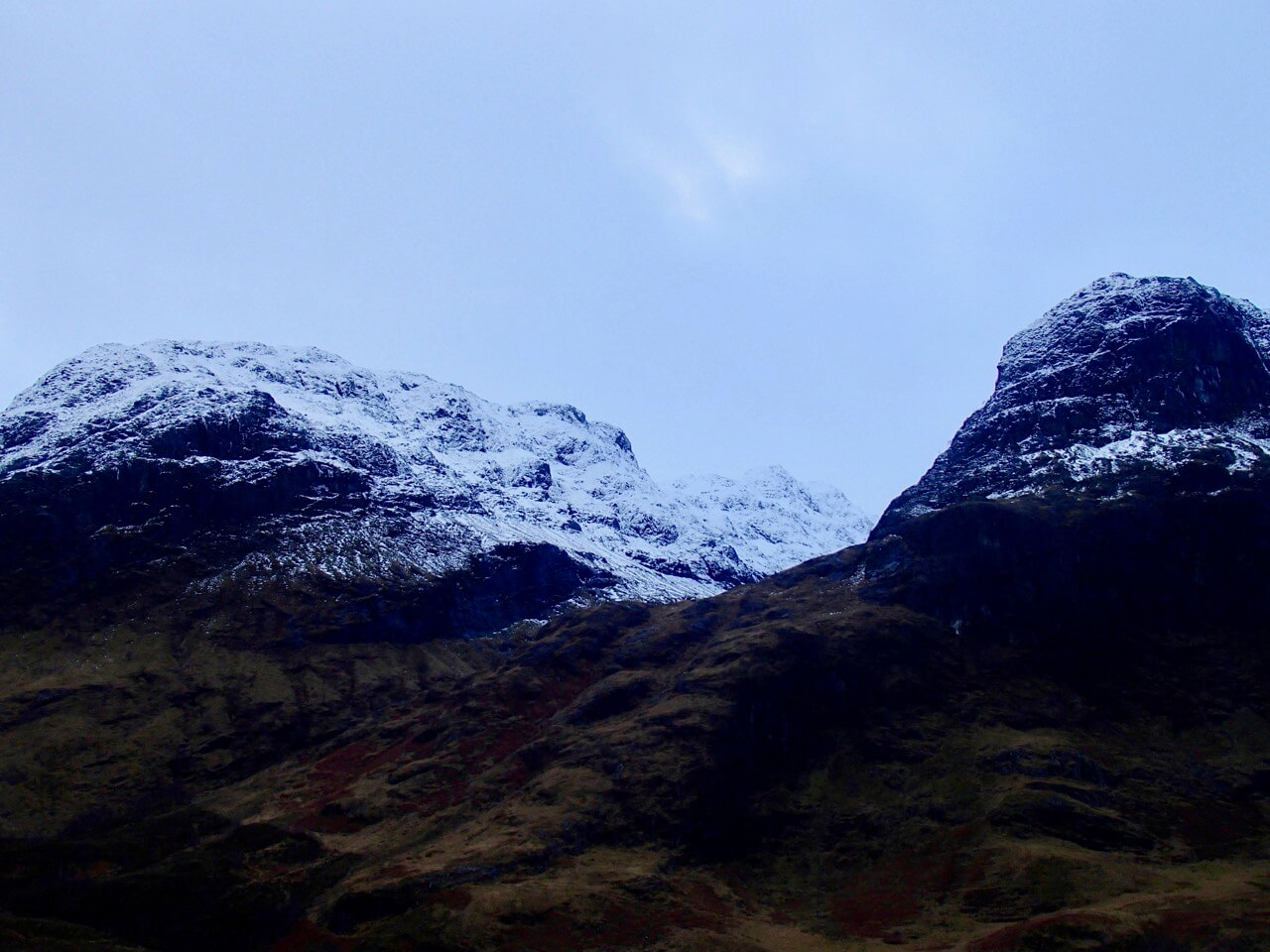 Beinn Fhada on the left and Gearr Aonch on the right. Rain is forecast tomorrow so all photos may look a bit different and can be used to see snow depletion.

Forecast Weather Influences: Overnight, the freezing level will slowly rise to above the summits it should remain dry with light South-Easterly winds. Early morning, rain falling at all levels becoming heavy and more persistent as the day progresses. The winds will become more Southerly and strengthen with gusts of gale force.

Forecast Snow Stability and Hazard: Much milder conditions, rain and strong winds will deplete the snowpack and also lead to wet snow instabilities on all steeper slopes. Areas mostly affected will be sheltered gullies, steep coire headwalls and steep slopes with a North-West through North to East aspect above 800 metres where avalanches are likely to occur. Cornices will be prone to collapse affecting the slopes below. The avalanche hazard will be Considerable.