The Other Side of Winter

The last 24 hours have shown how quickly conditions can change in Scotland during winter. This morning the winds were much stronger, the rivers fuller and the lower hills blacker than at the same time yesterday.

The freezing level rose above the highest summits in Glencoe and has slowly dropped to around 900 metres by midday. It is expected to fall to around 400 metres by the end of the forecasting period. The heavy showers were falling as rain at lower levels, but have turned more wintery over the higher tops. The winds were gale force West-South-Westerly. 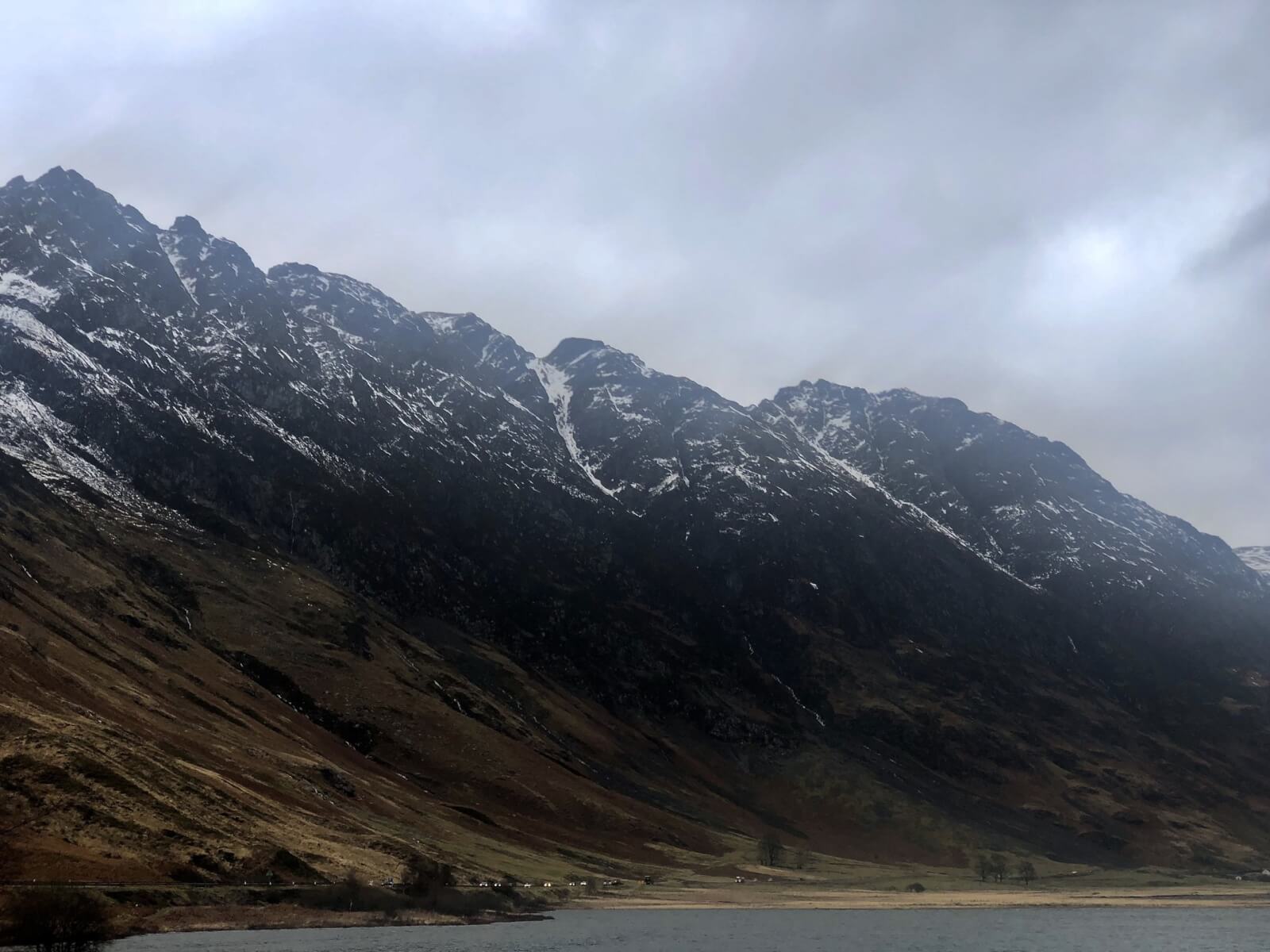 (Above) The South side of the Aonach Eagach ridge 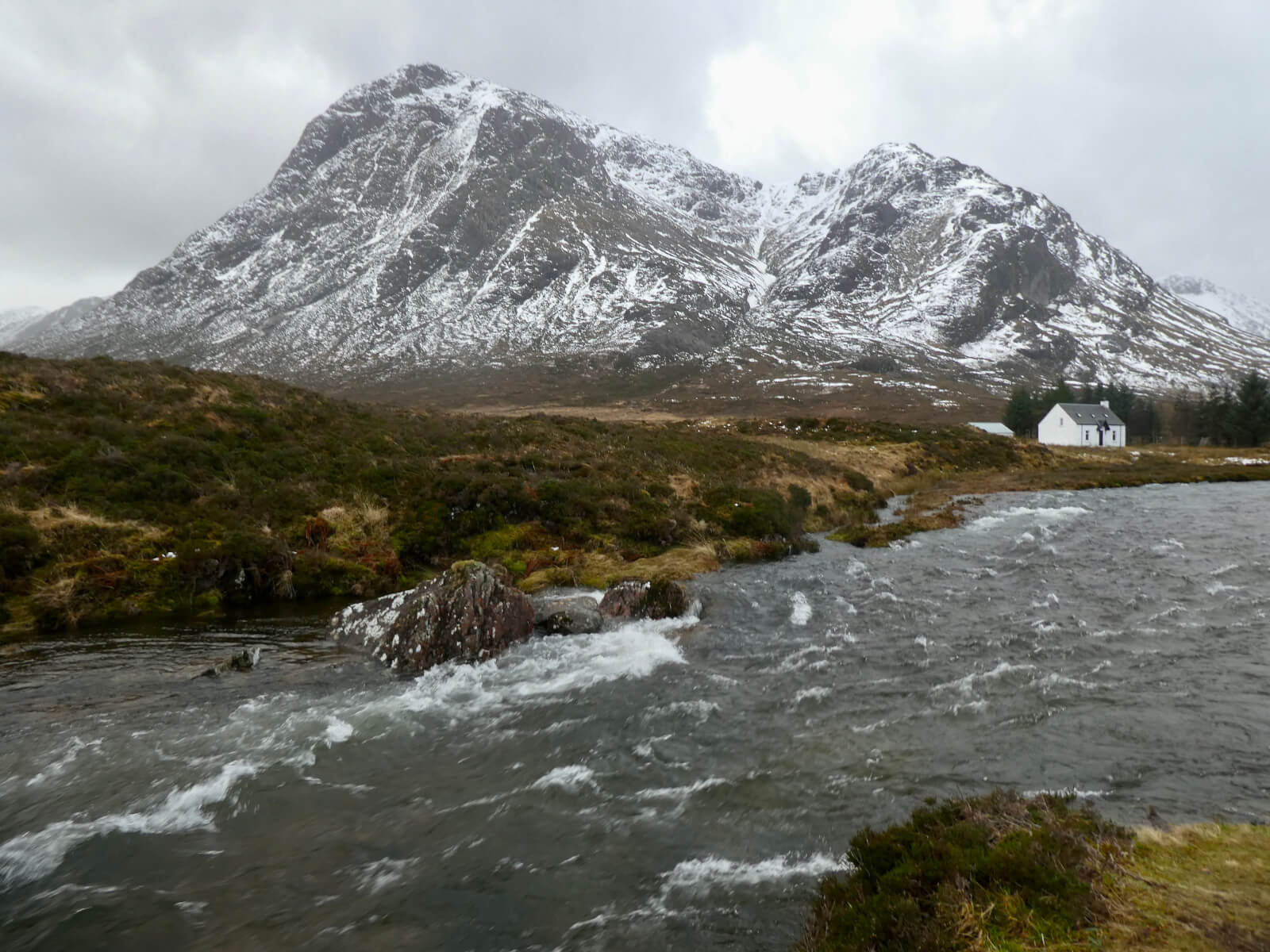 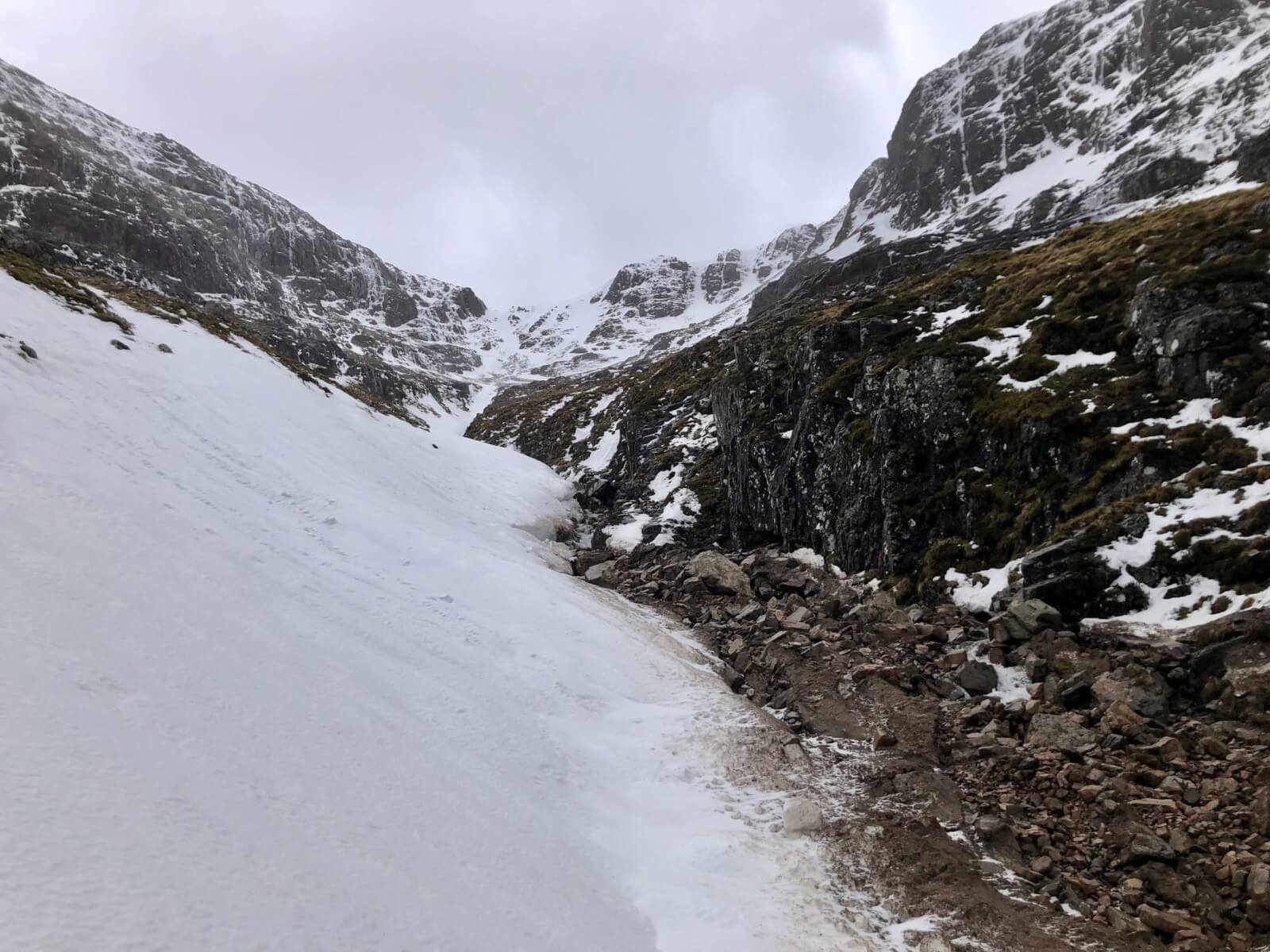 (Above) Coire na Tulaich, showing debris from where the snow has dammed the burn and this has then burst, most likely last night with the heavy rain 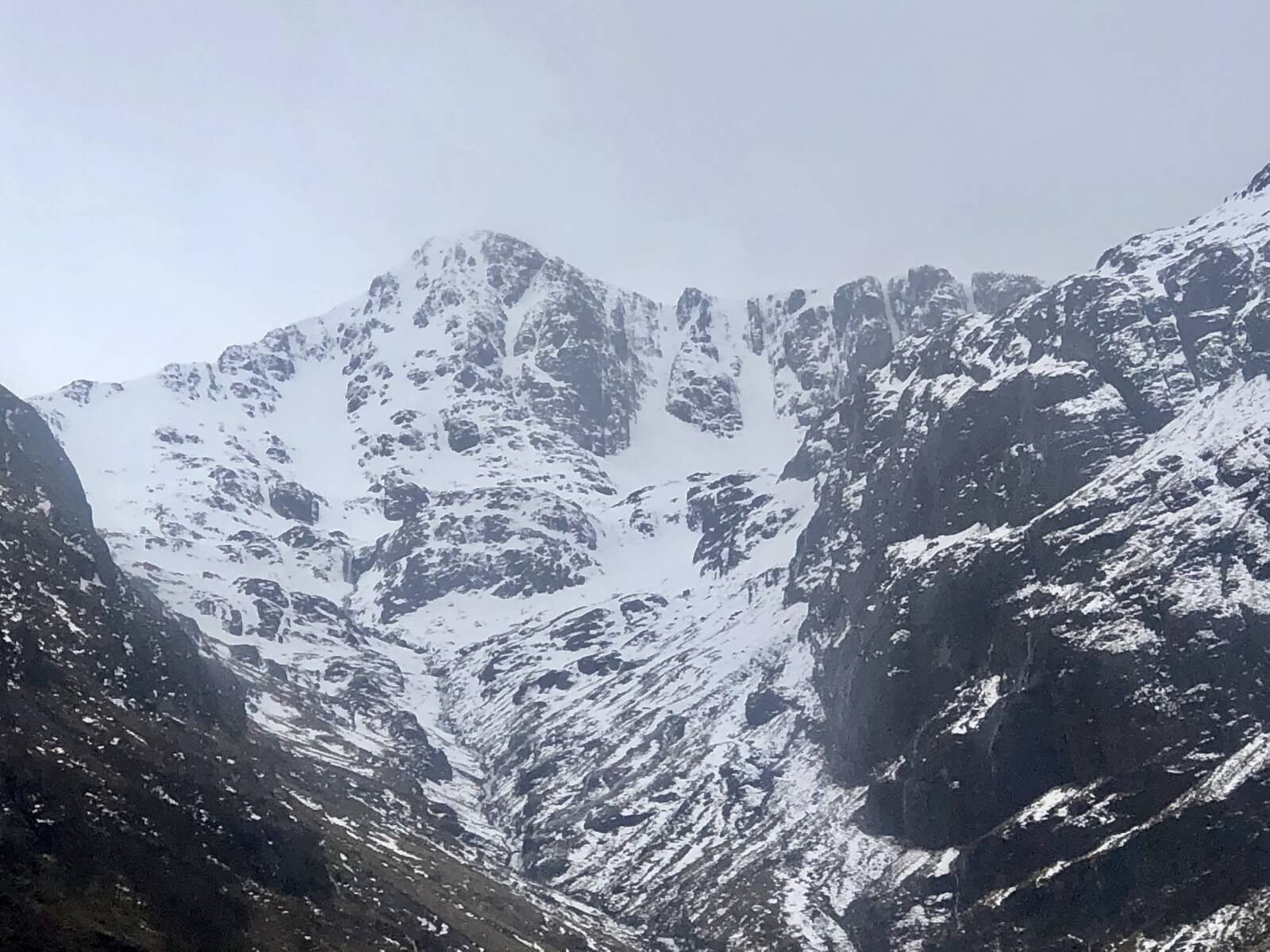