There was significantly more snow in Glencoe than expected this morning. Continuous heavy snowfall fell from early morning; this combined with a strong Westerly wind led to blizzard conditions down to Glen level.Â  On the summits the wind was gusting 30-40 mph resulting in significant drifting adding additional deep windslab to slopes where a weak layer of graupel persists.Â  Â The avalanche hazard is HIGH on mainly North-East to South-East aspects above 800m. 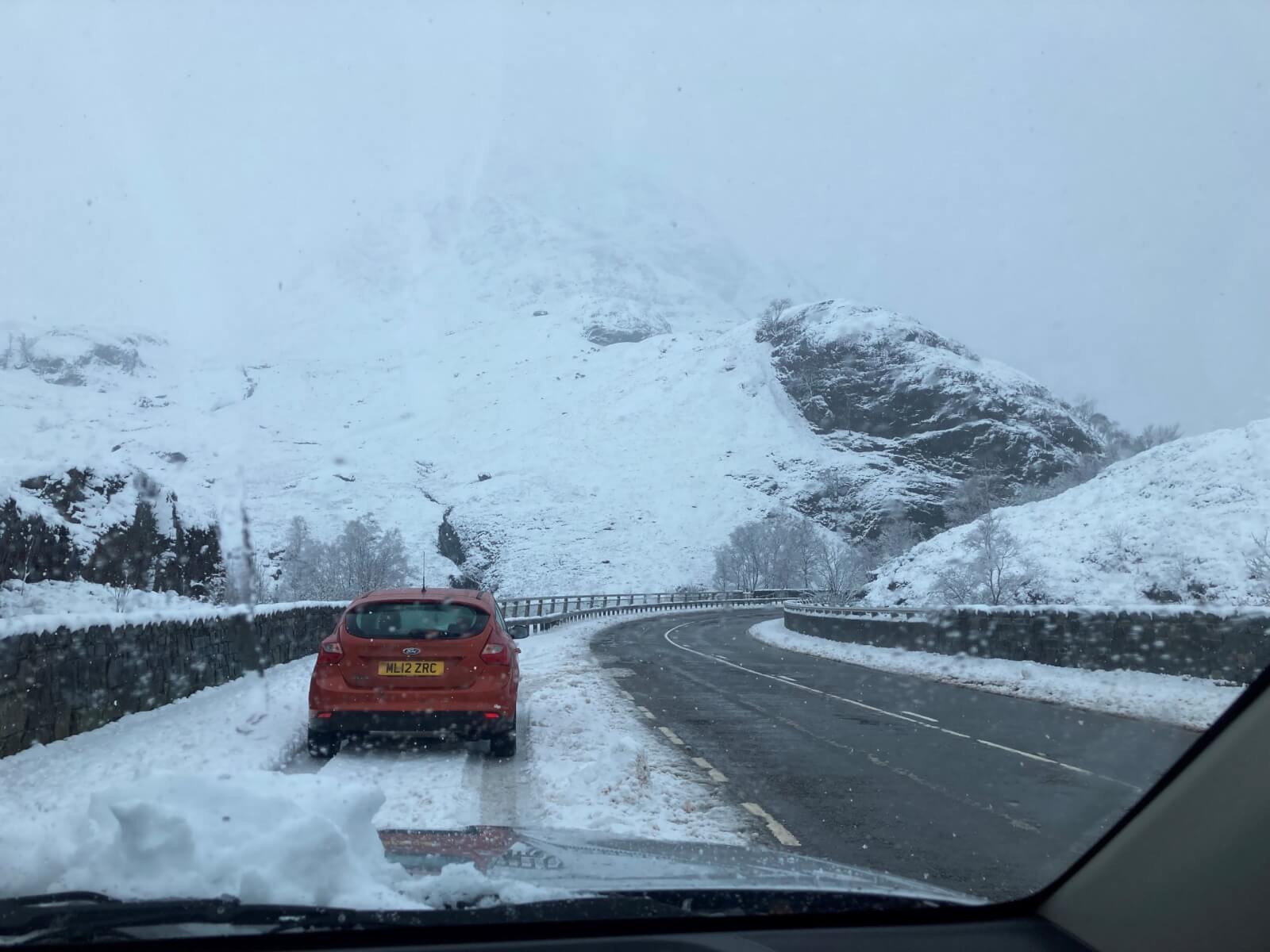 Difficult driving conditions on the A82 this morning, with snow down to around 100m above sea level. 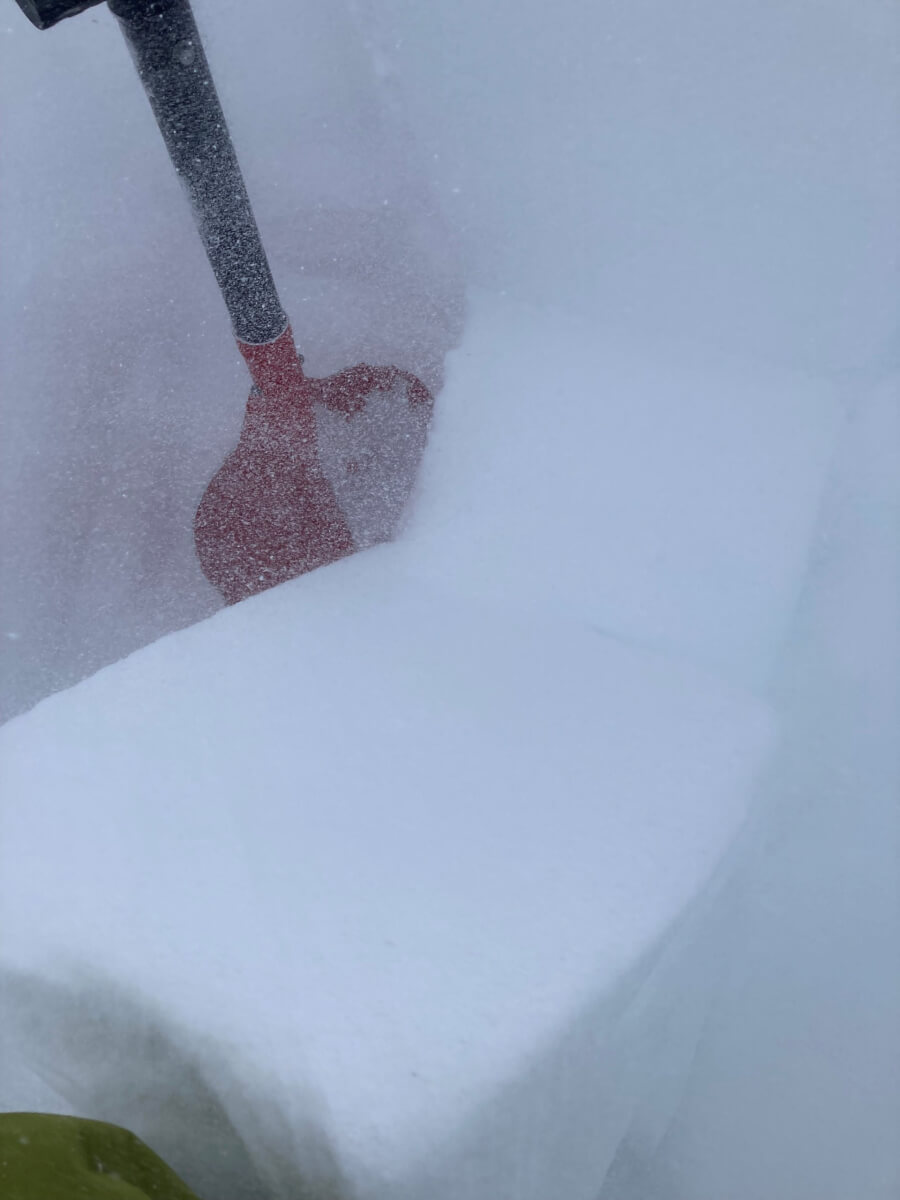 The snow profile today was around 850m on a North East aspect. There are multiple weaknesses within the fresh windslab, but of greater concern is a layer of graupel buried deep within the snowpack. This weak layer will persist for at least the next 24 hours as the temperature remains below freezing at this altitude. 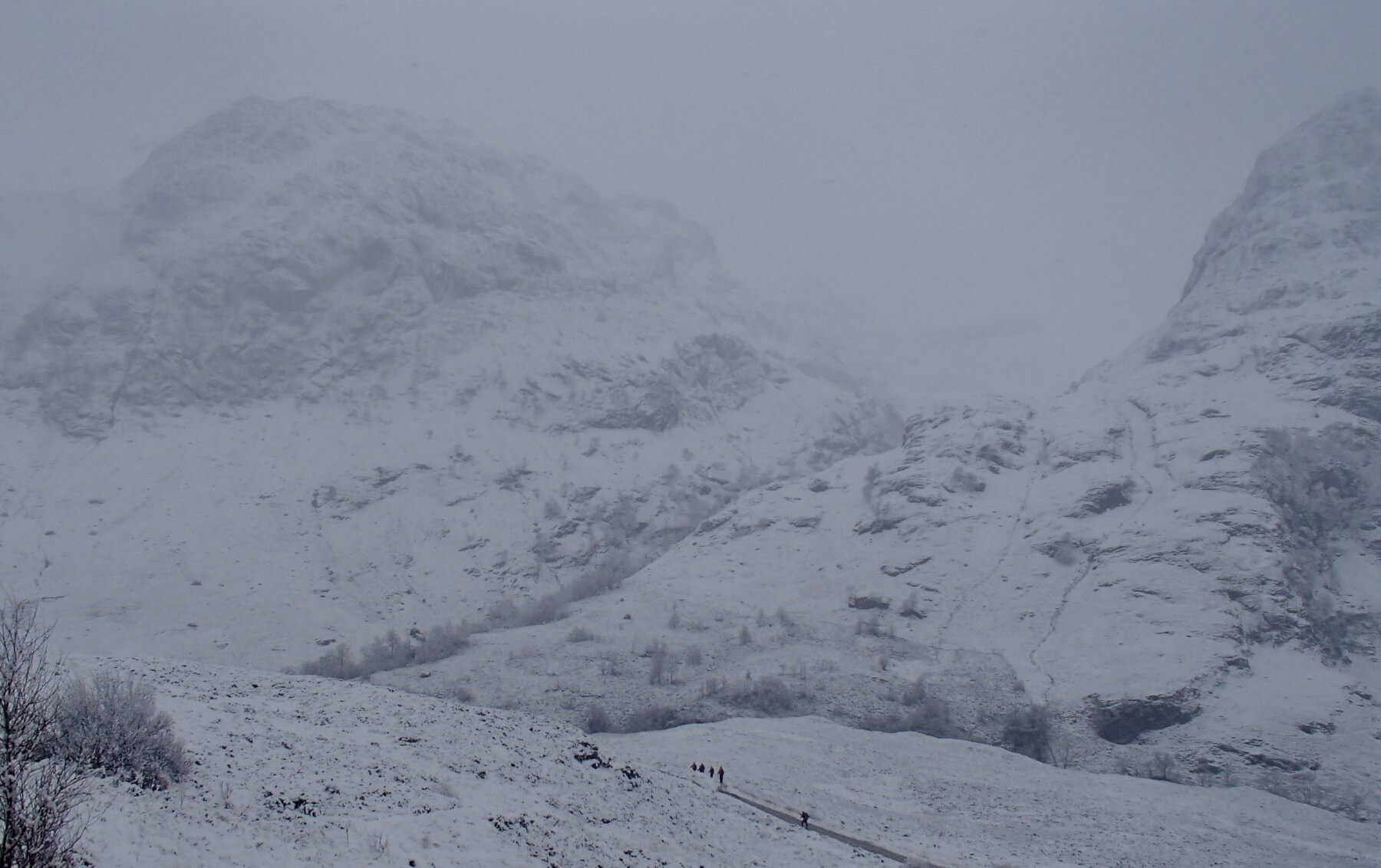 A brief spell of visibility with the Lost Valley, Beinn Fhada on the left and Gearr Aonach on the right.