The freezing level was around 1100 metres at midday. Precipitation fell as light snow initially this morning but then turned it to rain at all levels. The winds were fresh from a South-Westerly direction. Slightly cooler conditions in the afternoon as the freezing level started to fall.

Overnight, the snowpack will re-freeze at all levels and on all aspects. Snowpack stability will remain good, an icy surface layer can be expected in many locations. The avalanche hazard will be Low. 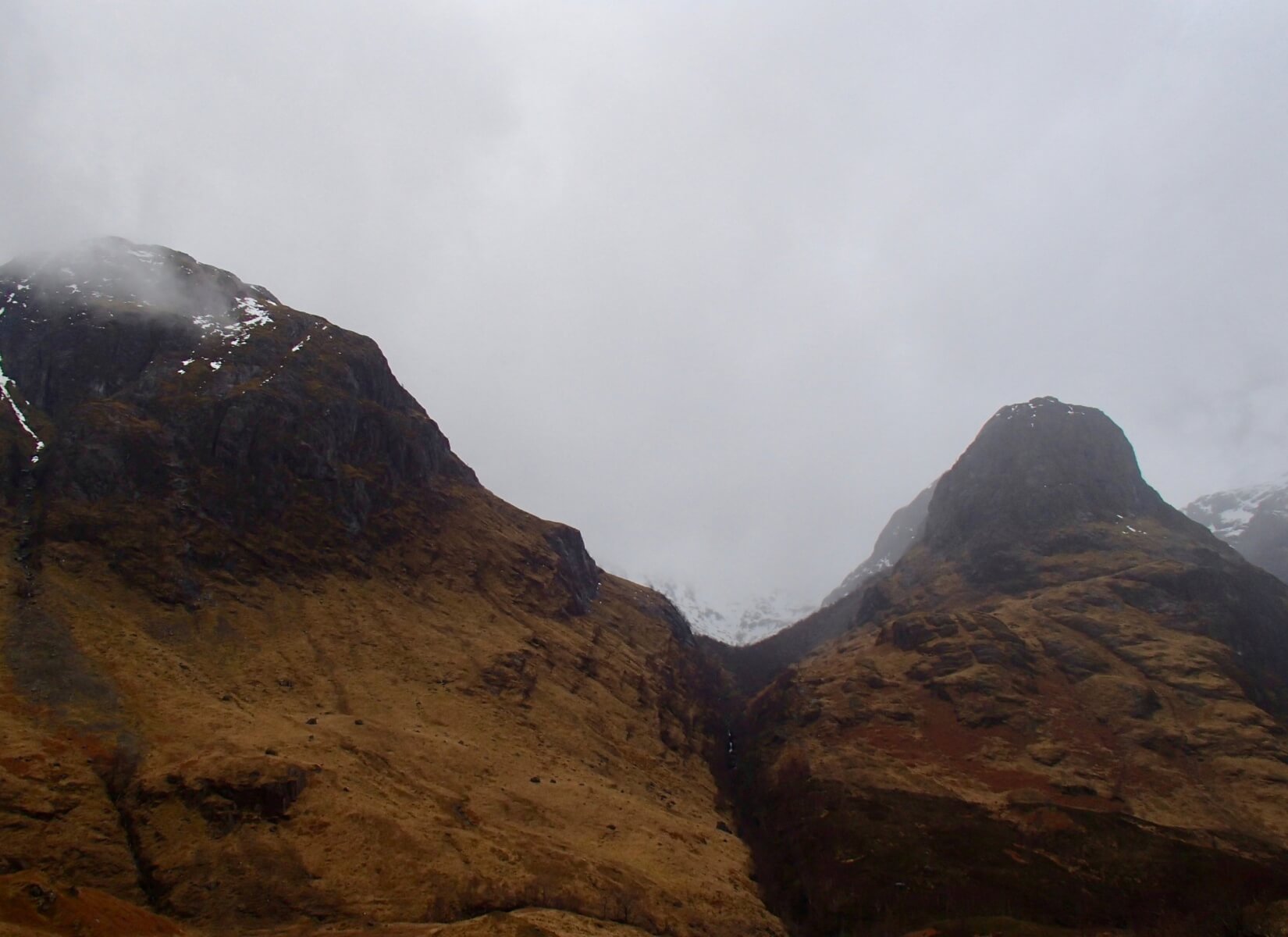 Low cloud this morning gave limited views, Beinn Fhada on there left, snow just visible at the head of Coire Gabhail (lost valley) with Gearr Aonach on the right. 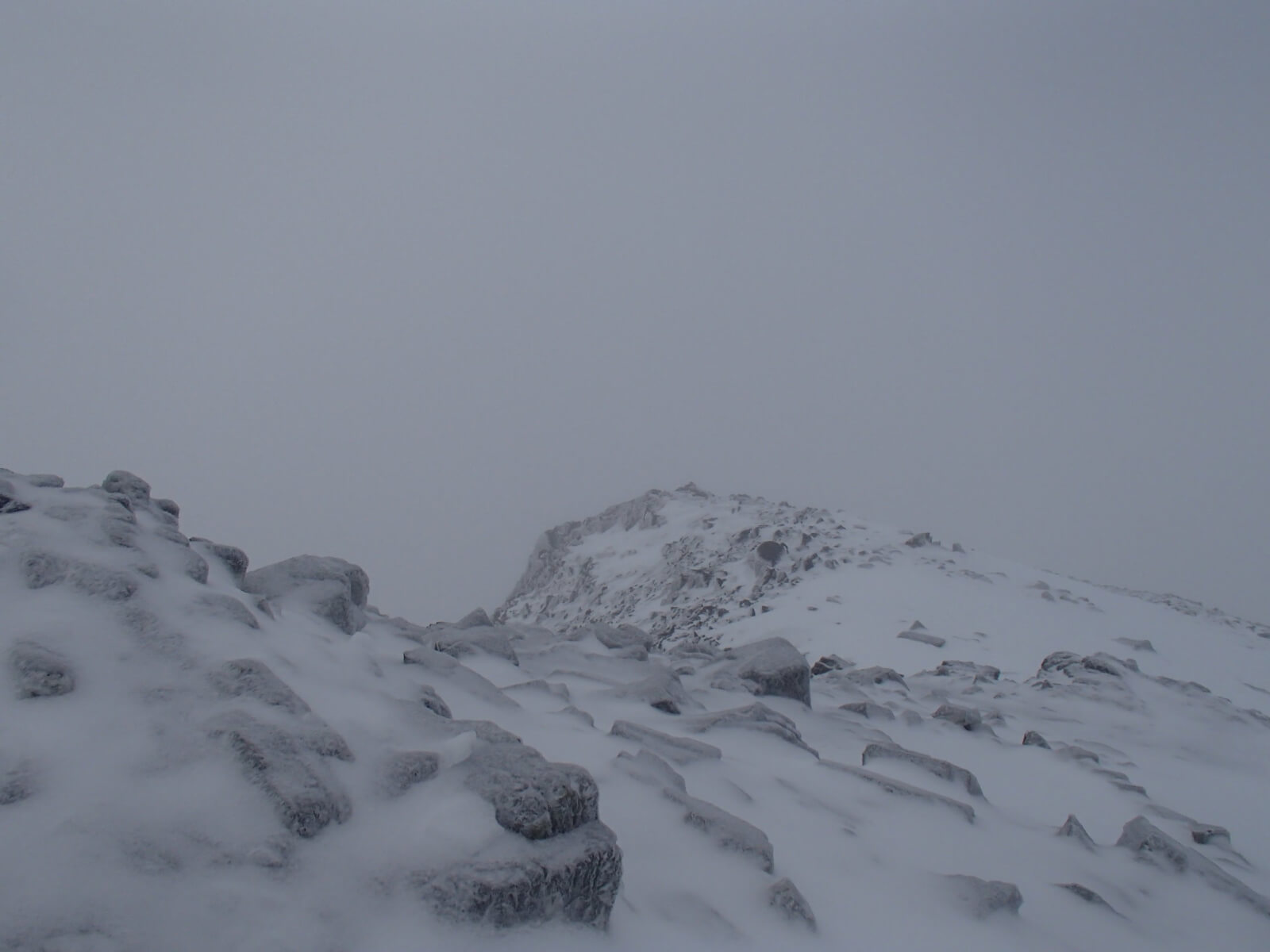 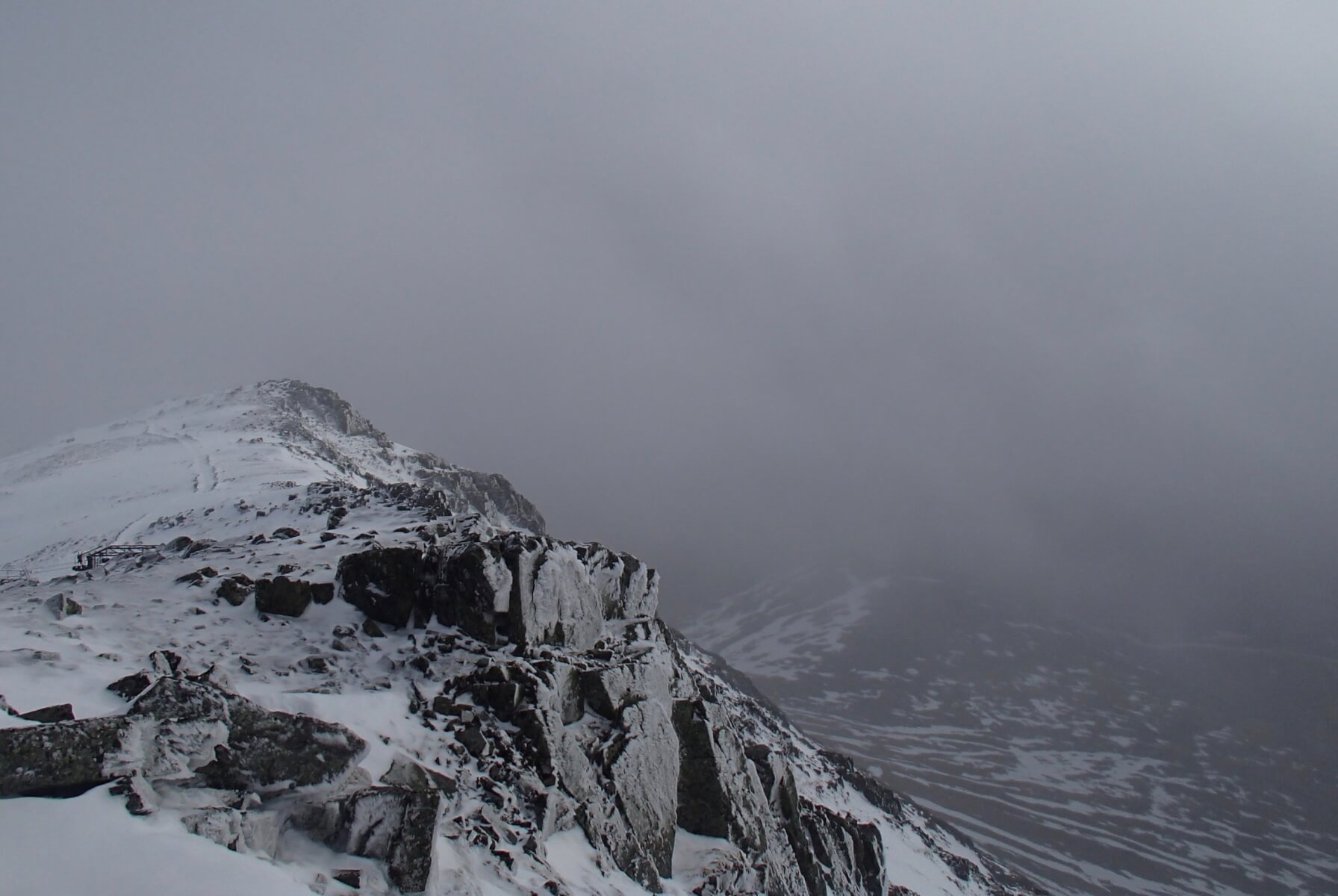 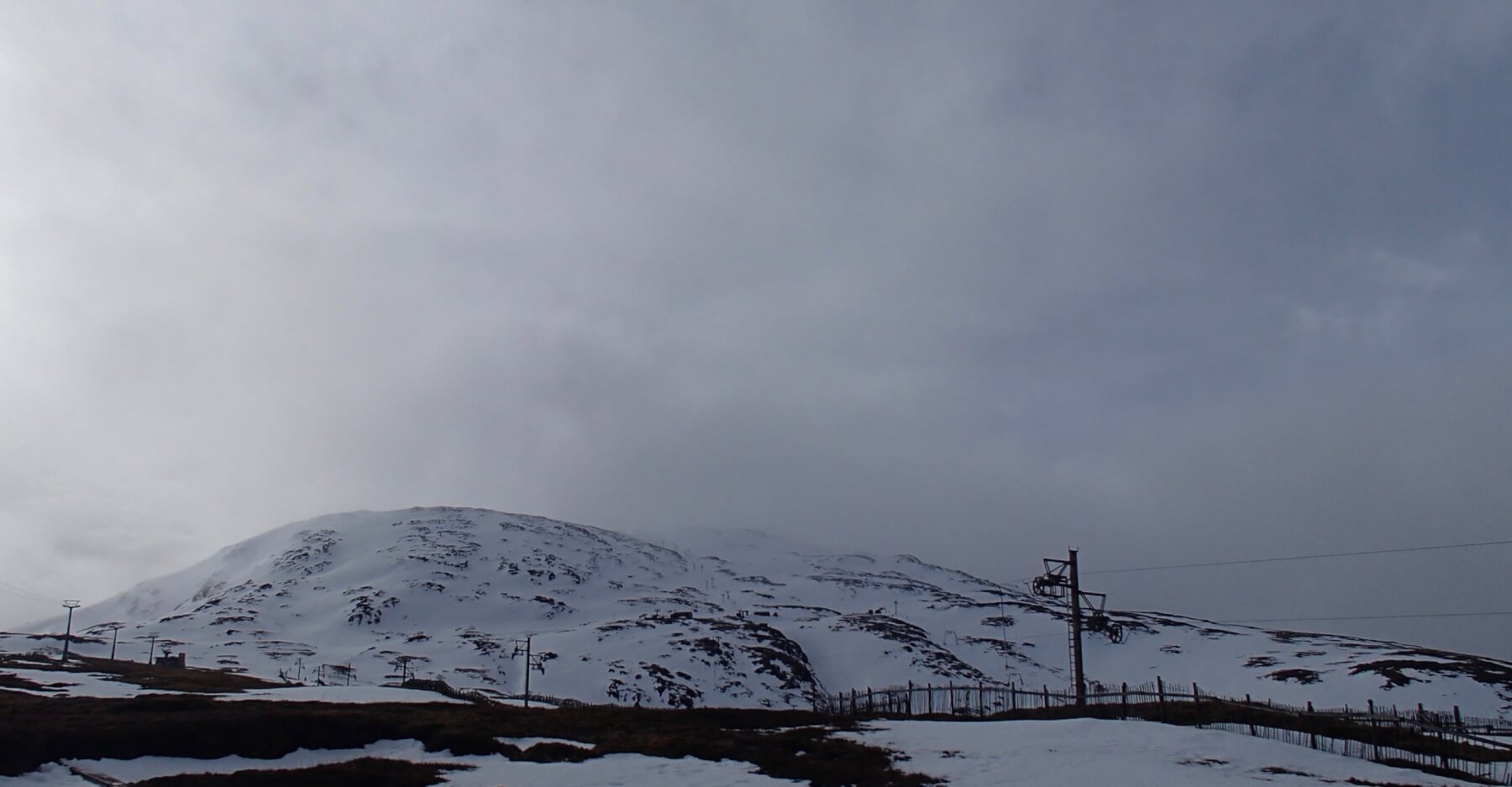 Northerly aspect of Meall a’ Bhuiridh in a brief clearing. 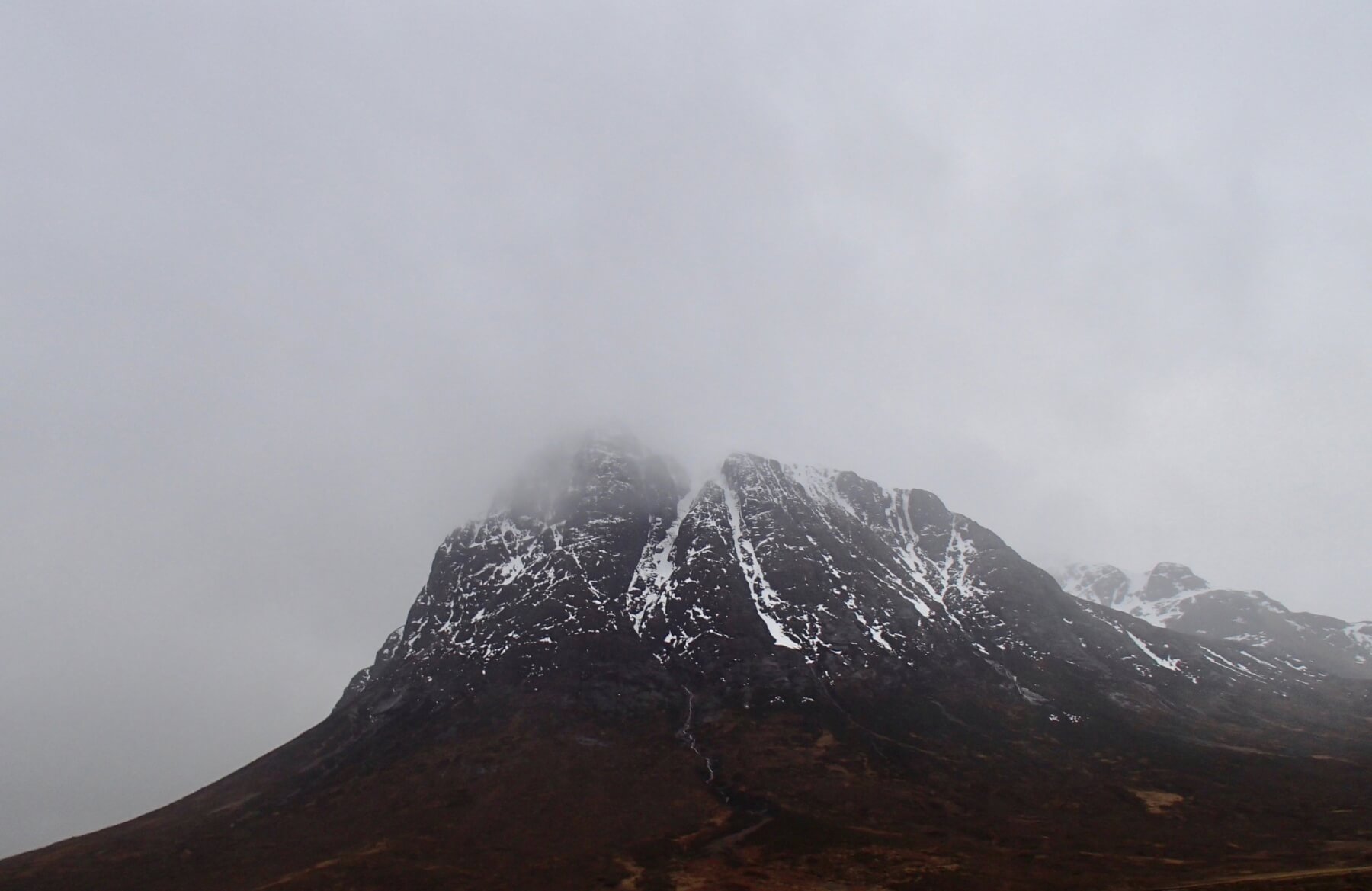