Today started out dry, bright and calm the sky slowly became more cloud covered and new light snow started to fall just before mid-day. The winds were light from a westerly direction. There freezing level was around 600 metres. 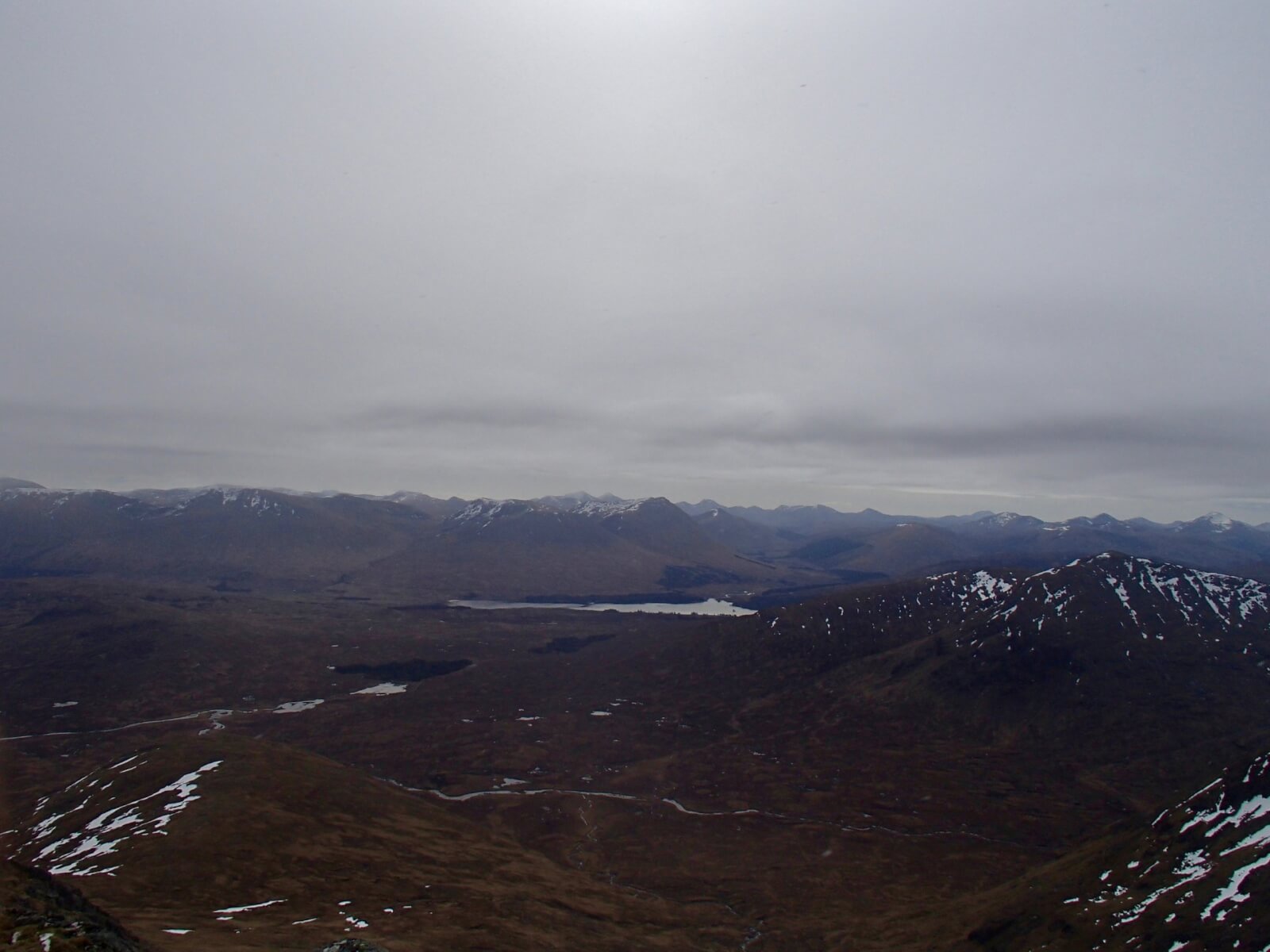 Looking South-Easterly from Meall a’ Bhuiridh loch Tulla seen near Bridge of Orchy. The hills are slowly loosing their snow. 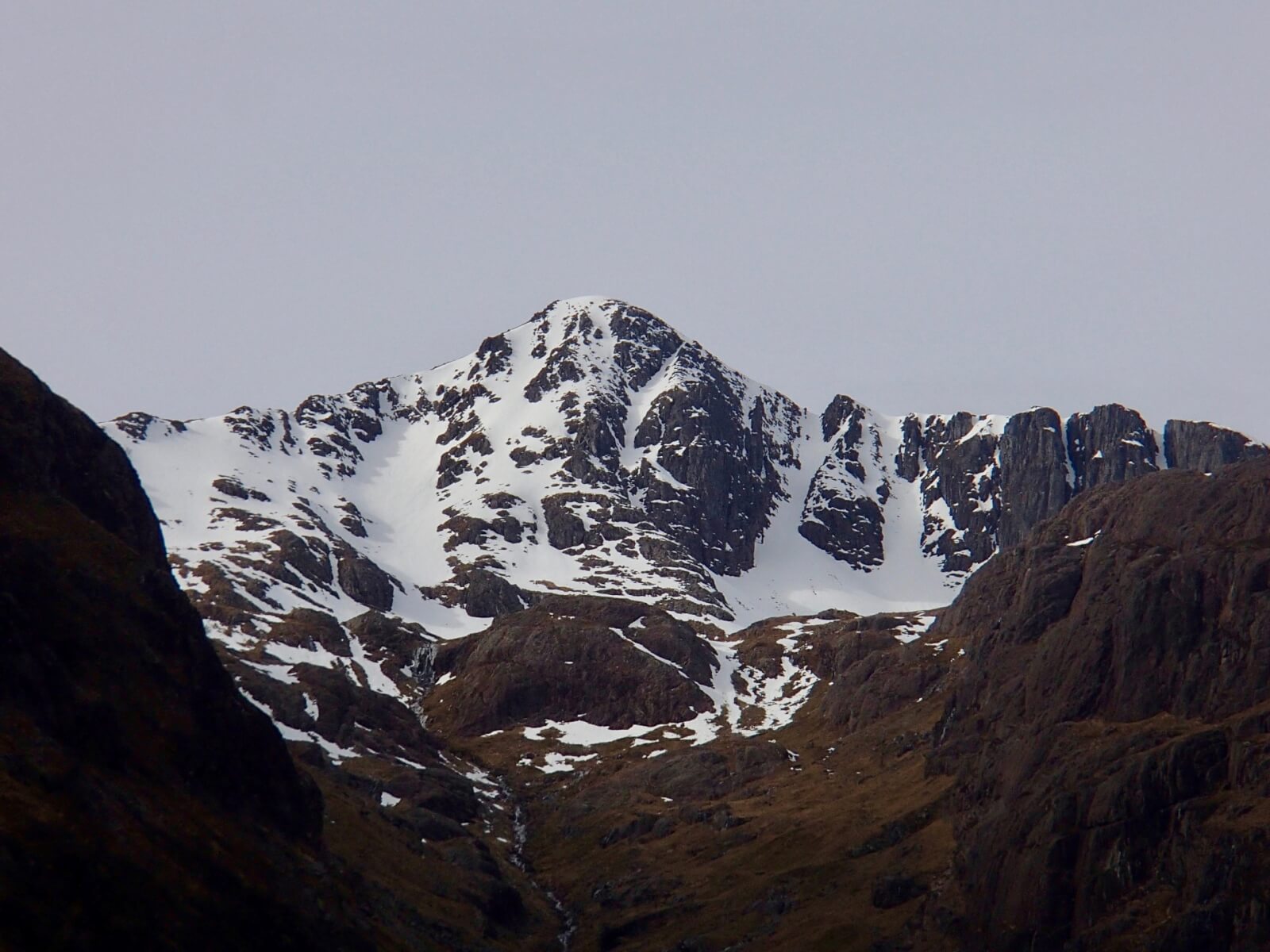 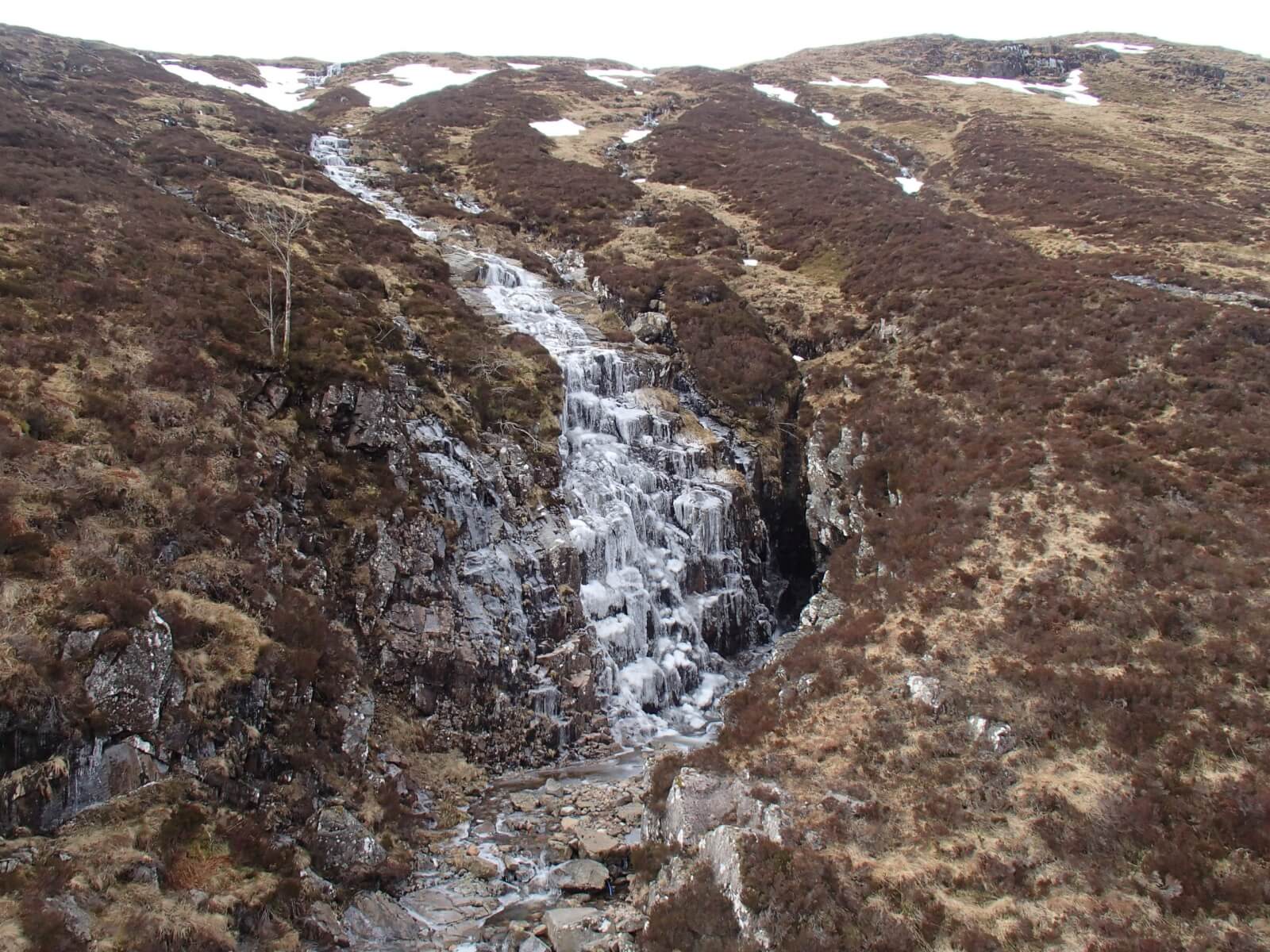 Many water courses are freezing in this cold spell. 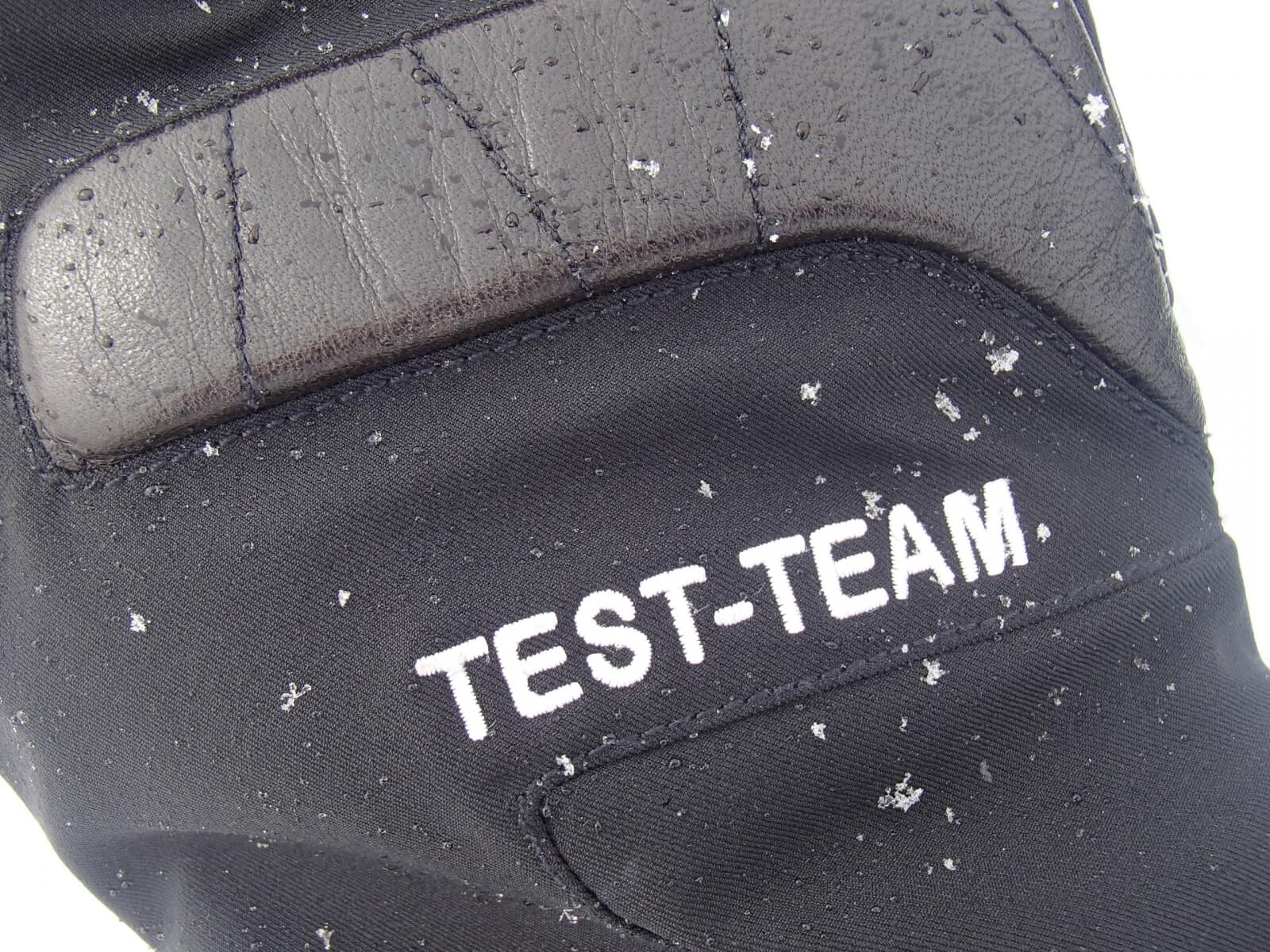 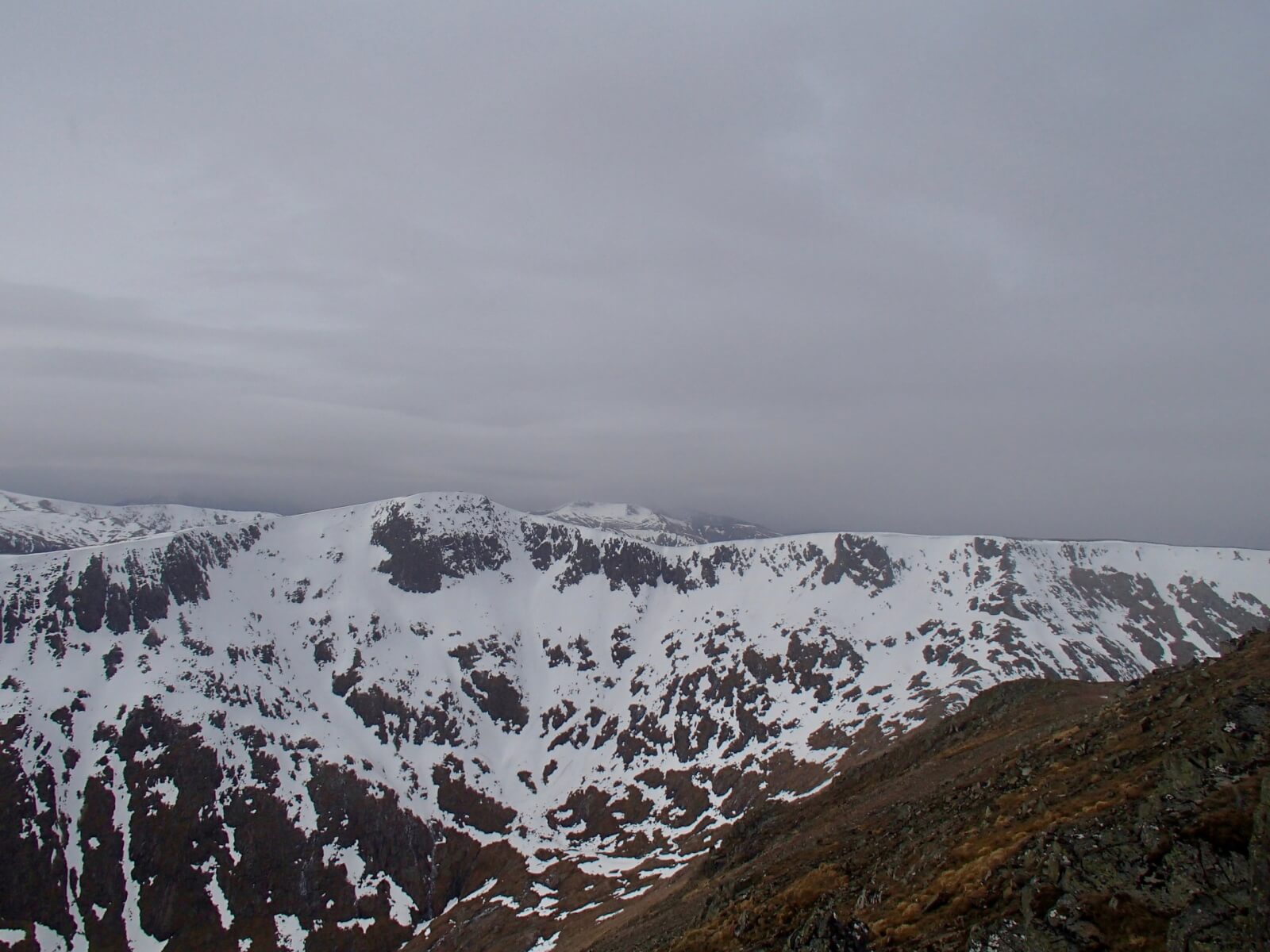 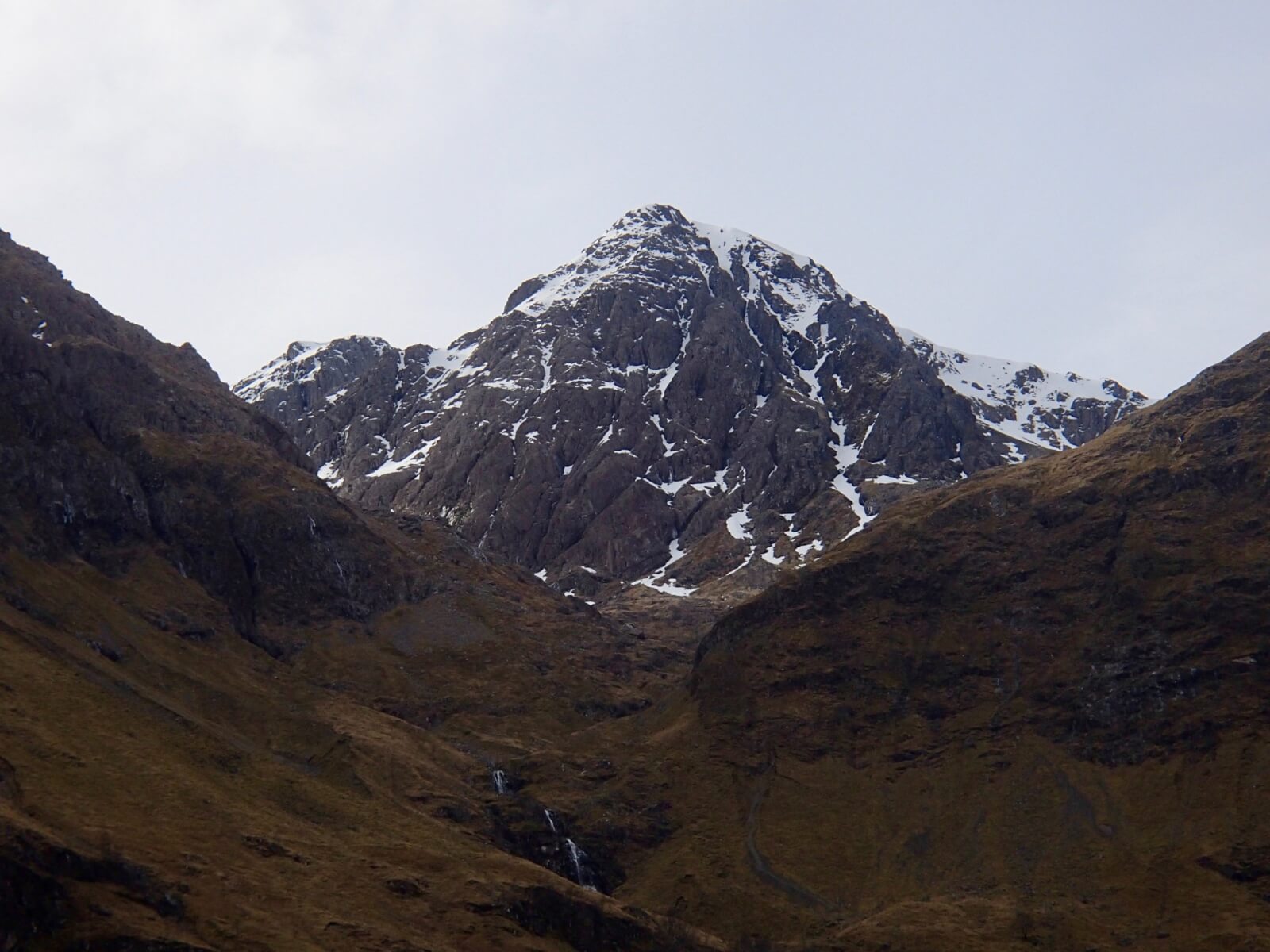 Weather Forecast Influences: Overnight, scattered snow showers are expected during the first half of the night, then becoming dry. Saturday will be dry with good spells of sunshine. The freezing level will be around 500 metres rising to 900 metres. Light East-North-Easterly winds will back and strengthen becoming North-Westerly by the end of the day.

Forecast Snow Stability and Hazard: The existing snowpack, which mainly exists in the higher North and East facing corries will remain firm and icy at all elevations and aspects. New snow accumulations are not expected to be deep or extensive but bonding may be poor where they form in depth on the re-frozen old snowpack. Deepest accumulations can be expected in wind sheltered locations such as gullies and around corrie headwalls. The avalanche hazard will be Low.

Comments: Cold conditions will maintain a firm and icy snowpack giving serious consequences in the event of an uncontrolled slip or fall. Crampons and ice axe along with the skill to use them are essential for any form of snow travel due to the unforgiving nature of the snow at present.