The freezing level lowered to around 800 metres and scattered showers fell as very light snow, mainly above 700 metres. The winds were moderate to fresh from the South-Westerly direction. New snow amounted to a very light dusting and accumulations were not significant. 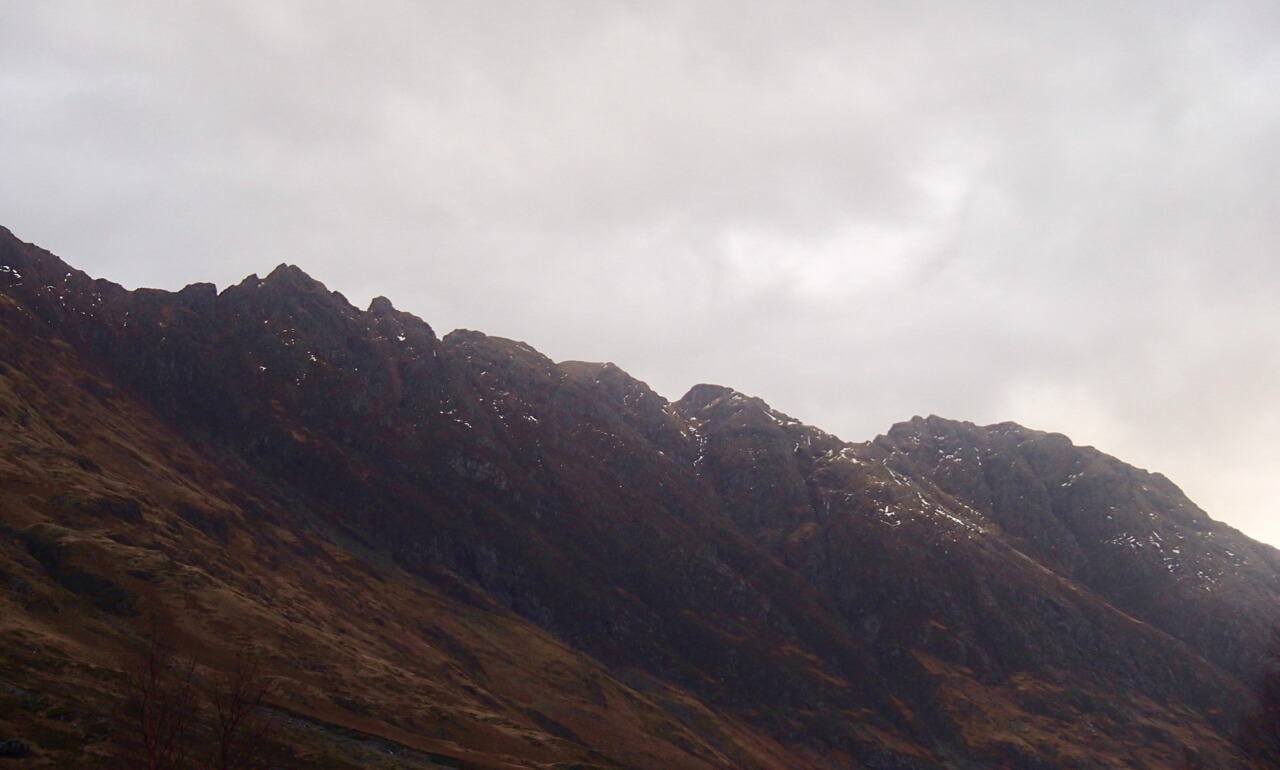 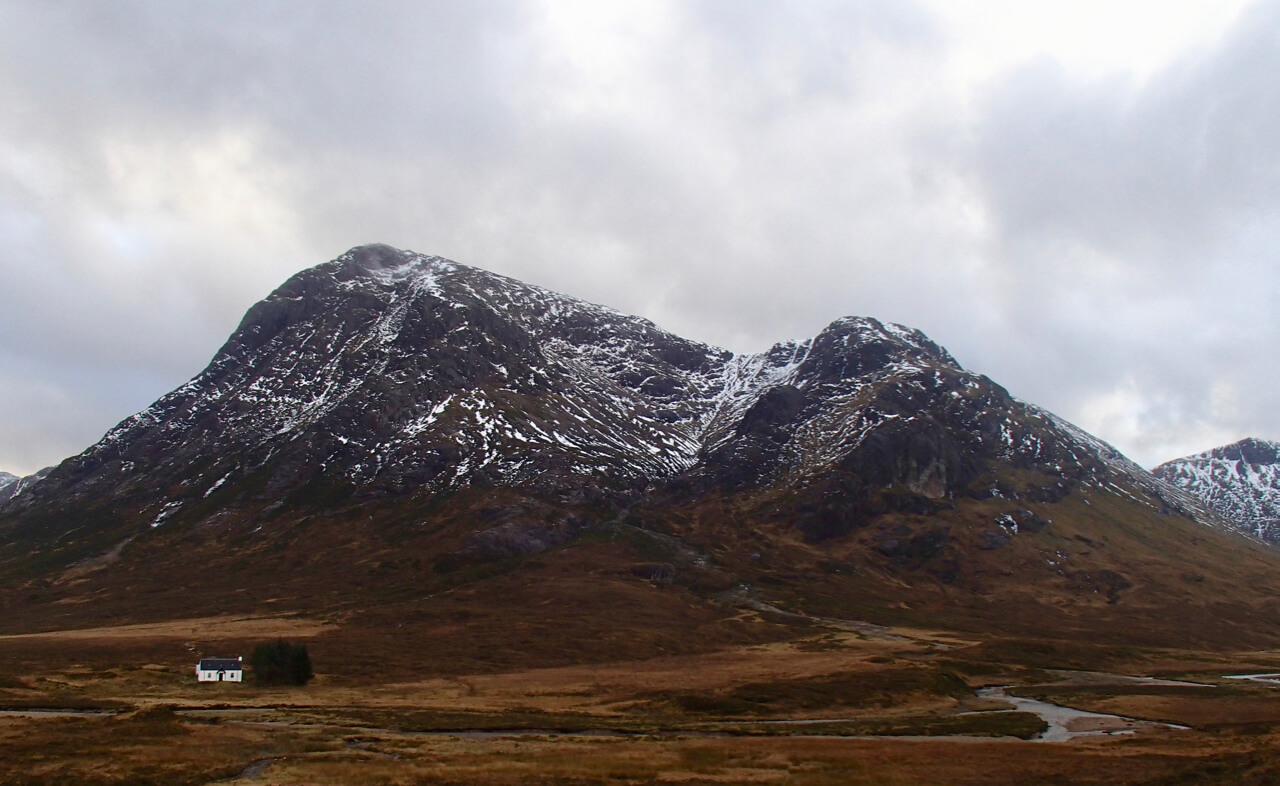 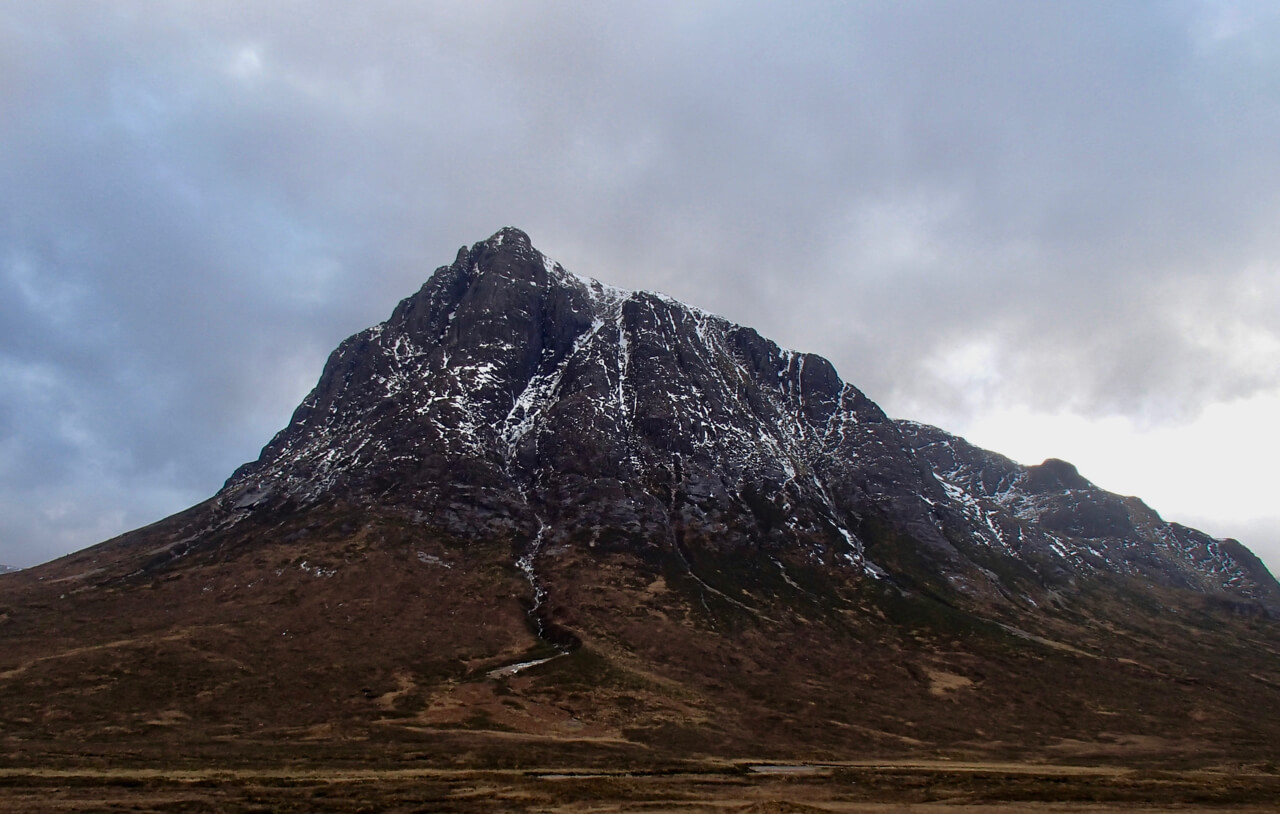 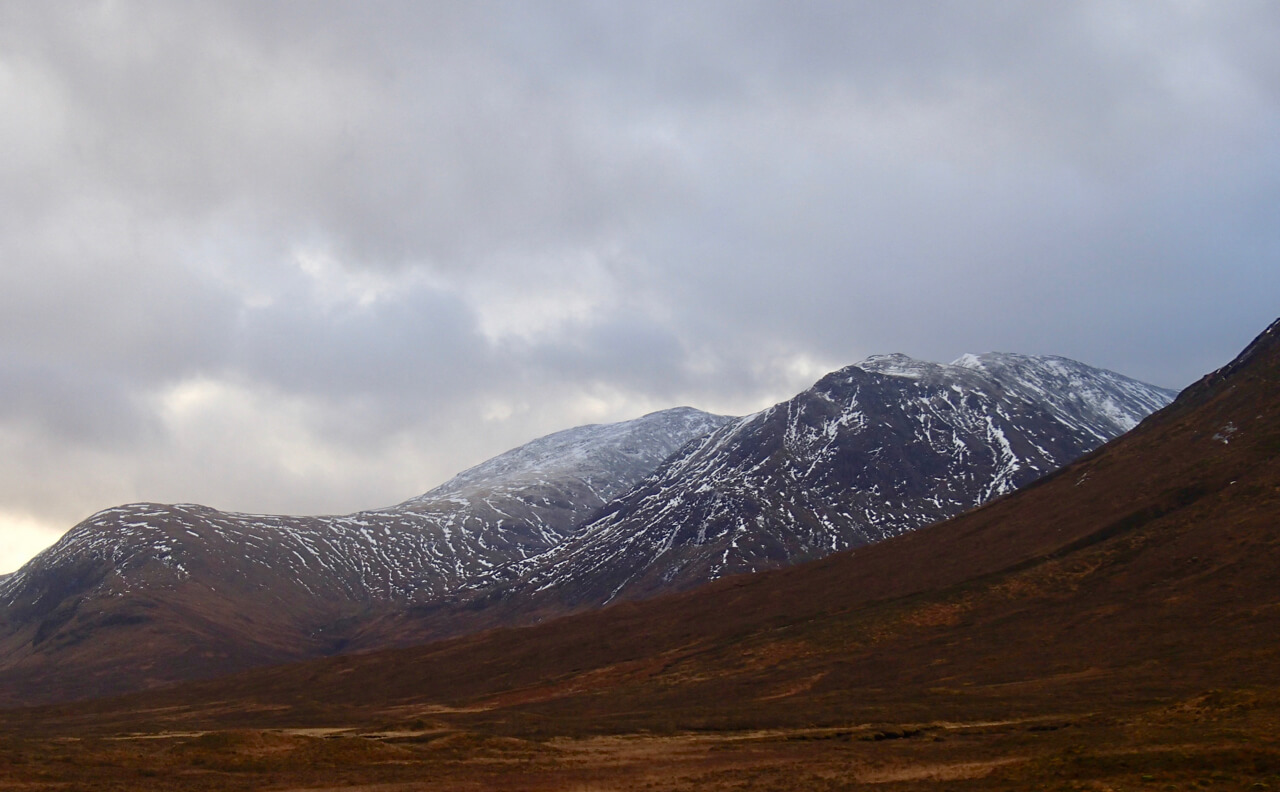 Meall a’ Bhuiridh on the left and Creise on the right, dusting on new snow can just be seen. 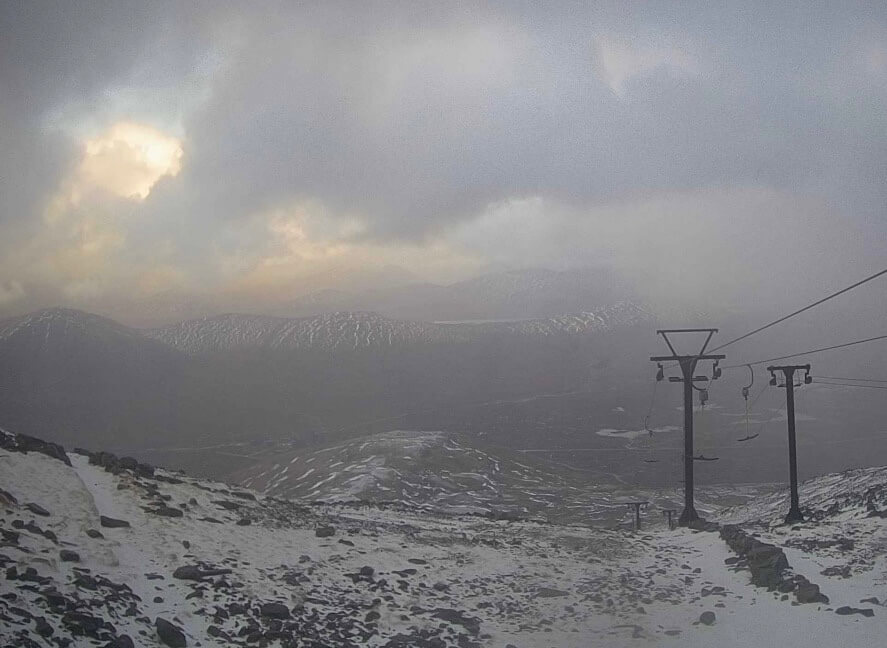 New snow accumulations just below the summit of Meall a’ Bhuiridh. 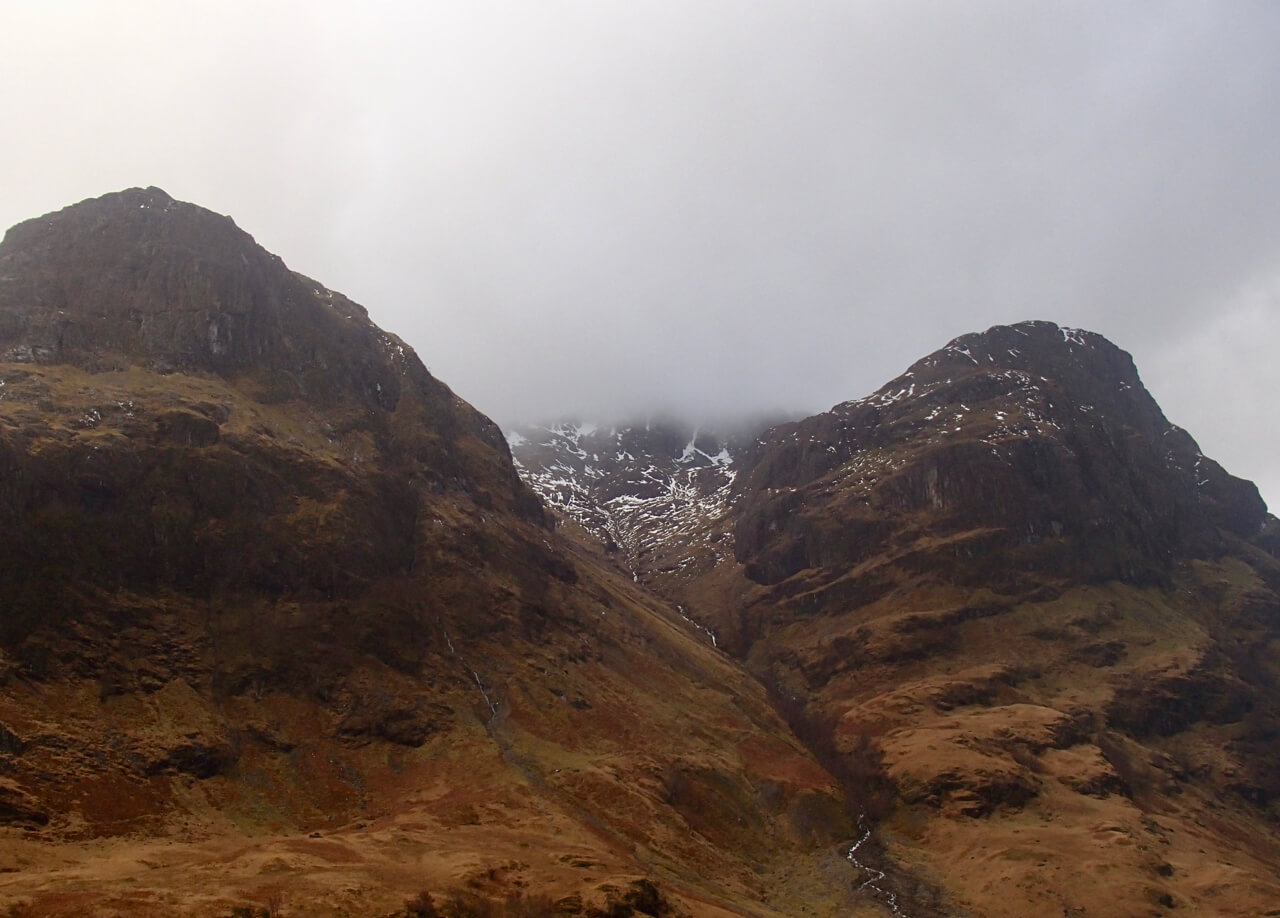 Gearr Aonach on the left Aonach Dubh on the right with the snow depletion on Stob Coire nan Lochan. 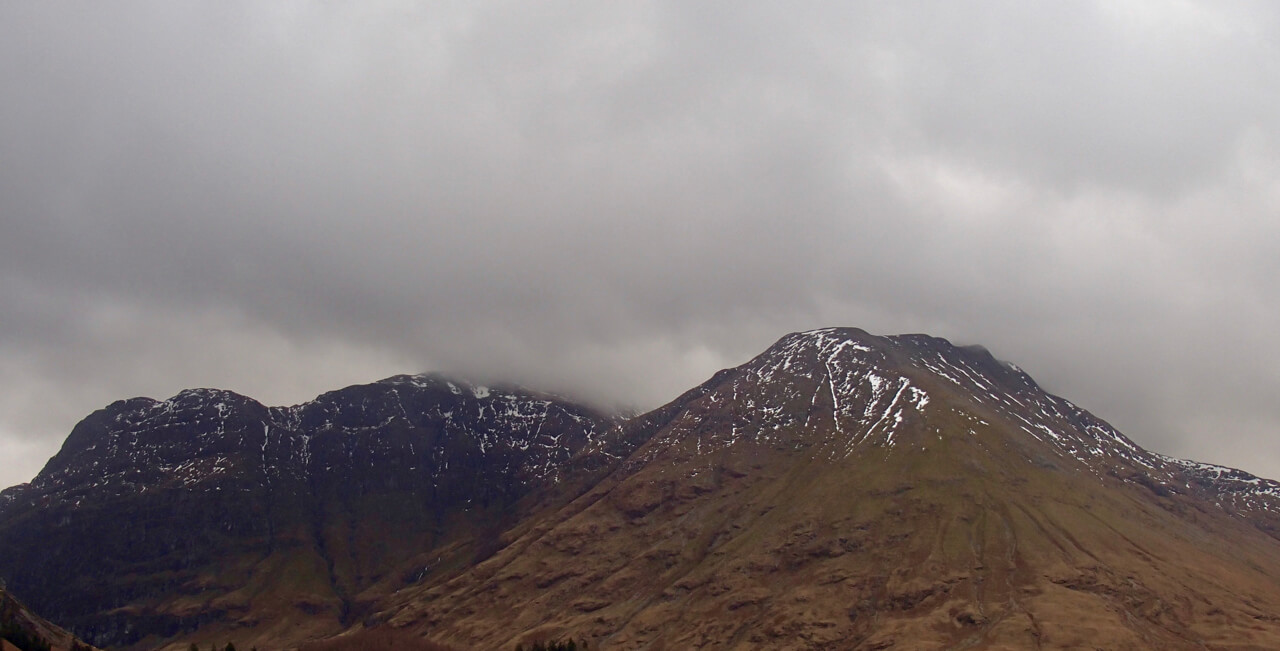 The west face of Aonach Dubh on the left with An-t-Sron and Bidean on the right.