Today conditions were unseasonably mild, temperatures yesterday at sea level were zero degrees Celsius, today at lunchtime 14 degrees celsius these warm temperatures were accompanied by persistent rain.  The winds were also very strong Southerlies this combination of strong winds and rain have advanced the thaw and depletion of the snowpack particularly at lower elevations.

Avalanche Forecast for 20th December 2022: The moist snowpack will re-freeze and consolidate in most locations. New snow amounts are not expected to be significant only a dusting above 700 metres. Greatest accumulations of new snow will be in sheltered locations mainly on North-West to North-Easterly aspects above 900 metres. The avalanche hazard will be Low. 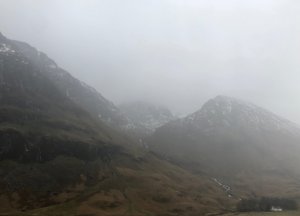 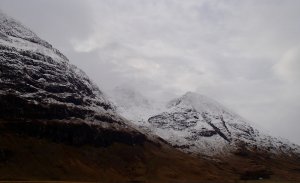 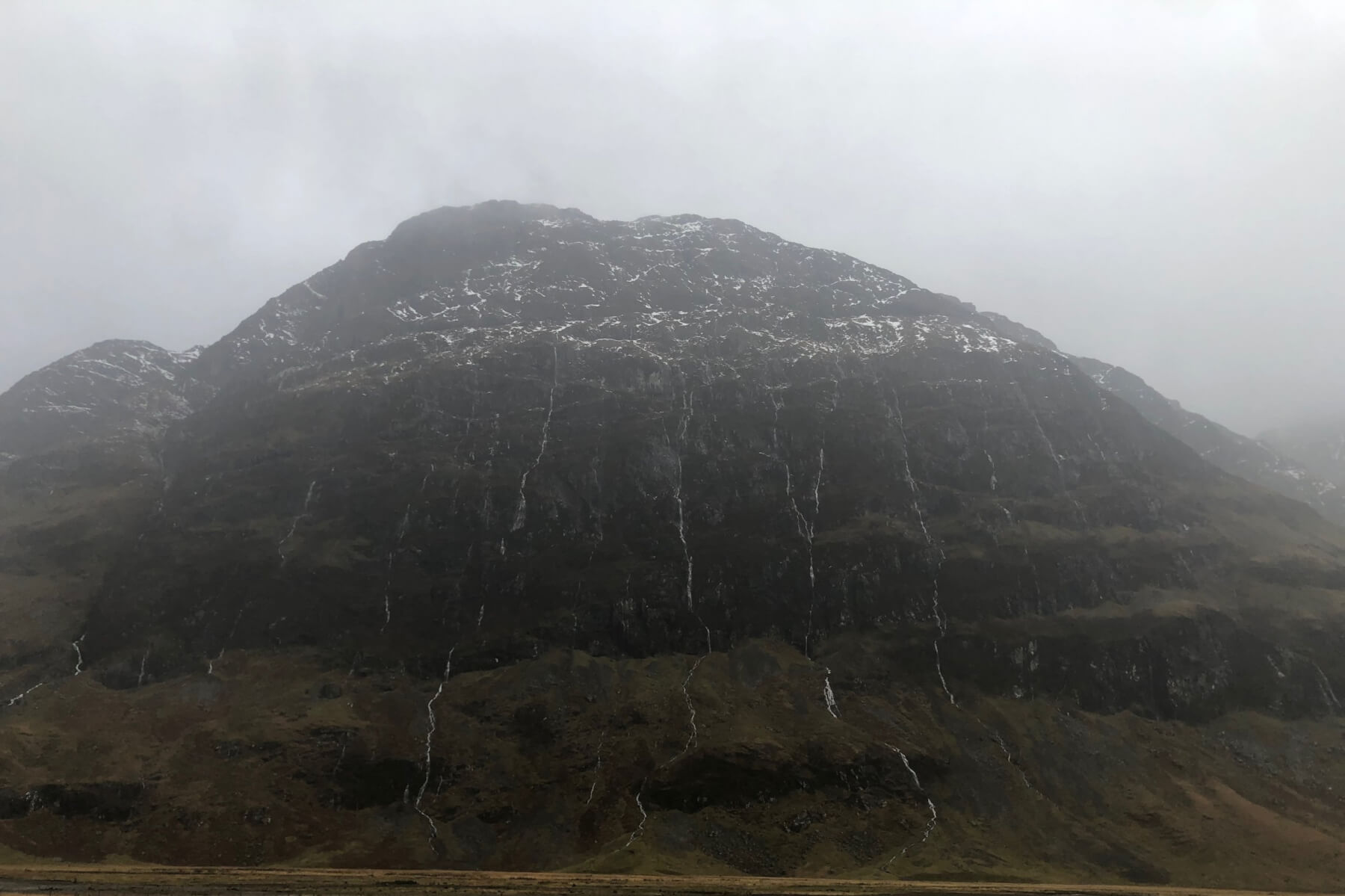 The northerly aspect of Aonach Dubh with many rivulets of snow melt running down its face. 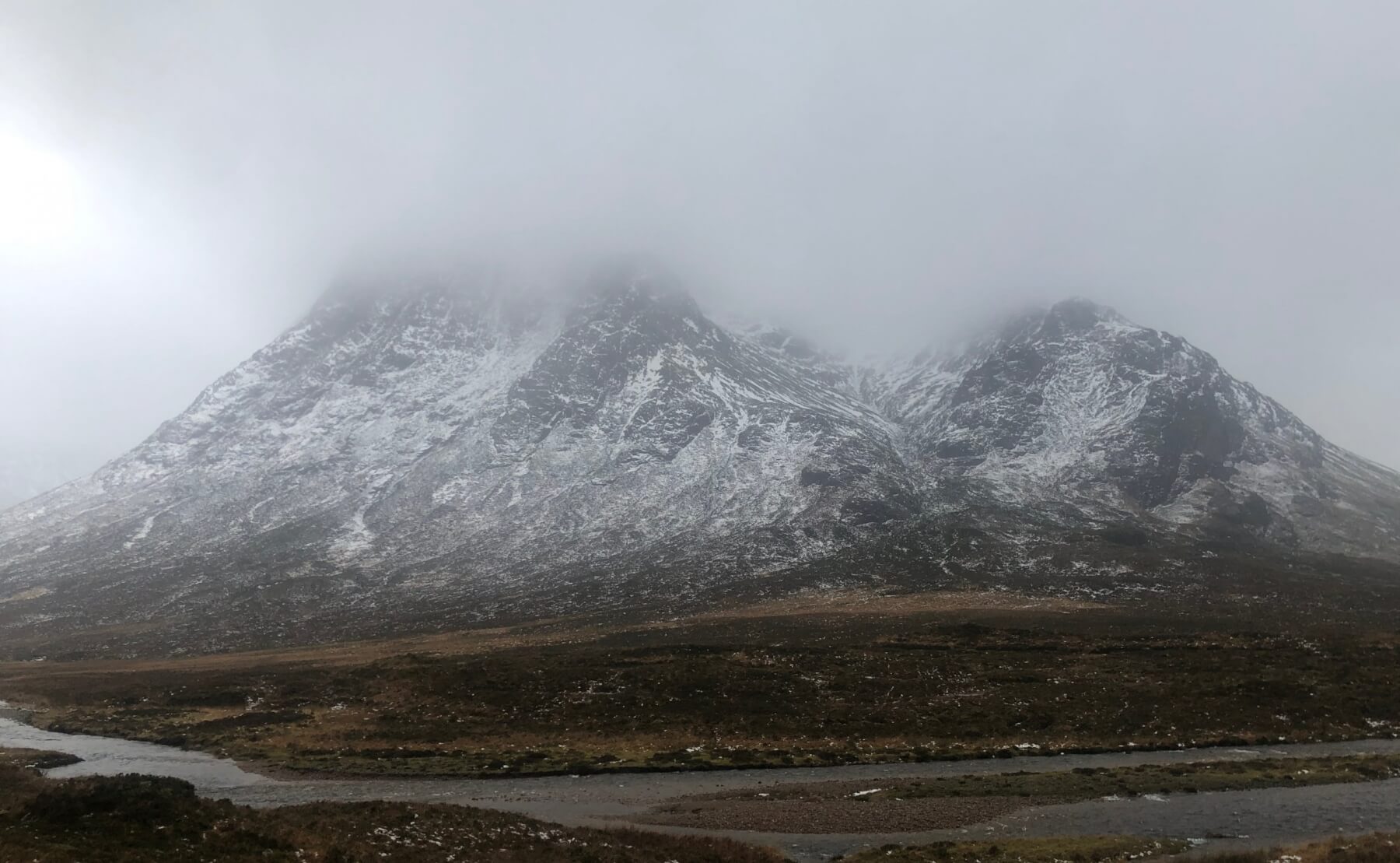 Stob Dearg – Buachaille Etive which is more inland than Stob Coire nam Beith has retain more of its snow cover. 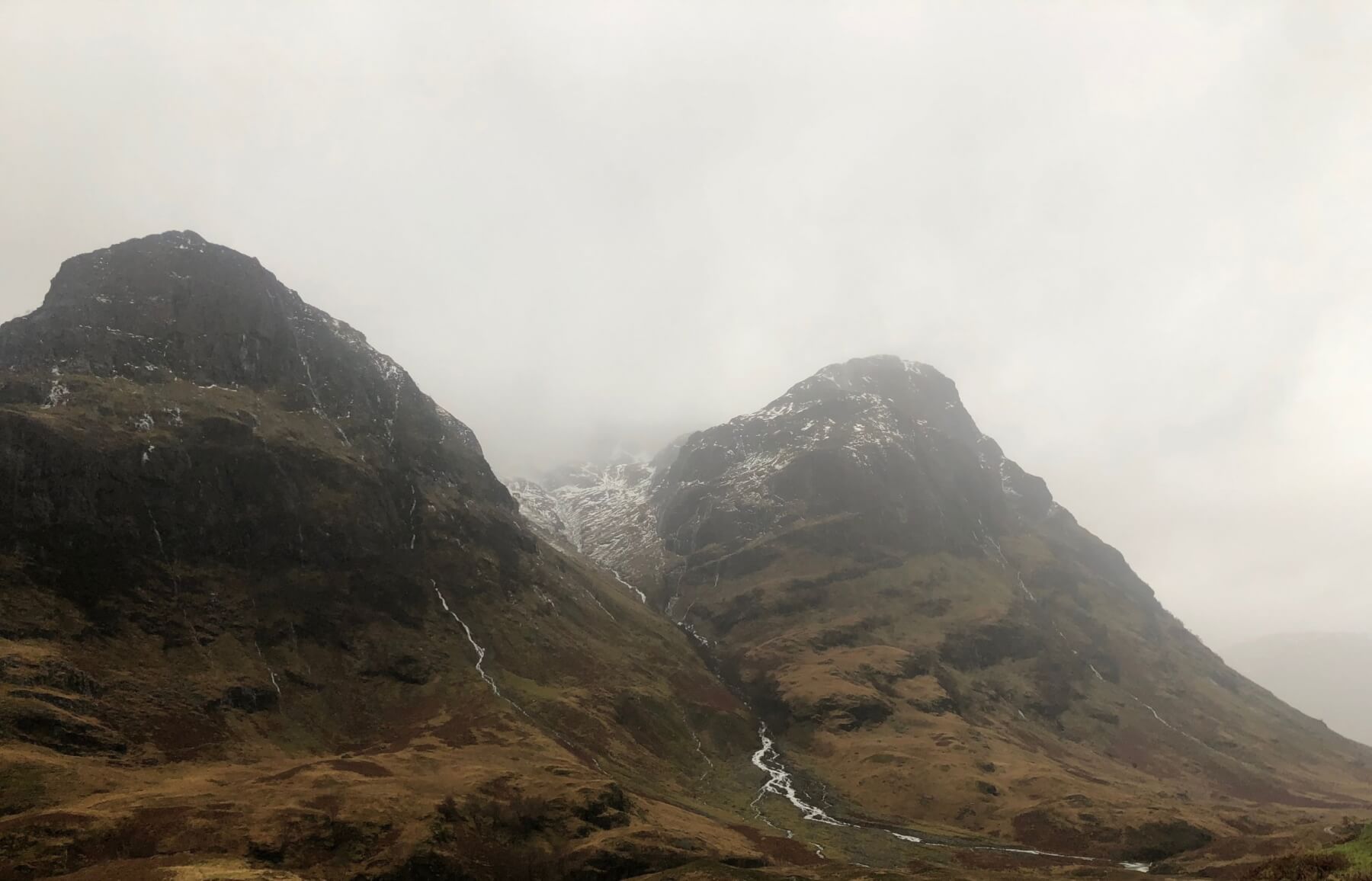 Gearr Aonach and Aonach Dubh, again a lot of water pouring off these mountains. 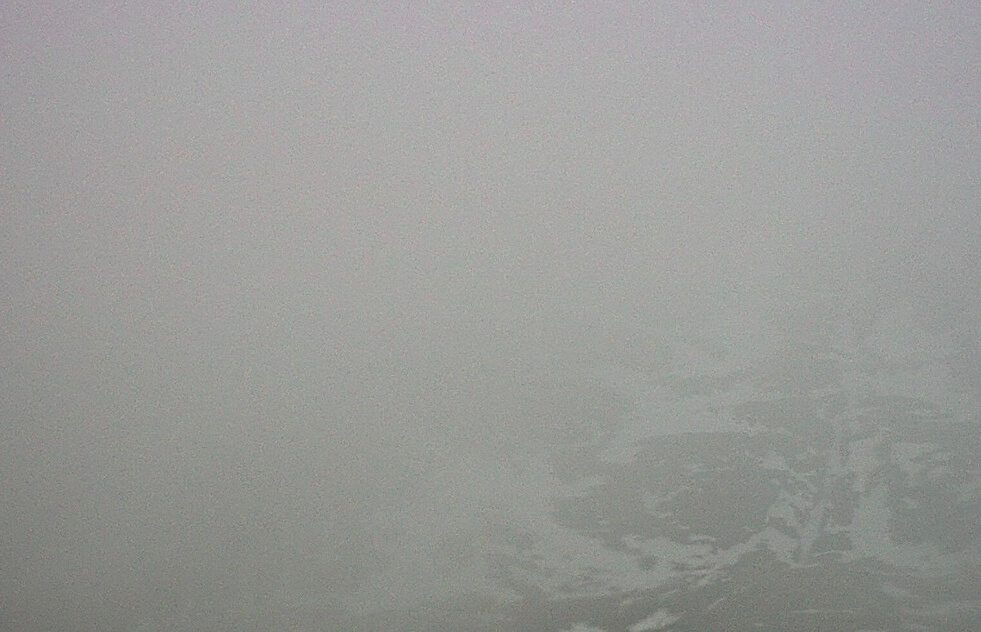 The Visibility today on Meall a’ Bhuiridh at around 700 metres. 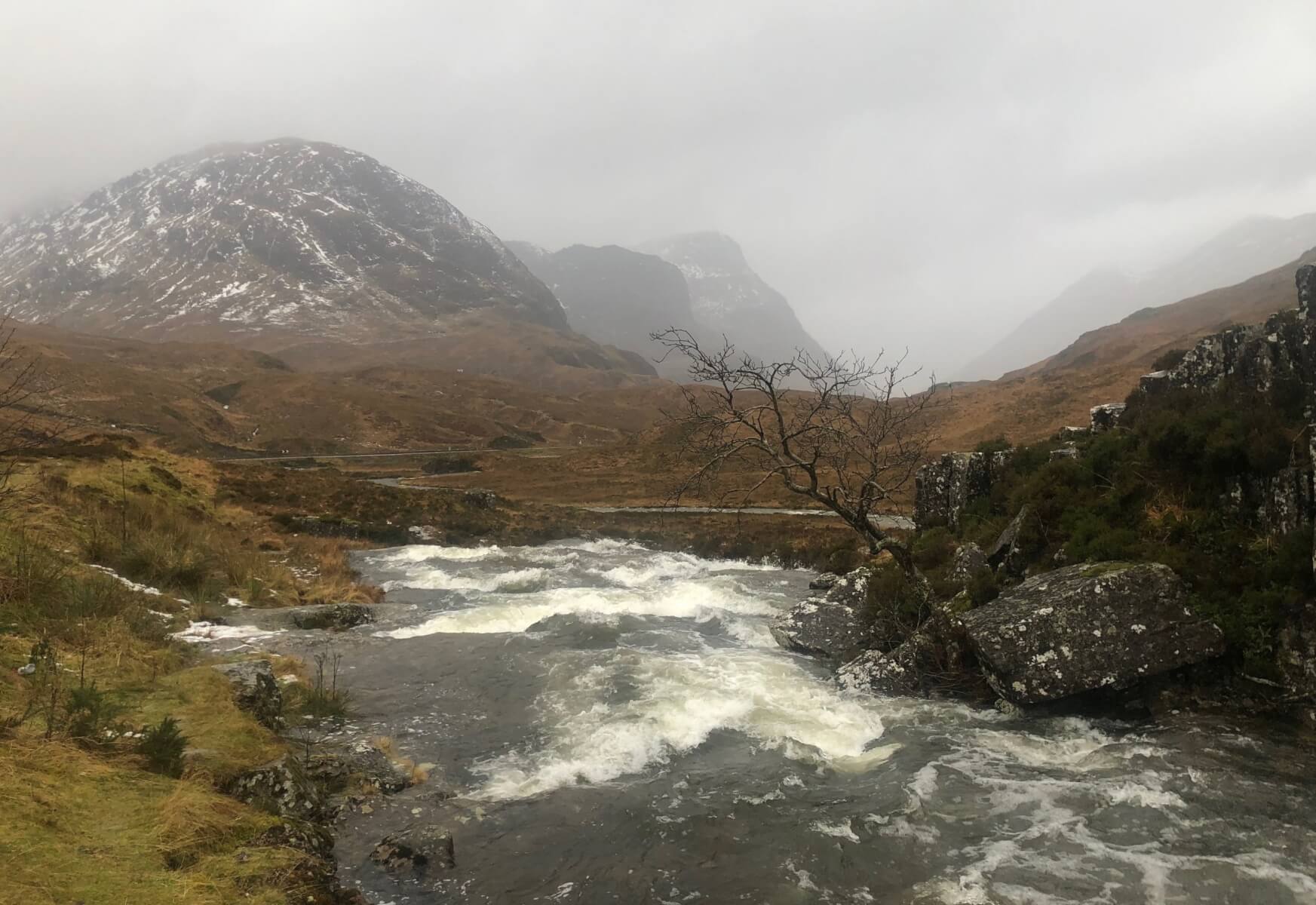 The Three Sisters of Glen Coe. 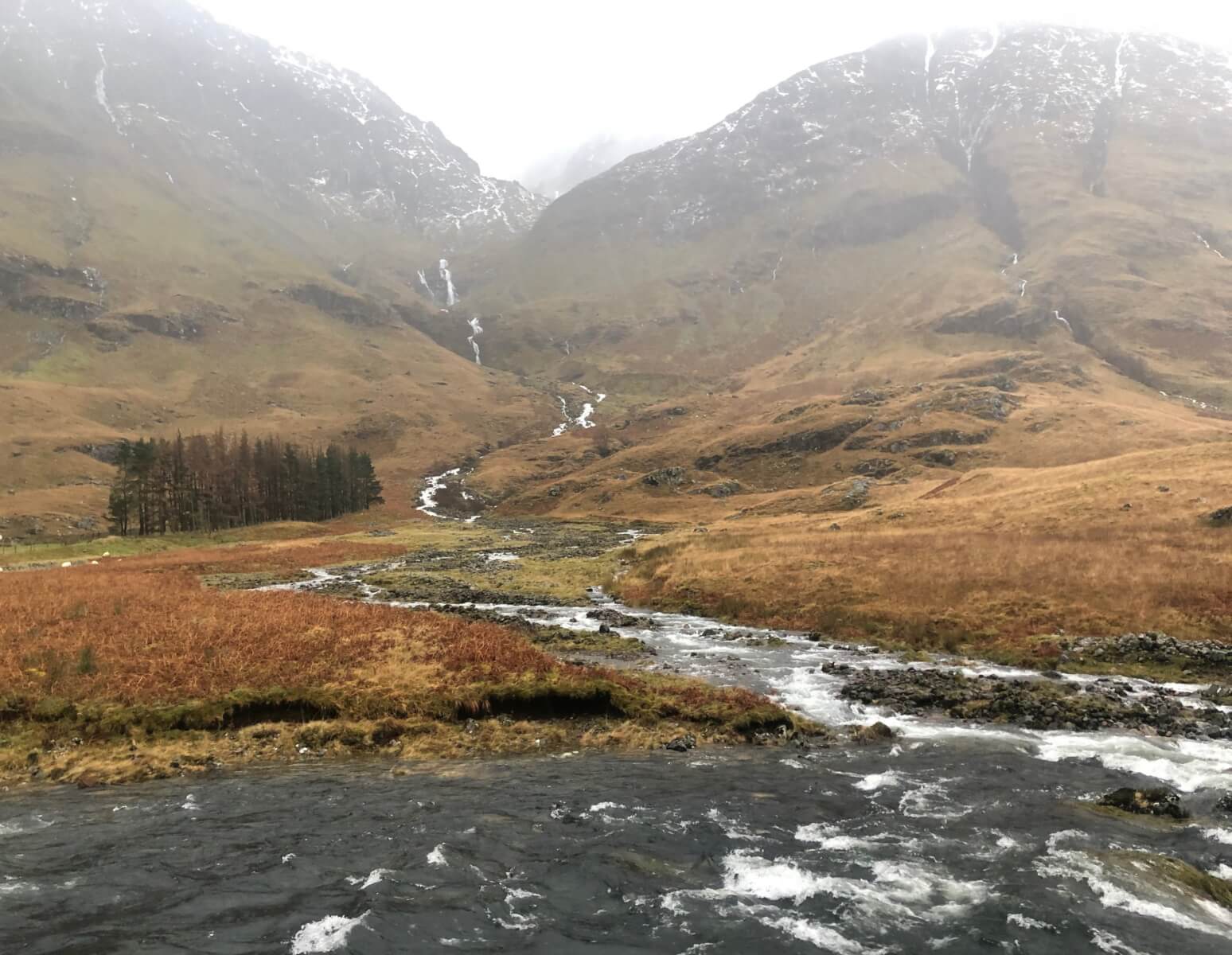