Wet in the glen, snow on the hill

Showers today fell as snow above around 600 metres. It was a windy morning, easing a bit in the afternoon. Poor visibility so not many photos today. 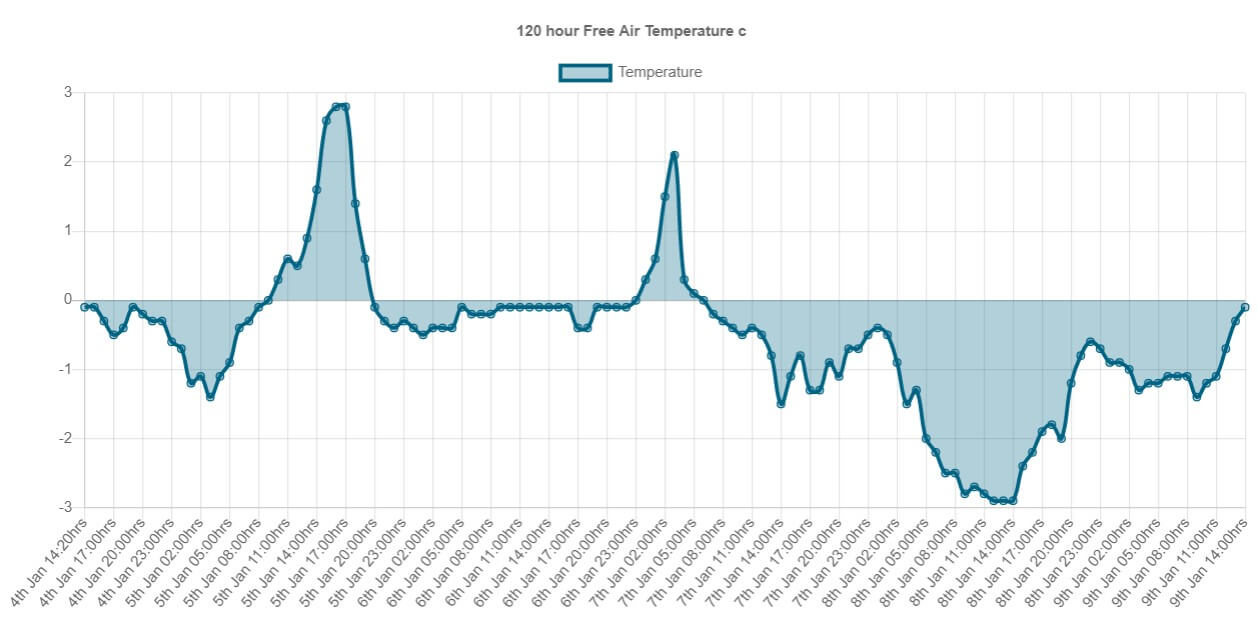 Temperatures for the last 5 days at 1100 metres on Meall a’ Bhuiridh. The two obvious spikes in temperature to well above zero helped to consolidate the snowpack present at that time. Instabilities are currently in the snow that has fallen since. Another temperature spike and heavy rain are forecast for tomorrow (Tuesday) which will lead to poor stability in areas of recent windslab initially, but will help to consolidate the snowpack and improve stability in the longer term. 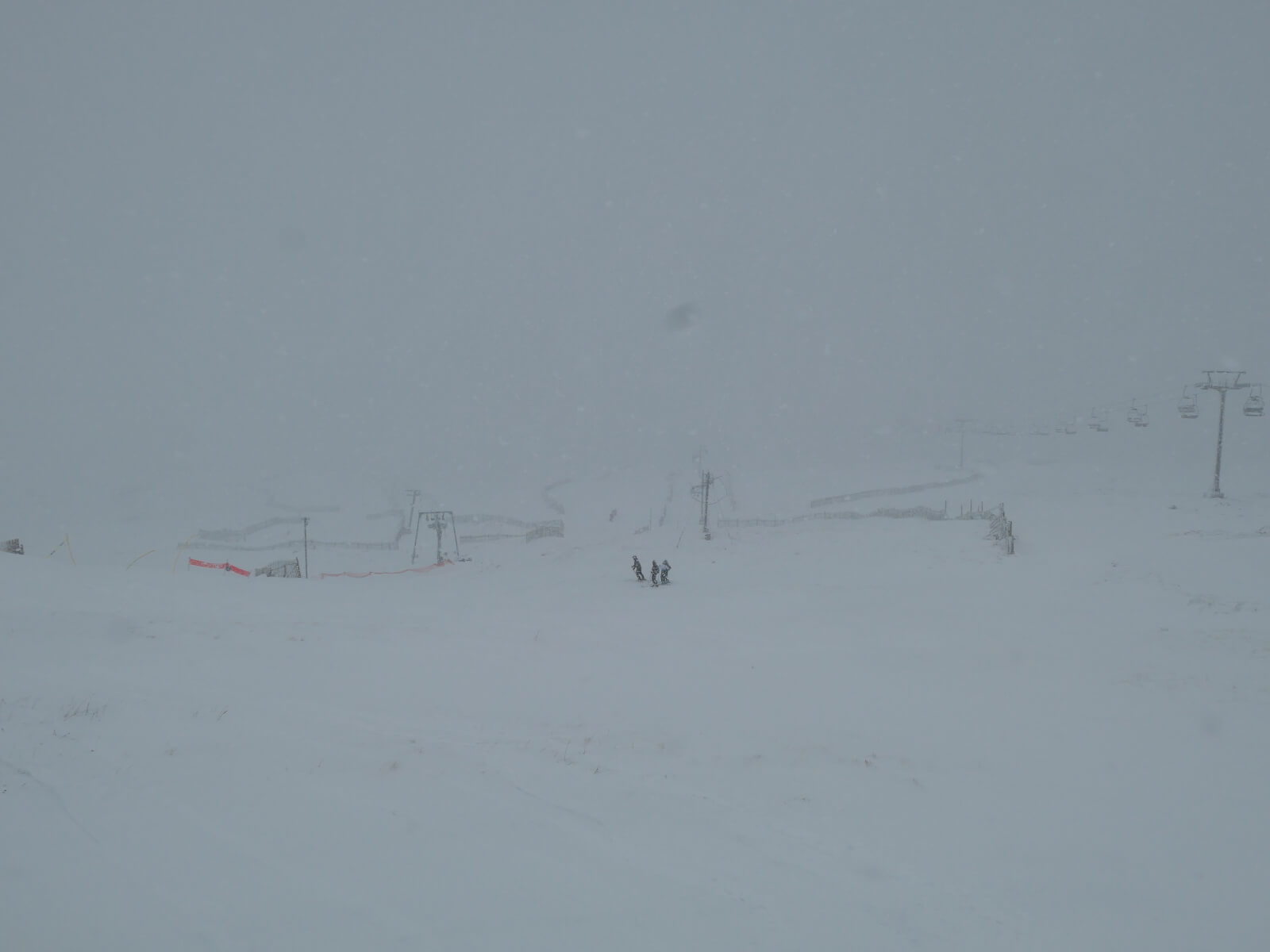 Looking down to the plateau area on Meall a’ Bhuiridh. 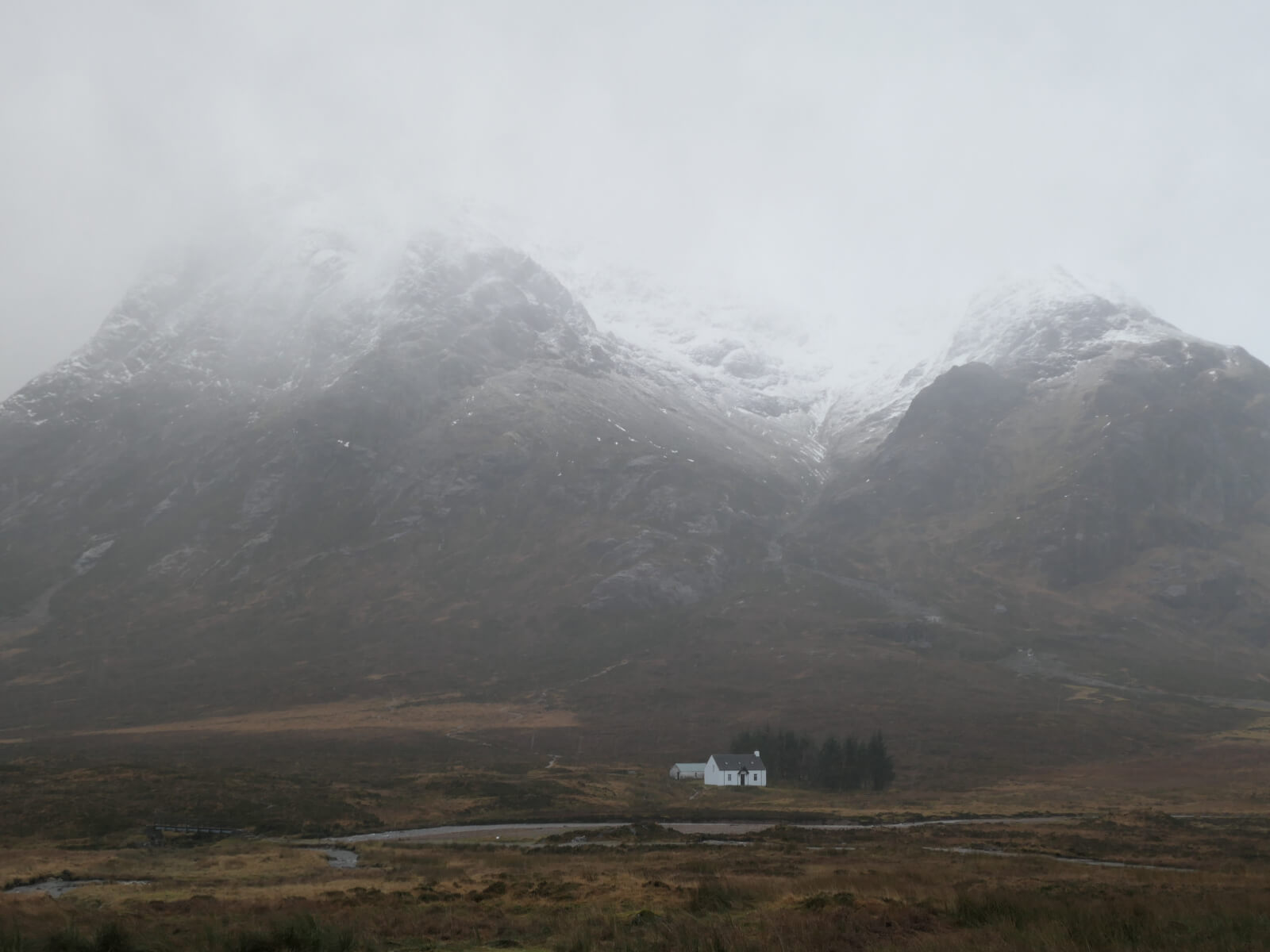 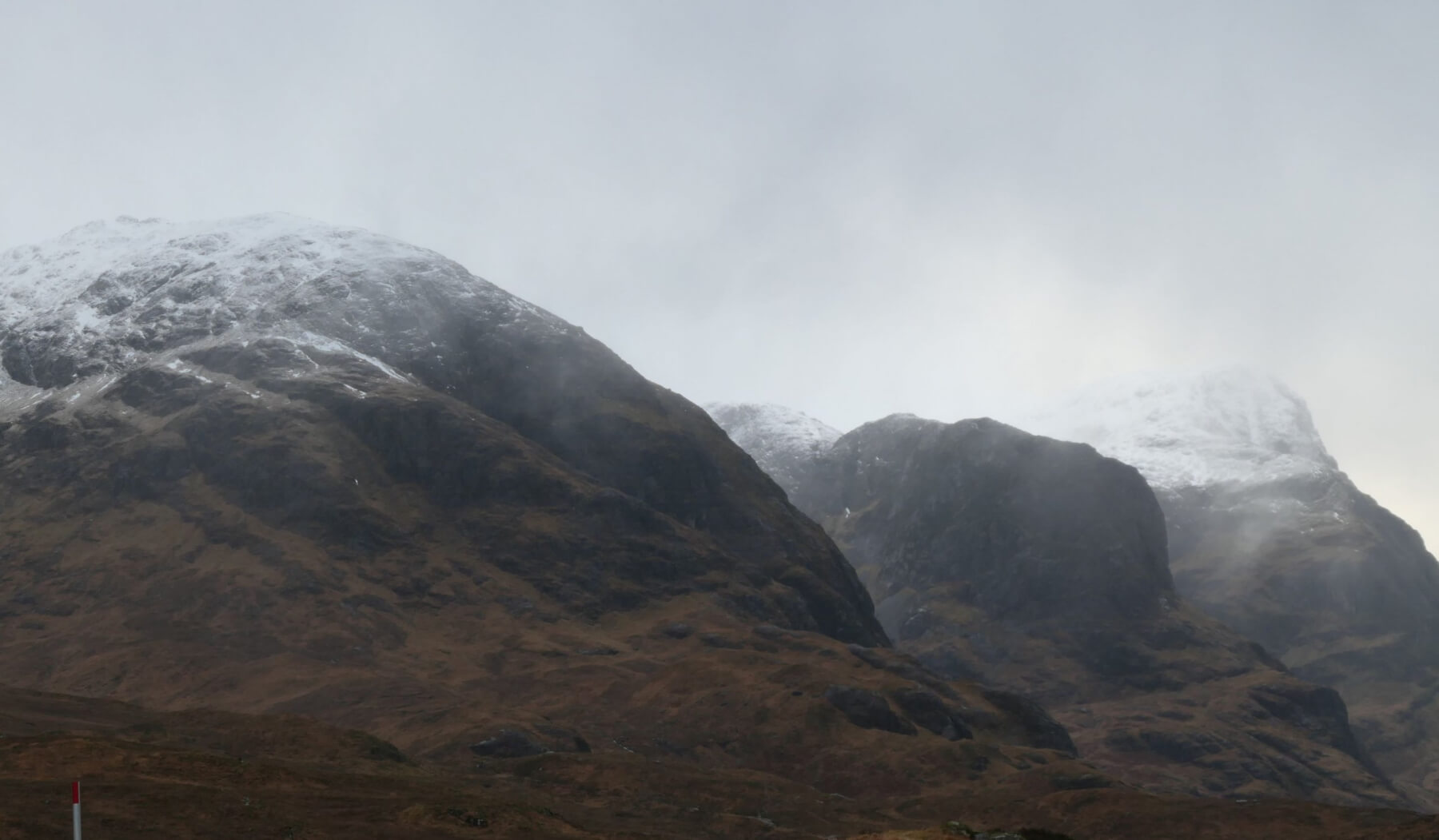